Reclining on an overstuffed lounge chair, shaded by a yellow-striped umbrella, I gazed past the pool to the Italian-style mansion, where guests chatted over lunch on the loggia.

If I had not noticed the Goodyear Tire sign peaking over the resort’s southeastern wall, just beyond the manicured gardens, I might have mistaken my location for a villa in Tuscany.

Instead, I was savoring a staycation at the Commodore Perry Estate in Austin, less than four miles from the Texas State Capitol and downtown. The resort, which has 54 rooms, including five huge suites in the 10,800-square-foot mansion, is one of the newer luxury properties in the Auberge Resorts Collection.

It is also the only one of Auberge’s 22 properties located in an urban setting. But aside from the tire sign, you would not know that this walled, 10-acre oasis is surrounded by the fast-growing, high-tech city of Austin.

The story behind this destination retreat begins in the 1920s, when wealthy cotton merchant Edgar Howard “Commodore” Perry noticed a dusty gravel pit while golfing at what was then the Austin Country Club. The well-traveled Perry and his socialite wife, Lutie, soon envisioned a European-style country estate with a sunken garden in place of the open-pit mine.

By the late 1940s, the Commodore (a nickname Perry earned after a boating mishap, not through his naval service) deemed the mansion fine for parties but too large to live in. The estate changed hands and purposes several times: it was a Catholic school, an educational refuge for an Indian guru and a wedding venue.

As Austin grew in prominence and began to welcome tech giants like Google and Tesla, a local developer who had attended school on the property partnered with Auberge to remake the mansion as the centerpiece of a luxury destination resort.

Marco Bustamante joined the Commodore Perry as the general manager in 2018, when internationally known designer Ken Fulk was overseeing the renovation of the historical mansion and the construction of a new three-story inn to house guests. 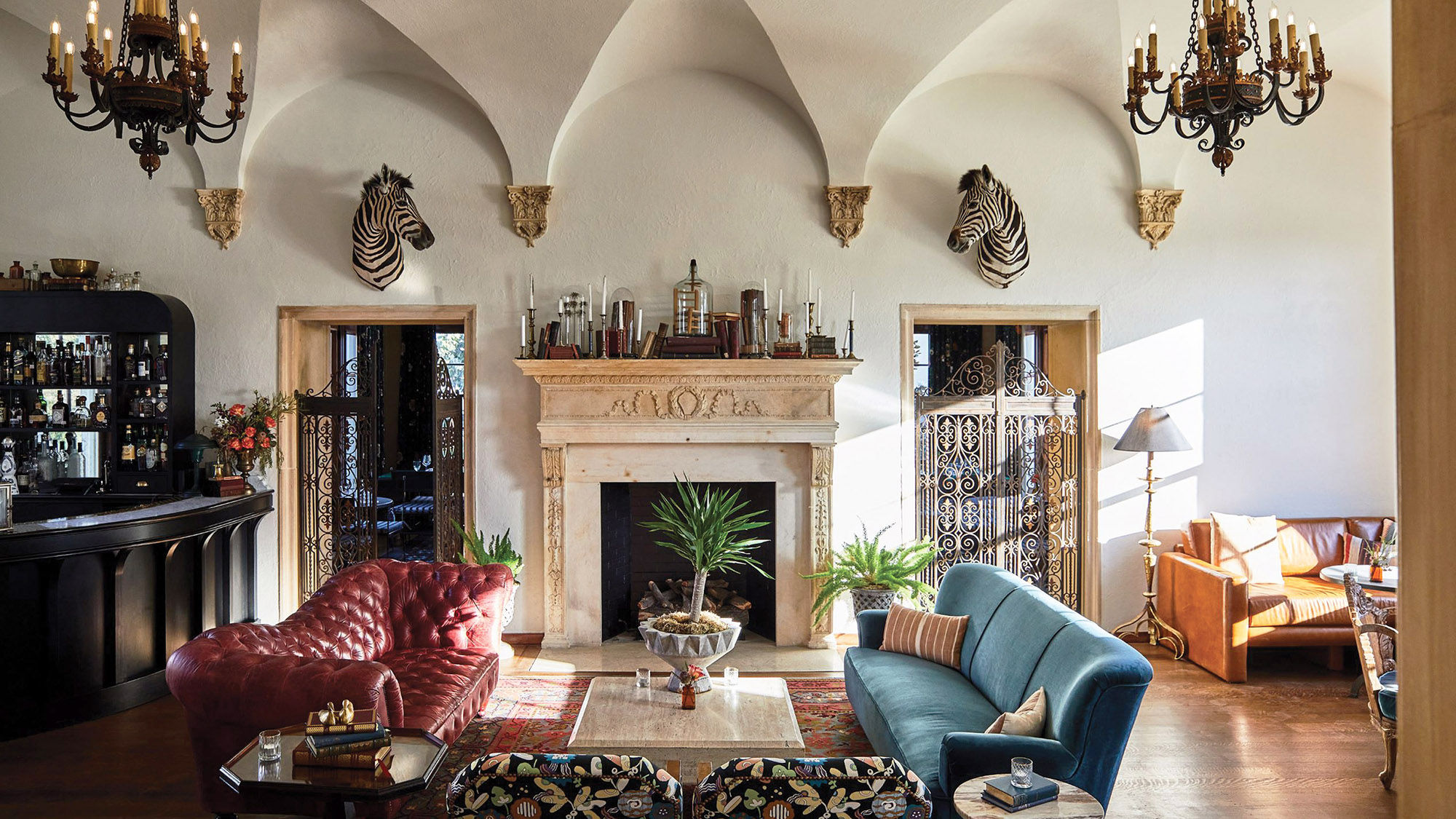 “The goal was to re-create the look, feel and mood of the home when the Perrys entertained friends and family nearly a century ago,” said Bustamante. Displayed throughout the estate are eclectic art, antique furnishings and whimsical gems curated by Fulk, a frequent Austin visitor and devotee of the twice-yearly Round Top Antiques Fair.

By combining European style, heirloom furnishings and the expansive grounds with engaging guest activities such as cooking classes and palm readings, the resort offers what Bustamante calls “approachable luxury.”

If great hotels are quirky, Austin has an original in the Commodore Perry. Every room in the mansion is a treasure trove, from the art-glass light fixtures hanging from the ceilings to the handwoven rugs strewn across refurbished hardwood and tile floors.

The oval-shaped library is a quiet refuge, with leatherbound books, framed sketches, a cowhide rug and drapes made from Pierre Frey fabrics. In the solarium, curry-colored leather chairs coordinate with a restored Moroccan tile floor.

Mansion suites reflect the personalities of the original occupant or a frequent guest. I stayed in the one-bedroom suite of the Perrys’ only child, Edgar Jr. An original painting of a serious-looking young man hangs over an antique writing desk, arranged with a globe, travel books and an old snapshot of the mansion. A plush leather sofa, dark Turkish rug and framed etchings of exotic animals give the living area a masculine feel.

The adjoining bedroom is tented with gray, pinstriped material trimmed with yellow piping. 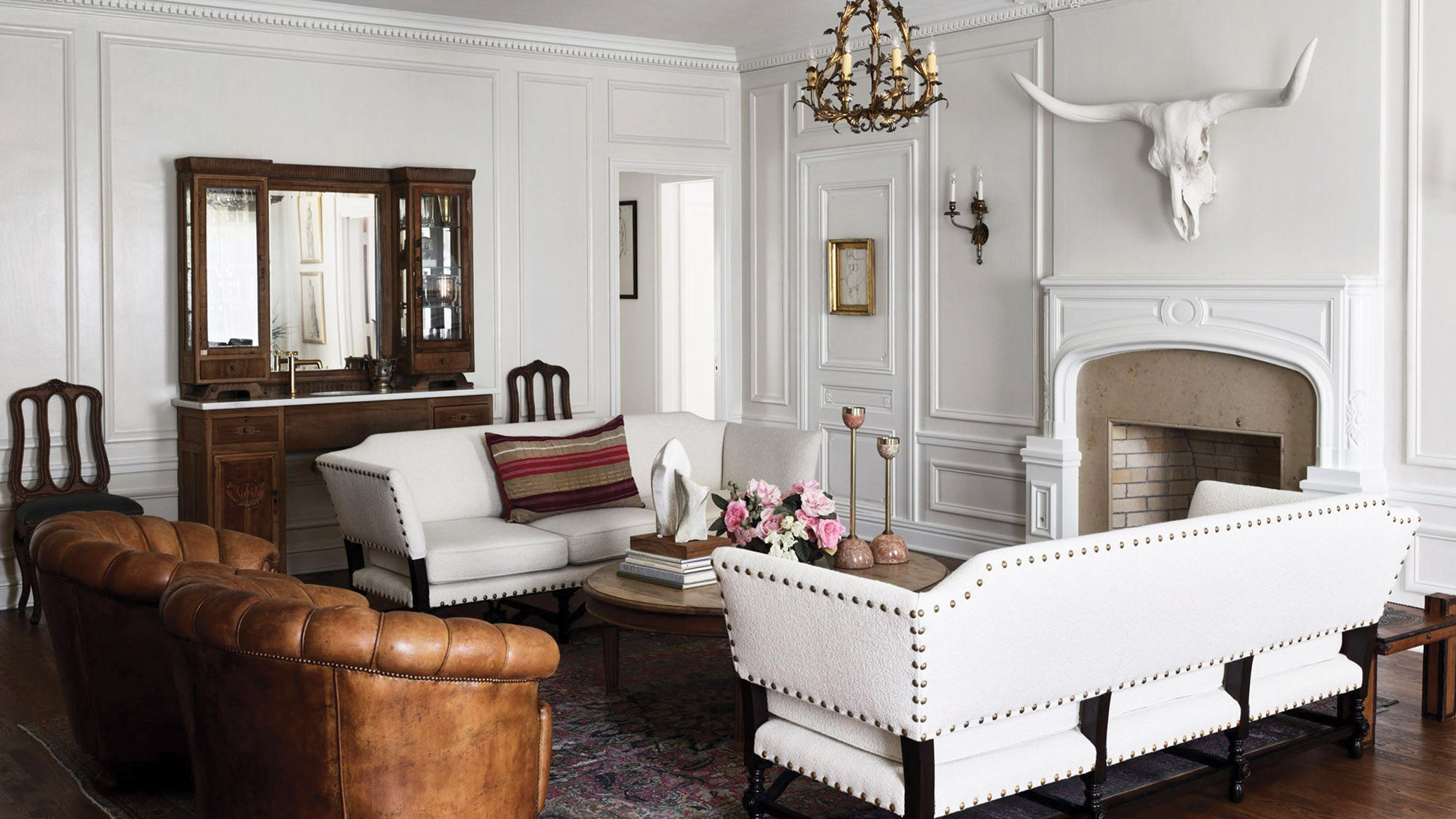 Sales director Blake Miller, who showed me around, describes the resort as “fun and flirty, while still sophisticated.” Guests can wear flip-flops or black tie; either or both are acceptable.

Casual was common when the resort opened in June 2020, amid the Covid pandemic.

To attract guests, Auberge offered staycations to nearby residents confined to their homes. Miller worked with Virtuoso and other luxury agencies to promote the resort as “a little taste of Europe in Texas.”

With Covid rates waning, the resort has taken off. This year, Travel + Leisure magazine named it the No. 2 resort in Texas. Occupancy rates are in the upper 60%, according to Bustamante. 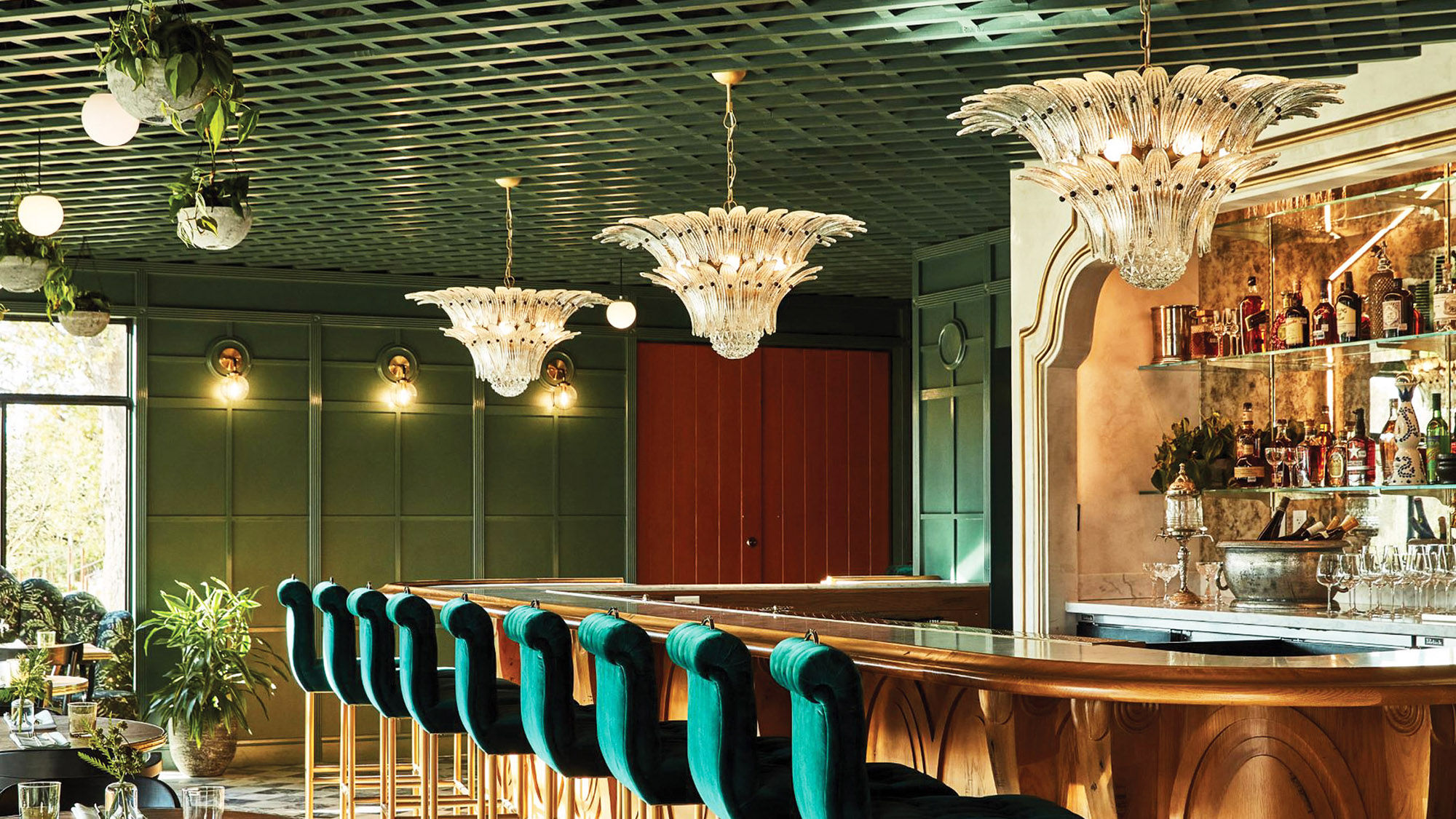 Hotels are not necessarily known for great food, but Auberge Resorts Collection is turning that perception on its head in Austin with Lutie’s Garden in the historical Commodore Perry Estate.

Construction is due to start in early 2023 on 20 homes and condominium units on five acres in the back half of the property, along Waller Creek. A luxury spa is planned as is a renovation of the Perrys’ two-lane bowling alley. The resort also is expanding its private club, whose members enjoy exclusive access.

“In an atmosphere that is uniquely Austin, guests and members can engage socially and enjoy excellent food and beverages, much like the Perrys did,” Bustamante told me. “We believe resorts that embrace design and place appeal to the interests of today’s world travelers.

Nightly rates at the Commodore Perry Estate are $700 to $3,000, depending on the season and room.