Most recently operating as the Boca Raton Resort & Club, A Waldorf Astoria Resort, the 1,047-key, five-property megaresort and private membership club is concurrently embarking on a multiphase renovation project.

The Boca Raton has been a Waldorf Astoria resort since May 2009. The resort declined to provide additional specifics on the brand departure.

The renovation project’s first phase will involve an investment of $175 million, with initial guestroom, culinary and programming enhancements set to be unveiled during the upcoming winter season.

Several of The Boca Raton’s five hotels are currently receiving upgrades, including its historical Cloister property and the adults-only, all-suite Yacht Club, both of which are expected to reopen this winter. Likewise, the 27-story Tower is set to reopen in the first quarter of 2022 with refurbished accommodations and new, flexible two-bedroom, three-bedroom and floor-through suite configurations.

Currently open are the resort’s other two hotels: The Boca Raton’s oceanfront Beach Club, which also houses outdoor Mediterranean restaurant Marisol and a lobby lounge venue, and the Bungalows, a three-story residential-style property that offers two-bedroom suites with full kitchens, as well as a dedicated pool.

The Boca Raton’s revamped food and beverage offerings will include four concepts created in collaboration with New York-based restaurant company Major Food Group. They’ll comprise Flamingo Grill, an American chophouse-style venue scheduled to open this month, as well as yet-to-be-announced Japanese and Italian eateries. An outpost of Sadelle’s, a brunch-focused restaurant with existing locations in New York and Las Vegas, is also on track to open. 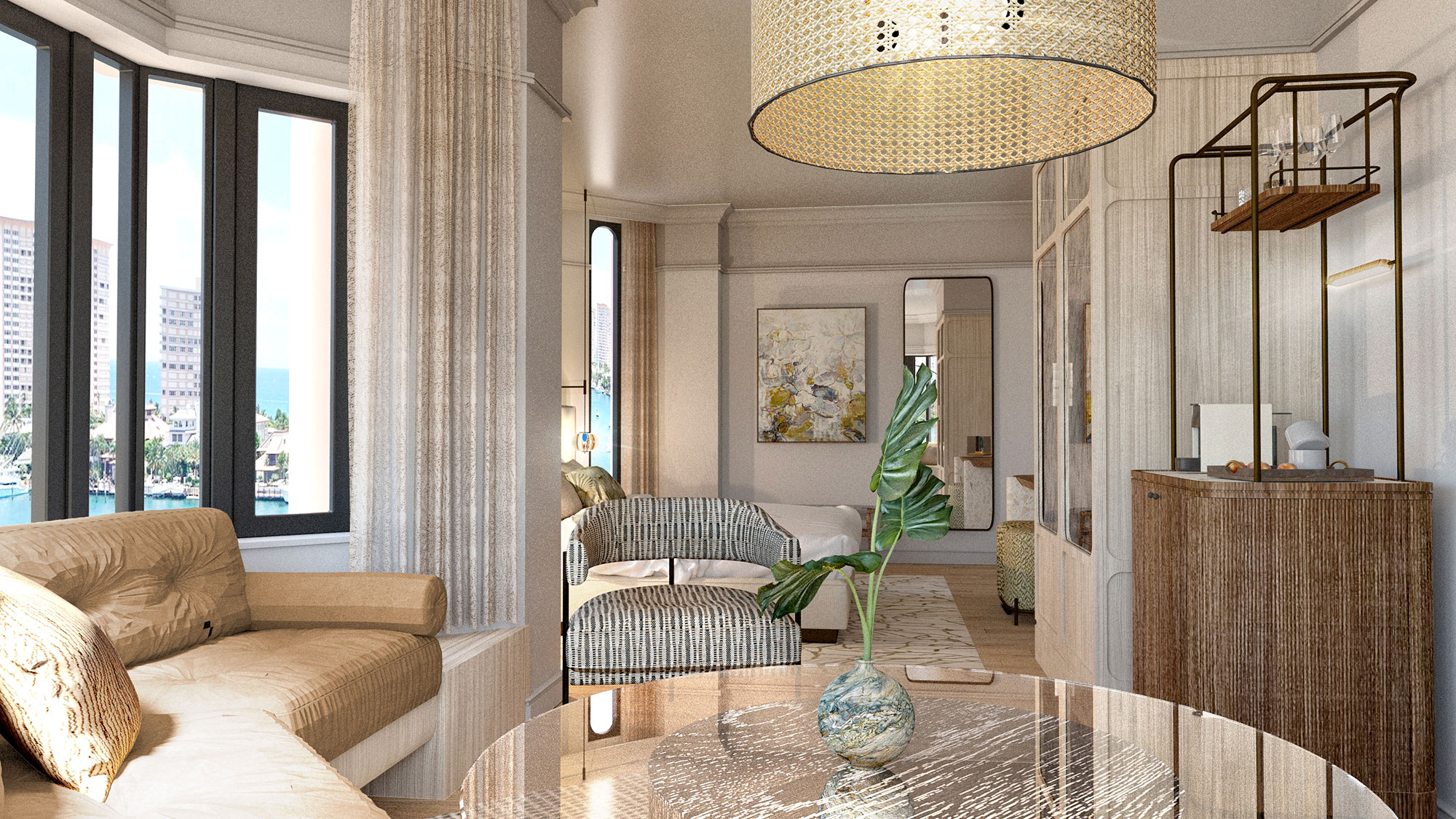 Originally opened in 1926 as the Ritz-Carlton Cloister Inn, The Boca Raton is currently owned by MSD Capital. The 200-acre resort includes notable amenities like a half-mile private beach, an 18-hole golf course, a 32-slip marina and 16 tennis courts.

A four-acre Harborside Pool Club, which will be home to four pools, a 450-foot lazy river, two waterslides, a 5,000-square-foot kids club and a teens club, among other amenities, is also slated to launch this winter.

The resort’s 40,000-square-foot wellness facility, formerly a Waldorf Astoria Spa, has been renamed Spa Palmera and will debut a redesign.

The Boca Raton also plans to overhaul its activity programming, with plans to launch experiences like “supercar racing,” a curated shopping day with a personal stylist and a private boat charter featuring snorkeling and live entertainment.

“We are ushering in A New Golden Era at this iconic resort,” said Daniel A. Hostettler, The Boca Raton’s president and CEO.

“Our resort and leadership team have a longstanding relationship with the travel advisor community and our luxury consortia partnerships,” he added. “We look forward to continuing to work hand in hand as we evolve and support the renaissance of luxury leisure travel.”