Cruise lines will comply with CDC rules and regulations in Florida, despite the most recent court ruling that makes the CDC’s Conditional Sailing Order (CSO) a suggestion rather than an order on ships operating from the state.

“All Florida-porting ships have chosen to voluntarily follow the [CSO],” the CDC said in a statement on Tuesday.

The government health agency said that its CSO and accompanying measures, such as technical instructions, “have become nonbinding recommendations for cruise ships arriving in, located within, or departing from a port in Florida. CDC will continue to operate the CSO as a voluntary program for these ships.” 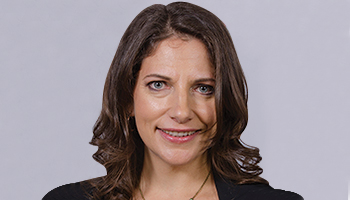 In her Cruise Insight, Johanna Jainchill writes that it’s getting hard to keep track of the lawsuits involving Florida and the CDC regarding cruise restart regulations — and what it means for ships departing from the cruise capital of the world.

CLIA said the same in a statement on July 26.

“CLIA ocean-going cruise line members resuming initial operations from Florida and all other U.S. ports will continue to operate in accordance with public health protocols that prioritize the health and safety of passengers, crew and the communities we visit,” the statement said. “This aligns with the cruise industry’s decades-long commitment to following the advice and guidance of scientists and public health experts.”

Royal Caribbean International CEO Michael Bayley posted on Facebook on July 23, “We will continue to voluntarily follow all CDC guidelines and recommendations.”

The CDC also said Tuesday, “The CSO’s public health measures — informed by the best available public health science and developed with input from cruise industry colleagues — represents the most effective way of continuing to protect the public’s health” and that the CDC “remains committed to working with the cruise industry and seaport partners to ensure that the resumption of cruise ship passenger operations are conducted in a way that protects crew members, passengers and port personnel, particularly with emerging Covid-19 variants of concern.”

Florida Gov. Ron DeSantis had earlier said of the latest court ruling, “The importance of this case extends beyond the cruise industry. From here on out, a federal bureau will be on thin legal and constitutional ice if and when it attempts to exercise such sweeping authority that is not explicitly delineated by law.”

Florida’s case against the CDC to overturn the Conditional Sailing Order has been decided and overturned several times since a judge in June sided with Florida, granting a temporary injunction against the order. The CDC appealed that ruling on July 6, and a federal appeals court sided with the CDC, saying it could indeed enforce the Conditional Sailing Order in Florida. But it didn’t take long for the Eleventh Circuit Court to reverse that decision, which happened July 23, shortly after Florida appealed to the U.S. Supreme Court.