Astrotourism—a term that captures a type of travel that primarily revolves around stargazing purposes or to visits to astronomical facilities, like observatories—is abundant in Chile. The South American country is considered the best place in the world to observe the wonders of the night sky and peer into outer space, due to many areas having the cleanest and clearest air quality and because it enjoys good weather almost all year round (roughly 300 nights annually).

The optimal conditions here also result from the low amount of dust particles, an ideal level of humidity and Chile’s dry geography and high elevation. The north part of the country also has little to no light pollution, which makes it a perfect place to install telescopes to aid the work of international scientists seeking to unlock the mysteries of the universe. In fact, Northern Chile boasts over 40 percent of the world’s astronomic observation centers, a figure that’s expected to climb to 60 percent within the coming decade.

Amateur astronomy enthusiasts find Chile’s vast night skies just as fascinating as the professionals do, which has recently fueled public interest and encouraged the country’s relevant government organizations to develop and expand upon its Astrotourism offerings.

Because observation of the stars, planets and other celestial bodies also occupied an important place in Chile’s native, pre-Columbian cultures, there has also been a movement to combine astronomy programs with historical education. The proposition seeks to promote “Ethnic Astrotourism” (also called, Archeological Astronomy) to help tourists understand past Andean peoples’ connection to the stars, which extended so far as to influence even their social structure. This form of cosmovision was developed centuries ago by the “Likan Antay” or Atacama people.

Tour guides in the Atacama region are versed in this field and operate a number of Ethnic Astrotourism programs for tourists, and many companies also offer guided tours that focus on Astro-photography, led by experienced photographers to help guests capture some of the most astounding images of the galaxy that can be captured from down on Earth.

Chile is home to some of the largest and most important astronomic observatories in the entire world, such as the ALMA Observatory’s radio-telescope (Atacama Large Millimeter Array), the Paranal Observatory and, soon, Paranal’s newest ELT (Extremely Large Telescope) which will make the observatory the largest optic astronomic center on the globe.

Visiting the observatories during the day is free, although there is a limited capacity for bookings, which is part of the reason why planning at least a month in advance is recommended when scheduling an Astrotourism trip to Chile. 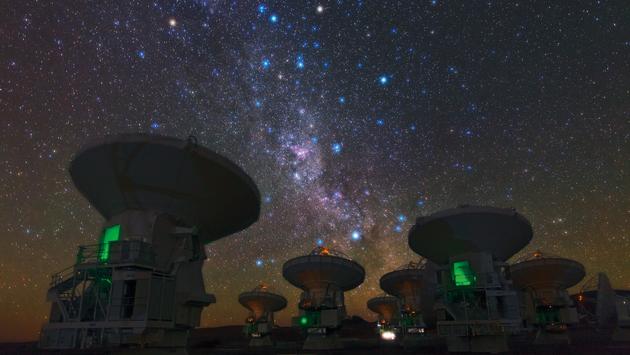 Scientific centers that open their doors to the public include:

ALMA Observatory, located at 16,400 feet above sea level on the road to San Pedro de Atacama, opens to visitors every Saturday, but (for security reasons) only for tours in controlled rooms and facilities where the astronomers work and live.

Cerro Tololo, located In Coquimbo in the Elqui Valley (a region that has been nicknamed “the Star Capital”), in an Inter-American observatory.

Collowara Observatory, located close to Andacollo, is one of Chile’s most modern research centers. It features different-sized telescopes, as well as conference rooms for screening audiovisual content. It also hosts various activities, including theme dinners and horseback riding in the area.

La Silla Observatory, located towards the outskirts of the Atacama Region, is open to visitors every Saturday.

Mamalluca Observatory, located northwest of Vicuña, in the middle of the amazing skies of the Elqui Valley. Visitor tours here include transportation, an introductory talk, plain-sight observation, and big and small telescopes.

Pangue Observatory, located in Vicuña in the Elqui Valley, is home to Chile’s largest public telescope, which measures 25 inches long. Others include the Cancana in Cochiguaz, the Cielo Sur in Pisco del Elqui and the Cerro Mayu Observatory, 16 miles from La Serena.

Paniri Caur Observatory, located in Chiu Chiu near Antofagasta, offers tours that include an introductory talk, classic and Andean constellation gazing and the use of 14-inch telescopes for observations.

Paranal Observatory, located south of Antofagasta, contains some of the world’s most advanced optic instruments.

Pocuro Astronomic Observatory, located in the Aconcagua Valley, houses the largest telescope in the area.

Yepun Astronomic Observatory, located on Chile’s southernmost tip on the shore of the Lanalhue Lake, offers astronomic observation sessions throughout the year, but, because they’re dependent upon weather conditions, visits can only be confirmed a week in advance. 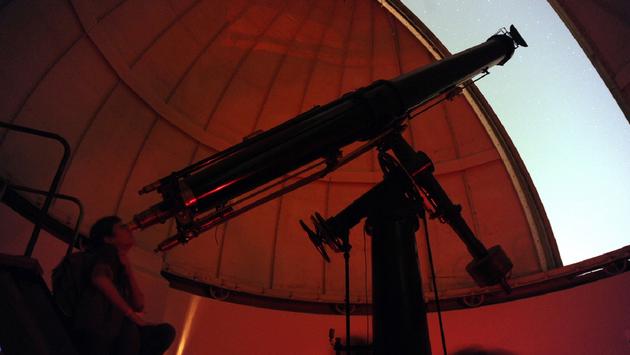 National Astronomic Observatory, located on Calán Hill, offers guided visits from September to May (except in February), subject to weather conditions.