Some Caribbean destinations have largely declined to implement significant travel restrictions and social distancing, even as communities around the world adopt such measures.

Aruba: On March 15, Aruba’s government announced a suspension of all inbound travel to the country by non-residents beginning March 16 through March 31, 2020. Non-residents of Aruba will be barred from entering the country and a “negative travel advisory” will recommend residents suspend outbound travel during the period.

“As you can imagine, this decision does not come without serious consideration as tourism is the lifeline of the Aruban people,” reads a statement from government and Aruba Tourism Authority officials. “However, our highest priority is the health and well-being of our people and our visitors.”

Social distancing is being advocated to minimize risk on the island and “all other protocols defined by the World Health Organization are also in place and shall continue to be activated accordingly.”

British Virgin Islands: The British Virgin Islands government closed the Tortola cruise port on March 14, suspending cruise calls in the territory for a 30-day period “in an effort to protect the Territory from potential contamination.” Of course, CLIA-member cruise lines last week suspended all operations.

There are presently no confirmed cases in the archipelago however earlier scheduled local gatherings and festivals have been postponed including the 2020 BVI Spring Regatta and the Virgin Gorda Easter Festival.

“After extensive consideration, the British Virgin Islands made the prudent decision to put stringent measures in place to temporarily enhance the protocols for entry into the territory until April 13,” said Andrew A. Fahie, B.V.I.’s pemier and minister of finance and tourism.

“It is imperative that we prioritize our limited resources to safeguard our residents and our guests,” he said. “Tourism is our mainstay and it is important that we take measures to ensure our long-term sustainability.”

Dominican Republic: On March 16 the Dominican Republic government suspended flights to and from “European countries [and] China, Korea and Iran” for one month, said officials. The country’s Port Authority also prohibited the docking and disembarking of cruise ships in Dominican ports beginning March 14.

In addition, the Association of Hotels and Tourism of the Dominican Republic (ASONAHORES) postponed the Dominican Annual Tourism Exchange (DATE) conference, originally scheduled for the last week of March, to an as-yet-undetermined date this summer. 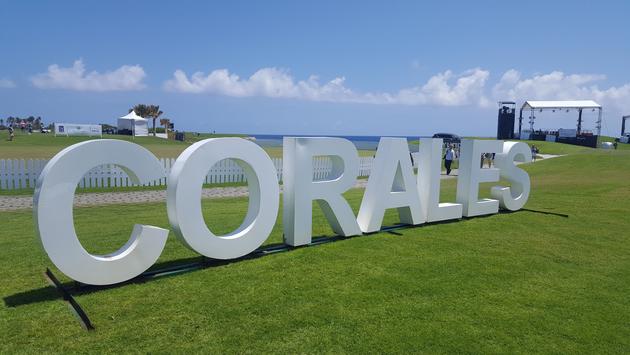 Jamaica: The country declared COVID-19 a national emergency and imposed restrictions on travelers from China, Italy, South Korea, Singapore, Iran, Spain, France, Germany and the U.K. There are 10 confirmed cases on the island.

Travelers who have visited the outlined countries “will not be landed on arrival to [Jamaica],” said Ministry of Health officials in a statement. Additionally, passengers will be screened at all Jamaica gateways by temperature scanners prior to entering the Immigration Hall.

Puerto Rico Gov. Wanda Vázquez instituted a curfew for all residents from 9 p.m. through 5 a.m., to extend through March 30. Citizens authorized for work or emergency response are excluded from the curfew.

“On March 12, I decreed a state of emergency due to [COVID-19],” said Vázquez. “Since then I have urged citizens to maintain social distance to avoid contagion as a result of the first cases reported as positive in Puerto Rico.

“Given that the response of some citizens has not been adequate in the face of the emergency situation our priority is health and protecting the lives of all of us who live on this island,” Vázquez said.

Puerto Rico’s airports remain open for inbound and outbound travel with itinerary adjustments at the discretion of airlines. The San Juan Bay cruise facility is closed with CLIA-member line ships idled. Non-essential businesses have been directed to close and restaurants, including hotel restaurants, may only offer take-out and delivery services.

The island’s hotels remain open, however public areas and amenities including spas, pools, and recreational areas, are closed. All businesses except pharmacies, supermarkets, banks and food or pharmaceutical businesses have been ordered to close.

Flights with passengers from restricted areas who are scheduled to depart Princess Juliana International Airiport will be allowed to return to their home countries.

On March 14 the country expanded restrictions for visitors from China, Italy, Iran, Hong Kong, Singapore, South Korea and Japan to also include the U.K., France, Germany and Spain. Travelers who visited the destinations in the last 14 days “are asked not to travel to St. Kitts & Nevis at this time.”

Persons who do travel to St. Kitts & Nevis from the 11 destinations will be subject to mandatory 14-day quarantines at a designated facility. Citizens and legal residents returning from the aforementioned countries will also be placed on a mandatory 14-day self-quarantine regimen.

“Tourists should know that although there are no cases of coronavirus on Nevis, the government and the tourism stakeholders here are all instituting practices recommended by the World Health Organization and the Centers for Disease Control, the Caribbean Public Health Agency and the Pan American Health Organization,” said Jadine Yarde, the Nevis Tourism Authority’s CEO.

“We want to assure tourists that we are maximizing our natural resources to fortify our immune systems and taking swift actions to respond to anything that may arise.”

The Turks & Caicos government imposed a “refusal of entry” of direct flights to the territory originating from China, Iran, South Korea, Italy, Singapore, Macau and Japan, and “any other country where there is known or thought to be sustained human-to-human transmission of Covid-19.” The territory has no suspected or confirmed COVID-19 cases, said officials.

Persons who have visited the listed countries in the last 14 to 20 days and who do not have permanent residency in Turks and Caicos Islands will not be granted landing privileges at any of the country’s ports of entry.

“The Ministry of Tourism will liaise with partners to determine the exact extent of the impact of this disease on the industry,” said Ralph Higgs, minister of tourism, “and put in place the appropriate measures regarding public relations and marketing strategies that are or will become necessary to safeguard this vital industry.”

Barbados: There are “no restrictions on travel to Barbados as a result of COVID-19,” officials announced. While screening and testing are underway, no individual on the island has thus far tested positive for COVID-19 exposure.

“We continue to welcome and embrace visitors to our shores, however, the protocols established by the Ministry of Health and Wellness to contain any potential spread of the virus remain in effect,” officials said in a statement.

Nevertheless, the island will quarantine “all persons coming to Barbados with a history of having traveled to countries with widespread local [COVID-19] transmission” specifically China, South Korea, Iran and Italy, for 14 days after the last exposure.

“Any person with potential exposure who develops symptoms consistent with coronavirus will be admitted to the National Isolation Facility for testing and further management,” the statement adds.

Martinique remains in the first stage of a three-stage prevention protocol following the H1N1 flu epidemic in 2009. Under the protocols disembarking cruise passengers are being systematically screened and additional sanitary inspectors have been positioned at the Martinique Aimé Césaire International Airport.

“It is very important that our guests be aware that the regional and tourism authorities are prepared and have taken in the last weeks all the necessary steps to prevent and contain the virus,” said François Languedoc-Baltus, director of the Martinique Tourism Authority.