Many after school clubs have struggled to reopen due to restrictions in place to limit the spread of coronavirus, a leading body has told The Independent.

These clubs – which parents use for childcare in after school hours – could operate again at the start of June, when certain school years started going back to school in England.

However, “in practice very few of them did as it was so difficult”, Clare Freeman from the Out of School Alliance (OOSA) told The Independent.

Government guidance on how to reopen safely tells clubs to keep children in the same bubbles – or groups –as schools use during the day to limit their contact with others, and to have no more than 15 children put together.

This has led to clubs needing more staff than usual, as some pupils would have to be kept separate, Ms Freeman explained.

“It just wasn’t financially viable to run,” Ms Freeman, the director of the national organisation which supports out-of-school clubs, said.

After school clubs were initially told they could only open on school premises, which became a barrier to opening for those not based on school sites, Ms Freeman told The Independent. However, this guidance was loosened at the start of this month.

For those that could theoretically open on premises, some schools – who may have had to spread children in bubbles across the site and create social distancing-friendly areas – could no longer offer the space needed for clubs to go ahead, the OOSA’s director said.

He said the organisation was running two of their 10 locations at the moment for key workers’ children.

No hype, just the advice and analysis you need

“Theoretically, we could operate for the children which are back in school, so Reception, Year 1 and Year 6,” he said.

“However, the restrictions that government put in place of bubbles of 15 and in class bubbles … we wouldn’t have had the different spaces in schools.”

He added: “It wouldn’t be viable as well, because we’ve only got one or two children in each of those different groups.”

He said his Cambridgeshire provider is hoping to reopen to all children in September, and are planning to do their holiday clubs after schools break up next week.

However, some have taken the decision not to open because guidance did not come out early enough, Ms Freeman from the OOSA said.

“Most club providers, especially the big ones, need six to eight weeks’ time to set up a holiday club,” she explained, adding guidance for how holiday clubs can reopen was published three weeks before the end of term.

“That meant lots of club providers had, in the weeks back, had to make the no-go decision.”

She added: “Quite a few of the big chains decided, no we aren’t going to run. They couldn’t hang on waiting for guidance.”

John Card, a parent from Brighton, said he has experienced less options than usual for summer childcare for his son and daughter, who are both in primary school.

“A number of them we are on the mailing list for have contacted us in the last week or two to say they’re not opening,” he told The Independent, “because whether it be the uncertainty or whether the guidelines just meant that they didn’t think they could operate. Our options have been limited to say the least.”

Mr Card said it was “difficult” facing a summer break where they are still unsure about their childcare options over the summer holidays, which start next week, after a tricky three months trying to balance running a business from home while trying to look after his children and help with homeschooling.

He has managed to book his 9-year-old son into a football academy he often goes to for a few days here and there, but said it has been harder to get a block booking. With his 6-year-old daughter, he said: “So far, we haven’t found it much yet.”

Mr Shah said he has noticed a surge in demand at Cambridge Kids Club’s summer clubs.

“We got almost 500 parents on our waiting list now for places, which is probably about three times the normal number we would expect for a summer holiday,” he told said.

Government guidance for holiday clubs advises operators to keep children in small, consistent groups of no more than 15 with at least one staff member, and for a child to stay in that same group for all future sessions, although providers can use their “best judgement” to minimise mixing.

Mr Shah said his club are taking week-long bookings, rather than for the whole summer period. ”At the end of that week, we will do a deep clean and then reset the setting for a new bubble the following week,” he said.

Cambridge Kids Club is also working with schools to increase available space, so parents can do drop-offs and pick-ups in different locations, and children can use different playgrounds and toilets, for example, to stop bubbles from coming into contact with each other.

“Our underlying concern is if we didn’t operate a holiday place scheme, then there would be hundreds of children with no childcare, who may have to spend time with potentially grandparents,” Mr Shah told added, ”which we think would be probably more riskier, or using unregistered childcare and that would spread the virus even more.”

A Department for Education spokesperson said: “Holiday clubs and other out-of-school settings play a vital role throughout the summer holidays – engaging children with entertaining activities, as well as providing much needed childcare for hard working parents who need our support to return to work where they can.

“The measures we have asked providers to put in place are to reduce the risk of transmission. By following the guidance carefully, providers can ensure they are operating as safely as possible over the summer and parents can feel reassured that safety is being prioritised.”

The department added: “Alongside this, we are also rolling out our £9m Holiday and Food programme in England, providing thousands of children with free nutritious food and enriching activities during the summer period, as well as continuing to fund free childcare places worth £3.6bn this year.” 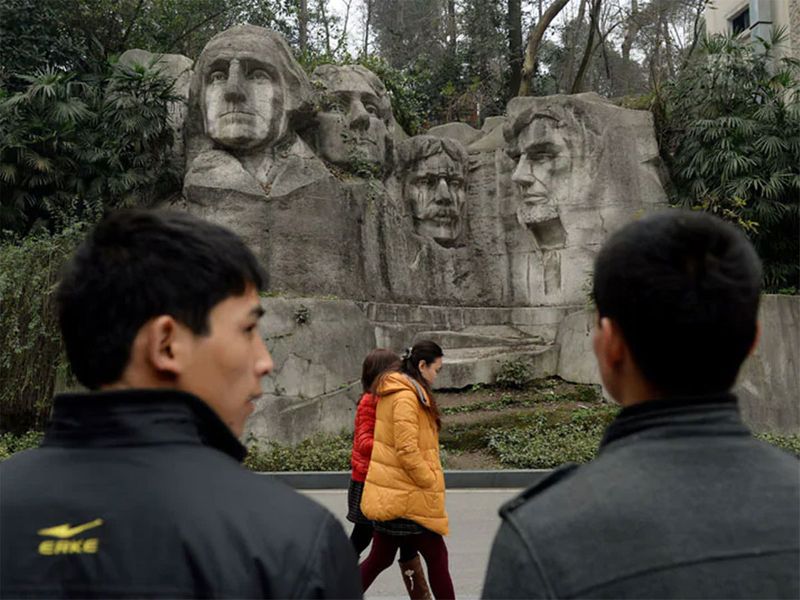 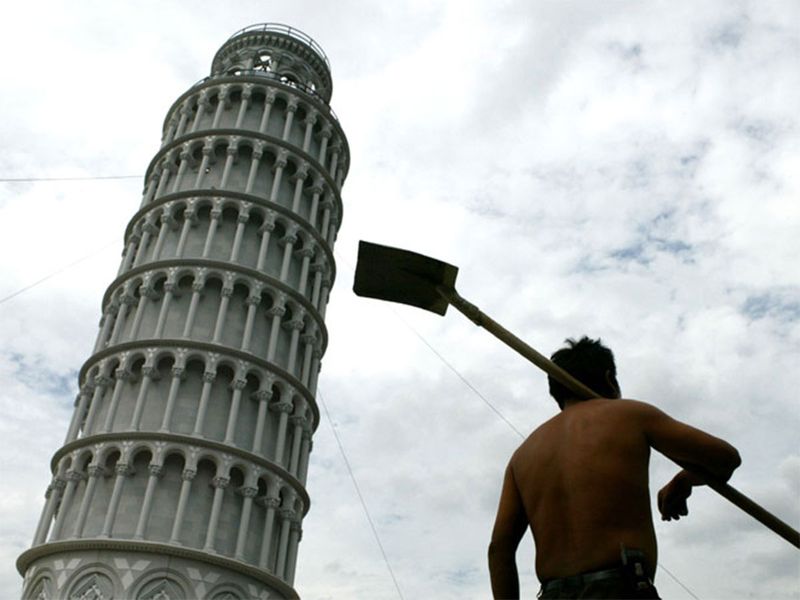 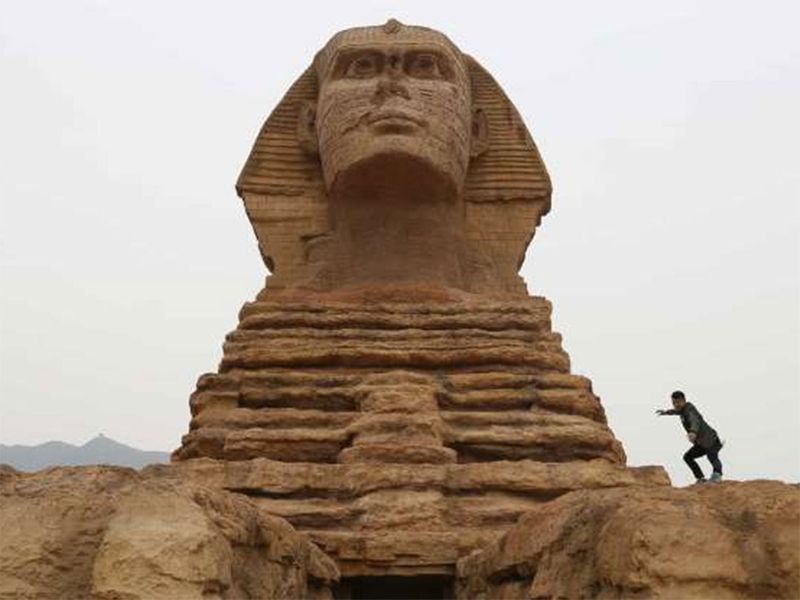 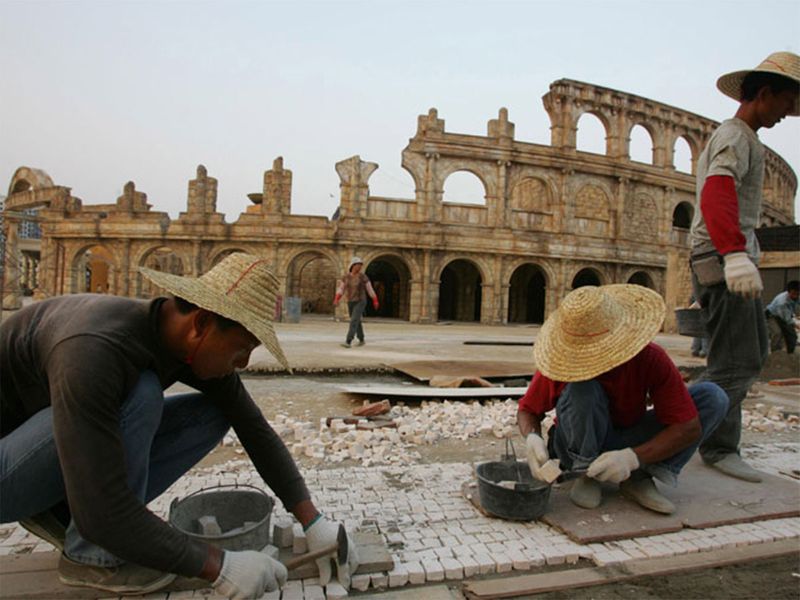 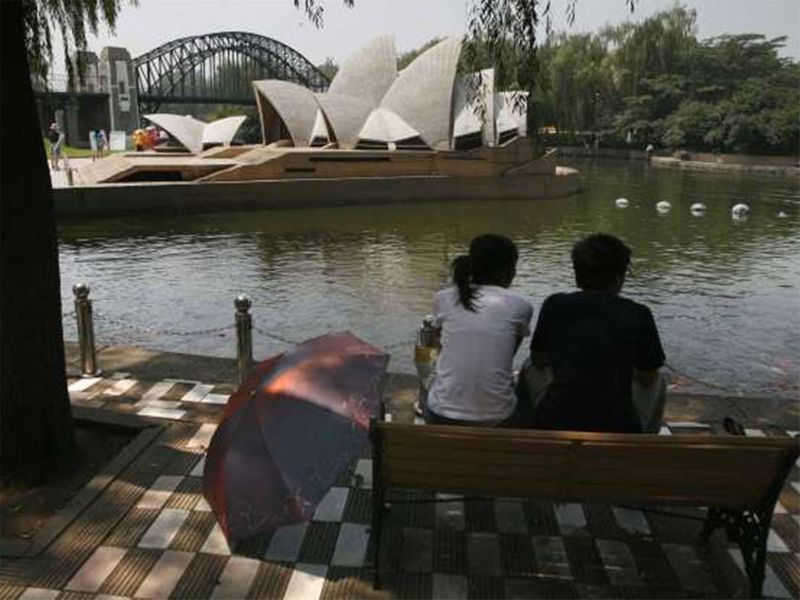 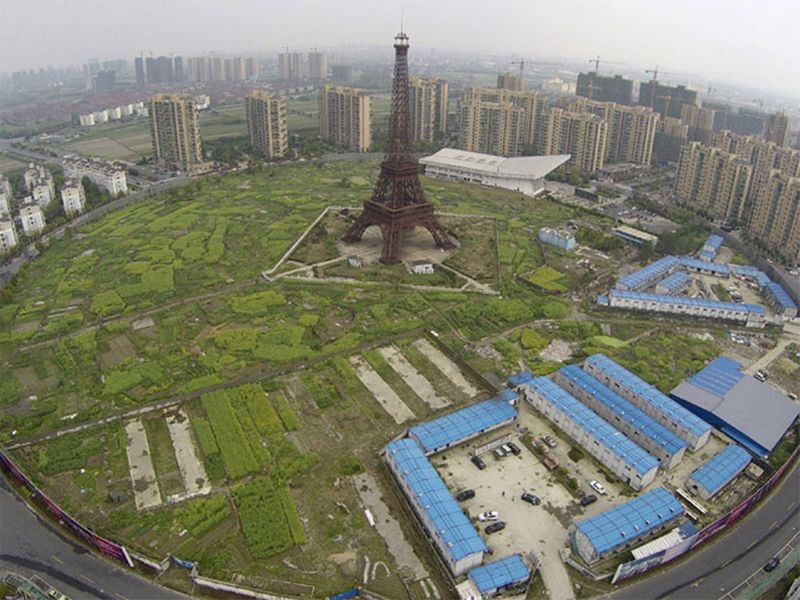 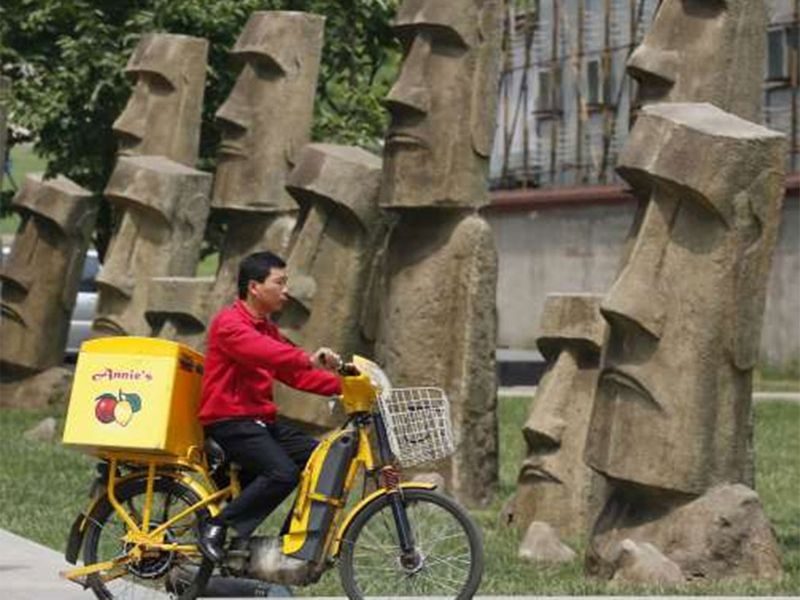 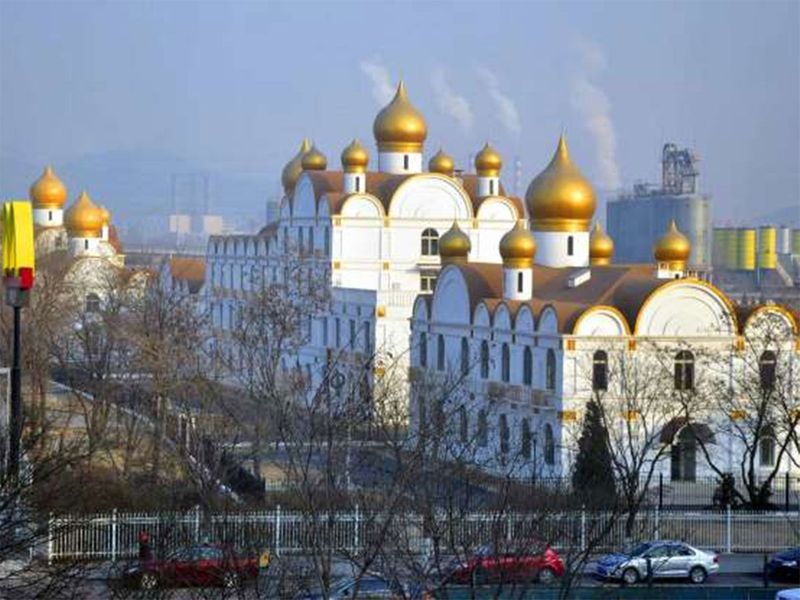 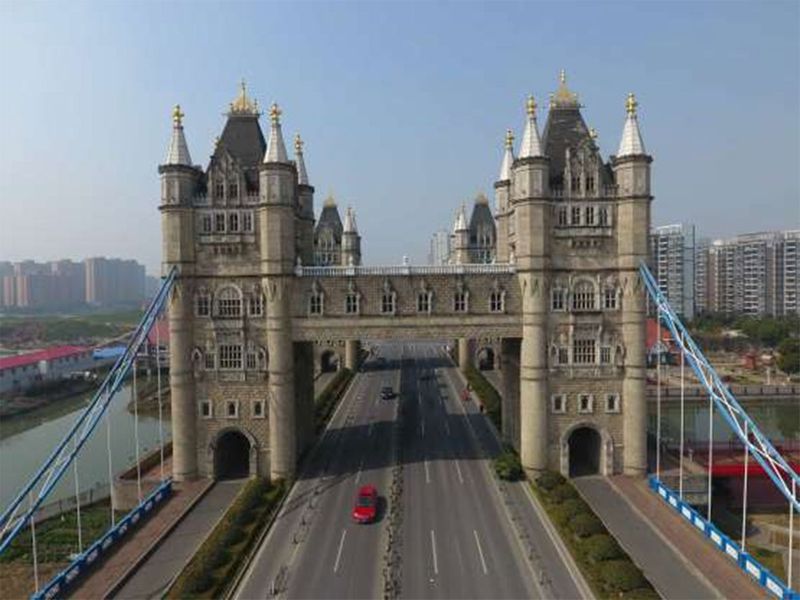 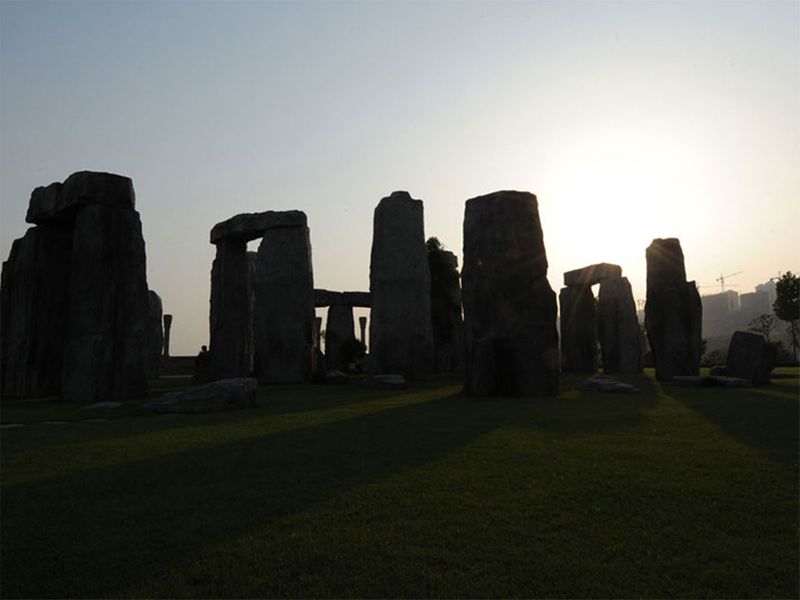 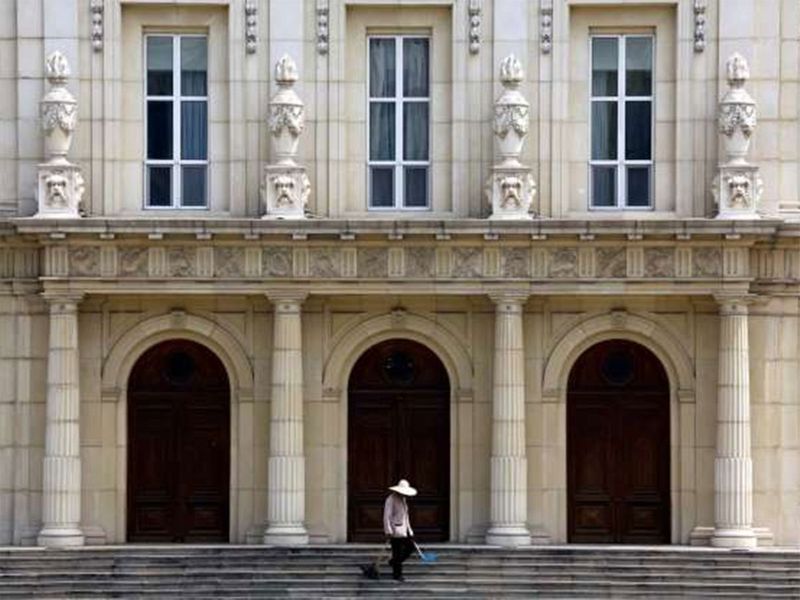 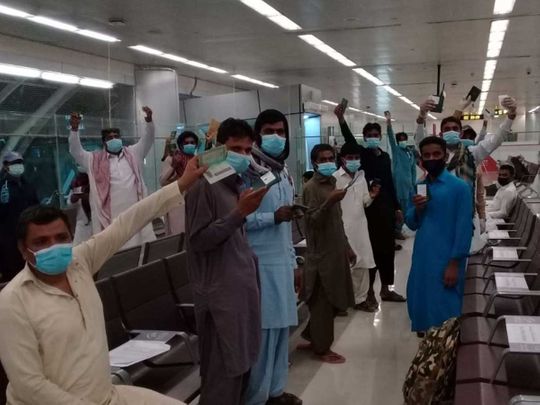 Dubai: Some 140 destitute stranded Pakistanis flew from Sharjah to Karachi on Thursday on a special ‘charity flight’, thanks to good Samaritans in the UAE.

A group of Pakistani residents in the UAE joined hands to charter a flight to send poor people back home. The chartered flight operated by Serene Air took off from Sharjah International Airport on Thursday morning.

“This was the first chartered flight booked for the poor Pakistanis who were unable to buy tickets and most of them were homeless and job seekers who had come on visit visas,” said one of the volunteers who do not want to give his name. He said that he does not any publicity for himself or for any of volunteers in his group but do want to highlight the good work being done by a number of Pakistani philanthropists who are quietly helping the people in need. 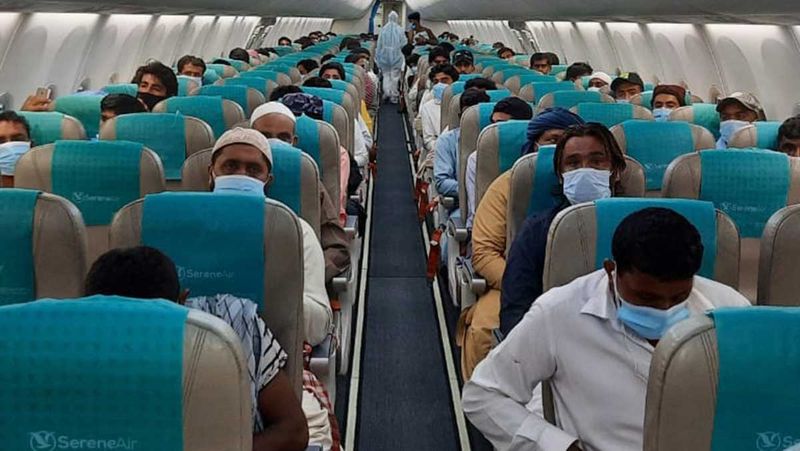 The same group of Pakistanis have so far provided free tickets to more than 400 stranded people. “We have earlier been sending people on PIA flights. Since PIA tickets were quite expensive ranging from Dh1200 to Dh1650, we decided to charter the flight which cost us much less. We managed to buy ticket for Dh1025 only and chartered the full flight for around Dh130,000 from Sharjah to Karachi. We are happy that more people were accommodated on the special flight with less money,” said another volunteer.

The volunteers group comprises of young Pakistanis who work at different organisation in the UAE. They swung into action to help the homeless and poor stranded Pakistanis after some videos of them sleeping on the pavements went viral.

How it all started

They went to them to find out their issues and prepared a plan to repatriate them. They pooled their resources to buy tickets for them and some business community members also encouraged them for their good cause. They also provided food to the people in need until they were sent back home.

With the help of Pakistani Consulate General in Dubai, their documents were sorted out and some legal issues were resolved before their flight tickets were booked.

The group also arranged for them to travel from Karachi to different parts of Pakistan by road. They coordinated with Commissioner Karachi Iftikhar Shallwani who helped the passengers upon arrival at Karachi airport.

According to an official at the Pakistan Embassy in Abu Dhabi, more than 85,000 Pakistanis were repatriated on special flights from the UAE from April 18 to July 5. Pakistan International Airlines carried more than 60,000 passengers while rest of them flew back home on UAE based airlines.

Repatriation flights operation ended in the first week of July and not the airlines are operating regular passengers flight between UAE and Pakistan. 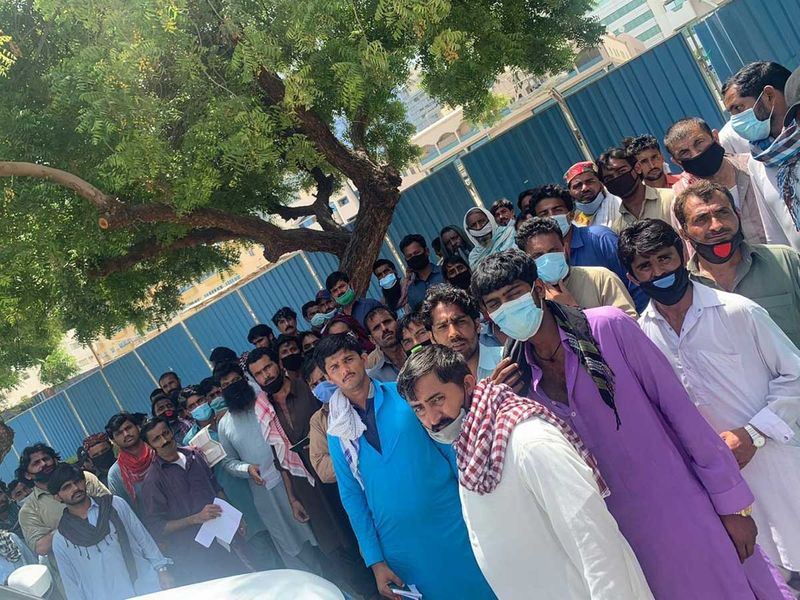