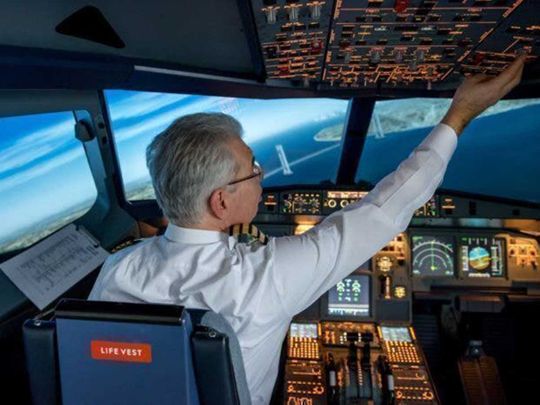 Dubai: Pakistan International Airlines (PIA) has announced to ground at least 150 pilots who are suspected to have ‘dubious’ flying licences.

The airline’s decision came after the provisional inquiry report held the pilots responsible for causing the PIA plane crash in Karachi on May 22.

While presenting the plane crash inquiry report, Pakistan’s Minister for Aviation Ghulam Sarwar Khan had revealed in the National Assembly on Wednesday that around 40 per cent of the active commercial pilots in the country hold ‘fake’ flying licences. His announcement has created quite a stir in the country as people raised questions about the safety of passengers travelling on the national carrier and other private Pakistani airlines.

Taking notice of the report about pilots with ‘fake’ licences, the Supreme Court of Pakistan on Thursday has asked report from the Pakistan Civil Aviation Authority.  Pakistan Chief Justice Gulzar Ahmed summoned a reply from the director-general of the Civial Aviation Athority within two weeks.  He said that he wanted to know how the fake flyhing licences are issued and what action is being taken against the people who issue them.

Putting passengers’ lives at risk is a major crime, said Justice Ahmed. He has also summoned the heads of PIA and private airlines including Air Blue and Serene Air at next hearing. They have been told to submit reports verifying the licences of the pilots in their employ.

Meanwhike, a PIA spokesperson Abdullah Hafeez confirmed that around 150 out of total 434 pilots are being grounded. He said the management has written to the Civil Aviation Authority to provide the list of other licences found to be dubious and all of them will be indefinitely grounded pending inquiries against them, reported Dawn.

“Those found at fault will be terminated from service after following a due process,” he said.

International Air Transport Association (IATA) said on Thursday that the irregularities found in pilot licences at Pakistan International Airlines (PIA) represent a “serious lapse” in safety controls. The global airlines body made the statement after Pakistan’s national air carrier grounded one third of its pilots, a month after a major air crash, reported Reuters.

“We are following reports from Pakistan regarding fake pilot licences, which are concerning and represent a serious lapse in the licensing and safety oversight by the aviation regulator,” an IATA spokesman said, adding that the organisation was seeking more information.

The PIA has also acknowledged the provisional inquiry report of the Karachi plane crash that left 97 people dead, saying that the airline would ground all pilots with “dubious licenses”.

“PIA acknowledges the AAIB report and have already taken measures learning from it. An independent Flight Data Monitoring set-up established to monitor and analyse all flights. All pilots with dubious licenses will be grounded. Safety is more important than any commercial interest,” PIA tweeted hours after the startling inquiry report was made public by the Aviation Minister.

Based on the report, the minister held the pilots and the Air Traffic Control (ATC) responsible for the incident, stating that the cockpit crew did not seem focused on the job and were talking about the coronavirus instead because the pandemic had affected their families.

PIA spokesperson explained that the investigations into dubious licences issued by the aviation regulator were highlighted by the PIA itself in the aftermath of the incident occurred in Panjgur in November 2018 where an ATR skidded off the runway, making some elementary level mistakes.

That incident prompted an inquiry into the pilot’s credentials, which were found to be dubious. The same was reported to the regulator and the PIA requested the government to constitute a high-level inquiry into the matter

A thorough forensic audit was conducted into the licences of all the pilots obtained within the country. During the course of investigation, PIA tracked another 15 such pilots and all of them were grounded pending clearance from the inquiry board.

The spokesperson told the media that based on the internal assessment of the situation after the tragic crash in Karachi, the PIA will make additional recommendations to the regulatory authority for further improvement to adopt zero-tolerance towards checking of licences.

Hafeez said some of flights may be cancelled consequently but safety takes precedence over commercial interests and only pilots with impeccable service records and clear credentials will operate the flights.

He said in order to ensure that safety is never compromised again; a Flight Data Monitoring Unit has been established. The PIA will measure, analyse and identify trends of PIA flights network-wide for corrective or preventive measures based on international established commercial aviation standards.