When I researched my book Around India in 80 Trains, one of the small joys of my four-month railway adventure was idling on platforms and rummaging through the iconic old Wheeler stalls for paperbacks to keep me company. Sometimes I’d get conned with pirated copies, flicking hungrily to the last few pages only to find they were missing, or the final lines had slid off the photocopied page. But for the most part my rucksack was stacked with stories that shaped the curves of my journey.

Tired of narratives that obsess over spices, colours and cows on the road, I’ve chosen books by Indian writers only; after all, who knows a country better than its own people? Where the authors have used the old names of cities, I’ve done so too, in order to convey the duality of their nature: having spent a couple of years living in Madras as a child, I know the familiar emotions and memories that the name conjures up, whereas Chennai is a completely different city to me. 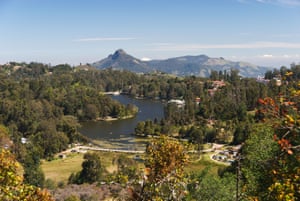 “Return is never the experience you hope for,” Doshi begins, setting the tone for the story of Grace, a young woman coming back to Madras after her mother’s death, to find she has inherited a pink beach house down the coast – and a sister with Down’s syndrome. Small Days and Nights is a compelling story about family, which follows Grace as she slips between Madras, Kodaikanal and Paramankeni, her needs, wants and urges changing with her surroundings as she tries to reconcile desire with duty. A poet, dancer and novelist, Doshi centres the female body in all her work, and it’s through the weight of Grace’s legs, or the lightness in her bones that we, too, feel the effects of the “womb noise” of the sea in Paramankeni, the whiplash of Kodaikanal rain that “smells of sex”, and the dreamy transitional city of Madras, where the trees look weak and hungover. 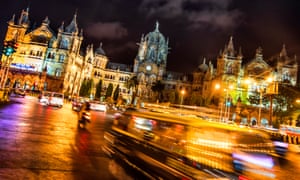 With characteristic brazenness, Thayil opens with a dedication to HCV – the hepatitis C virus that he contracted while sharing needles and injecting government morphine in the 1980s. It’s followed by a languorous six-page sentence that unfurls like smoke from a pipe – a prelude to a powerhouse of a novel about Bombay’s old opium dens. Built from brutality and grouted together with beauty, Narcopolis begins as a homage to a city of harmony and acceptance, celebrating Bombay as the hero of the story – a sanctuary for Hindus, Muslims, Buddhists, Parsis and Christians – then morphs into an epitaph of a city “which obliterated its own history by changing its name and surgically altering its face”.

Shortlisted for the Booker prize in 2012, Thayil refuses to use “Mumbai”, a name that was forced upon its residents by the far-right Hindu Shiv Sena party, and his affection for his former home makes this a potent love letter to the island city and its dead.

Boats on Land by Janice Pariat 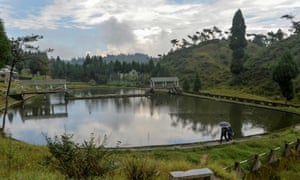 Like a succession of quick slaps across the face, the opening lines of each story of this debut collection make you sit up and take full notice. Parachuting the reader straight in through low-hanging quilts of cloud, Pariat drops us between the plump tea bushes in and around the hill station of Shillong, where it’s cold and damp and mists swirl with the supernatural. Here, in the furthest reaches of India’s north-eastern fingertips, we learn about Khasi politics and culture, but always with a sense of unease – where the night is “slashed by lightning”, “knifed with light”, and the sky “the colour of razor blades”. Beginning with the days of British rule and stretching up to a modern-day marital infidelity, each of the 15 stories is written in seamless prose that doesn’t jolt or falter through italics or apologetic explanations of bilati, doh thli and jadoh. If you don’t know their meanings it’s up to you to look them up.

The White Tiger by Aravind Adiga 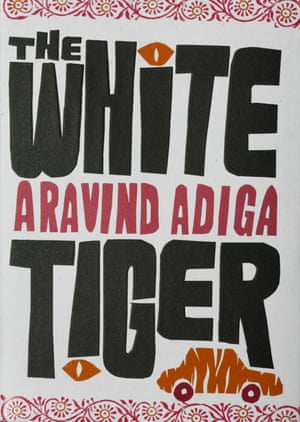 Adiga upset many middle-class Indians when The White Tiger hit their bookshelves like a sledgehammer, winning him the Booker prize. Written from the perspective of Balram, the son of a rickshaw puller, the book is a series of letters that he writes feverishly, but never sends, to the soon-to-be-visiting Chinese premier, documenting his wily ascent from tea boy to wealthy entrepreneur. Through his sharp-eyed, witty and frenzied descriptions, Adiga doesn’t just highlight the brutal injustices and corruption of Indian society but slaps them across the paper in broad, bushy strokes. Although the book was released in 2008, one line stands out for its relevance today: “One fact about India is that you can take almost anything that you hear about the country from the prime minister and turn it upside down and then you will have the truth about that thing.”

The Far Field by Madhuri Vijay 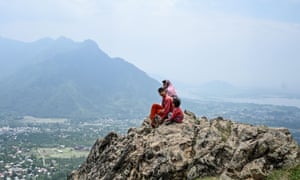 Not many novels are set in Bangalore, the more subdued sibling of Delhi, Mumbai and Kolkata. However, here we find Shalini, a 24-year-old numbed by the banality of her privileged life in the Garden City. Since her mother’s death, three years earlier, she’s lived in limbo, unable to commit to anything and plagued by a memory from her childhood of a Kashmiri man appearing twice at their garden gate. In a feverish moment she decides to leave home to find him, swapping her weekend trips to Bali, and beer-sticky house parties, for the blue-grey mountains of Kashmir, where the air is tinged with the “medicinal sharpness of pine sap” and waterfalls churn to a “filigreed white froth”.

Vijay’s beautiful debut leaps back and forth while shining a light on a politically fractious region from the perspective of a civilian – that, too, a single woman traipsing the length of India alone in search of the unknown. 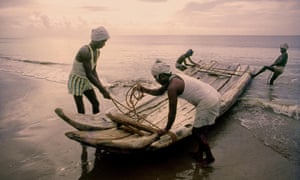 The only non-fiction on this list, this collection strings together nine stories gathered along the Indian coast, from Bengal to Gujarat. With fish as the starting point, Subramanian examines its role in food, medicine, culture and religion by talking to everyone he meets on his haphazard travels, from Goan fishermen and priests, to Kolkata hotel chefs and a faith-healing family in Hyderabad. Dense and rigorous journalism, the writing ignites when the author sits down to eat: whether he’s tasting raw fish podi made from powdered mackerel that “races to the back of the throat and proceeds to set your tonsils on fire”, or sampling toddy-shop food that is typically “kicked into a high orbit of spice”, it’s hard to resist the urge to follow in his footsteps.

The God of Small Things by Arundhati Roy 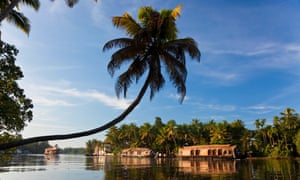 The first Indian woman to win the Booker, Roy caused a storm in the literary world when her lyrical debut was published in 1997, spurring a number of authors who tried to emulate her style, while others decried her success – the sure sign of a good book.

Set in Kerala – known as God’s Own Country, for its vast backwaters, bent palms and cool greenery – the book opens in the brooding heat of May, when bananas ripen, jackfruits burst and crows devour the mangoes, before the monsoon breaks, tiny fish appear in puddles and “bullfrogs cruise for mates”. Tragedy has destroyed a family, and after many years an estranged pair of twins are reuniting where it all began.

Scattering capital letters and pulling and playing around with language, Roy paints a vivid picture of Indian politics, the cruelty of caste, and the “small things” that keep us afloat. 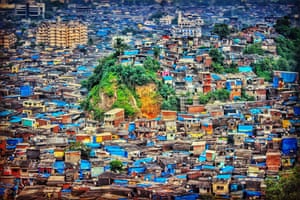 A hulking beast of a book, this delicious thriller sinks deep into Bombay’s criminal underworld, as Sikh cop Sartaj Singh goes after the infamous gangster Ganesh Gaitonde. Packed with policemen stroking splendid handlebar moustaches, lapdogs being hurled from balconies, and villains with bulging, bloodshot eyes, Sacred Games is a brilliant exploration of politics, history and corruption. For the unfamiliar, it is also a swift education in the peculiarities of the city’s various districts, like Bandra, Tardeo and Dadar, offering peeks into the homes of Bombay’s rich, “30,000 square feet of Italian marble floors tied together with intercoms”, and the poor – where residents have no choice but to “let their little daughters squat to make a mess exactly where their sons played”.

Published in 2006, the novel is now a wildly popular series on Netflix.

The Lives of Others by Neel Mukherjee

Few novels begin with the sheer horror of this one: a horror that rises from the belly, making you gasp and catch your breath before turning the page.

It is Calcutta in the 1960s and the wealthy son of a paper-mill owner has abandoned the Ghosh family to join a Maoist rebellion, helping farmers to fight their landlords while his Tolstoyan array of relatives deal with their own multitude of tribulations. Shortlisted for the Booker prize in 2014, this is a tome of extraordinary reach and richness, written by an author whose gift lies not just in his ability to imagine the lives of others but to embody them: he details how those starving outside a luxury hotel will hunt for a “stub of banana” left in a peel, while in the affluent world a whole family is “caught up in a song-and-dance” in an attempt to get food down a fussy toddler.

The Inheritance of Loss by Kiran Desai 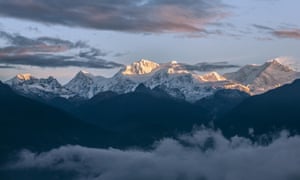 If we’re being technical, this 2006 Booker prize-winner oscillates between the Himalayan foothills of West Bengal and the basement kitchens of New York, following the lives of a judge, his granddaughter, her maths tutor, their cook and his son. But the Indian backdrop could almost be a sixth character, where the trees are “moss-slung giants, bunioned and misshapen”, and Mount Kanchenjunga looms with a “wizard phosphorescence”. Desai takes on a mammoth endeavour in linking these seemingly disparate lives, but does so with panache while also being incredibly funny. She exposes one generation suffering from a crisis of identity owing to colonialism – Judge Jemubhai Patel eating chapatis with a knife and fork – and another generation still looking to the west for a better future… while sharing a bed in shifts.