I’ve written about France for The Guardian for more than a decade and have been visiting for longer: since my days as a teenage au pair and later a language student. I love it mainly for its food and wine, but also for its combative attitude to politics, its love of good living, elegant cities and variety of land- and seascapes. We can still visit it through the pages of literature. So, here are my personal top 10 novels that give une véritable saveur of the country almost nine million British people visited last year.

All the Light We Cannot See by Anthony Doerr 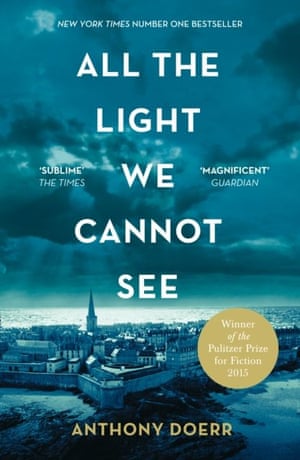 This Pulitzer-prize-winning novel seems tailor-made for these days. The title refers to a teacher’s comment in the book about how our brains, locked in our skulls without a spark of light, build for us a luminous world. And today we, in lockdown, can rebuild in our imaginations 1940s Paris and the “open-air fortress” of Saint-Malo. We do this partly through the mind of young Marie-Laure, blind since she was six, who finds her way using scale models her brilliant father builds for her. Characters in the occupied Brittany town come to life, and readers’ hearts go out to Marie-Laure and young German counterpart Werner as they confront a world of hate and horror with grace and integrity 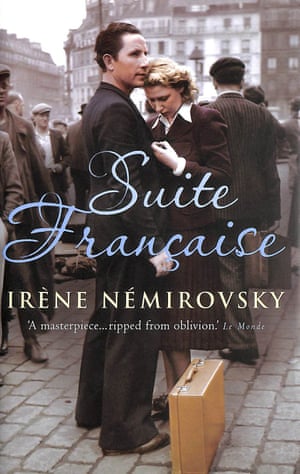 Némirovsky, a French writer of Ukrainian-Jewish origin, planned a sequence of five novels set in Nazi-occupied France. The first two, in tiny handwriting in a leather-bound notebook, survived her arrest and murder in Auschwitz. Preserved – but unread – by her daughter, they languished for six decades before being published in one volume in 2004. Suite Française offers an amazing backstory and an unflinching look at France and the French. The first part, Storm in June, deals with a cast of Parisians fleeing Paris as the Germans invade. However, the second part, Dolce, might evoke memories of stone-built small towns where we enjoy dinner and a summer stroll, but which we know would be a claustrophobic nightmare to live in – as the fictional town of Bussy is for Lucille, sharing a house with her resentful mother-in-law. The square where village girls are chatted up by soldiers could be the Place de la Mairie in a hundred villages from Normandy to Provence. 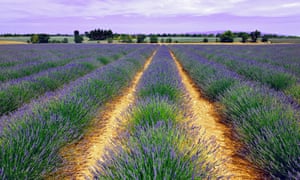 This 1985 masterpiece takes us to a Paris very different from today’s City of Light. In 18th century France “there reigned in the cities a stench barely conceivable to us modern men and women … Even the king himself stank, stank like a rank lion, and the queen like an old goat, summer and winter.” Around this malodorous world prowls the gifted and abominable Jean-Baptiste Grenouille, with his “killer” sense of smell. Yet those familiar with the city’s first arrondissement can follow in their mind’s eye as he “so thoroughly smelled out the quarter between Saint-Eustache and the Hôtel de Ville that he could find his way around in it by pitch-dark night”. Grenouille later leaves Paris and makes his way south via the hills of the Massif Central. The book’s final chapters are played out a few miles from the Côte d’Azur – amid the lavender fields of the world’s perfume capital, Grasse.

The Elegance of the Hedgehog by Muriel Barbery 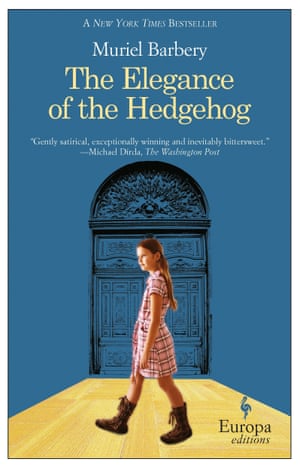 Set in modern-day Paris, this 2006 novel by a philosophy teacher will appeal to those in need of a dose of Gallic high culture, with an unlikely heroine in the form of supposedly dull concierge Renée. Echoing Jane Eyre’s “poor, obscure, plain and little”, Renée is “widowed, short, ugly and plump”, and as such feels she must hide her passion for philosophy and literature beneath a prickly exterior. So, while pretending to favour trash telly and junk food, she’s reading Proust and volumes of philosophy from the university library, watching arty films and cooking up refined dinners for her friend Manuela. There is a sharp eye for humour while it dissects French snobbery, the foibles of rich and poor, the purpose of art and much more, all the while wearing its intellectualism lightly.

The Debt to Pleasure by John Lanchester 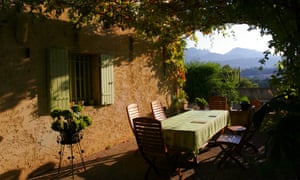 Go on a literary French road trip with this black satire by the former Observer restaurant critic. The story sees diabolical narrator Tarquin (not his real name) – an anglophobe, francophile, inveterate snob and worse – driving from England to his house in Provence, with diversions through the cuisines of Normandy and Brittany. What he later terms his “gastro-historico-psycho-autobiographico-anthropico-philosophic lucubrations” are organised into seasonal menus. He warns early on that this “is not a conventional cookbook”. Here he is hosting a barbecue for his hapless victims: “A drop of basting juices fell from the sea bass and spluttered on the white charcoals. I could hear the not-quite subliminal tinkling of bubbles in our crystal champagne flutes. ‘Well now,’ I said. ‘This is very pleasant.’” Be not deceived, there is nothing pleasant about this delicious novel. 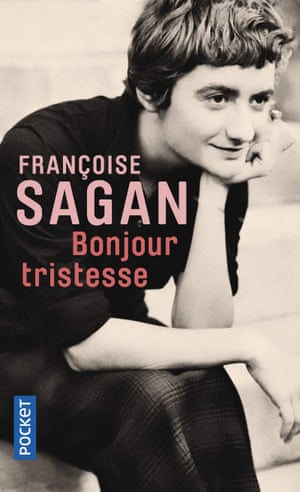 This 1954 classic by a precocious 18-year-old takes us to the sun-drenched Riviera, where lazy and selfish 17-year-old Cécile is holidaying with her widowed father and his latest girlfriend. The bright light of summer goes hand in hand with shady morals, as Cécile plots with her older boyfriend to see off the new woman in her father’s life, one who would seek to curb her self-indulgence and even make her do a spot of schoolwork. It all goes horribly wrong, yet we are left in doubt as to whether flighty Cécile has learned anything from her first experience of tristesse. “I saw an exquisite pink and blue shell on the sea-bottom. I dove for it, and held it, smooth and hollow in my hand all the morning. I decided it was a lucky charm, and that I would keep it. I am surprised that I have not lost it, for I lose everything. Today it is still pink and warm as it lies in my palm, and makes me feel like crying.”

The Cleaner of Chartres by Salley Vickers 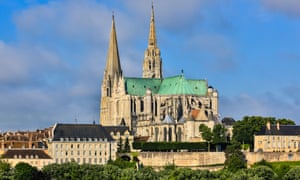 Taking the A11 towards Brittany and the Vendée, many holidaymakers stop at Chartres, with its cathedral, medieval houses and little bridges. Spend a happy few hours in this picturesque spot by the River Eure by diving into this almost fairytale by therapist-turned-novelist Vickers, whose books display a ‘“tenderness for misfits”. The protagonist is mysterious Agnès Morel, who cleans the cathedral each day and does odd jobs for folk living nearby – until an accidental encounter. The unravelling of her troubled past takes the reader to other historic French towns – Évreux, Rouen and Le Mans – before reaching its redemptive conclusion. 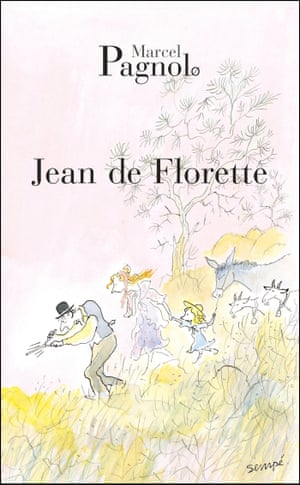 The fierce sun of Provence beats down on this novel of country lives and intrigues. Indeed, those bright blue skies and cloudless days that many Britons travel south for feel like a curse for the eponymous, hunchbacked Jean, who attempts to raise crops and rabbits on his land, not knowing that scheming neighbours have contrived to block off his only source of water – but read sequel, Manon des Sources, to see everything – finally – turn out OK. The scents of Provençal herbs and descriptions of farmhouses perched on rocky outcrops with vertiginous views of the Med will bring back holiday memories. 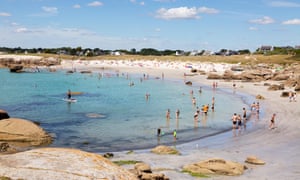 Endless summers in another destination popular with UK visitors – seaside Brittany – are evoked in this short coming-of-age story. Phil and Vinca have holidayed here with their respective families for as long as they can remember, enjoying sunny days, sandy limbs and “the frothy foam-scuds that danced powerlessly up to the edge of man’s dominion”. But now in their teens, they can neither slip back into childish ways nor find a new relationship. When a sophisticated older woman comes on the scene, the sharp airs and strong winds of that blustery Atlantic coast echo the pain of coming adulthood. (The ever-unconventional Colette was writing what she knew – having had a relationship with her teenage stepson, then married a man 16 years her junior.) 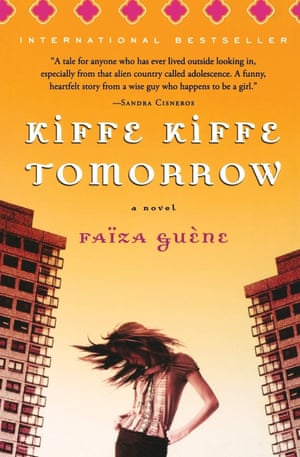 If you prefer gritty streets to rolling hills, this funny tale of immigrant life on a city housing estate by another precocious writer (Guène was 19 when this was published) will fit the bill. Imagine one of Jacqueline Wilson’s wisecracking heroines a little older, transplanted to north-east Paris. The narrator is 15-year-old Doria, living in a high-rise with her mother, her dad having gone back to Morocco to find a new, younger wife. Teachers are ineffectual do-gooders; her mum’s employer wide-rangingly racist. The book’s street argot is rendered into brilliantly believable urban English by translator Sarah Adams. A class nerd is called a “pizza-faced microbe, homosexual and total ego-trip”. The Muslim community are constantly saying inshallah – “But, thing is, you can’t ever know if God’s willing or not,” opines Doria. The city’s fine drizzle is “as if God were spitting on all of us”.