Royals: Expert says it's 'difficult’ for family to book holidays

With hundreds of hand-made pieces advertising discos, cocktails and casinos, as well as old fairground lights and movie props, the kaleidoscopic collection occupies every inch of space in a warehouse on the Ravenswood Industrial Estate. Its late owner, Chris Bracey the “Neon Man”, got his start by making signs for Soho strip clubs before his talents were spotted by Hollywood and he began creating props for directors including Stanley Kubrick, Tim Burton and Christopher Nolan. Functioning on many levels, it’s a free art gallery, signage dealership, prop shop for film and photography – and it houses The Rolling Scones cafe bar. Free, godsownjunkyard.co.uk

This zoo and amusement park for young children contains a hidden gem – an unrivalled collection of vintage fairground rides, machines and side shows from the turn of the 20th century to the 1970s.

Each attraction is accompanied by an information board that gives details of its manufacturer and history of ownership.

Within the Royal College of Surgeons’ William Playfair building lies the most extraordinary of pathology collections. The Wohl Pathology Museum, the History of Surgery Museum and the Dental Collection form Scotland’s largest medical museum, which opened in 1832.

The History of Surgery Museum traces the key dates in Scotland’s surgical advances. Visitors can also learn about murderers and bodysnatchers Burke and Hare and drop by the dedicated Anatomy Theatre with interactive dissection table. “Object of the Month” has included a 19th-century Craniotomy Set which includes a trephine and skull saw. 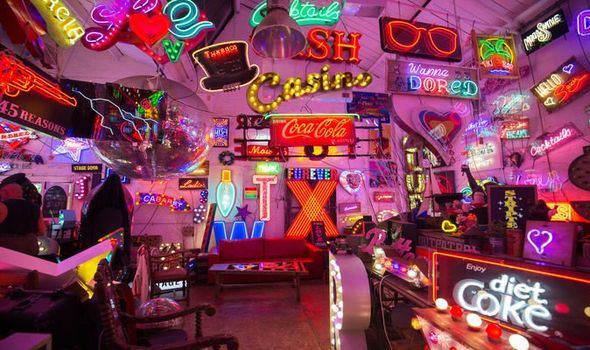 Located in Keswick, home of the first pencil, visitors enter this museum through a replica graphite mine which would have served as the source of the pencil industry more than three centuries ago.

In the 1960s, Britain believed it was building its way to a better future by carving out motorways and constructing shopping malls. But historic buildings and structures were bulldozed in the process.

To make way for a bypass, such a fate was destined for a medieval house in Bromsgrove until a local landowner decided to step in and save it. The house was carefully deconstructed, the parts labelled and packaged, before it was transported to a field outside the town where it was reassembled.

The operation was such a success that an assortment of other doomed buildings around the Midlands and Wales were then saved. This became the basis for the museum, which opened in 1967.

Set in 19 acres of parkland in Stoke Heath, the collection of 30 exhibits includes a windmill, a highway toll house, a post-Second World War prefab and an 18th-century outdoor toilet. It is also home to the British National Telephone Kiosk Collection. 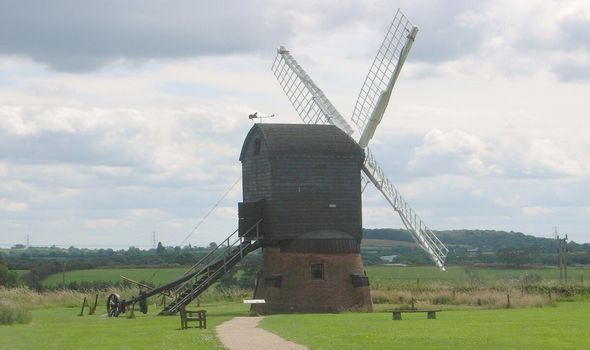 Before the discovery of the North Sea natural reserves, gas was manufactured locally using a process called coking. Popular until the 1960s, the process was phased out and sites demolished, but Fakenham town gasworks survived.

Now deemed a scheduled monument, its on-site museum tells the story of how the precious energy source was produced and houses equipment such as condensers and purifiers used to manufacture gas from coal. There’s also a remarkable collection of gas appliances used in homes.

Enter the mow-mentous world of ex-lawnmower racing champion Brian Radam. His interest stems from early involvement in his family business which started in 1945 and developed into Lawnmowerworld, catering for all aspects of sales, spares and service of the machine.

The museum is one of the world’s leading authorities on vintage lawnmowers. Step inside the lawngreen shop front to be in the same room as a solar-powered robot mower and the first ever Flymo.

Did you know that King Henry VIII’s palace with Catherine of Aragon is also home to the world’s largest collection of historic dog collars?

Featuring more than 130 examples, the earliest is a 15th century Spanish iron herd mastiff’s collar worn for protection against wolves and bears roaming across Europe.

Others include 16th-century German iron collars, ornate ones from the Baroque period, finely chased 19th-century silver examples and 20th-century versions made from tyres, beads and plastic.

With 37 displays spread over four floors of a former 17th-century market hall, this lovingly put together collection features everything that grandparents, parents and children once owned, used, played with, threw away and forgot about.

Indulge in a million memories of 20th-century pop culture with obscure and ordinary objects from the pre-digital era, such as pots of Pond’s face powder, boxes of peppermint creams, Meccano, an Etch A Sketch, an Ena Sharples pint glass, an On The Buses board game, an A-Team drinking flask…

Not as obscure as you might think, the attraction in the town of Craven Arms featured in the bright lights of Bargain Hunt in November 2020.