Flights to UK, US unlikely for another year

Amazing places from fairy tales and fiction that actually exist

Schwinn taps into its vintage catalog with the Collegiate — a smooth-riding, beautifully built bike that's perfect for city commutes or casual rides around town

Ask the Captain: Are weight and balance issues more of a factor on smaller planes?

Visiting NY, NJ, or CT? You'll Have to Quarantine If You're From These 38 States

This aviation startup is soaring ahead with hydrogen-powered planes

This Portable, Waterproof Speaker Comes With Me On Every Trip — and It’s on Sale on Amazon Now 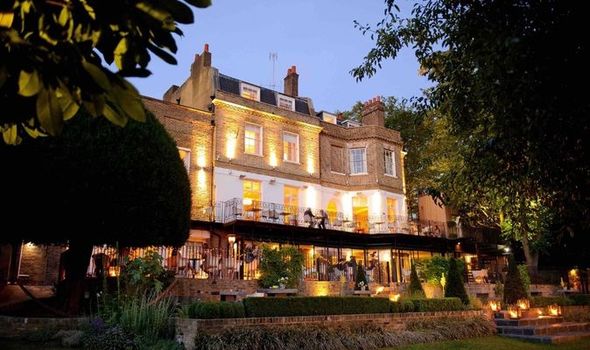 We will use your email address only for sending you newsletters. Please see our Privacy Notice for details of your data protection rights.This article contains affiliate links, we may receive a commission on any sales we generate from it. Learn more

Picture a London park. Perhaps you’re imagining those scenes splashed across the media just after lockdown restrictions eased of small patches of grass heaving with picnickers jostling for enough space to throw a frisbee. Well, Richmond Park couldn’t be further from that.

London residents, but Richmond Park newbies, we strolled around some of the 2,500 acres – where Charles I decamped to in 1625 to escape the plague – on a parched day in the midst of the summer heatwave with deer grazing freely around us and barely another person in sight.

It felt more like we were on an African plain than in London (perhaps this is one reason David Attenborough has made this leafy corner of the city his home).

While you could spend days in the ancient Royal park (and we nearly did, having to resort to Google Maps to find our way out from the centre, snaffling wild blackberries for energy), there’s plenty more to the upmarket south-west borough of Richmond. 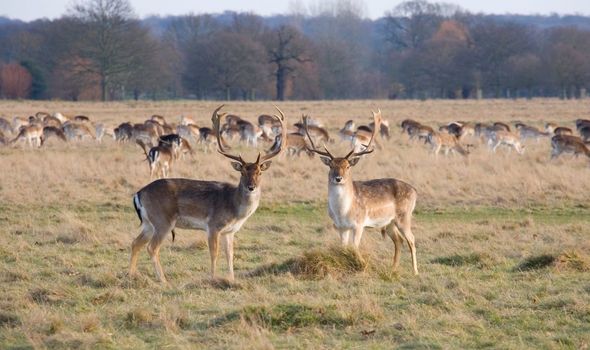 Our home for the night was boutique hotel Bingham Riverhouse, the merger of two Georgian townhouses discreetly tucked away on the banks of the water.

It’s stylishly yet comfortably decorated, with parquet flooring, old Penguin paperbacks lining the walls of the lounge, and a light, airy restaurant boasting views over the garden and river.

The 15 bedrooms, all named after Michael Fields’ poems, are decked out in a simple, country-cosy style, and the six River Rooms all have ginormous copper tubs that are perfect for a relaxing soak.

Since reopening, the restaurant – headed by MasterChef: The Professionals winner Steven Edwards – is only serving its tasting menus, but these are certainly worth making room for. 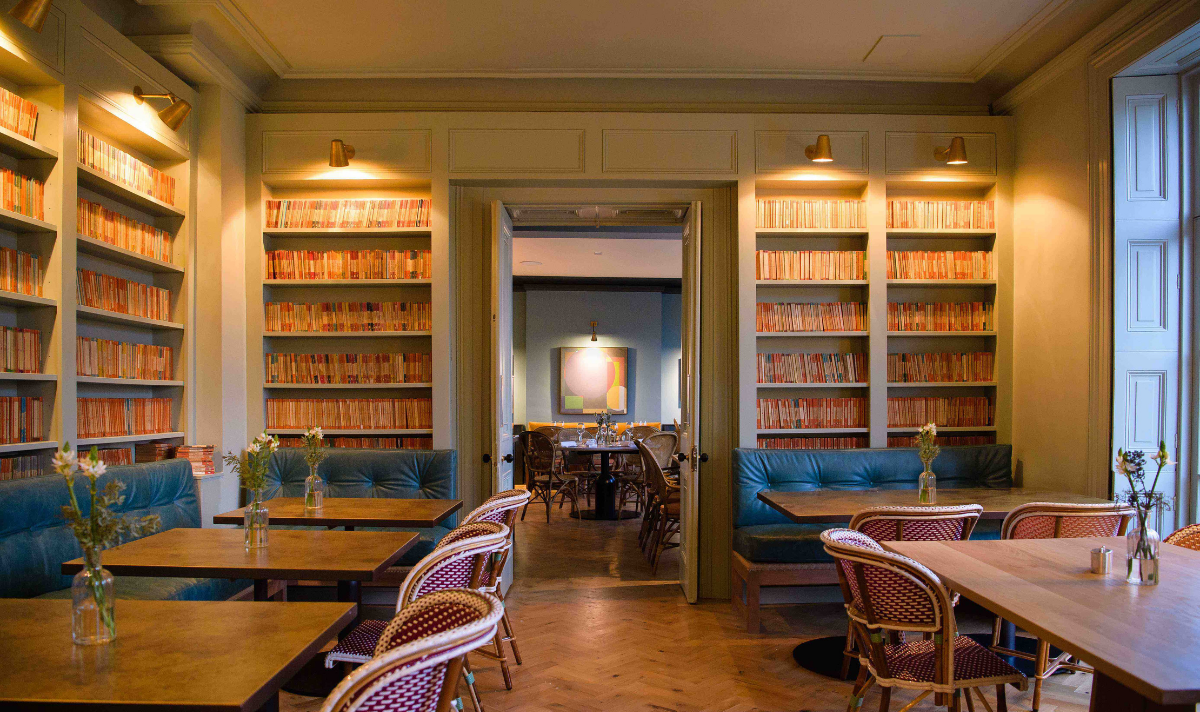 After an elegant cocktail aperitif, we tucked into five mouthwatering dishes  of modern British cuisine.

The secluded garden, lit up with fairy lights when the sun goes down, is the perfect spot to enjoy a nightcap, where you can enjoy the buzz of the towpath while being set apart from it.

Since reopening, breakfast comes in the form of a continental hamper delivered to your room to be enjoyed there or on the terrace.

It was just plenty enough to set us up for a final walk along the river banks, hopping across on the ferry to the other side for a waterside lunch at The White Swan pub when our stomachs eventually started rumbling again.

Despite being just half an hour or so from central London, it felt as if we had escaped to the countryside for the weekend, yet with all the conveniences of the capital (plenty of things to do, top-quality dining, Uber rides available in minutes).

Who knew holidaying in my hometown could be such a joy?

Bingham Riverhouse is open for bookings on Friday, Saturday and Sunday nights. Rooms start at £180 a night. 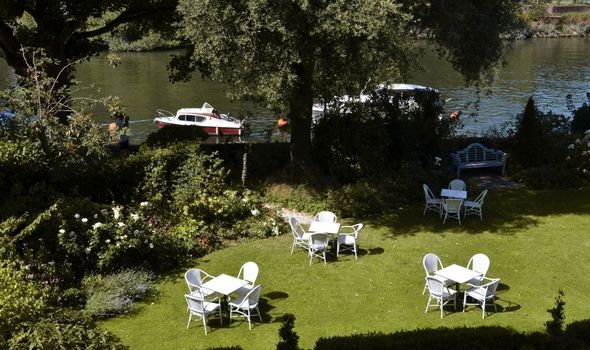 For a central London stay you don’t usually expect to find somewhere so “green”, but the aptly named Treehouse Hotel has endless earthy charm.

Yes, you’re on Regent Street, a stone’s throw from the biggest flagship stores in the country, but the second you step inside, you’re whizzed up to the top floor where you’re met with floor-to-ceiling windows offering breathtaking views and a glorious garden-like setting.

Beams line the ceilings and walls and plants fill the floor space and hang down from the roof.

The decor is quirky, but calming, with all the wood panelling “re-loved” from past projects.

The vision was to mix old with new, so modern chairs can be enjoyed with a cushion that had previously been discarded. 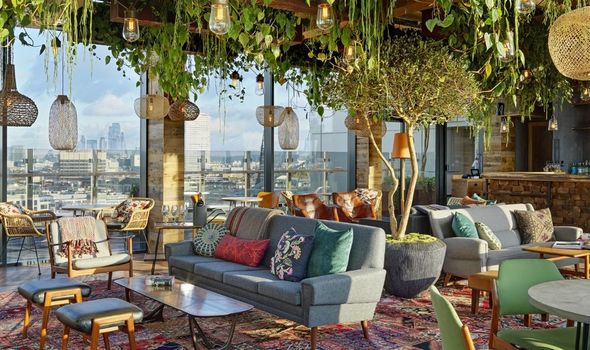 The rooms are adorned with earthy tones and natural materials mixed with a fun twist – and the hotel name, of course, links to the theme.

What kinds of things would kids take up to their treehouse? Well, in my room I had a cuddly toy sloth, a rubber duck for a huge freestanding copper bath and a Magic 8-Ball by the bed – presumably to consult before I made any big decisions.

The bed was a showstopper – king-sized and looking straight out over the city. So breakfast in bed is a must here.

The cocktail bar and restaurant on the top floor, The Nest, is a must-visit.

I doubt you’ll find any better views of London than from here. The space has a wraparound outside terrace (decorated with lots of green) and it’s the most amazing spot to watch the sunset.

There are even telescopes so you can take a peek at people down below. 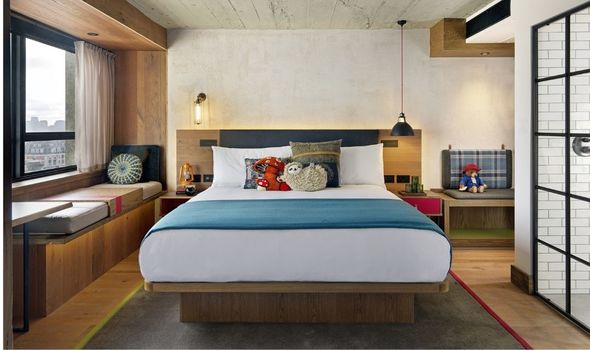 The inside space is just as rustic as the rest of the hotel but has more of a trendy Art Deco vibe and the central bar gives it a cool “New York loft” feel.

There’s even a DJ at the weekends spinning tunes from a treehouse “fort”.

As well as every cocktail under the sun, the menu includes light bites, Mexican-inspired dishes or classics such as steak and chips.

So yes, you are in the heart of the city that never sleeps – but in a hotel so unique, it has never been more worth it to stay put and grab an early night.

Rooms at Treehouse Hotel London start at £249 a night for bed and breakfast. 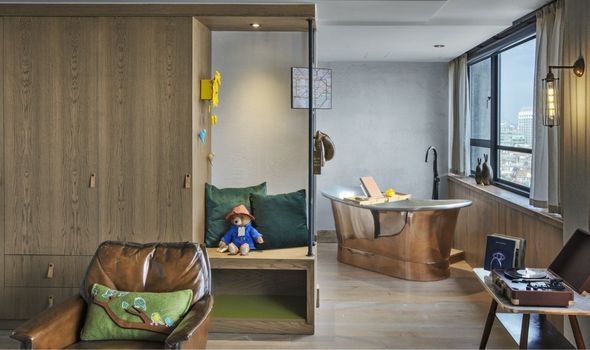 With its unrivalled culture, green spaces and architecture steeped in history, it’s not surprising that London is the most visited city in Europe.

Every year 27 million tourists flock here. Or rather they did before Covid struck. That number has now dropped.

So what better time to pack your face mask and hop on the tube to explore?

The London Underground is much nicer now it’s less crowded and you can get into the city’s excellent restaurants without needing to have booked weeks in advance. 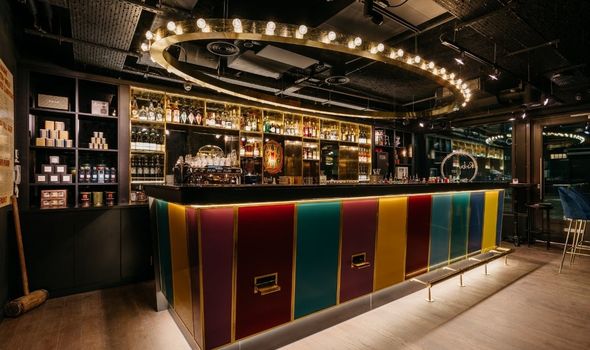 The theatres may sadly still be dark, but the famous art galleries are open.

If you like the postimpressionists, you can catch Gauguin’s work at the Royal Academy until October 18 and the not-to-be-missed Andy Warhol exhibition is on until November 15 (do book ahead to secure your time slot).

Previously, one of the big conundrums was where to stay in the capital.

Not everyone can afford The Ritz, yet most of us crave something more stylish than a Days Inn.

Lean luxury is the concept behind this cool hotel, near Waterloo station.

An innocuous exterior gives way to an interior luxuriating in rich, dark tones with a carnival theme – inspired by the area’s bustling markets and theatre scene – with playful props including circus drums and juggling pins. 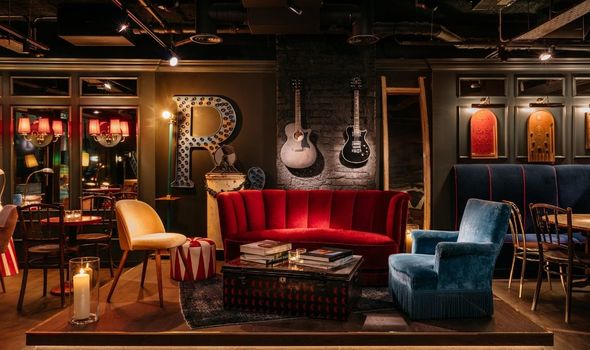 The bedrooms range in size from the uber-cosy Nest rooms to the more expansive Loft rooms, where I was lucky enough to lay my head.

En-suite bathrooms in the old sense have gone – instead the sink is simply in the room, as are the loo and shower, but partitioned cleverly in their own glass cube.

If you’re sharing the room and don’t fancy showering or – horror – going to the loo in front of your pal, fear not, there are tasteful curtains providing privacy.

There’s no minibar or kettle, but there’s a communal space to make complimentary tea or use the ironing board. That might sound like a student’s halls of residence, but it’s stylishly done.

Breakfast is a simple, European-style organic buffet served in the bar.

There’s no pool so, longing for a dip, I crossed the bridge over the Thames to Embankment and enjoyed the spa facilities at the Corinthia Hotel, where day passes are available for £150. 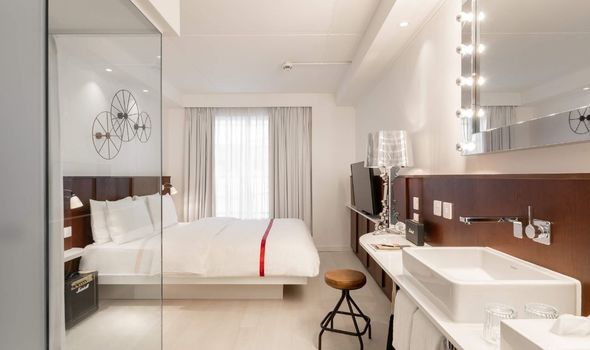 I went home with my mind revitalised by this vibrant city, but with my body rested.

What more could you want from a city break?

Rooms at Ruby Lucy start at £110 a night. For information about using the ESPA Life at the Corinthia, see corinthia.com/london.

Related News:
Recent News:
Cruises News:
This New 260-mile French Cycling Route Will Take You From Paris to Normandy
5 Amazing Food Trails Around the World That Serve Local Eats and Stunning Scenery
Major Cruise Lines Will Now Require COVID-19 Testing Prior to Embarkation
Australia’s best potato scallop: Top potato cake spot revealed
Forget Quarantine Pods — Try a 'Safari Bubble' at This Luxury Lodge in Zimbabwe Instead
This website uses cookies to improve your user experience and to provide you with advertisements that are relevant to your interests. By continuing to browse the site you are agreeing to our use of cookies.Ok