One day I’ll see my last redstart – perhaps I already have. Was it the one that I followed across the hill behind Gabi Wagner’s house near Tromsø in northern Norway at midnight on a midsummer’s day?

I had gone out for a walk. Another walk – because it is light all the time at that time in Troms County and there seems no reason not to be up and out in it as long as it lasts. And it lasts long. It lasts so long that lasting is not what it does. The light, plainly, is. Elsewhere, and at other times, days might be where we live, but for three months of the Arctic year there are no days, or rather there is just one long day, and everything lives in its light. 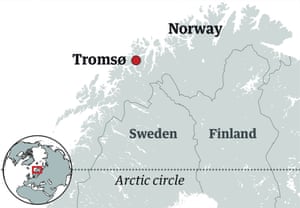 My legs were tired when I came back from my walk at 3am, but otherwise I was awake. So was the male redstart that sang from a fir tree halfway across the bog on the hill. It did its work right away – they are my favourite birds and my most-needed every year of all the spring migrants to Europe. And because this day was so abundant with all its light – it stretched and everything in it stretched with it – I pictured the bird as my last redstart. Not because I felt death coming, but because I felt life continuing. There was no reason for the redstart to stop what it was doing. It could go on. It went on.

That the redstart is my favourite bird part explains why spring is my favourite season. They go together. Common redstarts spend their non-breeding time south of the Sahara across the Sahel and through east Africa. In the early spring they leave the acacias and thorn-scrub of these places and fly north to breed throughout Europe.

They are beautiful birds, giving off an extraordinary intrinsic glow, and I have never seen one that hasn’t warmed my day. Since they are good for life in this way, I like to see them as often as I can. In order to do that I have tried, through many years (I began birdwatching before I was seven), to find spring – the world’s morning – for as much of any year as might be possible, to stretch it out, to get it early and hold on to it late. 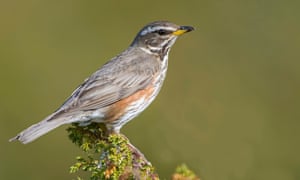 That has meant looking for redstarts and other spring migrants before they have even set off north across the punishing Sahara – I’ve watched one fly between the legs of a camel in Chad and another dodging a prenuptial photoshoot in a hotel garden in the Ethiopian Rift Valley. It has meant zigzagging across Europe to catch newly arrived redstarts, in olive groves in southern Spain in March and in hawthorns on the south coast of England in April. It has meant listening to male redstarts sing for a mate in the fresh green oaks of an Exmoor combe in May, and hearing another do the same from a lime tree that leans over Chekhov’s writing hut on the shore of the Black Sea at Gurzuf in the Crimea. And it has meant, at last, tracking some of the most northern redstarts in Europe to above the Arctic Circle at the top of Norway, to Gabi’s bog, where spring is still beginning in the middle of the year.

It was cold when I was in Tromsø, cold even for an Arctic June. I was wearing five layers, plus a hat and gloves, in order to drink my coffee sitting on a hammock slung between two birches at the back of Gabi’s house. A male pied flycatcher, not long arrived from some sweating equatorial African forest, had set up as temporary owner of the little wood. It sang on and on. Its little tune made tiny clouds in the wood. The cold didn’t seem to bother it. Yet its breeding life must be colder than its non-breeding life – the life when its partner hatches blind and naked chicks into frosty air, and the pair must find caterpillars for their begging mouths. There were swallows flying too, near Gabi’s barn, and willow warblers singing. All had come out of Africa ­–­ it was as it should be, but it was also extraordinary to see. 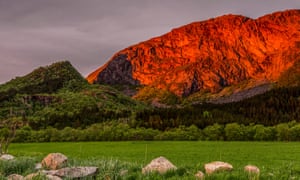 Gabi is a chronobiologist. Time and time management are her concern, specifically relating to the ptarmigan. I put some of my unscientific fancies to her. Because it doesn’t get dark in Troms for about 100 days – the so-called 100 Growing Days – there seemed, to me, to be very little death abroad. There being no night means there is no sense of the dark as an end-stop to life; there is no switch-off, no snuffing out.

And yet there is something in the highest tide that speaks of its turning; something in a zenith registers a nadir, knowing that what is now the nearest will become the furthest, knowing that light contains its opposite. That feeling is here as well as all the green growth. The migrant birds carry it with them. Light has been thrown up over the top of the world. It caps the time at the middle of the year, but on its far-flung travels we sense its opposite too; so much light these days must mean, six months on, so much dark.

Gabi suggested I go for another walk, but she did tell me that although the sun disappears and darkness reigns through the Tromsø winter, she and her three children actually enjoy more light in the year than almost anyone in Europe and that, thanks to the all-day light of May, June and July, the total energy of the sun arriving here is much higher than anywhere at the equator. The pied flycatchers, she said, knew that. 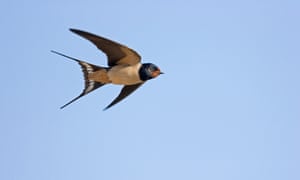 “This is the basis of all the great migrations to here – the flycatcher, your redstarts, the swallows in the barn – that is why everything that can afford it comes here. There’s incredible growth, incredible biomass production, and that never stops during those months of 24-hour daylight. It is not very hot, but the light makes it worth flying from Cape Town.”

With Gabi’s words in mind, I walked the next day for 10 hours up and down a mountain north-east of Tromsø. Of all the journeys and all the stakeouts I have attempted in my spring-seeking, all the way, indeed, from Cape Town to northern Norway, I think this walk said the most about its time and place, or rather, its times and its places.

I began at sea-level, where a turbid black river jostled coldly into a fjord. The birches there were tall and their leaves were losing their salad-green shimmer. There were chiffchaffs and willow warblers, redpolls and redwings. The scene was domestic – the birds were paired up, working on family matters, some building nests and some already carrying food to their chicks.

I started climbing. The leaves got younger with my every step; they were shrinking back into the trees. There were willow catkins and birch buds – soft things furred to keep them warm. A willow warbler sang in a birch that was surrounded by snow. It had flown from Zambia, perhaps, to do that. The trees got smaller and thinned. I stopped at the last one. The willow warbler singing in it sounded nervous to me. 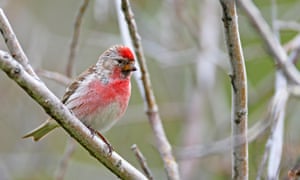 That is nonsense, of course, but a few metres higher up I was walking through snow. A dead tangle of a woody plant had attracted a wintry caravan of redpolls – streaky brown finches with one rationed dot of red on each of their pilgrim foreheads. At the bottom of the mountain the same species were paired and breeding; here that looked impossible. They gleaned and I shivered to watch. In my five-hour climb I had walked time back by six months.

Ten minutes higher there was more snow on the ground and sleet in the air, but also, amazingly, a wheatear and then another – a pair, two hero migrants from Africa – walking about on the snow looking as sorted as ever, pulling everything, once more, towards the spring. Marvelling at their endurance, I glanced up and saw a bumblebee steering out over the ice like a furry helicopter.

On the mountain plateau, I ate a sandwich sitting between a stunted willow and a bare birch. Does anything, I wondered, remember green here? The trees, perhaps? They were not dead. The summer solstice had passed, but their spring was yet to come. But it would, I said out loud, wouldn’t it?

A willow warbler arrived to sing from the willow. There was green in its music. And then a male bluethroat started up: a rocky stream of cold-frothed song, but thawed and vital. As it sang, a red-spotted feather lifted in its blue-enamelled throat. It was like an Arctic flower, a crocus or a gentian: the flame in its blue throat held a heat within the shelter of itself, minuscule and yet warmer than all the ice in all the north.

The trees where these birds sang were leafless, but the birds had come to them from Africa to be at home among them – as at home as they are wherever they are – and soon, if they hadn’t already, they would build nests and fill them with eggs. The willow warbler moved silently into the bare birch right next to where I sat. It said nothing now, but it was alive. That was plenty; that was enough. I stood up to begin my return, and as I walked back down, towards all the greenery of Europe, the bird started singing once more.