The Ryanair email sent out to millions of people this week was certainly enticing, advertising up to 250,000 seats from £29.99 each on one of the 1,000 flights a day that the airline will be running from 1 July. Reading the long list of destinations on offer, you could almost forget that the UK government is still advising against all holiday travel. But it is, so if you have a trip planned – or are desperate to get one in the diary – here’s what you need to know.

When might the Foreign Office (FCO) advice change and what happens if I book before it does?

Since 23 March the government has advised against all travel outside the UK and until that changes, holiday travel abroad is on hold. It means no tour operator can resume services and people venturing abroad under their own steam will have no insurance cover.

Ministers have indicated that consumers should know when and if the ban will be lifted by 4-5 July, which is, coincidentally, when pubs, restaurants and hotels in England look set to partially reopen.

Expect any lifting of the FCO ban to focus on European countries first, possibly from 11 July, but to be kept in place for higher-risk destinations.

There is nothing to stop you booking flights or a holiday before the advice changes, but you do so at your own risk. A second wave of coronavirus infections, either here or at your chosen destination, would result in bans and lockdowns being swiftly reimposed, as has happened in Beijing this week.

Will we have to quarantine for 14 days? 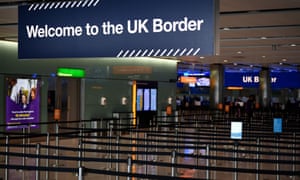 A lifting of the travel ban will almost certainly have to coincide with either the introduction of “air bridges” – agreements with countries guaranteeing that people can travel between the two without quarantining – or a lifting of quarantine for selected destinations.

The UK quarantine has been in place since 8 June and is being reviewed for the first time on Monday 29 June. This would allow a partial lifting in time for 4 July or, more likely, a week or two later when the school holidays start. But nothing is certain.

There would be little point in the FCO allowing Britons to travel to European destinations while the Home Office kept its quarantine in place and other countries continued to apply their reciprocal two-week quarantines.

Spain has said it would expect this to be waived before it let Britons arrive there, unrestricted. The French president was in London on Thursday making the same point.

Expect a workaround allowing some travel around 11 July or, more likely, a week later – assuming no deterioration in the pandemic – but, again, don’t count on it.

If the quarantines are not lifted, it is unlikely tour operators will resume operations.

If I book a foreign trip now, am I covered if the trip can’t go ahead?

Those booking package holidays are covered if the tour operator cancels the trip, although as the past few weeks have shown, you may face a significant wait for a refund and come under pressure to take vouchers instead.

Tui/First Choice has cancelled all holidays before 10 July and is waiting for a government announcement before deciding what happens next.

If you book your own flights and accommodation for a July or August trip now you are taking a big risk.

Ryanair is offering customers booking now the chance to change the flights at a later date without facing a fee. However, buyers can only switch to flights running up until 31 December, which will not suit those looking for summer sun. You will also have to pay any difference in fares, which could be more than the original booking. EasyJet is allowing passengers to switch flights up to 14 days before departure without a change fee, provided travel restrictions remain.

Airbnb has reinstated its normal cancellation terms, meaning if you book a room or apartment for, say, August which then has to be cancelled you will lose typically 50% of your money, plus the service fee, although terms will vary according to the host.

Plenty of hotel chains are offering free cancellations to those prepared to take the chance and book a visit. Hotel deals are very competitively priced right now. It you are feeling brave, there are some lovely hotel rooms in Europe at hostel prices.

Will my travel insurance cover me if I book now but have to cancel?

In a word no. Insurance is there to cover unforeseen eventualities, and clearly that is not the case here and now. The Post Office, this week, put its travel policies back on the market having previously withdrawn them. These policies will cover buyers for medical costs if they contract Covid-19 while abroad, but they pointedly exclude any cancellation claims that arise due to a second outbreak.

Most insurers have said that bookings made after the pandemic was declared in March will not to be covered for Covid-related claims.

I’ve got a European flight booked in two weeks with an airline that has resumed services. What next?

This is set to be the next battleground for lots of UK consumers, and the problems are already starting. This week, a reader contacted us to complain that easyJet had moved his 2 July flight from Luton to Geneva to a booking from Gatwick the following day, as a “flight amendment”. He felt the move was designed to avoid the airline cancelling his flight and having to refund him. He has since been offered vouchers instead.

Lots of Britons will be booked onto flights departing in July that will not be cancelled, irrespective of whether travel restrictions are in place or not.

Those who find themselves in that position will either have to take replacement vouchers – where offered – or claim on their travel insurance – provided they booked the flight before March.

Once travel restrictions are lifted, many of those deciding that they don’t want to get on a packed plane face losing considerable sums spent on DIY trips, unless a medical reason precludes them from travelling and they can make a case to their insurer.

What are the rules on flight amendments? 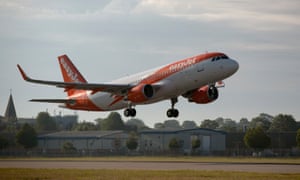 Airlines with several flights a day to, say Budapest may opt to merge them to accommodate fewer passengers. Most airlines have the right to change the time and even the date of flights, set out in their terms and conditions. Allowed changes of 3-5 hours are typical for short haul operators, but changes of up to 12 hours on long-haul legs are allowed.

The airline must tell passengers at least 14 days in advance of such a change, and it cannot change the flight number as this is considered a cancellation, meaning a refund is due. Expect more of this over the coming months, and airlines refusing refunds on the basis that flights, albeit at different times, and even at different airports, were offered.

I have a package holiday booked for 18 July – what’s going to happen?

Currently, big operators have cancelled all holidays up to early July, and are waiting to hear from the authorities before deciding what happens next.

Mark Warner says it is “confident” that the restrictions will be lifted in time for all its holidays from 9 July onwards to operate as planned.

Tui is allowing anyone who booked a trip before 16 March for travel until 31 August the option to switch to any of its holidays currently on sale.

Again, if the restrictions are lifted, your holiday goes ahead, but you don’t want to risk it, you face losing your money – or having to accept a credit note at best.

What about holidays in the UK? 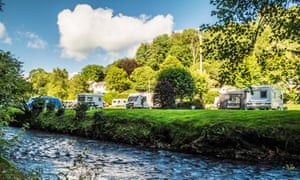 Right now it is still against the rules to stay overnight outside your home unless you are a single person/parent and you have formed a bubble with another household.

Again, this looks set to change in England, possibly as soon as 4 July. Some English hotels and campsites are hoping to reopen from around this time, or as soon as they are given the all clear.

Wales said on Friday that it would reopen for tourism from 6 July. Scotland aims to open to visitors on 15 July, while for Northern Ireland – and the Republic – it’s 20 July.

While lots of people will be pinning their hopes on a camping holiday, which could be considered the least risky Covid-19 holiday, there is still uncertainty in the sector concerning shared toilets and washing facilities.

The Camping and Caravan Club says it expects some campsites to initially open without toilets and showers, which is fine for those in a caravan, but less helpful to tent users. It has a list of its sites that it expects to open this summer.

The Youth Hostel Association is now taking room bookings for 17 July onwards at 30 hostels in England, but is warning that dorm beds will not be available, and shared facilities such as kitchens and lounges will be closed.

Is a ferry the best option for travelling to Europe?

Arguably, yes. Eurotunnel, P&O and Stena all carried on operating passenger services throughout the crisis, some with reduced services, but all are taking bookings now. To enter France you currently need to fill in a health questionnaire.

P&O is quoting £300 for a return with a car in mid-July coming back a week later. Currently there are no foot passengers allowed. Eurotunnel is quoting similar prices, and this has the added advantage that you stay in your own car for the whole journey.

DFDS is also taking passenger bookings for its routes, including the Newhaven-Dieppe route.

Brittany Ferries which operates to ports in Western France, such as St Malo is hoping to resume passenger services in the last week in June. Passengers can make bookings on the website. Stena continues to run its services between Harwich and Hook of Holland. It’s probably wise to opt for refundable tickets.