The 11 best deals in miles and points

Inside the abandoned Thomas Cook planes left at Manchester Airport 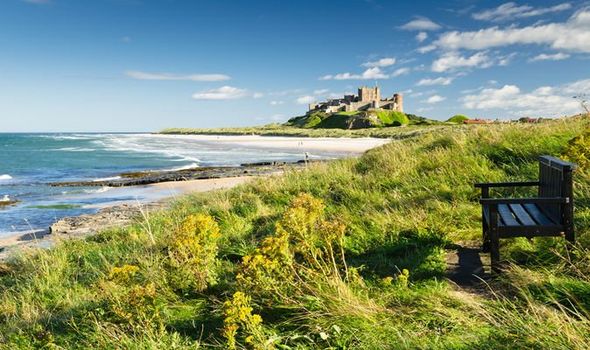 I’m at The Courthouse, formerly Knutsford Crown Court, which was opened as a hotel in 2018 after being sensitively renovated by Flat Cap Hotels. The Grade II-listed building has been the location of many infamous court cases over the years. It was here that code breaker Alan Turing stood trial in 1952. Now Court Two houses the Barristers restaurant, refurbished this year, and the main function room is inside the huge Court One.

There’s no escaping the building’s history – gruesome or otherwise.

Architectural features remain, like the old dark wood of the courtroom, and in the main corridor, the seven bowler hats hooked over the entrance are a nod to the history of the hangings that took place.

Meanwhile, the staff tell stories of ghosts that reside in the prison cells in the basement. 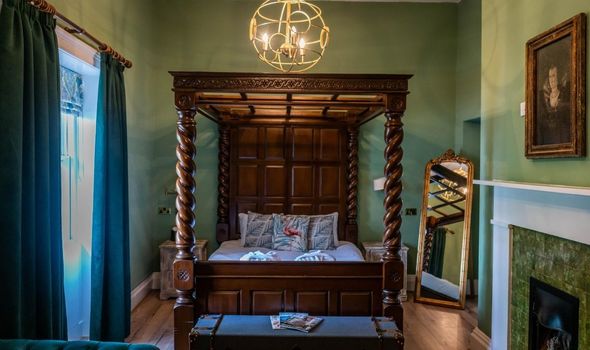 The hotel is a great addition to the stylish village of Knutsford, in the heart of fashionable Cheshire.

The high street boasts a number of designer shops, which tells you a lot about affluence in the area.

It can seem that everyone looks like they’ve just stepped out of a Joules catalogue, complete with a dog sitting up in the front of a 4×4, and you are quite likely to bump into a Premier League footballer, as many have made these lush pockets of Cheshire their home. 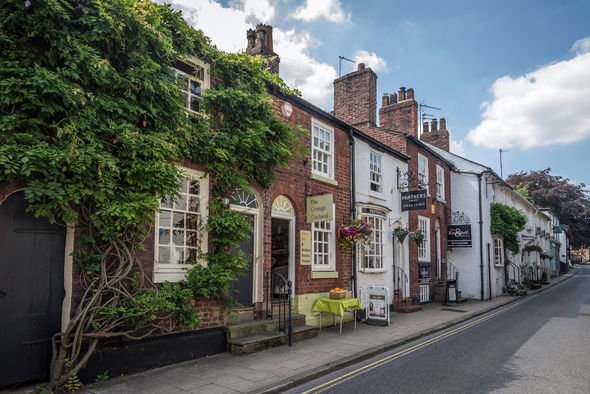 Meanwhile, back at The Courthouse, I ’fess up to having committed a crime, of sorts – that of gluttony.

The hotel prides itself on using locally sourced food, and the menu at Barristers – drolly divided up into Opening Statement through to Proceedings and Main Evidence – also provides a handy map of where the cheese, meat, and fish are from in the area.

Stuffed with a dinner that included a wonderful suckling pig porchetta, and fortified even more by a full English the next day, the hotel is the perfect base to explore the shops or one of the local attractions, such as Tatton Park.

As well as a stately home, gardens and a deer park, Tatton Park has a great working farm on the grounds of the country estate, where costumed actors bring to life characters from its past.

During our weekend in Cheshire we also spent a night in Prestbury, another picture-perfect town about half an hour’s drive away.

We stayed at The Bridge, which looks like any decent country pub from the outside, but inside it has been renovated into a boutique hotel with heritage paintwork and artistic lighting and – once again – great food.

Prestbury is one of the most expensive places to live outside of London. So maybe let the locals deal with the property prices and simply visit one of these very nice hotels instead. 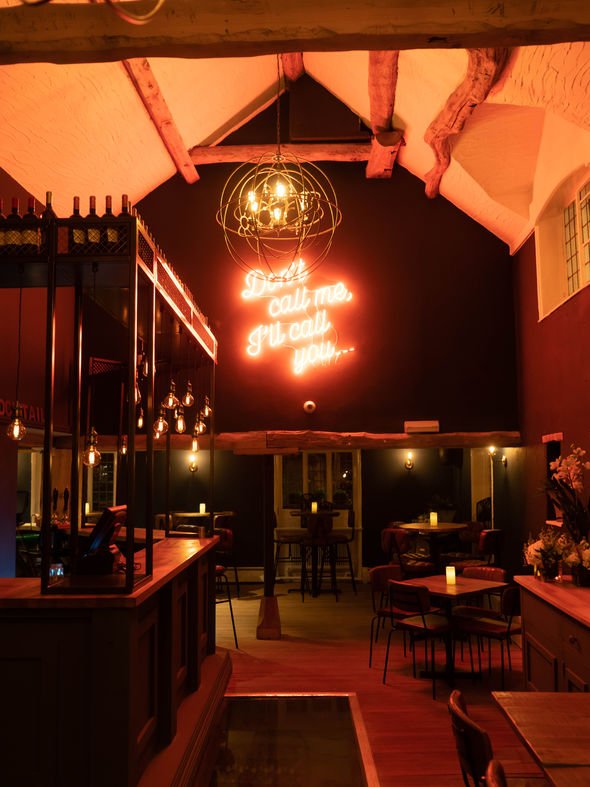 After dropping one teenager off at Nottingham and another at Newcastle, the car was finally quiet.

My husband and I headed onwards to our final destination: Alnwick, a 40-minute, picturesque drive north of Newcastle.

We had booked in for a relaxing weekend at The Cookie Jar hotel, located in a quiet cobbled street lined with sandy stone terraced houses.

It’s overlooked by the impressive Alnwick Castle, which features in the Harry Potter films and is home to the Duke of Northumberland during winter months. 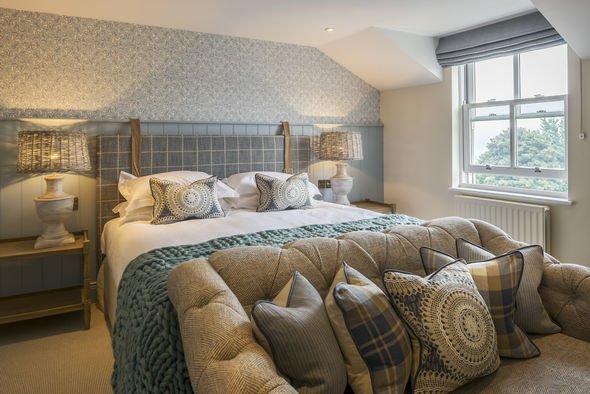 This lovely boutique getaway was a convent for 120 years and has now been lovingly restored and redesigned into the stunning hotel it is now.

It is also a working hunting lodge so dogs are welcomed indoors and very plush kennels are located in the grounds.

As we sampled the local gin in the library, all thoughts of busy motorways and noisy teenagers seemed a distant memory.

There are 11 en-suite bedrooms, all with original features.

Ours was gorgeous – so tastefully decorated, with a luxurious walk-through shower and roll-top bath, plus an incredible view of the castle and its sweeping grounds, a shimmering river and roaming deer. 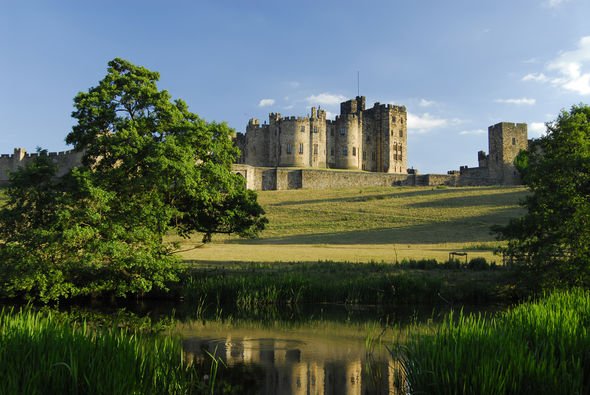 We could have spent the whole weekend tucked away in our room but our rumbling stomachs called us to dinner.

The Cookie Jar’s restaurant, The Bailiffgate Bistro, has a menu that changes daily and uses locally sourced produce such as Northumberland-reared meat and vegetables from hotel’s own garden.

This restaurant has quickly gained popularity among locals and visitors alike, so book ahead.

The bed was super-comfortable and after the delicious breakfast (I sampled local kippers from Craster), we couldn’t resist venturing out to see a few sights.

And there seemed to be a castle and breathtaking beach everywhere we went.

Particular highlights were the Holy Island of Lindisfarne, accessed by a causeway which made you feel like you had stepped back in time, and Bamburgh Castle, surrounded by pretty village pubs.

We stopped in at The Potted Lobster restaurant, which serves delicious fresh local fish. 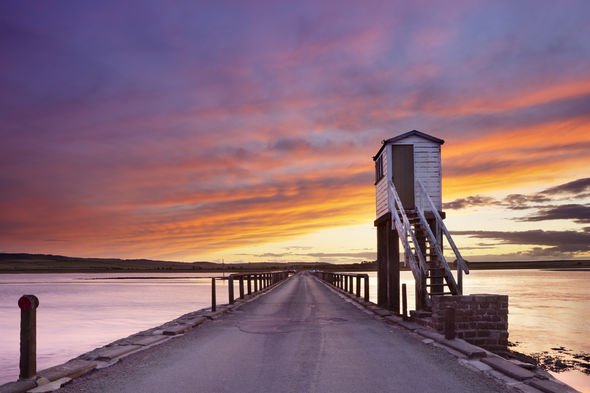 The great British weather tried hard to dampen our spirits but failed, although we vowed to return in warmer times to explore more of this beautiful corner of the country.

Rates at The Cookie Jar start at £175, including breakfast. The Cookie Jar is a member of the Signpost Guide which is celebrating its 80th edition, published by Visit Heritage (£10.99).