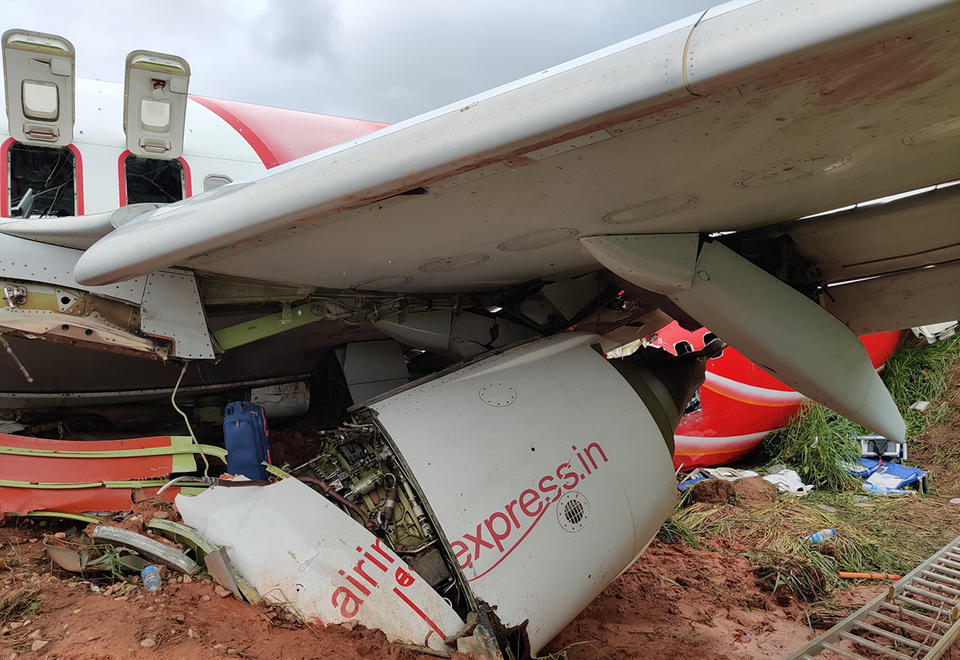 The crash — the deadliest aviation accident in India in a decade — took place on a so-called table top runway, built on a hill. Image: @HardeepSPuri

The Air India Express jet that overshot the runway on Friday, killing at least 18 people, had touched down too far along the airstrip, the chief of India’s aviation regulator said amid ongoing investigations.

Arun Kumar, director general for civil aviation, told CNN News-18 on Saturday that the plane landed about 3,000 feet into a 9,000 feet-long runway, causing it to breach a further 240-metre (787 feet) safety area at high speed and crash into a valley beyond.

“Looks like,” Kumar said when asked by the TV channel if the incident seemed to be the result of bad judgment. “They should have landed before 1,000 feet, but they have landed more than 3,000 or so, exact numbers will come out from the flight data recorder.”

The crash – the deadliest aviation accident in India in a decade – took place on a so-called table top runway, built on a hill. Indian authorities ignored at least two recommendations in the past decade to install a safety system on such airstrips.

Several international airlines had stopped flying bigger aircraft including Boeing 777 and Airbus SE A330 jets into Kozhikode, where the accident occurred, due to safety issues. Kumar said the Kozhikode runway is “fairly long” and can support widebody planes.

A Boeing Co. 737 operating as Flight 1344 from Dubai skidded off the runway at Kozhikode after touching down with a tail wind and broke apart while attempting to land at about 7:41pm local time on Friday. At least 18 people died and more than 100 are injured, some in a critical condition.

The area had been receiving torrential rain. The pilots first tried to land from one side of the runway and then sought permission to try the opposite end.

“At 7:37pm they were given clearance to land from the other side,” Kumar said. “Unfortunately they did land but they probably did not land the way they should have landed.”

The nose was crushed and most casualties are reported from the front of the plane, including the pilot and co-pilot, Kumar said. The tail also broke apart. The probe team reached the site at 5am on Saturday and the black boxes were found that afternoon.

“They have already recovered the flight data recorder and cockpit voice recorder,” Kumar said. “So they have to examine the conversation between the pilot and co-pilot to ascertain as to what actually transpired in the aircraft in those last ten eventful minutes.”