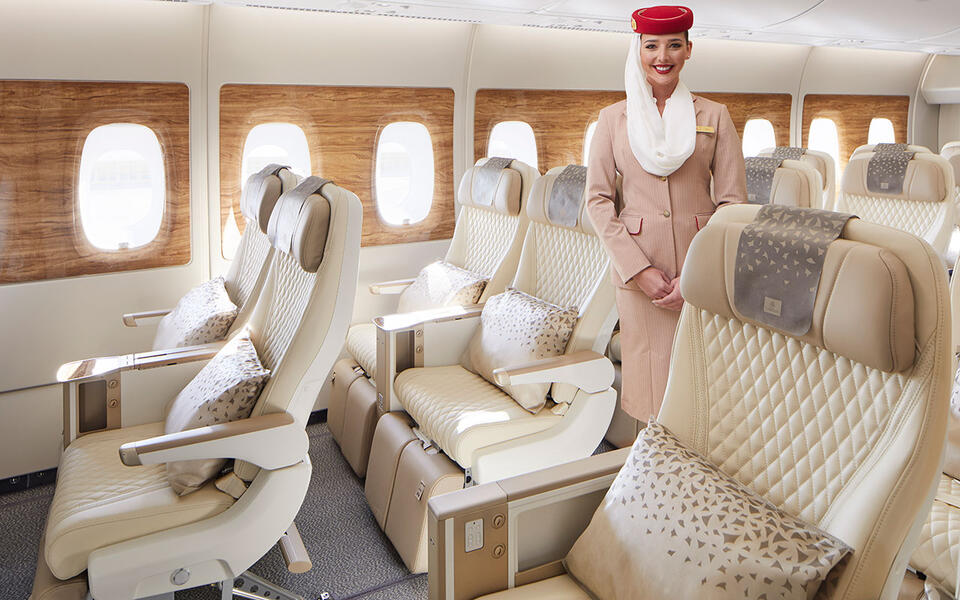 Emirates on Tuesday said it is taking its signature A380 experience to the next level with the launch of a new premium economy cabin product in the next few weeks.

Sir Tim Clark, president Emirates Airline said: “The Emirates A380 is already one of the most sought-after travel experiences in the skies, and now we’ve made it even better. While others cut back, Emirates is working hard to restore the products and services that we’ve had to suspend or adjust due to pandemic precautions, and introduce new offerings and enhancements.”

The airline received its newest A380 aircraft from Airbus last week and its remaining order of five A380s will also be delivered with premium economy cabins over 2021 and 2022. 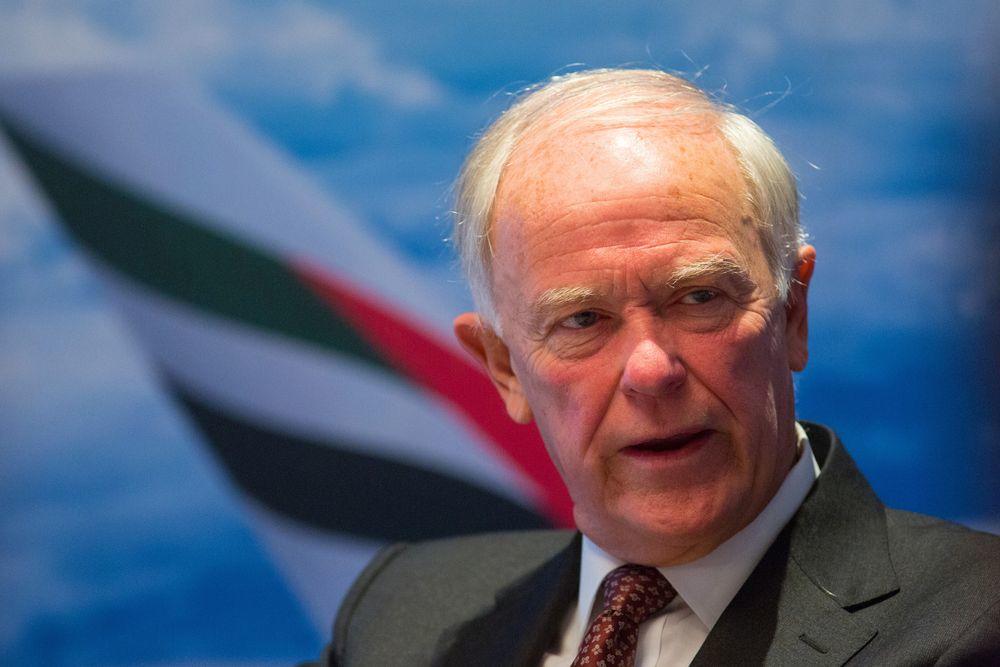 Emirates’ premium economy seats will also be installed on some of its Boeing 777X aircraft which are only due to join the fleet in 2023 while Emirates also revealed it is considering plans to retrofit its existing A380 fleet.

Clark said: “Our premium economy product was carefully developed in keeping with Emirates’ brand positioning as a full-service airline of the highest quality. Our first, business and economy experiences reset industry standards when they were introduced, and we are confident that our premium economy will also make its mark as a distinct premium offering.”

He added that until Emirates has a viable number of seats in its inventory to bring to market, it plans to offer the premium economy experience as a complimentary upgrade to customers.

Emirates said it will announce details of where its A380 aircraft with premium economy will be deployed in the coming weeks. 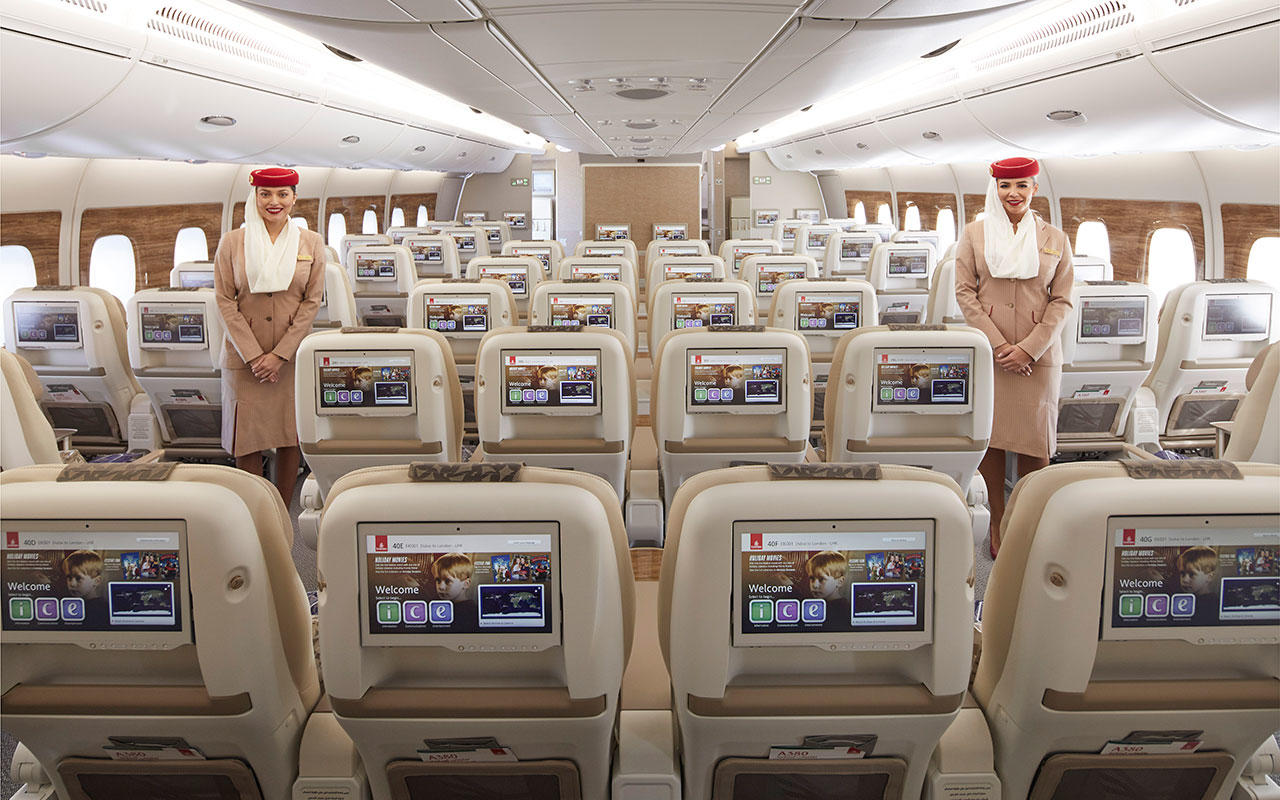 The premium economy cabin will 56 seats in a 2-4-2 cabin layout.

With a pitch of up to 40-inches, Emirates’ premium economy seat is 19.5 inches wide, and reclines 8 inches into a comfortable cradle position with ample room to stretch out.

Each seat has a 13.3″ screen, one of the largest in its class as well as easily accessible in-seat charging points, a wide dining table and side cocktail table.

Emirates premium economy is located at the front of the main deck, with two lavatories dedicated to customers. 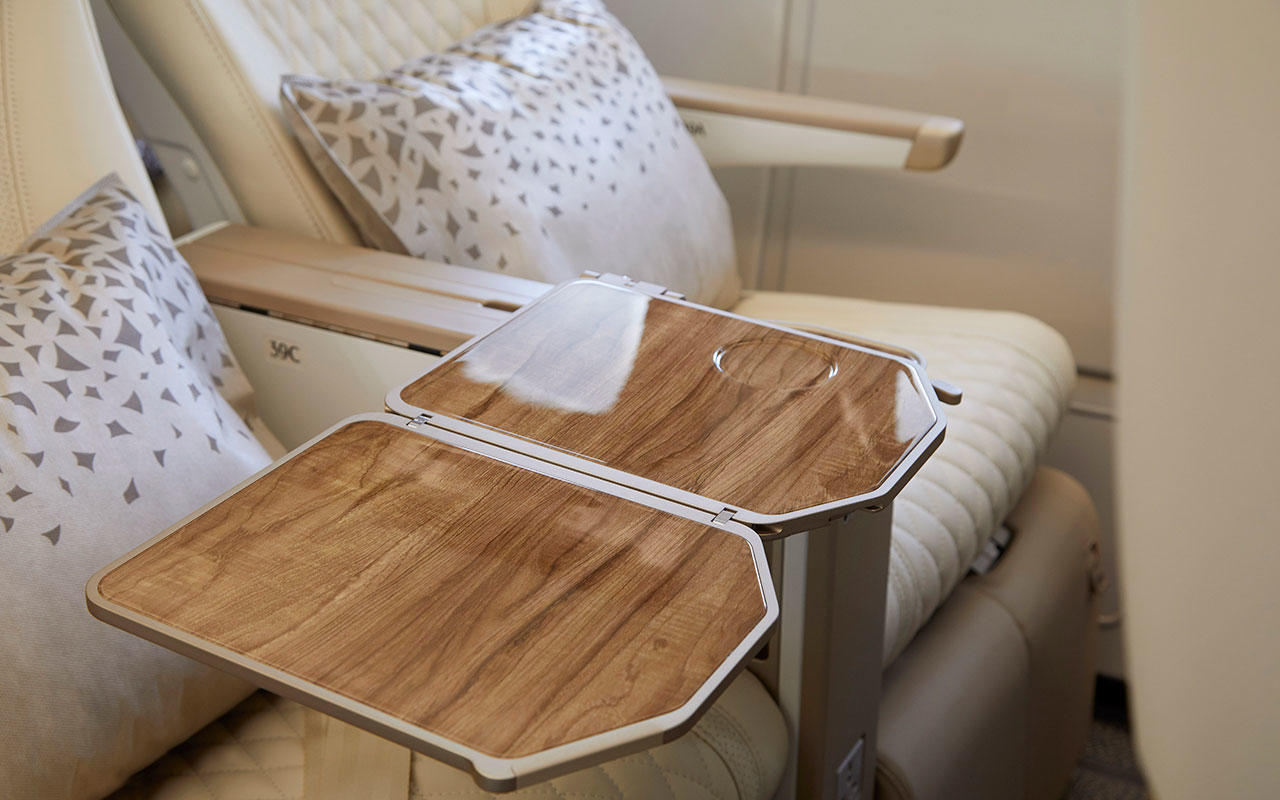 On the latest Emirates A380, the airline has also enhanced its 14 first class private suites, making them slightly wider with taller doors for even more privacy and comfort.

Cabin detail and finishes have also been refreshed.

In economy cabins, Emirates said it has replaced all 338 seats onboard its newest A380 with ergonomically designed seats, as well as a 13.3″ personal screen.