The last 747-8 will roll out of a Seattle-area factory in about two years, and Airbus is already preparing to build the last A380 jumbo 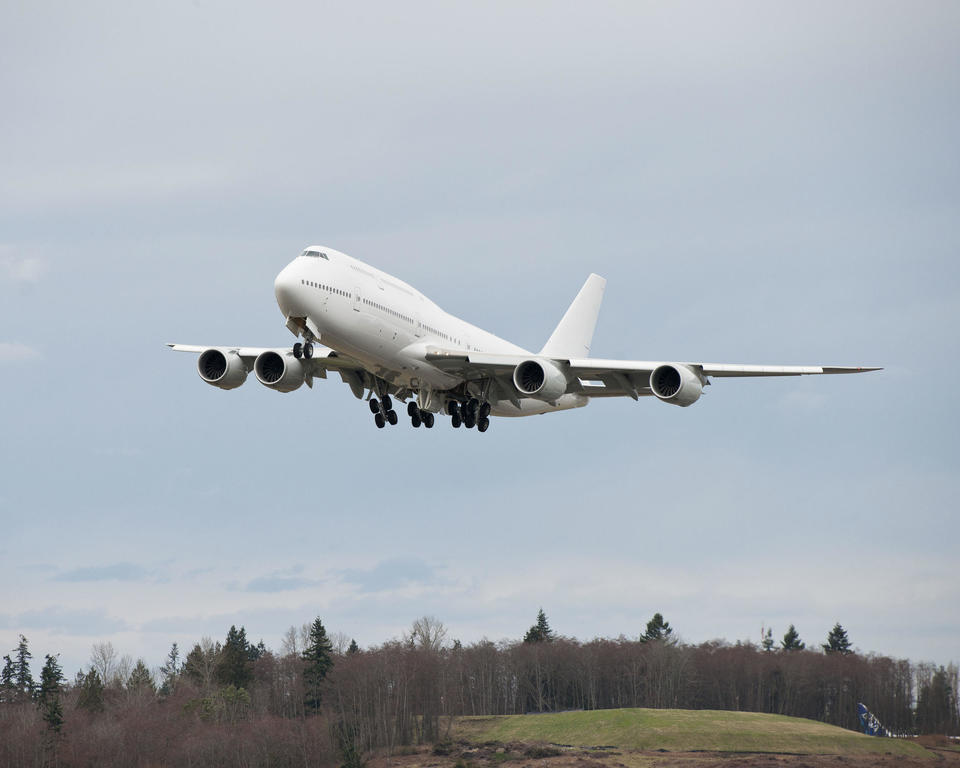 Boeing hasn’t told employees, but the company is pulling the plug on its hulking 747 jumbo jet, ending a half-century run for the twin-aisle pioneer.

The last 747-8 will roll out of a Seattle-area factory in about two years, a decision that hasn’t been reported but can be teased out from subtle wording changes in financial statements, people familiar with the matter said.

It’s a moment that aviation enthusiasts long have dreaded, signalling the end of the double-decker, four-engine leviathans that shrank the world. Airbus is already preparing to build the last A380 jumbo, after the final convoy of fuselage segments rumbled to its Toulouse, France, plant last month.

Yet for all their popularity with travellers, the final version of the 747 and Europe’s superjumbo never caught on commercially as airlines turned to twin-engine aircraft for long-range flights. While Boeing’s hump-nosed freighters will live on, the fast-disappearing A380 risks going down as an epic dud.

The grand jetliners also face another indignity: The Covid-19 pandemic threatens to leave their manufacturers scrounging to find buyers for the last jumbos built.

“As it turned out, the number of routes for which you need an ultra-large aircraft are incredibly few,” said Sash Tusa, an analyst with Agency Partners.

Queen of the Skies

Boeing’s “Queen of the Skies” debuted in 1970, an audacious bet that transformed travel but almost bankrupted the company. Passenger versions boasted a spiral staircase to a luxurious upstairs lounge. Freighter models featured a hinged nose that flipped open to load everything from cars to oil-drilling gear. The 747 went on to rack up 1,571 orders over the decades – second among wide-body jets only to Boeing’s 777.

The millennial-era A380 could haul as many as 853 travellers and reflected Europe’s lofty aerospace ambition. But by the time it arrived in 2007, airlines were already tilting to smaller planes that burned less fuel.

Boeing correctly anticipated the trend with the twin-engine 777 and the 787 Dreamliner. With prodding from Joe Sutter, a famed engineer who’d led the original 747 programme, the planemaker decided to develop a relatively inexpensive upgrade of the four-engine plane to steal sales from the A380.

The strategy would have been successful, had the 747-8 not been bedevilled by early mismanagement, blowing its budget and deadlines, said Richard Aboulafia, an analyst with Teal Group.

The Chicago-based company has lost about $40 million for each 747 since 2016, when it slowed production to a trickle, making just six jets a year, Jefferies analyst Sheila Kahyaoglu estimated. All told, Boeing has recorded $4.2 billion in accounting charges for the 747-8, which has been kept alive as a freighter. The 747 notched its last order as a passenger jet in 2017 – for Air Force One.

Boeing’s jumbo freighters will continue to ply the skies for decades after production stops, said Aboulafia. But he’s dropped the passenger-only A380 from his forecasts.

“It’s going to have the shortest lifespan of any type in history,” Aboulafia predicted. “I’d be shocked if there’s still an A380 in service in 2030.”

Airbus disagreed. “We will see the A380 continue flying for many years,” the planemaker said by email.

But the coronavirus pandemic is hastening the end of the behemoths as people movers. With travel not expected to fully recover until mid-decade, airlines are culling aging jetliners and four-engine jumbos from fleets to limit spending. About 91% of 747s and 97% of A380s are parked, Credit Suisse estimated last month.

Air France, Lufthansa, and Qatar Airways are among carriers weighing whether to ground their A380s permanently or are preparing to do so. Airbus has just nine of the planes still be delivered. All but one of them are tagged for Emirates airline, the largest A380 operator, which is considering whether to scrap its final five on order.

The A380 has cost Airbus about 20 billion euros ($23 billion), breaking even or generating profits for only a three-year stretch starting in 2015, Agency Partners estimated. With just 251 aircraft sold over the program’s life, the planemaker never achieved the efficiency that comes with manufacturing at large scale, Tusa said.

Boeing, meanwhile, had been preparing for years to wind down the 747 programme, and its sales team has been sounding out customer interest in a potential freighter version of the 777X. If such a model goes forward, it would bolster flagging sales of the largest twin-engine aircraft in the company’s line-up.

The telling omen that Boeing had written the iconic 747’s final chapter came in financial filings earlier this year. Gone was any indication that the company would continue to “evaluate the viability” of the programme, standard phrasing it had previously used.

“At a build rate of half an airplane per month, the 747-8 programme has more than two years of production ahead of it in order to fulfil our current customer commitments. We will continue to make the right decisions to keep the production line healthy and meet customer needs,” Boeing said for this story.

The planemaker has just 15 unfilled orders for the 747 – all freighters. A dozen of them are headed to United Parcel Service Inc., and the fate of the rest is unclear, part of a dispute with Russia’s Volga-Dnepr Group.

Boeing has approached the US courier and other potential customers about taking the three planes, people familiar with the matter said. The planemaker and UPS declined to comment. Volga-Dnepr didn’t respond to requests for comment.

UPS in May agreed to take a 747 that Volga had ordered. “Working with Boeing, we saw an opportunity to bring another 747-8 online this year in time for our peak shipping season,” the courier said.

Ultimately, Boeing’s decision on the 747 boiled down to resource allocation, said George Dimitroff, who leads valuations at aviation consultant Cirium. Could the assembly line floor space be better used on another airplane, such as the 767, which shares a bay in Boeing’s Everett, Washington, factory?

“If you’re building half an airplane a month, it’s probably not your most profitable programme,” Dimitroff said.