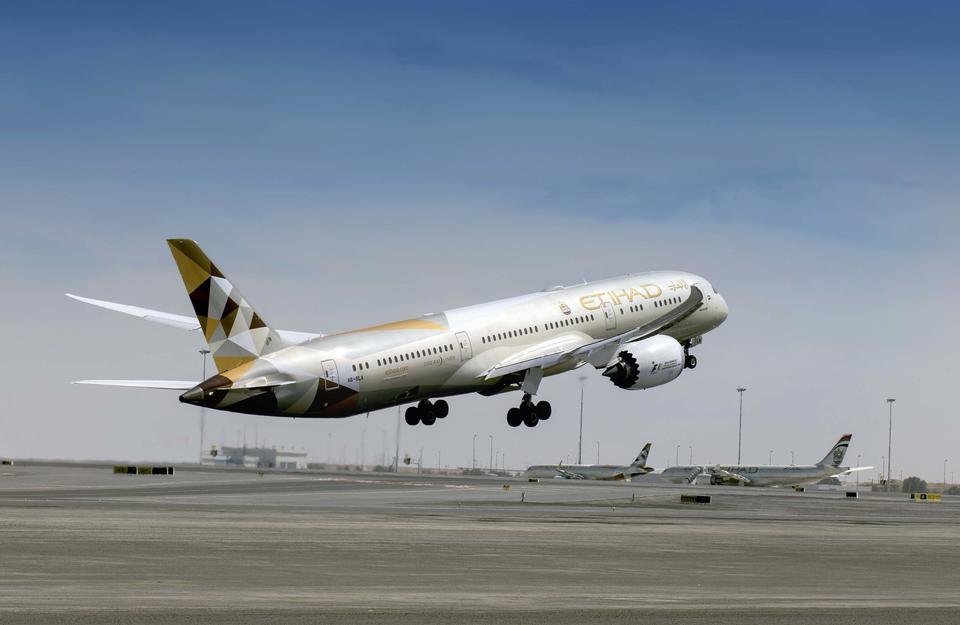 Etihad Airways CEO Tony Douglas said the airline has managed to get a “skeleton network” of flights using 25 of its Boeing 787 Dreamliners.

Etihad Airways is targeting mid-July for a ‘meaningful’ return to regular passenger flights, according to CEO Tony Douglas.

The Abu Dhabi carrier had previously pencilled in May 16 as a date for a return to flying, but the airline has since suspended sales of tickets on flights before June 16.

Speaking on CNN’s Quest Means Business, Etihad Airways CEO Tony Douglas said the airline has managed to get a “skeleton network” of flights using 25 of its Boeing 787 Dreamliners, primarily for cargo in the aircraft’s bellyhold, but also for repatriation of citizens back home and bringing residents back to the UAE.

The schedule has been growing each week, and this week the airline added more flights, including return services to Paris, Geneva, and Milan.

When asked about when the airline planned to return to “meaningful flying” – regular scheduled flights – Douglas said there are “a lot of variables in this equation”.

“But my sense is we’re looking at the 16th of July is when we see that we’d like to make a few more steps, and hopefully with the right approvals in place where it’s safe to fly, we’ll build off the back of that.”

Airlines around the world have been making tentative plans to return with limited services.

Outgoing chief executive of British Airways owner IAG said earlier this month that the UK carrier was planning for a “meaningful return” in July “at the earliest” – but cautioned that this was dependent on easing lockdowns and travel restrictions. “We do not expect passenger demand to recover to the level of 2019 before 2023 at the earliest,” he added.

Irish carrier Ryanair – the largest in Europe – said it plans to restore 40% of flights from July, while British airline EasyJet said it would return to the skies next month, on June 15, with “a small number of flights” of mainly domestic flying in the UK and France.

Meanwhile, Etihad Airways confirmed earlier this week that it has been forced to make redundancies “across several areas” of its business as a result of the economic crisis caused by the Covid-19 pandemic.

It prompted suggestions that Etihad and Emirates could possibly merge, or at least introduce closer business synergies. In answer to a question on the possibility, Douglas admitted the airlines have been working together recently on cargo operations “in a non-competitive way”, but said a decision about a merger was for the owners of the carriers.

“At this point in time, I don’t know of any plans in that regard, and were there ever to be so, it’s something that would be handled at stakeholder level or shareholder level, but what we are doing, wherever possible is working together,” Douglas said.