NEWARK — United Airlines on Tuesday unveiled the new aircraft interior that it plans to feature on its entire mainline narrowbody fleet by early 2025.

United Airlines has ordered 270 narrowbody aircraft for delivery by 2026. The order, the largest in United’s history, will combine with previous orders to enable the carrier to grow by approximately 200 aircraft over the next five years. Read More

The carrier took delivery of its first Boeing 737 Max-8 on June 28 and displayed it for the media at a Newark Airport hangar on Tuesday. The plane will take to the skies no later than July 15.

The dimensions are mostly the same as United’s newest Boeing 737-800NGs, except those planes offer 34 inches of pitch throughout Economy Plus, according to SeatGuru.

United offers passengers an extra inch of pitch for all three seat types on its 737 Max-9 aircraft.

The carrier on Tuesday revealed its plan to create a consistent “signature interior” for new and existing planes.

United announced early Tuesday that it has ordered 270 single-aisle narrowbody jets with deliveries expected between 2023 and 2026. Coupled with existing orders, United has approximately 500 planes on order. The order includes 150 Boeing 737 Max-10s, 50 of the smaller 737 Max-8s and 70 Airbus A321neos.

United is touting the new interiors as an upgrade for passengers, offering more Economy Plus and first-class seats as well as a consistent passenger experience. 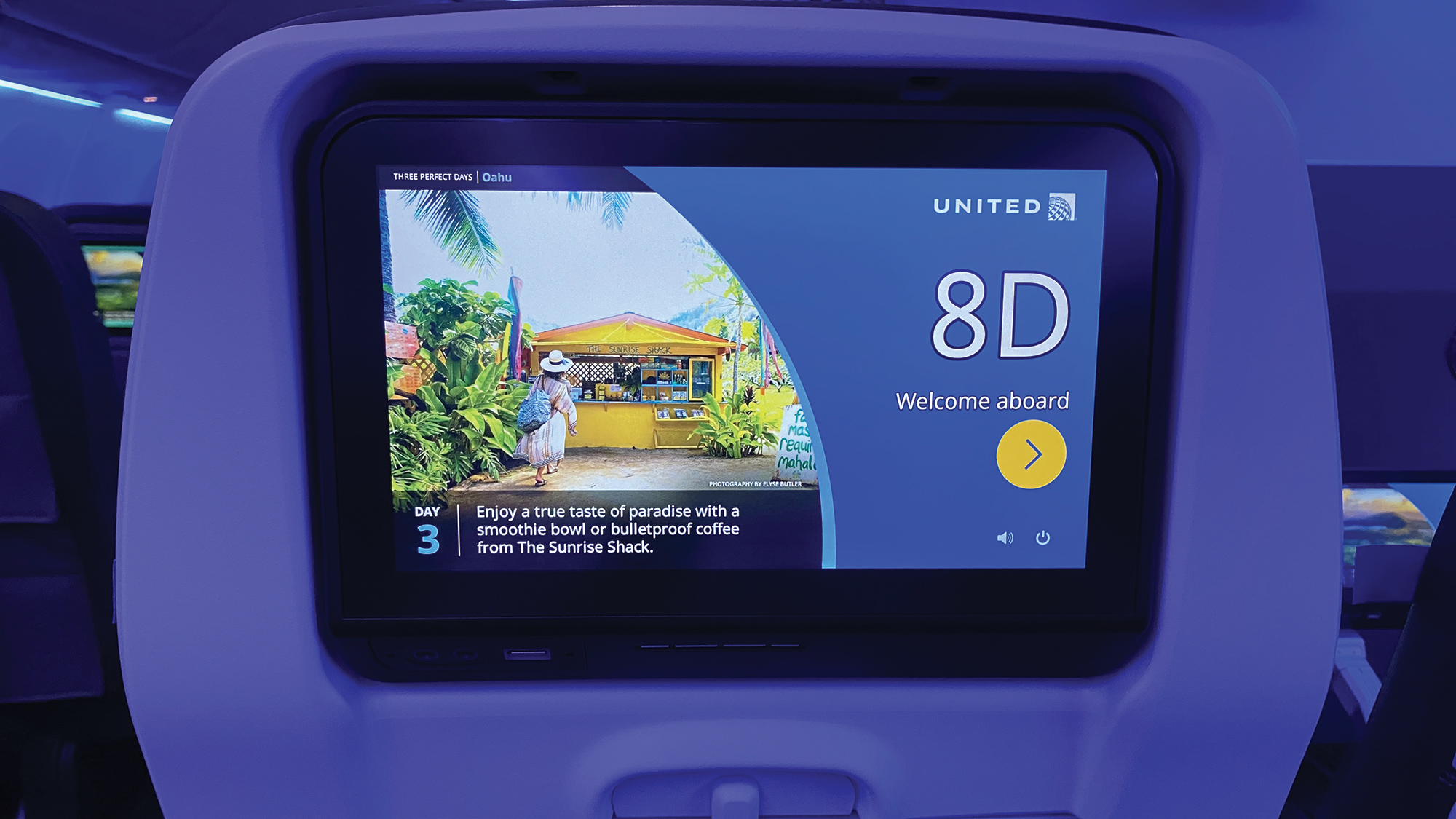 The standardized interior, including the interior of the new Max-8 aircraft on display in Newark on Tuesday, will include entertainment systems on every seatback. The Panasonic systems will have 2,800 hours of content. High speed WiFi will be supplied by Viasat.

The Max 8’s aircraft seats are colored mostly in the deep blue that is associated with United, and the Economy Plus seats have a purple hue.

The plane also has LED mood lighting, which United executives say will be adjusted according to the time of day to ease the flying experience.

A key feature of the new Max aircraft is large overhead bins. United says the plane has enough bin space to stow a full-sized carry-on for each passenger.