Summit for everyone! The G7 leaders are visiting next week but will they get to see the Cornwall that caters for all tastes and ages?

My campsite at Wildflower Wood is on Beersheba Hill, overlooking Carbis Bay and St Ives. Some 650ft below, all is frantic activity as preparations continue for the G7 Summit.

In a field a few miles away, they are putting in rows of shipping containers to house security staff for next week’s meeting of world leaders.

But in this wood of sycamore, ash, elder and pine, the only sound is the birds and a gentle Atlantic breeze, which ripples the bluebells. 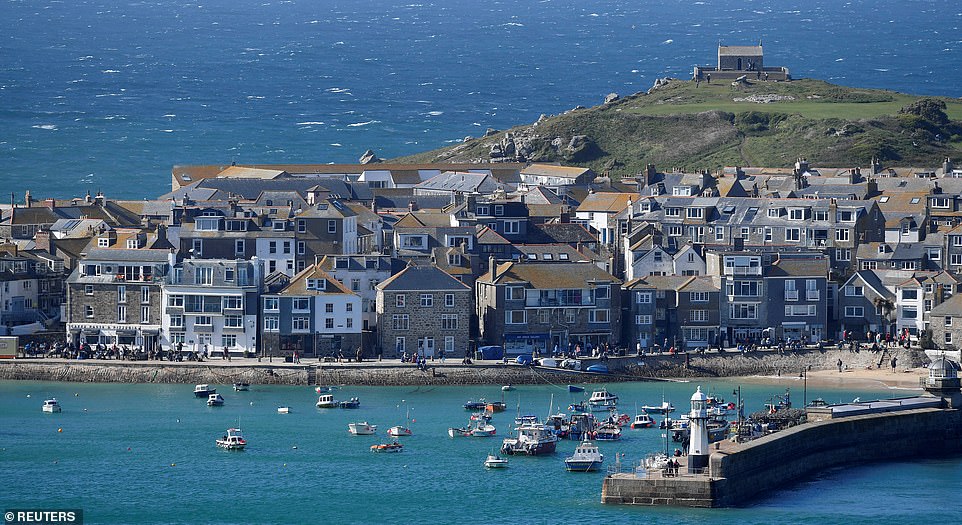 Harbour view: G7 delegates can visit thriving St Ives during the summit, which kicks off on June 11 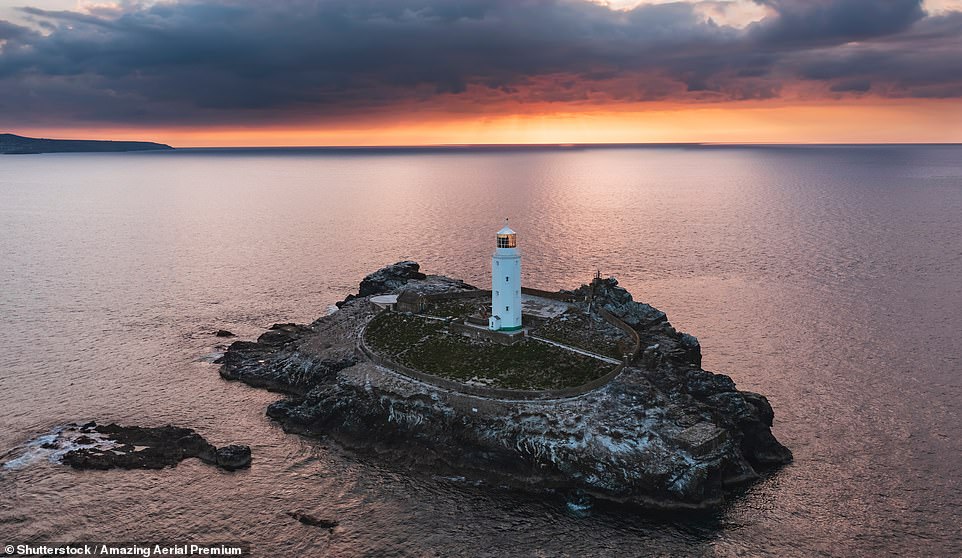 I’m staying not in a tent but in a Landpod — a hipster spin on a gypsy caravan. It has no electricity or heating, just a battery pack for lights and a USB charger.

I walk up a wood-bark path to my waterless loo and gravity shower (not shared with other podsters, thankfully). Boris Johnson said the main agenda at the G7 is ‘to help the world to build back better and greener’.

Cornwall, he added, has long been a leader in eco-technology and thinking. Well, I’m doing my bit.

The plan is to get around on one of the campsite’s ebikes and use the train to get in and out of St Ives. I’m on my own little patch of moral high ground (before I get too smug, I’ll confess I drove 300 miles in a diesel 4×4 to get here). 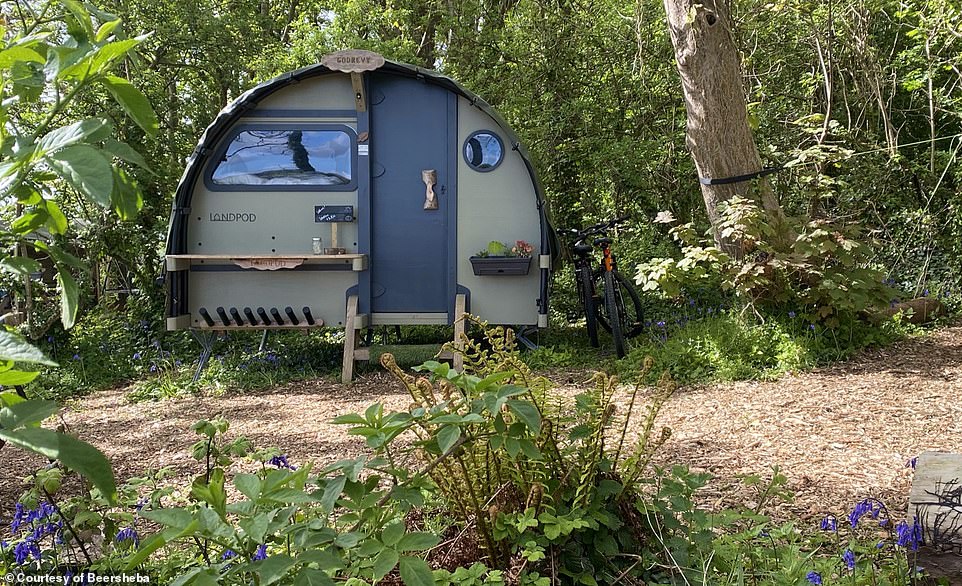 The Daily Mail’s Mark Jones stayed at a campsite at Wildflower Wood, overlooking Carbis Bay and St Ives. Instead of a tent, he slept in a Landpod, which he described as a ‘hipster spin on a gypsy caravan’ 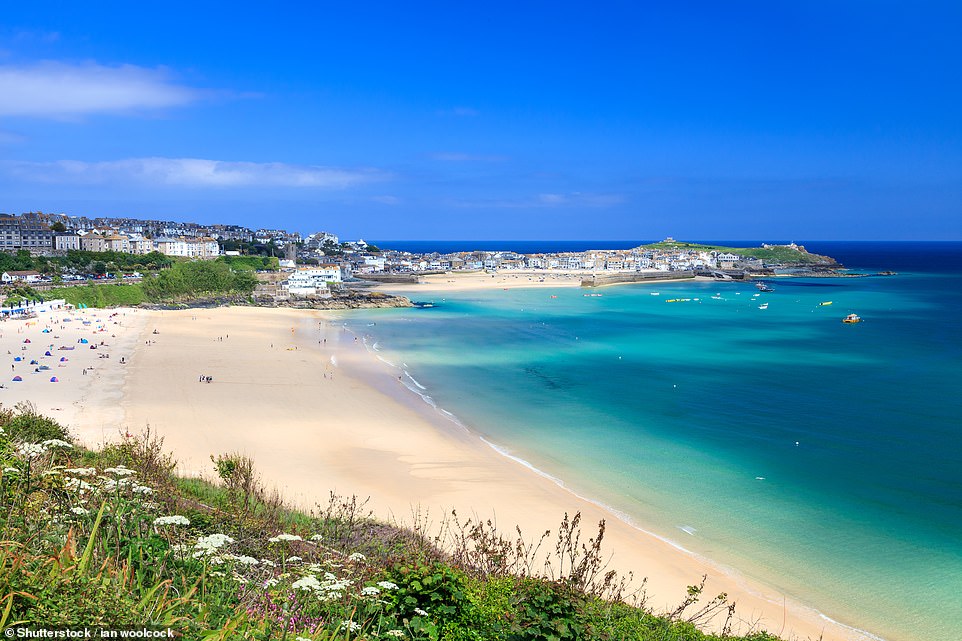 As I gaze out, I’m trying to think what the delegates will make of this narrow piece of coastline. They are used to luxury resorts chosen to keep them safely distant from the ordinary people whose fates they are meeting to determine.

But the Carbis Bay Hotel is just outside a suburban enclave, not far from the sturdy, compact harbour of St Ives. The locals don’t know why they are there. The G7 delegates may not, either.

But give it a little time and I think they will find west Cornwall the perfect place to get away from their air-conditioned meeting rooms and private jets. Pleasant surprise number one: the miles of pale, sandy beaches and turquoise seas. The Japanese delegates might swear they were back in the subtropical islands of Okinawa.

Okinawa is also a great pottery-making centre. You can bet VisitCornwall will whisk them off to the St Ives studio of Bernard Leach, the late father of British studio ceramics, who took inspiration from Japan.

They, and other delegates, may also come to revise some of their preconceptions about British food. There is Rick Stein’s Padstow empire along the coast.

And the Australian PM Scott Morrison (not officially part of the G7 but invited as a guest and observer) will find one of his own, Warrnambool’s Mick Smith, doing dazzling things at the Porthminster Cafe. But Mick has views on macroeconomic policy, too.

The British delegation will, of course, portray St Ives as a fine example of regeneration, a property hotspot, a traditional fishing village reinvented for a cosmopolitan clientele of art and food lovers. Some 12 miles away at barely managing Camborne, Mick advertises for staff.

But there’s nowhere affordable for them to live in St Ives — and nowhere to park. Americans missing spicy Cajun cooking can head to Hayle, where Lula Shack on North Quay serves up a fine gumbo.

But their chief, Joe Biden, is sure to have ice cream on his mind. Boris needs to take him to Moomaid Ice Cream at Zennor on the craggy north coast. And it would be criminal not to pop into the Tinners Arms, too. I really hope the delegates get to explore the country between the north and south coasts.

On my first evening, I hike inland along the old St Michael’s pilgrim route. The next day, I take one of the campsite’s e-bikes and discover the tranquil, remote 13th-century chapel of Towednack.

Inside, I chat with Roger, a reallife Cornish bard, who sits and reads as the afternoon light streams across the moor, through the plain leaded window and onto his snowy beard. The problems of Belarus, Gaza and Indian variants seem a long way away. 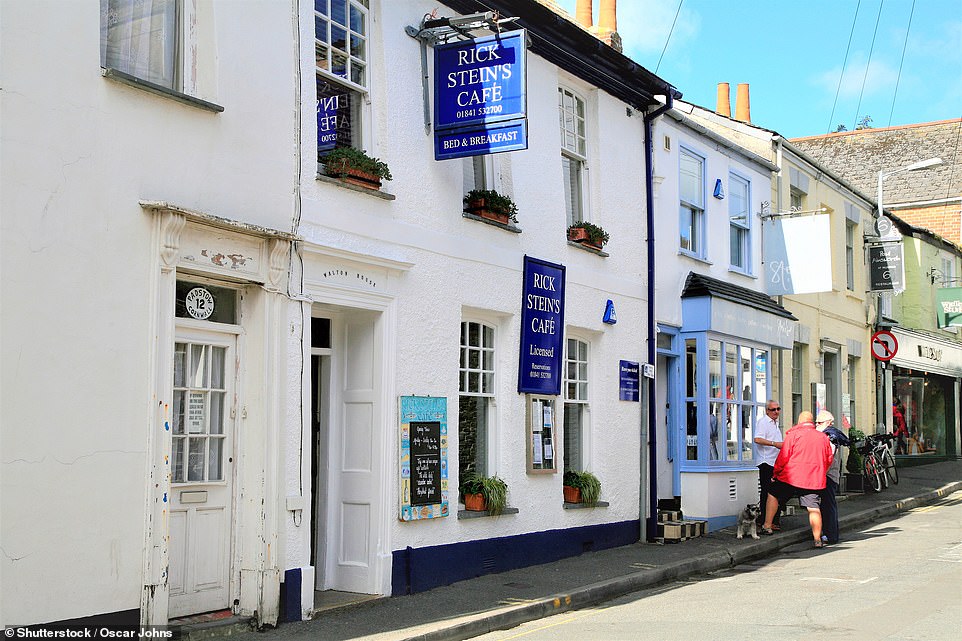 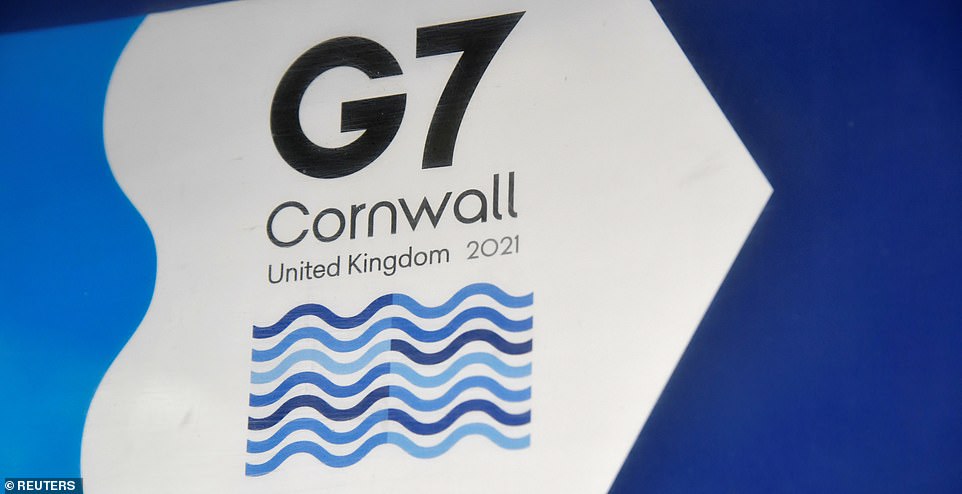 A G7 logo is seen on an information sign near the Carbis Bay Hotel, where the in-person G7 summit of global leaders is due to take place 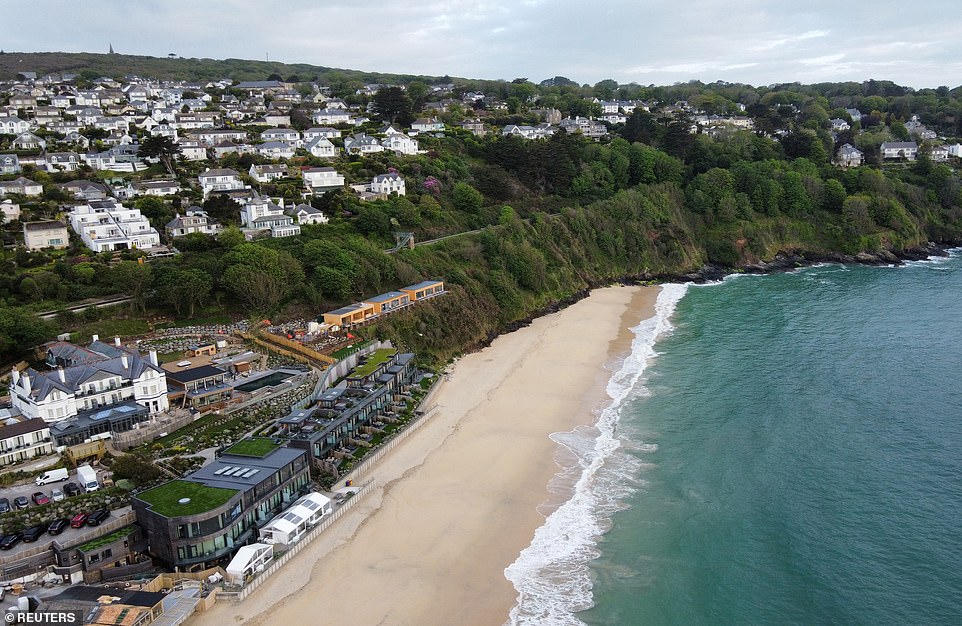 A drone shot of the Carbis Bay Hotel, which is just outside a suburban enclave, not far from the compact harbour of St Ives

You’d hope Cornwall’s greentech story will appeal to scientifically minded Angela Merkel. But if she’s like most of her countryfolk who visit the county, she’ll be seeking out the locations of Penzance-born Rosamunde Pilcher, who is huge in Germany.

Climate change is always on locals’ minds, possibly because the climate is so changeable. But when the sun shines, there is nowhere better. The G7 leaders’ R&R itinerary is top secret, but it’s a fair bet the UK hosts will want to showcase St Ives as a town that really has built back better after its main industries of fishing and domestic tourism took a huge hit.

It is now prosperous and full of places to buy stylish knick-knacks. Rumour has it that the new Mrs Johnson will organise a private tour of the wonderful Tate gallery for delegates’ partners.

As evening falls on the terrace of the Porthminster Beach Cafe, I sip a glass of Picpoul and appreciate the quality of light in St Ives which enticed so many artists. Light. Freshness. Calm. After the year the world’s leaders have had, I think this might be just what they — and the rest of us — need.