The black-sand beaches and towering volcanic mountain cliffs day after day have me in awe. Serpentine roads that weave between the hills, around craggy rocks and toward tall mountaintops (some even covered with snow) are engineering marvels.

As someone who has spent quite a bit of time living and working in Spain, its Canary Islands were synonymous to me with fun in the sun. But my experience aboard the Azamara Journey’s 10-day sailing around the Canaries this week has unveiled so much more about this seven-island chain. A signature for Azamara is its longer stays in ports, eliminating the Cinderella-like rush to return to the ship before sunset. This sailing also includes two overnights in port, in Gran Canaria and the Portuguese island of Madeira. 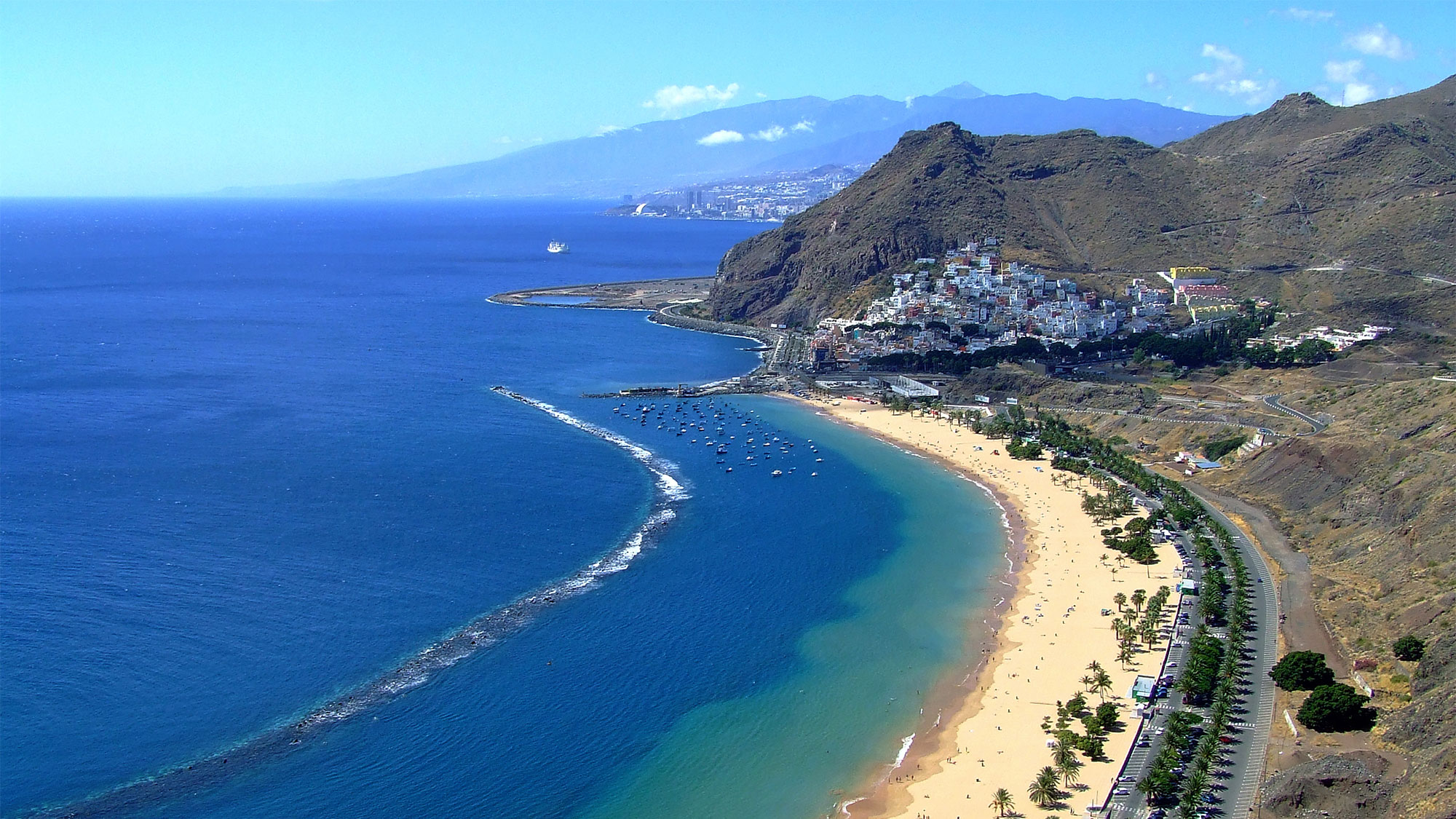 Forgoing the tourist hot spots of Lanzarote and Fuerteventura, the Azamara Journey calls on smaller islands like La Gomera, El Hierro and La Palma. A long roster of ship-coordinated excursions is available, some lasting as long as 7 to 8 hours. For me, exploring on my own is half the fun.

On La Gomera, I went to the house where Christopher Columbus stayed on his final stop before crossing the Atlantic and venturing to the New World. Then I coerced a shop owner to teach me a bit of the island’s whistling language (el silbo).

Now protected by Unesco and part of the curriculum in local schools, this once-dying register of the Spanish language is experiencing a renaissance. Different tones represent certain consonants and vowels. It was created for easier communication across the island’s undulating landscape, divided by tall hills and deep ravines. El silbo can be heard from miles away, at least when a local uses it. My whistling dialect seems to have fallen flat. 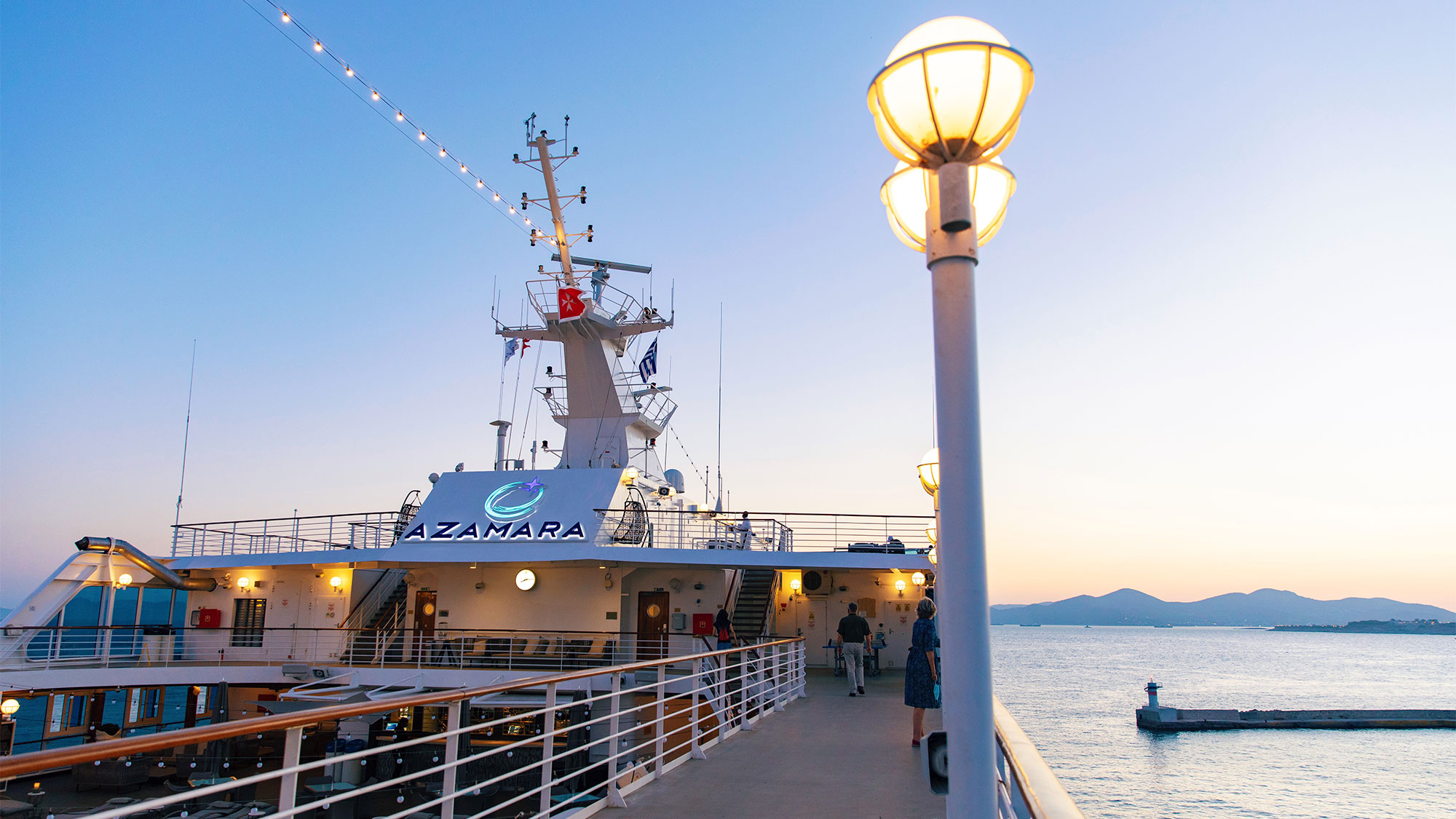 I also enjoyed the urban vibe of Santa Cruz, Tenerife’s largest city, where I shopped for my favorite Spanish groceries at El Corte Ingles and watched the bustle of daily life. It’s an active place, so much so that United Airlines is starting a nonstop flight this summer to the island from Newark.

It is also home to Mount Teide, the highest point in Spain and tallest point above sea level in the Atlantic Ocean. When measured from the ocean floor, it is one of the tallest volcanoes on the planet, and I could see its snowy peak from my sun-drenched balcony. Its last eruption was in 1909, which is why the national park surrounding it gets so many visitors. Another of the many surprising things I learned is that this is the most visited national park in Spain and all of Europe.

I walked for hours along the black-sand beach of El Hierro, the quietest of the islands I visited, before watching a school bus unload its masked children to their waiting parents nearby. Snippets of local life are what make cruising to new (and old) places so special, and I really liked the variety of less-visited locales on this trip.

The itinerary (and surrounding views) is king on this ship. I didn’t come expecting pool parties or production shows. It took me a few days to discover, but Sunset Bar at the aft of the ship is a secret spot (since it stays open between meals when most people sit by the pool) where you can enjoy the view with few other guests around.

Aside from the destinations itself, I am overwhelmed by the kindness and hospitality of the crew. Cruises are known for friendly staff, but there is something about this team that seems particularly special. Perhaps it’s the hiatus from sailing for many of them that gives them a greater sense of pride?

I embarked thinking this trip would be a string of touristy beach visits, but it’s been just the opposite. The natural scenery and surprising history of the smaller ports that the Azamara Journey is visiting on this Canary Island circuit makes me eager to return.