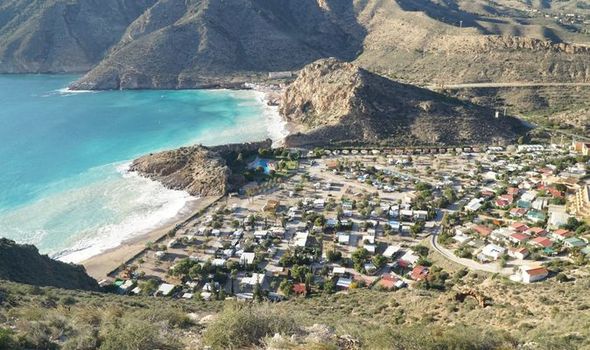 The company was supposed to be offering at-home care for elderly British expats living in Mazarrón in Murcia according to Spanish police. An investigation began after a 90 year old woman was allegedly scammed by her carer.

The police discovered the elderly expat was living alone and had no immediate family when she was reportedly targeted by the scam.

After the raid on the business, police seized €45,000 and £3,600 in cash as well as bank cards and personal documents owned by alleged victims.

The carer who was supposed to be looking after the elderly woman was identified by police as another British citizen in the area.

It is claimed the woman took over the alleged victim’s home and all of the elderly woman’s savings.

The Guardia Civil issued a statement saying: “Officers established that the carer had abused the elderly woman’s trust and taken control of her home and her savings.

“She had sold the property, made herself the joint holder of the woman’s bank account, and was spending the money on purchases for herself that had nothing to do with the needs of the victim.”

The woman has been charged with aggravated fraud, falsification of documents and unfair administration.

It is reported that the carer allegedly gained the victim’s confidence to obtain consent for all the transactions.

Police officers determined she was allegedly targeting victims who could not speak Spanish and had little access to assistance.

The Guardia Civil are reportedly still investigating the company to check if there are more possible victims.

There are fears among police that as many as a dozen victims could have been targeted by the company.

The statement said: “Officers have learned that the arrested Briton sought out fellow Britons living in Mazarrón – mainly older people with no family support and no knowledge of Spanish – and offered them home care.”

The police said they had found legal documents that allegedly show the alleged victim had been persuaded to alter her will by the carer.

Mazarrón is sheltered by the foothills of the Sierra de la Almenara and is a popular location with British expats.

The coastal destination borders the Mediterranean sea and the famous Murcian city of Cartagena.

Just over 10 percent of citizens in Mazarrón are foreign nationals from other European countries.

It is also a popular tourist destination offering 35 kilometers of coastline and many leisure activities.

There are around 31,500 inhabitants and numerous archelogical sites including the Cabezo del Plomo.

Mazzarón is said to be one of the best diving locations in Spain and there are many dive schools as well as dolphin watching tours.

It is located about 45 minutes drive from Murcia International Airport and has around 315 days of sun a year.