Living in coronavirus lockdown, it feels like the whole world has stopped. In fact, the natural world has been doing rather well without human interference.

Our health may be under threat and our livelihoods at risk, but we’ve had time to witness wild things, even if just from our bedroom window. Birdwatching, anyone?

As restrictions ease we can now plan low-impact wilderness encounters a little further afield – even with state border closures in place. 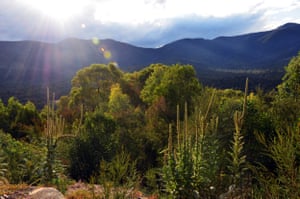 Where: 45-minute drive south of Canberra, not public transport accessible.
When: Open now, with some restrictions.

Wander under koalas at Wildlife Wonders 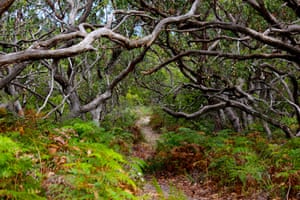 Where: Near Apollo Bay, a little under three hours’ drive south-west of Melbourne. Public transport is available to Colac (train) or Apollo Bay (train and bus).
When: Wildlife Wonders will open for the first time later in spring 2020, follow updates here.

Developed by Victoria’s award-winning Conservation Ecology Centre and designed by Brian Massey, landscape designer of New Zealand’s Hobbiton, Wildlife Wonders (opening in the Spring) is a trailblazing ecotourism experience offering thoughtful encounters with the flora and fauna of the Otways region in a natural, feral predator-free setting. Qualified ecologist guides will give wildlife insights as they show visitors koalas dozing in gum trees, potoroos and bandicoots foraging on the ferny forest floors and kangaroos grazing on grasslands overlooking the Southern Ocean. All funds from visits will be invested into local conservation and research programs. 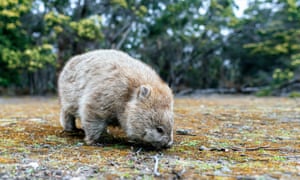 Where: A 30-minute ferry ride from Triabunna, which is 1½ hours’ drive north-east of Hobart. Not public transport accessible.
When: Maria Island, and the ferry service to get there reopens for visitors on 15 June. 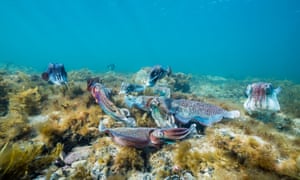 Where: Stony Point, 25kms from Whyalla, four hours’ drive north of Adelaide. Buses from Adelaide to Whyalla depart several times daily.
When: Cuttlefish spawn from June to August annually, and free and paid experiences are available to visitors now.

Witness one of the most spectacular seasonal events in Australian waters, the world’s only known breeding aggregation of giant cuttlefish. Nicknamed the rockstars of the sea, cuttlefish live fast, parade around in psychedelic colours looking for sex, then die young. From June to August, thousands of giant cuttlefish migrate to the Spencer Gulf marine park for colourful mating rituals. Hire snorkel gear and thick wetsuits and follow the interpretive signage at Stony Point for a self-guided snorkelling adventure close to shore. Pure SA also offers a marine-expert-guided, two-day tour from Adelaide, including sightseeing in the Southern Flinders Ranges.

Go beyond a quokka selfie at Rottnest Island 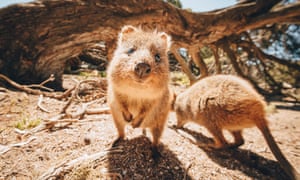 Where: A 90-minute ferry ride from Perth.
When: Rottnest Island reopens for visitors, with extra precautions, from 6 June.

Rottnest Island is not just home to those adorable quokkas. Check out its New Zealand fur seal colony, giant ospreys and wedge-tailed shearwaters. The West End boardwalk is also ideal for watching migrating whales heading north in April and on their return trip from September to December. Look out for migratory banded stilts, crested terns and red-capped plovers on the island’s lakes and go snorkelling with green turtles and 135 species of tropical fish that swim in the warm Leeuwin current. At night, you’ll be serenaded by bats, frogs and geckos.

Peep at a pitta at Fogg Dam conservation reserve 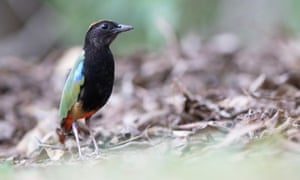 Where: An hour’s drive east of Darwin, not public transport accessible.
When: Open now.

Located on Limilngan-Wulna traditional lands, the free Fogg Dam conservation reserve on the Adelaide River flood plain is the only Northern Territory wetlands accessible year-round without a four-wheel drive. Watch black-necked storks, brolga, comb-crested jacanas (known affectionately as Jesus birds), crimson finches and flocks of magpie geese, as well as water pythons and freshwater turtles from the Pandanus Knoll lookout or from your car along the dam wall (no walking because of crocodiles). Also spot rainbow pittas on the monsoon rainforest walk. NT Bird Specialists offer guided bird tours here. 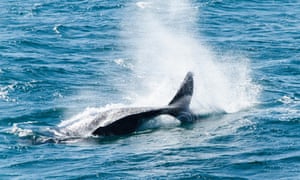 Where: North Stradbroke Island is a 45-minute ferry ride from Cleveland, which is an hour’s drive or train journey from Brisbane.
When: Strandbroke Island is open for overnight stays on 5 June.

Point Lookout on North Stradbroke Island (Minjerribah) is one of the best land-based whale watching sites in the world. Look for them from June to September from the North Gorge headland, where you can also spot dolphins, manta rays, turtles, ospreys, and sea eagles year-round. See eastern grey kangaroos near the Main Beach surf club at sundown and discover koalas, dolphins and pelicans at Amity Point. Book a tour with Indigenous-owned Yalingbila Tours on land or by boat to learn more about the area’s significance to Aboriginal people.

Scuba divers can watch an underwater ballet of manta rays in summer, or listen to whale song and see grey nurse sharks in winter by booking a dive through Manta Lodge and Scuba Centre.

Visit a koala in rehab at Port Macquarie 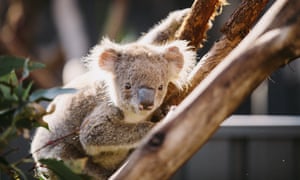 Where: Port Macquarie is a little over a four-hour drive north of Sydney, and is accessible via train and coach.
When: Overnight travel is now possible in NSW. The Port Macquarie Koala hospital will reopen once open air gatherings of 100 people are permitted in NSW. Visit their website for more details.

The bushland around Port Macquarie is the ideal habitat for one of Australia’s most genetically diverse koala populations. With the recent bushfires, the Port Macquarie Koala hospital was thrust onto the world stage as Australia’s leading koala rescue and rehabilitation organisation, yet it’s still a low-key facility run largely by volunteers. Bring the family for a free visit any day of the week. During the 3pm daily feeding-time tours guides give insights into koala behaviour and habitat and describe the new wild koala breeding program. On the nearby coastal walk, watch for dolphins and, from May to November, migrating whales.