Some of the nation’s busiest airports have shuttered concourses, gates and runways in the last month to cope with a significant decline in travel during the coronavirus pandemic. 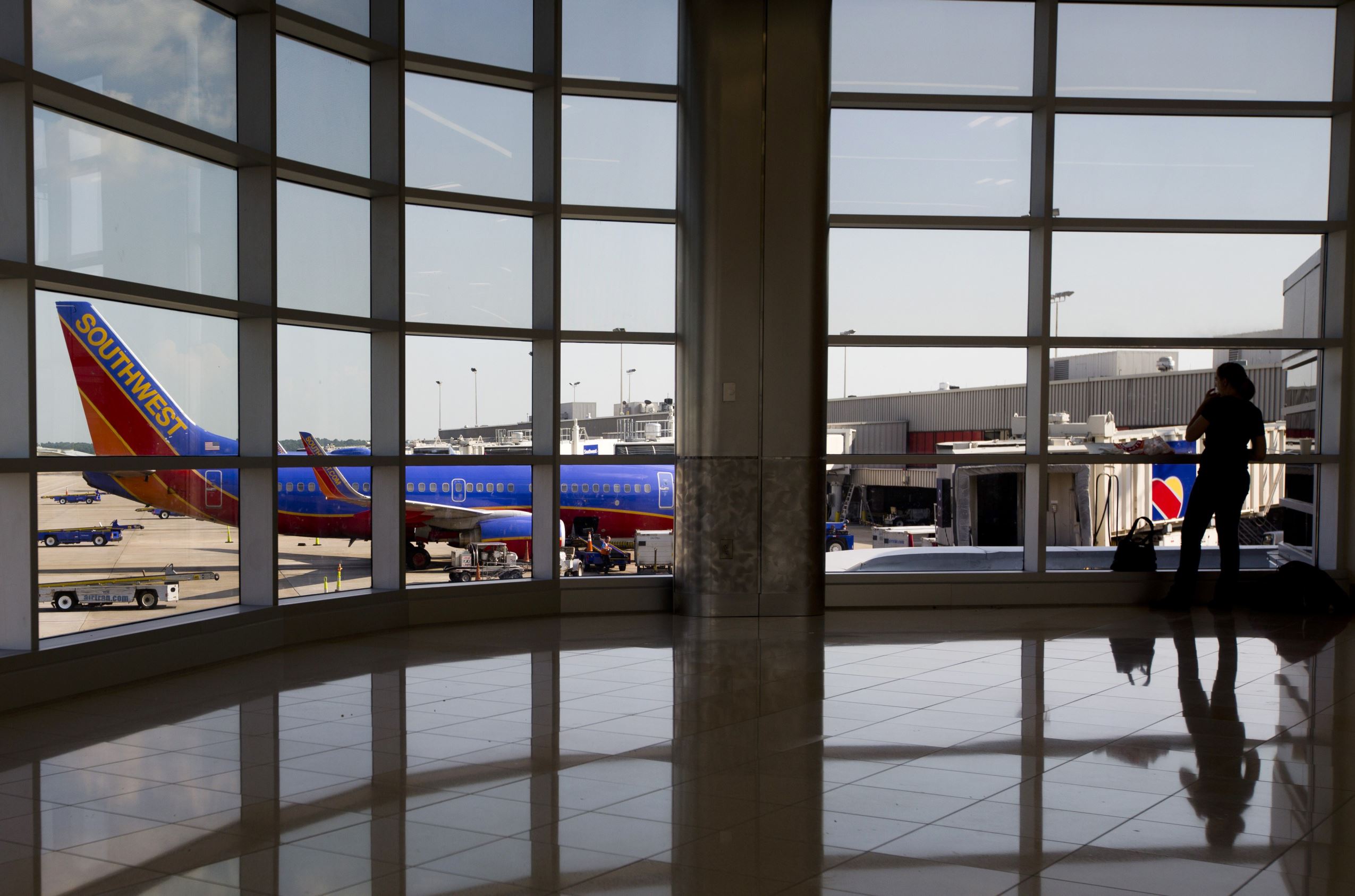 There are no federal bans on domestic air travel. However, many states have issued stay-at-home or shelter-in-place orders.

Start the day smarter. Get all the news you need in your inbox each morning.

Photos of nearly-empty terminals and flight cabins have also circulated on social media.

One of the biggest shutdowns happened at Las Vegas McCarran International Airport when it closed all gates at two concourses this week in response to declined air traffic.

“As passenger activity has declined, McCarran officials are continually evaluating the airport’s infrastructure and operations to identify ways to maximize efficiencies and implement cost-savings measures,” officials said in a news release Wednesday.

London’s Heathrow Airport is temporarily transitioning to single runway operations starting April 6. The airport plans to alternate which runway it uses on a weekly basis, a spokesperson said.

A spokesperson added that while the airport is seeing fewer flights, Heathrow will remain open so it can continue its role in securing vital medical goods and food for the nation during the coronavirus pandemic.

Major airports have also consolidated TSA checkpoints along with reduced staff for efficiency since there are fewer travelers. Additionally, some airline ticket counters have been closed.

Here is a look at more specific measures taken at some of the nation’s major airports.

Hartsfield-Jackson Atlanta International Airport has closed one of its runways to allow airlines to park unused planes there. The airport also closed its domestic north and south TSA checkpoints, and all travelers are going through the main domestic checkpoint.

Officials at the airport, the nation’s busiest, said flights are down 60% from the daily average.

The airport has about 2,700 arrivals or departures on an average day, but now there are about 1,100, airport spokeswoman Elise Durham said in an email.

The San Francisco International Airport has consolidated all flights in the International Terminal to a single concourse through the end of May.

The Dallas/Fort Worth International Airport has closed eight TSA checkpoints, and American Airlines has closed ticket counters in Terminals A and C.

In Phoenix, Sky Harbor Airport expects a 50% decline in flights in May for American Airlines and Southwest Airlines, which are its top carriers.

The airport has closed its B and D security checkpoints in Terminal 4.

The Denver International Airport closed its north TSA checkpoint and is directing travelers to the south checkpoint.

At Chicago O’Hare International Airport, Air Traffic Control operations have been consolidated into one Federal Aviation Administration tower. Two runways have been closed.