Hi ho silver linings: Yes, Corona’s caused chaos but not everywhere is off limits – with big bargains to be had

This may seem counter-intuitive amid all the doom and gloom, but 2020 could be a rewarding time to travel for bargain hunters.

Unsurprisingly, as people are taking stock of the spread of the coronavirus, there has been a downturn in holiday bookings.

The result is that package tour operators, villa companies and airlines have plenty of stock to shift, with prices dropping by as much as 67 per cent in some instances.

Here, we highlight some of the latest, and best, reductions on offer. 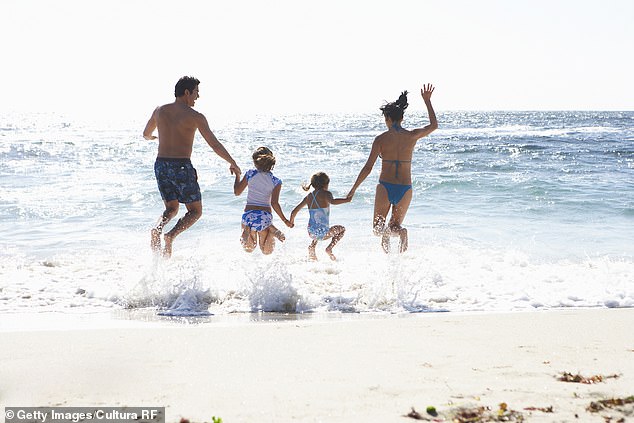 Freelance Holidays, a villa specialist with properties in Crete, Kefalonia, Majorca and Menorca, reports that prices for breaks have fallen by a third year on year (stock image)

Freelance Holidays, a villa specialist with properties in Crete, Kefalonia, Majorca and Menorca, reports that prices for breaks have fallen by a third year on year.

For example on Crete, Villa Oliva, a traditional stone building with a pool, set amid olive trees and with two bedrooms to sleep a family of four, is available from £565 for seven nights in April. This is a saving of £238 from its usual cost (freelance-holidays.co.uk).

For camping breaks, Canvas Holidays has more than 200 campsites across Europe and is offering two nights free for bookings of seven nights or more made before May 31 (canvasholidays.co.uk).

Or, for a huge saving on a family holiday in Tenerife, Holiday Hypermarket has a seven-night self-catering break at the four-star Colon II Apartments in Playa De Las Americas from £263 pp for four, including flights from Exeter on April 7 — a whopping 67 per cent off (holidayhypermarket.co.uk). 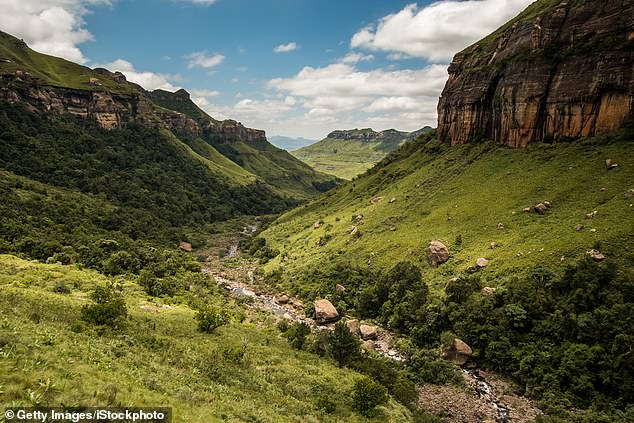 In South Africa, G Adventures has reduced its 17-day hiking breaks covering Table Mountain, the Otter Trail and Tugela Gorge in Royal Natal National Park, plus camping in mountain foothills, to £1,552 pp — a saving of £517 pp — for May 24 departures (gadventures.com).

In Spain, the price of seven-night road and mountain biking holidays while staying at Mar Menor Beachclub by Calblanque Regional Park in Murcia is now from £499 pp (a saving of £200 pp) for travel on May 4. This includes return flights from Stansted, resort transfers, seven nights’ accommodation with daily breakfasts and lunches, plus four evening meals (neilson.co.uk).

Or how about a fly-drive in California for a song? British Airways is offering London to Los Angeles return flights from £389, including car hire for seven days, if you book before March 29 and travel in November (ba.com/california). 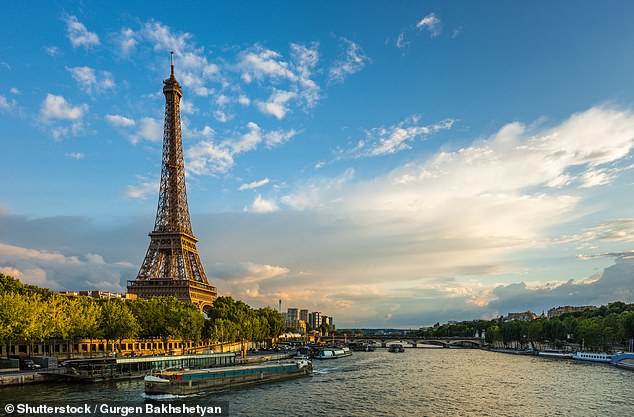 The upmarket Melia hotel group has responded to coronavirus by slashing room rates by 35 per cent to 50 per cent across its portfolio and offering free cancellations.

A stay at the chic Melia Paris la Defense by the River Seine now costs from £94, as does a break at Melia Vienna, with a view of the Danube. And a double room at Melia Granada in Spain is from £57 (melia.com).

Meanwhile, some hotels are offering three nights for the price of two. In London, the Ampersand Hotel in South Kensington has three nights from £540 instead of £810 (ampersandhotel.com). In New York, The Surrey, a stylish spa hotel in Manhattan, has three-night B&B deals from £690 instead of £1,040 (thesurrey.com).

Fantastic beach deals are also about, including seven nights’ half-board in a ‘luxury garden pool villa’ at the slick Residence Zanzibar, a spa hotel tucked away within 32 hectares of tropical gardens, from £1,459 pp — a discount of £800 pp — for departures on March 30. Heathrow flights and private transfers are included (tropicalsky.co.uk). In Jamaica, Tropical Sky is also offering 44 per cent off a week’s all-inclusive stay at Sandals South Coast for bookings before March 31 for travel in November. The price is now from £1,639 pp, including Gatwick flights and transfers.

Elsewhere, a saving of 42 per cent is available on seven-night half-board stays at the five-star Sugar Beach on the west coast of Mauritius — now from £1,599 pp for bookings made before March 31 for travel throughout the year.

Meanwhile, one of TUI’s best deals is for seven nights all-inclusive at Le Morne in Mauritius, overlooking a reef-sheltered lagoon while staying at Hotel Riu Creole from £1,160 pp — a third off — with Gatwick flights on March 29 and transfers included (tui.co.uk). And Trailfinders has five nights at the five-star Fairmont Bab Al Bahr in Abu Dhabi from £599 pp in June with flights and transfers — a saving of £550 per couple (call 020 7368 1200 to book). 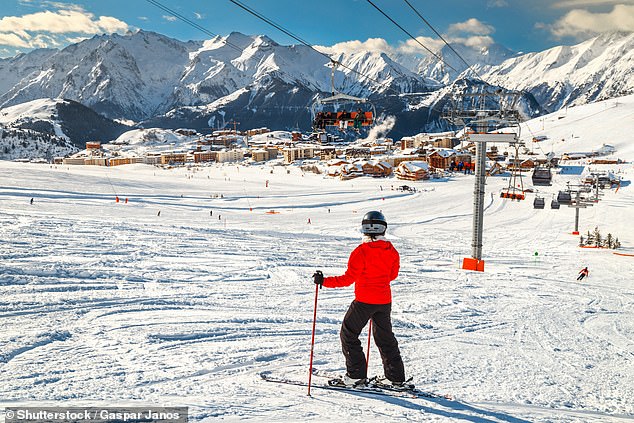 Resorts in the Italian Alps and most of Austria may be closed, but in the rest of Europe it is business as usual — and there are some tempting offers. Pictured is Alpe d’Huez in France

Resorts in the Italian Alps and most of Austria may be closed, but in the rest of Europe it is business as usual — and there are some tempting offers.

Iglu Ski has discounts of as much as 50 per cent for travel later this month. A seven-night catered holiday to Alpe d’Huez in France, staying at Chalet Les Eterlous, is from £699 pp (down from £1,199 pp). This includes flights from Gatwick to Grenoble for travel on March 28 (igluski.com).

Also in France, in Meribel, seven nights at the super-plush Chalet Marielaine Meribel now costs £1,500 pp on March 29, a saving of £479 pp (vip-chalets.com). 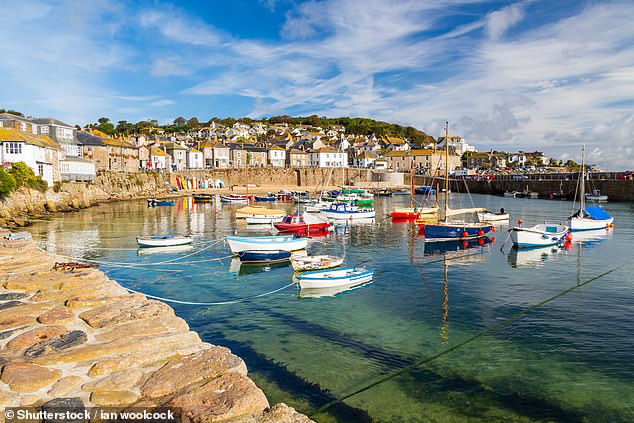 With more people considering a domestic holiday, prices have not dropped as dramatically in the UK as they have further afield

With more people considering a domestic holiday, prices have not dropped as dramatically in the UK as they have further afield.

However, a reluctance to travel in general, combined with fewer visitors from abroad, means rates at hotels and for self-catering breaks are about 10 per cent to 15 per cent less than usual.

For example, Beach Retreats, which specialises in holidays in Cornwall, has 15 per cent off a stay at Little Duck cottage in Mousehole, which sleeps four and has an open fire and elegant decorations, costing from £838 in April, down from £980 (beachretreats.co.uk). Elsewhere, Stablewood Coastal Cottages has 15 per cent off its packages in Northumberland for March and April, including the Easter holidays. Seven-night stays start at £700 for four, (stablewoodcoastalcottages.com).

Hoseasons, which has holiday properties across Britain, has just launched a ‘mega-sale’ to shift rooms. For example, a three-night stay in a ‘deluxe lodge’ sleeping four with a hot tub at Kilnwick Percy Resort in the Vale of York is now from £775 on May 8, down from £989 (hoseasons.co.uk).