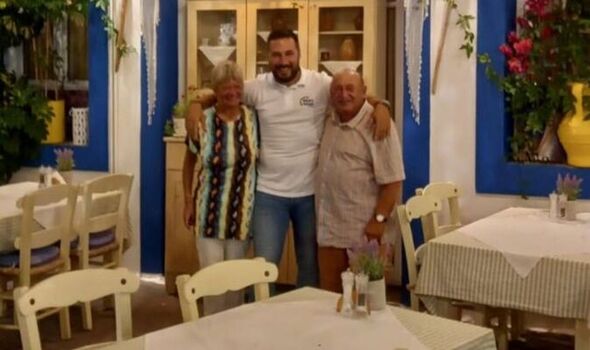 A couple faced a nightmare travel experience when their TUI flights were cancelled, resulting in 70 hours of delays, and to make matters worse, their luggage was left in the UK.  John Dawson, 72, and his wife Ann, 65, had been looking forward to spending two weeks soaking in the Crete sun, but the holiday ended up being far from relaxing, reports The Manchester Evening News.

The pair were due to fly from Manchester Airport on September 2 at 6.35pm, but their flight was cancelled.

They were then taken to a hotel in Stockport, where they claim they were given no information.

Mr Dawson, a retired insurance agent, says the following day, September 3, they were told they would be picked up by coach to travel to Gatwick airport at 1pm, but the coach did not arrive until 3pm, despite them being “kicked out of the hotel as there was a wedding on.”

The couple, from Sheffield, who were waiting outside with everyone else and had not eaten since breakfast, said there was no toilet on board the coach.

Ann says: “Traffic was flying past, we thought someone could get hit.”

The disgruntled pair say they were given a £20 voucher each for food and drink when they arrived at Gatwick airport but say the shops were shutting.

Mr Dawson says they found a Wetherspoons but they had stopped serving food and they were not allowed to use the vouchers for alcohol.

Eventually, the weary couple say they flew out at 11pm to Crete on September 3 – almost 24 hours after they should have been flying.

But their trouble did not stop there. As the couple finally arrived in sun-soaked Greece and went to collect their luggage, they were told it had been left behind in Manchester.

Mr Dawson said: “Everybody’s luggage was still in Manchester. There were babies with no pushchairs. We had no clothes and felt a bit scruffy and a bit fed up. We had to fill in forms to say what our luggage looked like.”

The pair were taken by coach to their hotel and eventually arrived at 6am.

After contacting a TUI representative in the UK, they were told to buy some clothes and toiletries and claim the money back.

After recovering from the 27-hour flight delays, the pair went on to have a fantastic holiday and Mr Dawson says he said to his wife: “At least it can’t be as bad on the way back, but it was.” 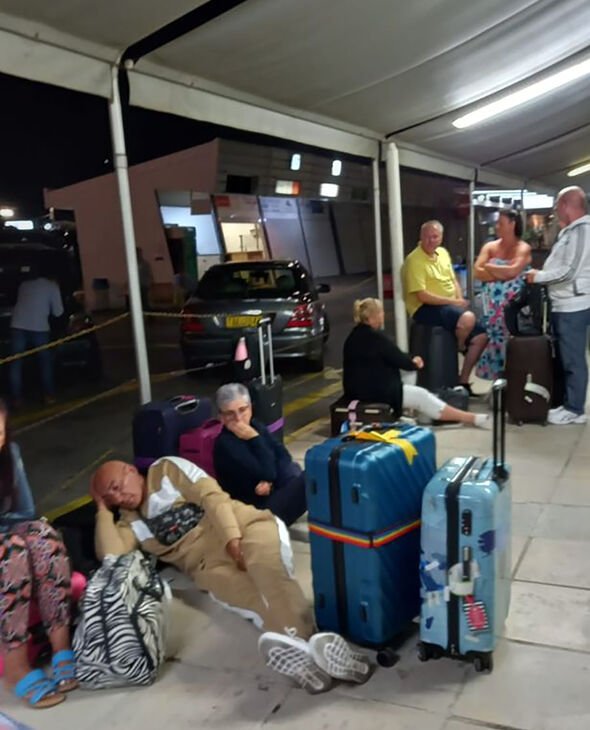 When their holiday was over, the refreshed couple arrived at Heraklion airport to fly back to Manchester at 1.55am on Saturday, September 17, only to see the flight time be repeatedly delayed until it was eventually cancelled.

Mr Dawson says: “We travelled 20 yards on a bus to get the luggage off the plane, then we were kicked out of the baggage area and had to hang around for two to three hours. People were sleeping on the pavement outside.

“As daylight came up we were put on a coach and sent to a hotel nearby for 10am, in time for breakfast.” He says they received a text saying would be picked up at 5pm that day to fly at 8pm.

But the couple claim once they were back at the airport and were practically at the gate about to board, they were told the flight had been cancelled again.

With a dreadful feeling of Deja vu – the exhausted pair were taken to another hotel, where they stayed overnight.

He says after being given numerous flight times they eventually flew home on September 19 at 3.30am arriving back in the UK at British time 6am – 43 hours later.

Mr Dawson says while he understands mistakes happen, he says all communication was via apps and texts.

He said: “I understand mistakes in life happen, but there was no correspondence. I booked my holiday in a shop and I don’t have modern technology and an app.”

TUI said the outbound flight was delayed as a “disruptive passenger” had to be offloaded, taking crew over their maximum legal working hours.

The last-minute delay meant luggage could not be taken off the flight, but was sent to customers the next day.

A spokesperson said: “We fully understand Mr and Mrs Dawson’s frustrations and sincerely apologise for the delays they encountered travelling to and from Heraklion.

“Whilst we do everything we can to get customers on holiday and home again on time, sometimes there are circumstances beyond our control that don’t make this possible.

“And regrettably in the Dawson’s case, a combination of unforeseen circumstances impacted both their outward and return journeys.

“Our teams kept in touch with them throughout their delays and we provided accommodation, transfers meals and details of how to claim the compensation they are entitled to under EU 261 regulations.

“We’d like to thank them for their patience and repeat our apologies for their unfortunate experience.”

Commenting on the delayed return flight, TUI said that the company “fully understands customers’ frustrations” and thanked passengers for their “patience and understanding”.

“We fully understand customers’ frustration due to the delay of flight TOM2571 from Heraklion to Manchester, which was unfortunately delayed due to a technical fault which meant the aircraft needed to remain in Heraklion overnight,” the company spokesman said.