Ad Feature by Šibenik-Knin Tourism board

With its glorious coastline, bucolic countryside, and thrilling cities overflowing with historical treasures, Croatia is the perfect holiday destination whatever the time of year.

And few areas have more to offer than the Šibenik region of north-central Dalmatia, where you’ll find natural wonders – from crashing waterfalls to tiny, unspoilt islands – and a remarkable cultural heritage stretching back thousands of years.

There’s no better way to get the feel of a new destination than on foot, so we’ve put together a guide to help you discover the cultural and natural beauties of the area step by step.

We’ll go from city centres to national parks, sun-drenched beaches to medieval castles, with plenty of unforgettable experiences along the way. So… let’s get started! 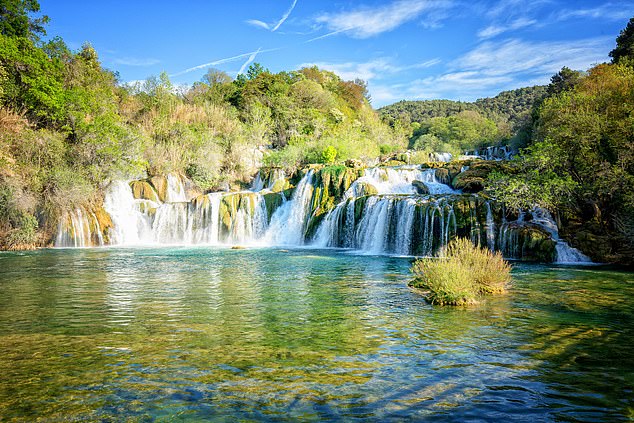 Krka National Park is famous for its seven waterfalls, including the unmissable Skradinski Buk 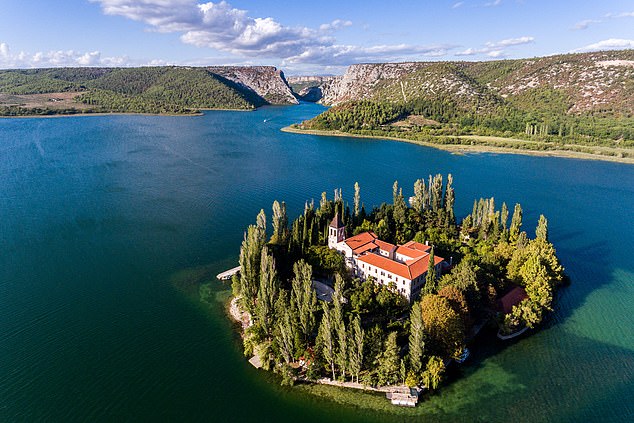 We start our journey in Krka National Park, an area of astonishing natural beauty named after the 45 mile-long Krka River, which runs through its heart.

The park is famous for its seven waterfalls, including the unmissable Skradinski Buk and Roski Slap.

But alongside its dramatic landscapes and rich flora and fauna, the park also boasts a wealth of historical monuments.

The Scardona aqueduct and Burnum military camp attest to the long Roman presence in the area, while medieval survivals range from 14th-century Croatian fortifications to the Franciscan church of Our Lady of Visovačka, and the monasteries at Visovac and Krka.

Local tip: Take a walk along one of the park’s three circular paths. They’re a great way to take in its natural and cultural delights while breathing in the fresh forest air.

STEP 2 – Island hopping in the Adriatic 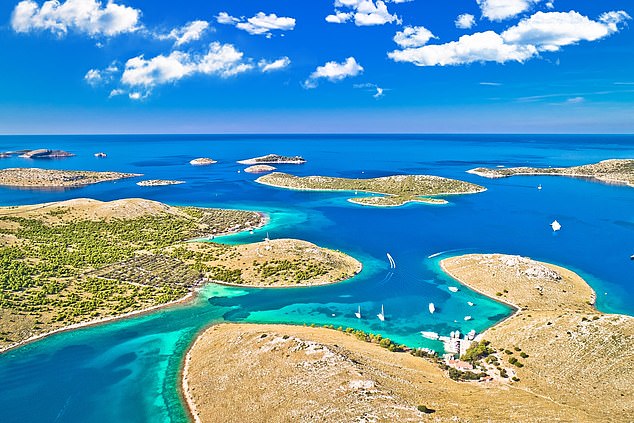 An aerial view of Kornati National Park, which is made up of 89 beautiful islands, islets and reefs

Next, we sail into the Adriatic Sea and the unique Kornati Islands, which include 89 islands, islets and reefs that together make up the Kornati National Park.

With few year-round residents, the area’s rugged terrain, scenic beaches and crystal clear waters give off a desert island feel.

But this belies a long history of human settlement that has left its mark on the landscape, from dry stone walls stretching hundreds of yards (which served as boundary markers) to sleepy fishing villages and the Byzantine fortress of Tureta – which dates back to the sixth century.

Another one of the islands’ unique attractions are the small, walled fields of olive trees that resemble oases of green in the otherwise parched landscape.

These were planted by farmers in the 19th and 20th centuries.

Local tip: Don’t forget to bring hats and plenty of sun cream while walking around Kornati because there is very little shade!

STEP 3 – Hit the beaches in Vodice 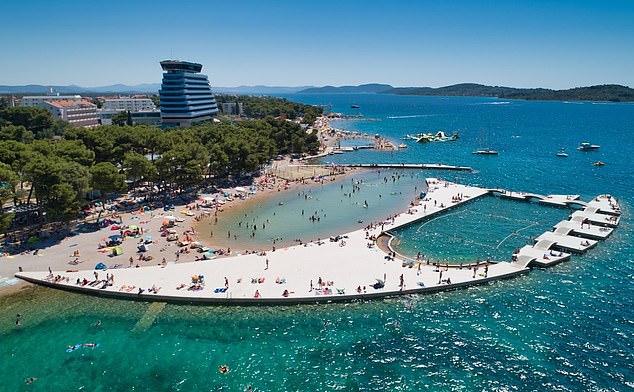 Vodice is well known for its beaches, but like most places in Croatia you’ll find plenty of history and culture too 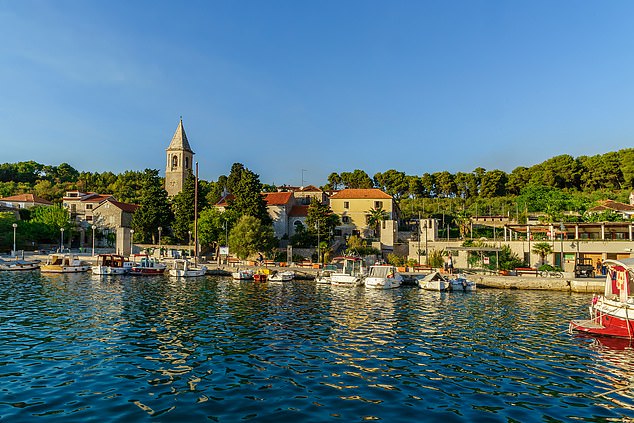 When you feel like sailing away, simply hop on a 20-minute boat ride to the picturesque beaches and hills of Prvić

The popular summer resort of Vodice is well known for its beautiful beaches, but like most places in Croatia you’ll find plenty of history and culture too.

The town’s small, attractive town centre is lovely to stroll around, while just a few miles away you can visit the ancient settlement of Velika Mrdakovica, better known by its classical name, Arauzona.

If you are feeling energetic, a walk up the Okit hill to the shrine of Our Lady of Mount Carmel gives you a wonderful panoramic view over Vodice.

And when you feel like sailing away, it’s only a 20-minute boat ride to the picturesque beaches and hills of Prvić.

The island consists of two settlements, Šepurina – with its steep stone streets lined with historic churches – and Prvić Luka, home of the famous Croatian polymath Faust Vrančić. There are also Roman remains aplenty, including tombs, basilicas and even an ancient cistern – which was used to supply the local inhabitants with water.

Local tip: The countryside around Vodice offers hundreds of miles of cycling trails for riders of all abilities. 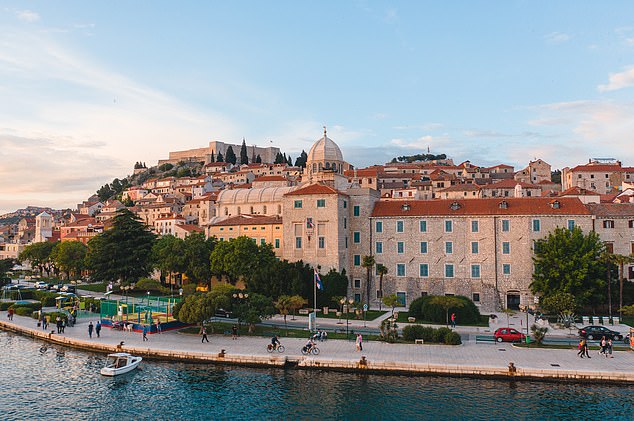 The city of Šibenik possesses an astonishing 24 churches. Pictured is its idyllic waterfront

Šibenik is one of the oldest cities on the Adriatic coast and a history lover’s paradise.

Its ancient city centre is best experienced on foot and includes the UNESCO World Heritage- listed Cathedral of St Jakov – the only one in Europe built entirely in stone.

As well as possessing an astonishing 24 churches, the old city centre also stands out for the beauty of its central square, the Square of the Republic of Croatia.

Be sure to take in its four wells – which provided the city’s residents with water – and enjoy the Gothic exteriors of the Duke’s and Bishop’s Palaces.

Local tip: Take a walk through Roberto de Visiani’s Park and find out why it is said to be one of the considered one of the most beautiful Dalmatian parks. 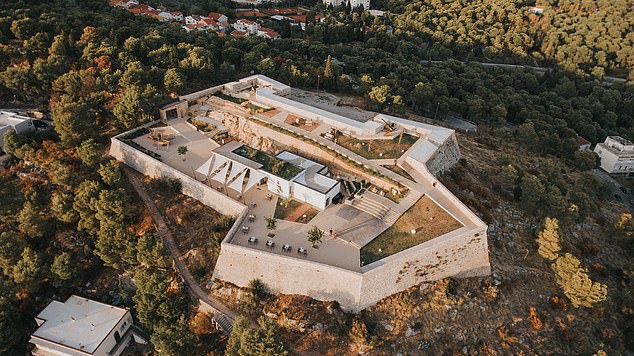 St Michael’s Fortress dates from the medieval period, and owes its name to a church dedicated to the Archangel Michael

The hills around Šibenik are dotted with four forts that made the city one of the most heavily fortified in central Dalmatia.

The Barone Fortress, located 295ft above the sea, was built parallel to the Fortress of St John during Ottoman raids on the city in 1646.

Visitors can enjoy breathtaking views, as well as a virtual reality experience that brings to life the characters, sounds and sights of Šibenik during the city’s 17th-century golden age.

St Michael’s Fortress dates from the medieval period and owes its name to a church dedicated to the Archangel Michael. Built on a steep, rocky hill overlooking the city and the islands of the Šibenik archipelago, it’s now known for its packed summer programme of outdoor music and theatrical performances. 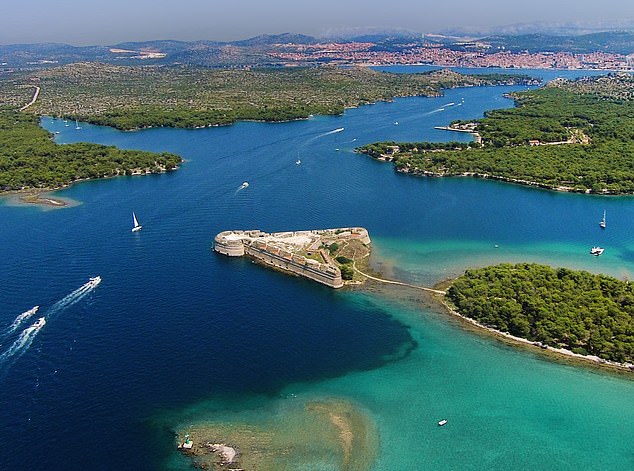 At around two-and-a-half miles long, St Anthony’s Channel is a strait connecting Šibenik Bay to the Adriatic Sea.

At its entrance you’ll find the ruins of two towers built between the 14th and 16th centuries, and an iron chain that prevented enemy ships from entering the port.

Walking past steep cliffs, you eventually come to a sea tunnel that was dug during the Second World War to allow ships to bypass underwater mines to enter Šibenik harbour.

Nearby is an old pier and a cave which housed small church dedicated to St Anthony, and a series of beautiful coves  that are perfect for swimming.

Alongside its panoramic views of Šibenik, the undoubted highlight of St Anthony’s Channel is St Nicholas’ Fortress. The city’s second World Heritage Site, the fortress is surrounded on all sides by water, and opened to visitors in 2019 following major restoration works.

Local tip: Climb to the highest point in the canal along a well-maintained footpath and breathe in the beauty of the Šibenik archipelago. 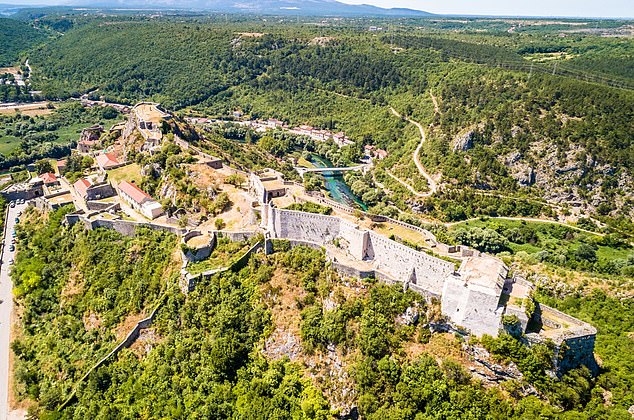 Thanks to its strategic location and status as the historic stronghold of Croatian kings, the city of Knin has been called the Key to Croatia and the Gates of Dalmatia.

Visitors can set foot in the famous Knin fortress – the second largest military fortification in Europe.

Meanwhile, the nearby Dinara mountains are popular with hikers and extreme sports enthusiasts, from mountain bikers to hang-gliders.

The wider Knin region is also great for cyclists, with 13 routes for riders of various abilities.

Local tip: Visit the Burumska lakes and the nearby Šarena Jezera river. 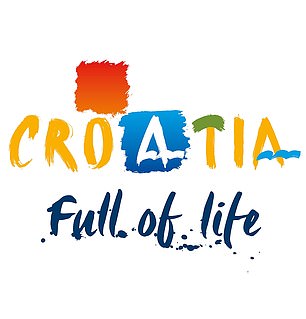 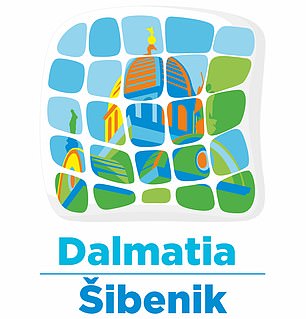