As of late June, the vast majority of Dream Hotel Group’s hotels will be back up and running, with the company most recently reopening its Dream Downtown, Dream Midtown and the Time properties in New York. (The lone hotel in Dream Hotel Group’s U.S. stable that has yet to reopen is the Chatwal New York in Manhattan, though that property is expected to resume operations sometime later this year.) Hotels editor Christina Jelski recently caught up with Dream Hotel Group CEO Jay Stein to talk recovery progress, New York’s rebound and what’s next in the lifestyle hospitality company’s pipeline. 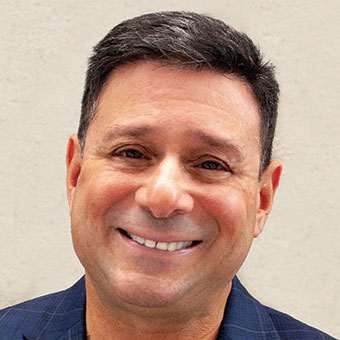 Q: Where are you seeing the strongest green shoots of recovery thus far?

A: In terms of ramp-up, it’s been pretty diverse. You know, we manage the Heritage House Resort & Spa in Mendocino, Calif., and that property has had one of the best years it’s ever had. It’s benefited from being in a rural area and having such a strong drive market, with people from San Francisco and the Bay Area being just so desperate to get away and out of the city. So that hotel has just been doing spectacular. And then Miami’s also been doing extremely well, especially this year. The Dream Miami had a good 2020, despite issues and some closures at times, but for 2021, we’re on pace for that property to also have one of the best, highest-grossing years it’s ever had.

That said, that’s a stark contrast to having most of our hotels in Manhattan closed until about a month or so ago. Dream Hollywood, Calif., and Nashville, meanwhile, sit somewhere between those two extremes. It’s definitely picking up. The Dream Nashville is approaching sellout on weekends going forward, though we’re probably still 30% to 40% off of where we were for midweek business pre-pandemic. And food-and-beverage-wise, pretty much all our hotels outside of New York are achieving stronger or as strong performances than they were experiencing before the pandemic.

Q: How is this year’s summer travel season shaping up, particularly for a market as hard-hit as New York?

A: We’re seeing some very strong summer travel patterns. Even in New York, at our Dream Midtown, for [a recent weekend] we ran 82% occupancy on Friday night and 87% or 88% occupancy on Saturday night, with a rate over $210 or $215. So the rate is still below what it’d normally be, but although we’re not selling out yet as we would normally during a weekend in New York, we’re getting pretty close. And that’s way ahead of where we thought we’d be a month ago, so we’re very encouraged.

Q: Although things are more challenging in a market like New York, are you seeing rates hold steady in other destinations?

A: Certainly, in those markets where we’ve seen that strong demand, rates have been higher than ever. In Nashville and Hollywood, we’ve seen some rate erosion, but not as much as we thought we would. They’ve been able to hold, maybe not quite to pre-pandemic levels, but closer than I thought we’d be able to. And, yes, in New York it’s been a little tougher, especially as we’ve just started relaunching those two Dream hotels. At the Dream Downtown, actually, we’ve been able to push rate a bit higher, but part of that’s because we’ve only opened one tower of that property’s two buildings. We haven’t opened the other tower of rooms, so we have fewer guestrooms to sell. Meanwhile, at Dream Midtown, we’ve opened all the rooms.

Q: Dream Hotel Group has continued to have a sizable pipeline of new developments in the mix. Can you provide an update on that part of the business?

A: We’ve got over 20 deals at this point that we’re working on, and we’re anticipating that we’ll open around four hotels within less than a year from now. That includes our high-end wildness lodge the Chatwal Lodge [in the Catskills], which is set to open this summer, and then the Dream in Doha will be open probably sometime next year, ahead of the World Cup in Qatar in November 2022. We’re also currently opening the Margaritaville Times Square in New York, which is a property we’re managing, and then we will also soon be opening an Unscripted hotel in Belgium. That one will be called Your Nature: An Unscripted Eco Resort.