Occupying the last remaining piece of fenland on the Gwent Levels is Magor Marsh nature reserve. This is low-lying land, bordering the urban spread of Chepstow and Newport, and is a special place for wildlife, with big skies overhead and miles of waterways that are not only a soup of biodiversity but protect the area from Severn estuary floods. At Magor Marsh you can walk along boardwalks near where monks once worked to reclaim the land from the sea, through reed beds with Cetti’s warblers singing wildly, water voles dashing off, the sound of distant cuckoos floating on the air and plenty of waterfowl. If you are really lucky you may catch the splash of an otter or, by peering into the ancient reeds, spot a magnificent diving beetle glistening in the water.
• Free to enter, no dogs permitted, gwentwildlife.org
Gemma Bode 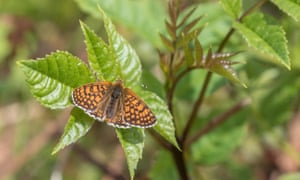 Croydon may be the last place you’d expect to find a wildlife paradise but if you head south-east of the town into the North Downs and Hutchinson’s Bank, you won’t be disappointed. Off Featherbed Lane in New Addington, the reserve is home to 40 of the UK’s 59 butterfly species, several varieties of orchid and a host of other invertebrates and wildflowers. It is a true green-space gem. Paths (some quite steep) crisscross the dry valley over the chalk grassland meadows and along woodland edges, and there are plenty of benches where you can pause for thought and do some nature spotting. Just five minutes’ walk from New Addington tram stop, the London Wildlife Trust site is open all year round and completely free.
• Free to enter, access from Featherbed Lane, dogs on lead, wildlondon.org.uk
Anna Guerin 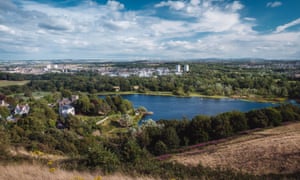 A trip to Arthur’s Seat and Bawsinch and Duddingston nature reserve on Duddingston Loch in Edinburgh is never a wasted day. A great view of the heronry can be had from Hangman’s Rock overlooking the loch. The plethora of birdlife around the loch is a joy to behold. Dr Neil’s Garden is close by. The whole place has an air of being in the wilds and yet is only a short distance from the city centre. Use the Innocent Railway foot and cycle path which also passes the new Holyrood whisky distillery to gain a new perspective.
• Access from car park just west of Duddingston village, scottishwildlifetrust.org.uk
Calum MacLeod

Readers’ tips: send a tip for a chance to win a £200 voucher for a Canopy & Stars stay

Every week we ask our readers for recommendations from their travels. A selection of tips will be featured online and may appear in print. To enter the latest competition visit the readers’ tips homepage 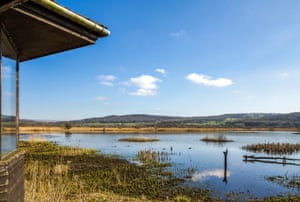 The cafe and visitors’ centre at Leighton Moss RSPB nature reserve are currently closed because of the coronavirus outbreak but visitors are free to wander its lovely trails. There are superb views throughout of the extensive reed beds, and there is an interesting mixture of undergrowth, natural farmland and woodland. Bitterns, avocets, marsh harriers, bearded tits and water rails are the stars of the show, and in autumn, winter and early spring there’s always the chance of wondrous starling murmurations. Morecambe Bay is on the doorstep and (for times when taking public transport is advisable) Silverdale railway station is just metres from the entrance.
• £8/£4, half price if arrive on public transport, rspb.org.uk
Chris Taylot

Swanning around in the Highlands 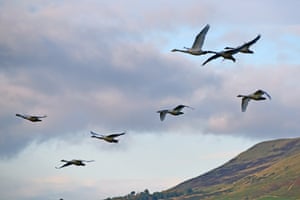 Our trip to the RSPB reserve at Loch Leven in Perth and Kinross, began with a walk in the woodlands, the highlight of which was watching a red squirrel eat a beech nut on a bough less than two metres away. Hordes of bright goldfinches, chaffinches, green finches and siskins flurried around the feeders while a treecreeper crept up a nearby oak. In autumn there are thousands of pink-footed geese here and in winter, whooper swans. Ospreys are present in summer. There’s also a bumblebee sanctuary. We climbed to the top of the hill under soaring buzzards to enjoy a great loch-dominated panorama. We watched the sunset with views of the Ochil Hills fading into the west and snow-capped highlands peeking from behind them, beautifully lit in the twilight glow.
• rspb.org.uk
Brent Walker

Embrace the former base, Berkshire 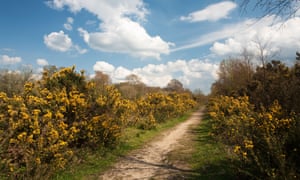 Greenham Common is a name that brings to mind the US air force, cruise missiles and the famous women’s peace camp of the early 1980s, especially the “embrace the base” protest, when thousands of women surrounded the airfield and held hands. There are many reminders of the cold war here still, but the site is now a superb 444-hectare nature reserve managed by Berkshire, Buckinghamshire and Oxfordshire Wildlife Trust. Anyone can walk for free around the extensive heathland, with its sites of special scientific interest; there are a great number of interesting bird, reptile and invertebrate species flitting around the gorse, heather, gravel and grassland. When conditions are right, Greenham Common hosts a late-summer wildlife spectacle as hundreds of autumn lady’s-tresses orchids flower.
• bbowt.org.uk
Holly Mills 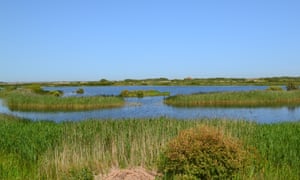 Over the years few places in the UK have recorded more rare bird, insect and plant species than Dungeness, but even if you aren’t a twitcher or botanist the RSPB reserve here is something of a marvel. A mile-or-so-long trail leads to various hides overlooking lagoons, passing reeds, scrub, gorse, shingle and lots of exotic-looking plants that I haven’t seen anywhere else. We went on a hot day in early June without binoculars so spent a frustrating time trying to work out what bird was singing what song. Luckily for us a bittern salvaged the day, flapping ponderously overhead before disappearing into a reedbed. Later, we saw a couple of great egrets. Even more memorable were the viper’s-bugloss flowers growing in great vivid blue profusion everywhere. With the weird combo of lighthouse, tiny steam train and nuclear power station, it was like a day spent on another planet.
• rspb.org.uk
DeeplySpurred 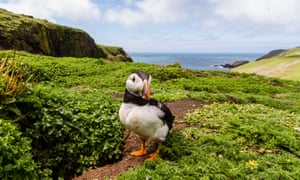 Seals and a plethora of seabirds including puffins swirling around the cliffs of this ruggedly beautiful island are the highlights but don’t rule out basking shark and dolphin sightings. And there’s always the elusive Skomer vole to look out for. At present there are no trips that land on the island but this is under review. There are, however, crusies, sea safaris and private charters around the island.
• Cruise ticket adult £16, child £12, pembrokeshire-islands.co.uk. See welshwildlife.org for up-to-date information on when landing on the island may resume
Luke O’Connor