A video has been released showing the flight being shaken vigorously when it suddenly hit turbulence in mid-flight. A passenger that was on the flight spoke to the Daily Mirror and said: “A couple of times it shook dangerously, which panicked passengers, especially the elderly who lost their balance despite having seatbelts on.” The passenger added that people “were seen loudly praying”.

They said that “women cried when the plane shook heavily.

“Many recited verses from the Holy Quran.”

They went on to say that a wave of panic spread through the cabin, despite repeated attempts by the crew to try and calm people down.

The IndiGo flight from Riyadh, Saudi Arabia to Kashmir, India on Saturday was thrown into chaos 10 minutes from touchdown when the plane began to shudder, Mirror Online reports. 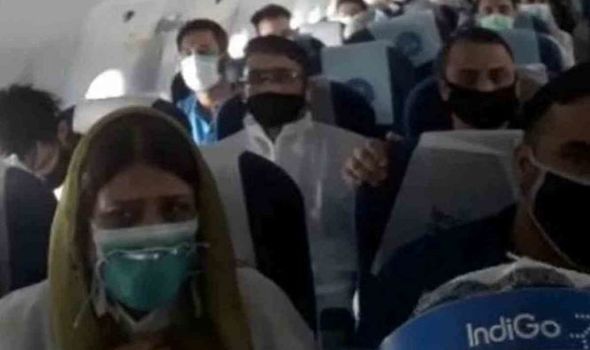 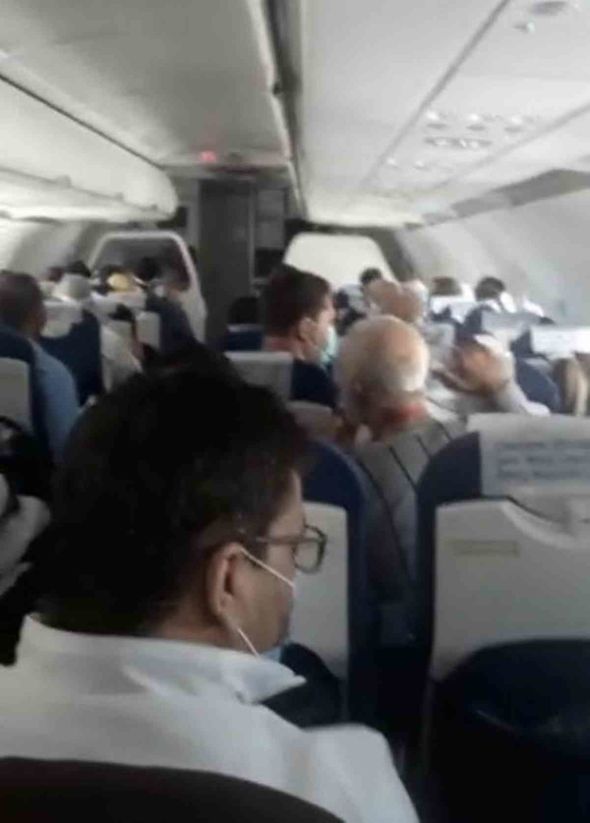 The terrifying event lasted for a full two minutes.

During the turbulence, the aircraft suddenly made two large jumps in mid-air.

The chairs on the flight can be seen wobbling violently in the video. 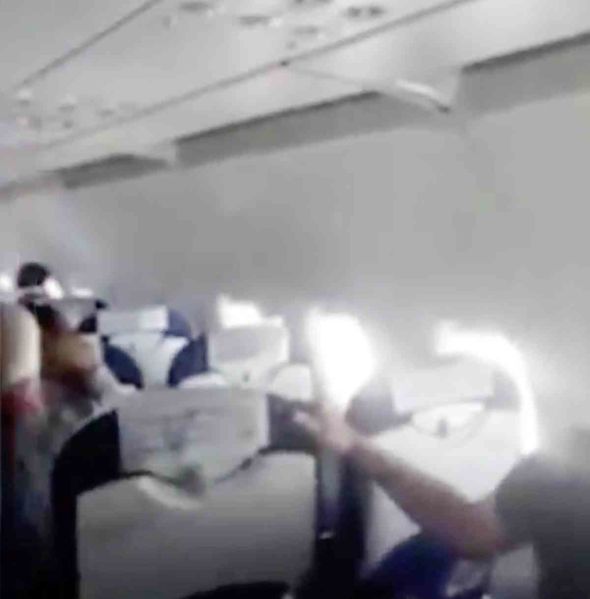 Loud guttural screams can be heard as the plane suddenly lurches downwards.

The plane was making its way towards Srinagar’s Sheikh-ul-Alam airport in Kashmir, India.

Some passengers were terrified.

Others tried to remain calm during the turbulence. 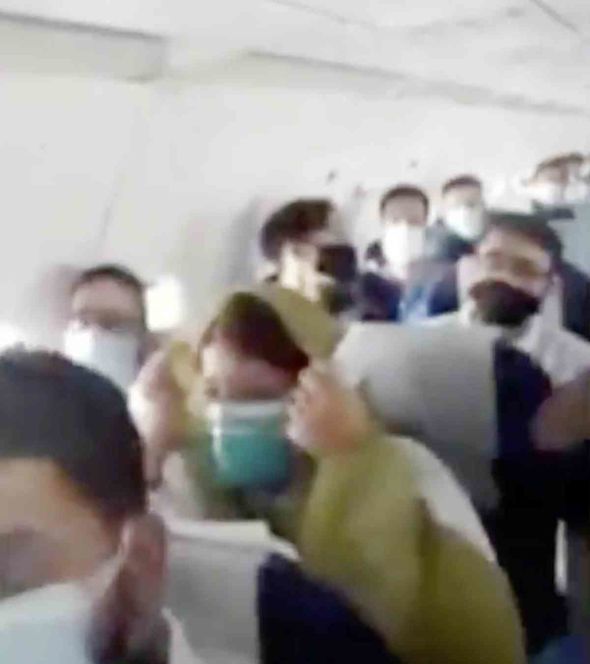 On landing, people began to shed tears of relief.

Then the Indian authorities tested all the passengers for coronavirus.

Passengers with coronavirus have been sent to different quarantine centres across the Kashmir valley in northern India.