Cabin crew members look after hundreds of passengers at any one time. From serving drinks, to food and any other request a flier may have, flight attendants work long hours and have the responsibility of also informing passengers on what to do in an emergency.

A flight attendant has revealed an insight into hidden doors that are used for emergencies.

Blair, a flight attendant for Virgin Australia, shared what it is like being part of the cabin crew on a Boeing 777 aircraft.

Sharing on the airline’s Instagram page in a live story, Blair took viewers around the aircraft explaining important parts of the plane.

In the clip, Blair opened a door which many assumed was a toilet but it actually led to a staircase. 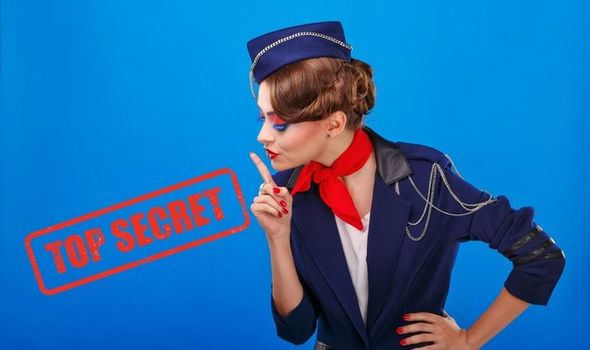 Climbing up the steep stairs, the flight attendant revealed a series of small cabins with beds.

Cabin crew often work long hours with little breaks and Blair said that these pods were designed for staff members to take a nap or break from their shifts on short or long-haul flights.

Some may think that this part of the plane is dangerous because there is no escape route if there was an emergency onboard.

However, during the tour of the plane, Blair shared a trick that cabin crew staff can use if they needed to quickly escape.

DON’T MISS:
Flight secrets: Things cabin crew wish passengers would STOP doing during a flight
Flight secrets: Cabin crew reveal they will use this secret code word if they fancy you
Flight secrets: Flight attendant reveals the most ridiculous request they’ve ever received

Clicking on one of the buttons, the cabin crew member showed that the panel can be transformed into a small escape door with stairs which quickly unfold back down to the Economy cabin part of the plane.

This hatch offers the crew a quickly but safe exit if there was to ever be an emergency onboard.

A post written on the Virgin Australia blog said: “There are two rest areas on board our Boeing 777-300ER aircraft, located above the Business Class and Economy cabins at either end of the aircraft and after main meal service, breaks are allocated to ensure that the right amount of crew always remain on deck to assist guests.

“There are four daily crew on board our Boeing 777 aircraft, and at least two pilots on the flight deck at all times. 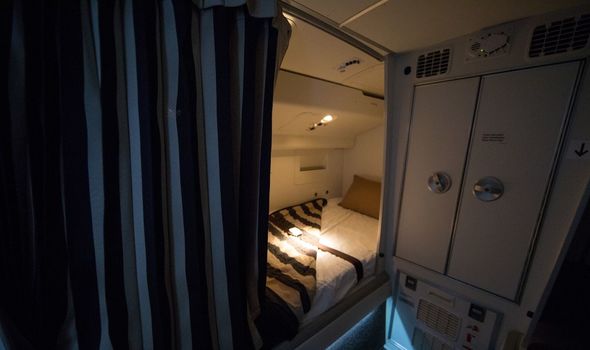 “For pilots who are resting, they can get some sleep in two beds above the Business Class cabin, or relax and enjoy our in-flight entertainment system.

“The rest area for our cabin crew is above our economy cabin, and features 8 single beds with sheets, blankets and comfortable pillows to ensure crew are well rested once they return to the cabin.”

A pilot who works for Scandinavian Airlines also let Instagram into a secret about secret doors onboard an aircraft.

The video clip was captioned: “Stuck in the plane without gate or external stair? No, let me show you a secret!” 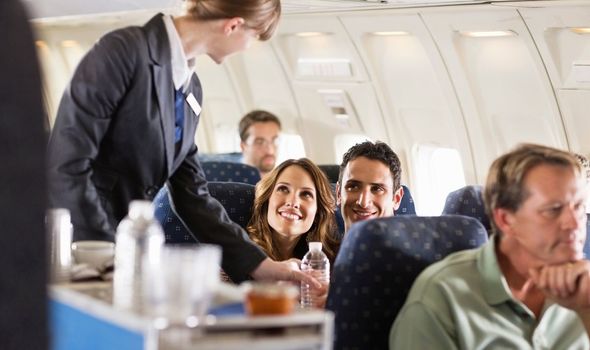 In the Youtube video Björn Lundström gave an insight into a secret compartment.

He opened a hatch which was in the cockpit and revealed some stairs that he walked up.

He explained how up the stairs was an electronics compartment that is usually used when a flight gets diverted.

The compartment is a large area that has a ladder and it is the same area where the computers are kept.