Flights often result in tensions running high. One passenger became so irate on a recent flight they took pen to paper. A letter written on a waste bag on an American Airlines flight earlier this month has gone viral after the angry jet-setter complained about being asked to wear a face mask by a member of cabin crew in the USA.

The flier did not hold back in his vitriol and the letter has sparked horror after being posted to social media by Instagram account passengershaming.

In the biro-written note, the traveller insulted the flight attendant dubbing her a “mask nazi” after she followed airline rules and requested they don a face covering to limit the spread of coronavirus.

“You mean s**t in life,” the incensed passenger wrote.

“You are nothing but a glorified MAID who needs to jump down off her high horse and learn how to speak to ppl. 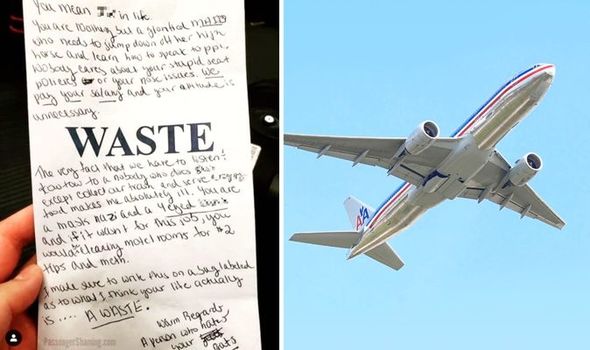 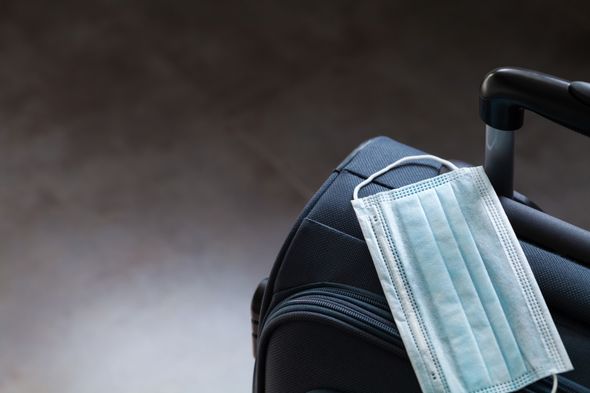 “Nobody cares about your stupid seat policies or your nose issues. We pay your salary and your attitude is unnecessary.

“The very fact that we have to listen & kowtow to a nobody who does s**t except collect our trash and serve c****y food makes me absolutely ill.

“I made sure to write this on a bag labeled as to what I think your life actually is…A WASTE. Warm Regards, A person who hates your guts (sic).”

Passengershaming posted the photo with the caption: “The passenger was identified and banned (had their ‘travel suspended pending an investigation of the incident’) by @americanair lines – also the DCA based flight attendant who this was written about is scheduled to be furloughed on October 2 due to COVID cutbacks.

“AA also mentioned they ‘have been adding more and more customers to the face covering refusal list of passengers who will not be allowed to travel on their airline until the mask requirement is lifted’.

“(This incident happened on 9/03 but we had been sitting on the story waiting for an outcome, so we apologize for not posting it sooner.

“Our intent was to post the full story once it came out. This is where it currently stands between AA and the passenger).” 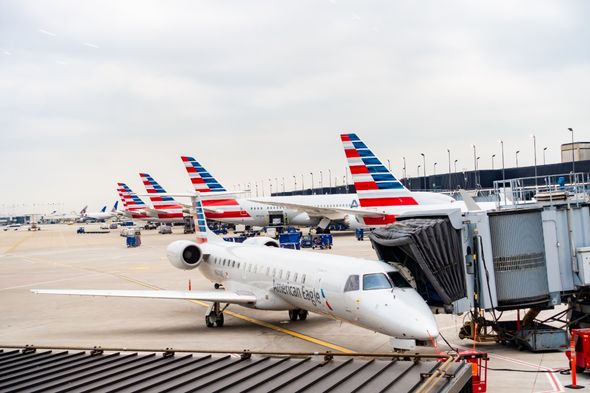 “This note tells me more about the person that wrote it, then the flight attendant,” one person wrote.

“You guys rock and your hard work is always appropriated. 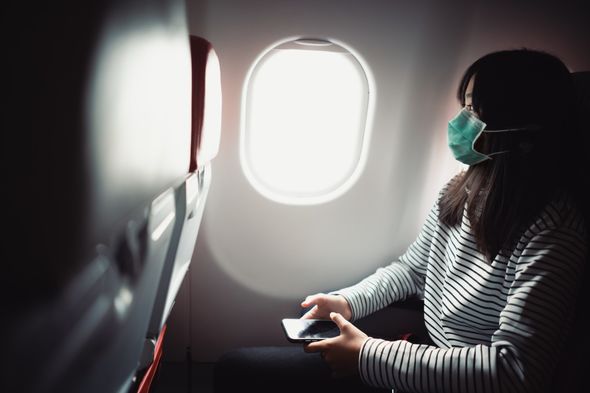 “Wish we knew who the flight attendant was so we could send words of appreciation and spread kindness to drown out the hate,” another penned.

A third commented: “This makes me sad. I often wonder what makes people think they can treat folks who are just doing their job with such hate.”

“The person who wrote this is deeply disturbed,” one person said.