Flights are finally starting to resume something close to their planned itineraries, though with new health and safety measures which will make the inflight experience very different from those pre-coronavirus journeys. However, even with standardised protocols in place, it seems some passengers have taken things into their own hands.

Although their decision may have had the best intentions, onlookers have dubbed the move “stupid.”

The photograph shows a passenger huddled up in the window seat of an aircraft.

What is most bizarre about the sight is the method in which they have utilised to protect themselves from outside bacteria. 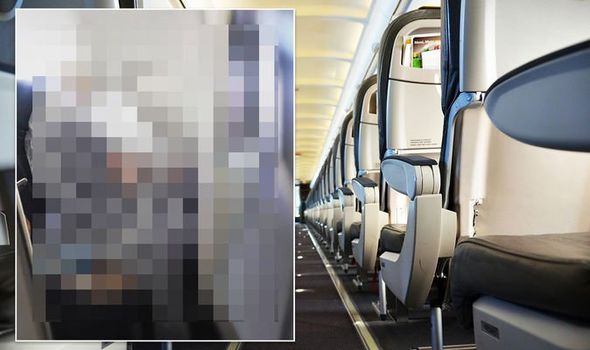 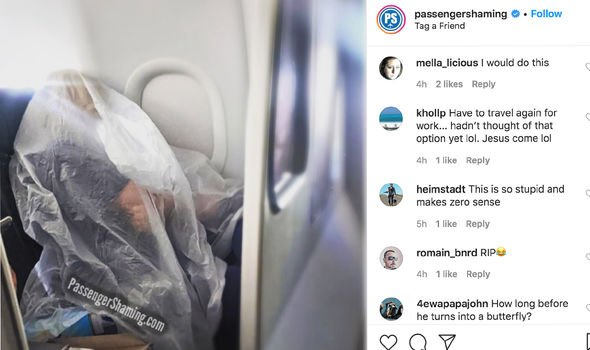 While most airlines are asking passengers to wear face masks or face covering, and are encouraging the use of hand sanitiser and frequent hand washing, this passenger went even further.

The person appears to be covered in a human-sized plastic bag, causing a stir amongst commenters.

At the time of writing 124 people have flocked to the comments to share their differing opinions on the sight.

One viewer said: “This is so stupid and makes zero sense.”

Many others pointed out the health risks the move could actually cause.

One person commented: “If they suffocate it’s their own fault.”

A second wrote: “So, to protect yourself from a disease which will basically prevent you from breathing, you do that! Well done.”

A third added: “And when he/she dies from asphyxiation they will be completely safe from Covid.”

Others were more forgiving and even applauded the move.

One commenter in favour stated: “ I have no problem with this. Might be the new thing.”

A second echoed: “At least she tries, even if it ain’t perfect.”

Another Instagram user added: “Not mad at this!! It’s a total plane mood.

“Keep to yourself and keep away from me.” 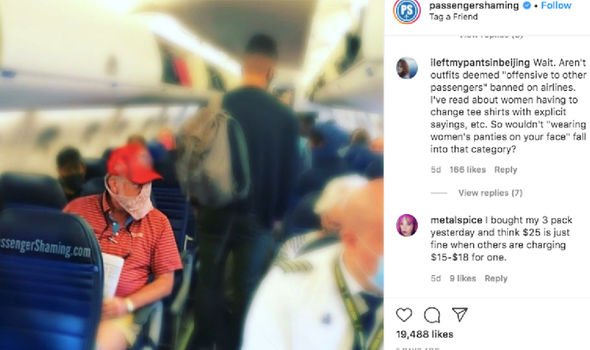 The image isn’t the first to divide opinions over travellers’ questionable protective choices.

A man on another flight was shamed by onlookers for his choice of face-covering on another recent journey.

In a viral photograph, the man can be seen wearing a rather lewd choice of garment covering his nose and mouth.

It comes as airlines including Ryanair and Wizz Air announce the mandatory rule that all passengers should wear face masks. 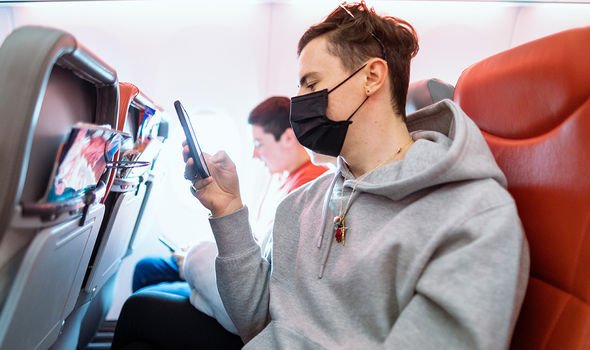 Instead of a standard surgical mask, the passenger in question has decided to make use of a woman’s pair of underwear.

Commenters were appalled at the sight, with one describing the man as a “bratty child that refuses to follow the rules.”

Aside from the safety regulations being flouted, others were quick to point out how “offensive” his choice could be to those around him.

“I’ve read about women having to change T-shirts with explicit sayings, etc. So wouldn’t ‘wearing women’s panties on your face’ fall into that category?” they questioned.