Book me in: Follow Poirot on the trail of Agatha Christie’s serial killer on the English Riviera

There’s no greater pleasure than diving into the pages of a good book, but what happens after the story ends? In a new occasional series, we explore the location of a classic book and discover more about its author – plus find fabulous places to eat, drink and stay. This week: The ABC Murders, by Agatha Christie.

Only the Bible and Shakespeare have outsold the Queen of Crime, Agatha Christie.

Born in 1890 into a wealthy family in Torquay, Devon, Agatha was an imaginative child, devouring her American stockbroker father’s extensive library from the age of five. 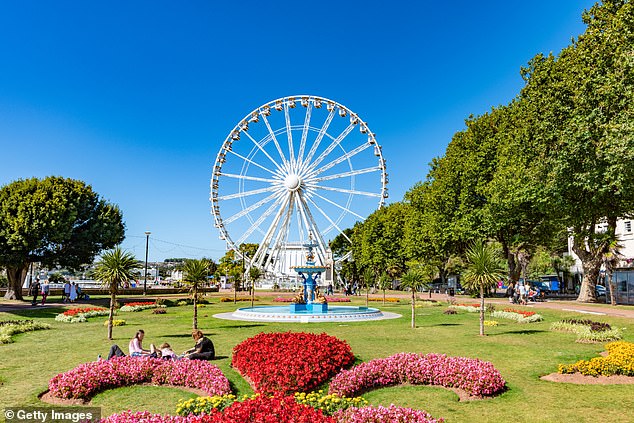 Follow the mile-long Agatha Christie Trail along Torquay’s palm-fringed promenade to Princess Gardens, pictured, where a key moment in The ABC Murders occurs 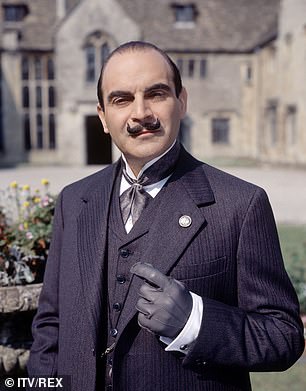 Agatha Christie’s Belgian detective Poirot is one of the main characters in The ABC Murders. He was played by David Suchet (pictured) on TV for 25 years

She also loved to rollerskate along Princess Pier, swim at pretty Elberry Cove, and later enjoyed glamorous concerts at the Pavilion Theatre, where in 1913 her first husband, dashing Army officer Archie Christie, proposed. It was a troubled marriage. Her second, to archaeologist Max Mallowan in 1930, was far happier.

The soldiers were the inspiration for her iconic Belgian detective, Hercule Poirot, who in 1936 would arrive in Torquay to solve the classic Christie whodunnit, The ABC Murders.

Arguably the world’s first serial-killer thriller, it’s a nail-biter of dead bodies, red herrings and Poirot’s little grey cells put to the test as he pursues a killer working his way through the alphabet.

Bodies are found in Andover, then Bexhill. C is for Churston, near Torquay, where Poirot steps from the overnight train to solve the murder of Sir Carmichael Clarke.

The ABC Murders is one of the few novels where Agatha Christie uses real place names, so it’s possible to follow the mystery trail today on the English Riviera.

Stay – as Agatha did on her honeymoon with Archie – at Torquay’s Grand Hotel (grandtorquay.co.uk), or nearby at the enchanting Cary Arms (caryarms.co.uk).

Then follow the mile-long Agatha Christie Trail along Torquay’s palm-fringed promenade to Princess Gardens, where a key moment in The ABC Murders occurs. 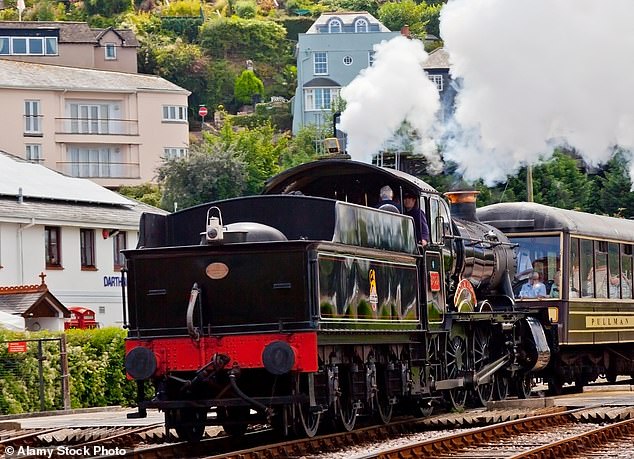 From Torquay, the South West Coast Path leads down to picturesque Elberry Cove, accessible only on foot, where Sir Carmichael’s body is discovered.

Or follow Poirot’s journey along the English Riviera coast aboard the atmospheric Dartmouth Steam Railway (dartmouthrailriver.co.uk).

Stop for lunch on the bank of the River Dart at Agatha’s much-loved holiday retreat, Greenway (nationaltrust.org.uk/greenway), which featured in Five Little Pigs and Dead Man’s Folly.

The place is stuffed with artefacts from her extensive travels, which inspired Death On The Nile. Kenneth Branagh’s new movie version is out this autumn, but that, as they say, is another story…