Google Maps Street View throws up all kinds of intriguing images. The Google car snaps its environs as it travels the streets of the world. Sometimes, some disturbing spectacles are captured.

This seemed to be the case in one photo shot in the USA.

The snap was taken in Duluth in Minnesota.

The Street View camera has photographed a grand historical building.

It boasts large windows – and behind one pane a chilling sight lurks.

In the upper window, two figures can be seen just behind the glass. 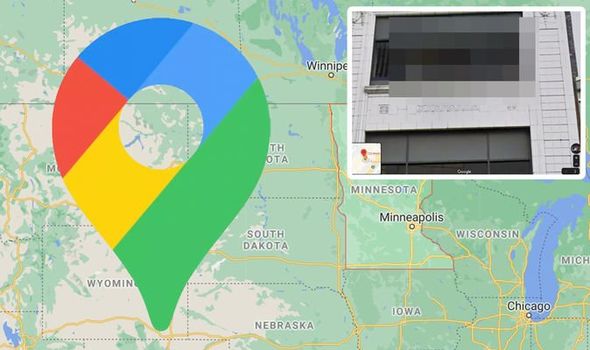 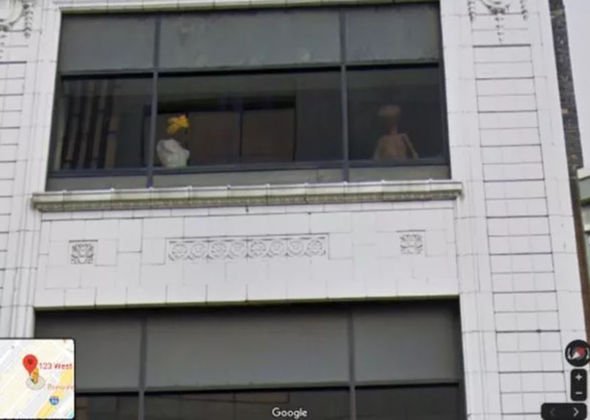 There appears to be something very strange about the pair, however.

The one on the right doesn’t appear to be human at all.

In fact, it looks positively alien.

It has a large head, a long skinny neck and skeletal arms.

Meanwhile, the left figure is harder to make out.

At first glance, it looks to have an exceptionally white body.

On its head is what could be a yellow bandana.

So who are these weird-looking figures?

Are they from the realm of the supernatural or is there a more rational explanation? 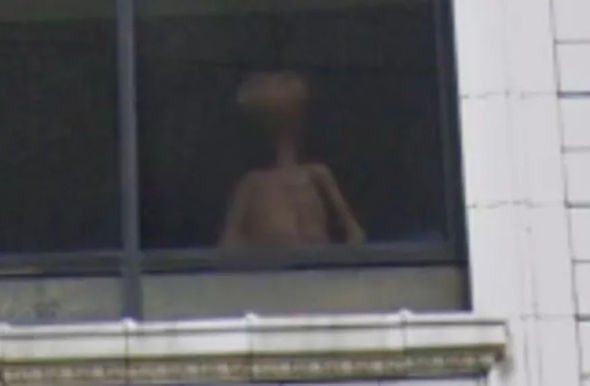 The latter is, of course, most likely.

The two figures are probably models or statues of some kind.

In fact, the one on the right seems to resemble the eponymous character ET from Steven Spielberg’s hit 1982 film.

Indeed, the image was posted on content-sharing platform Reddit with the caption “Found E.T.”

As for the figure on the left, it is more likely a bust.

Perhaps there is some artistic explanation for the unusual coupling?

Unfortunately, it’s hard to make out what is in the room behind the duo.

As with many Google Maps scenes, the viewer is simply left to come up with their own version of events.

What do you think is going on in the photo?

Leave your ideas and thoughts in the comments below.