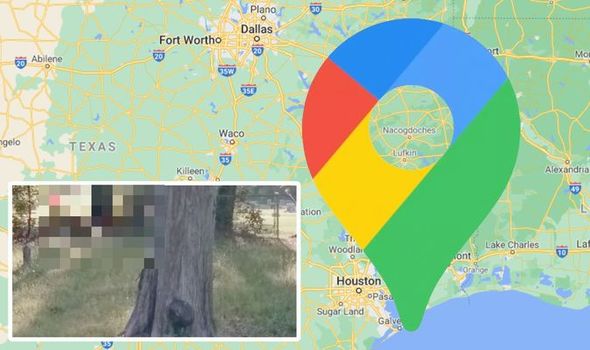 Google Maps Street View has become a fascinating source of intriguing snapshots. The tool may have a functional geographic purpose but it can also divert. One scene snapped in America has alarmed some viewers.

The spectacle is enough to send a shiver down your spine.

The photo was taken in a graveyard in the USA –  Martha Chapel Cemetery in Texas.

At first glance, the scene is rather a picturesque one.

It depicts a wooded area with late afternoon sunlight streaming through the trees. 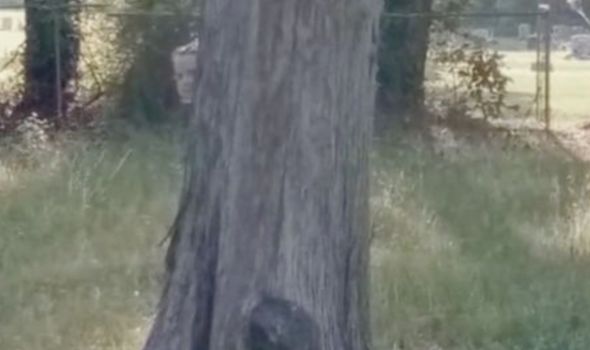 Nothing seems out of the ordinary… until you look closer.

Something chilling can be seen behind the tree in the centre of the photo.

There, peeking out from behind the tree trunk is the face of a girl.

While the rest of the colours in the shot seems perfectly vivid, the girl’s face is ashen.

But the terrifying nature of the image does not stop there.

To the left of the pale-faced girl and behind a row of trees, gravestones can be seen.

Among them, on close inspection, a hooded figure stands entirely dressed in black. 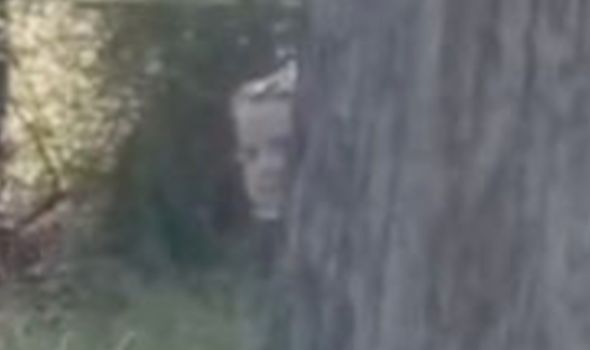 The figure stands behind a gravestone but the bad quality of the image prevents the user from seeing which direction they are facing.

Could it be straight at the little girl?

Her unearthly pallor has led some viewers to wonder whether she could be a ghost.

Others wondered whether some sinister event may have passed at this spot. 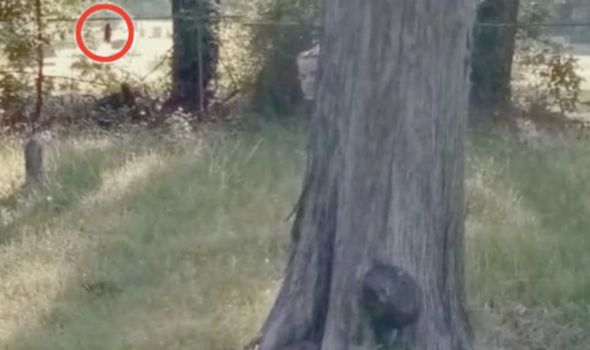 Google Maps users shared their thoughts on the snap online.

One person commented: “The first looks like definitive proof of something.”

Another added: “Perhaps of a murder or simply could have died in an accident. Either way, its poor soul is out roaming this Earth.”

A third viewer said: “Creepy – gives me the chills!”