Revealed: Searches for holidays in Croatia soared by 199% after it was moved to the green list, with bookings up by 50% (and lots of people have Bangkok in their sights for October)

Holiday-starved Britons have rushed to book breaks to Croatia since it was added to the ‘green list’.

Skyscanner recorded an immediate daily surge in bookings of up to 50 per cent for 2021 holidays there following the change in status by the government.

The travel site has also charted a 199 per cent increase in searches week on week for the holiday hotspot in the wake of the announcement. 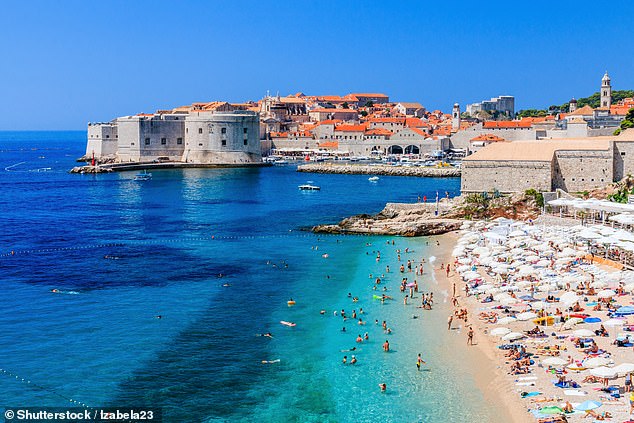 There has been a recent spike in bookings for travel to Croatia. Pictured is Dubrovnik

The top-booked Croatian airports are Split, Dubrovnik and Zagreb.

The average return airfares for these destinations, booked since the announcement, are £165 for Split, £174 for Dubrovnik and £132 for Zagreb.

Croatia was moved to the green list on Wednesday, July 14, meaning Britons don’t have to quarantine following a visit. It was then added to the ‘green watchlist’, indicating a risk of going amber.

The most popular searches have been for Bangkok, followed by Bali and New York.

Las Vegas is the fourth most-searched destination for an October getaway and Tokyo is fifth in the ranking.

Jon Thorne, Skyscanner’s traveller expert, said: ‘In a pre-pandemic “normal year” October and half term, in particular, is a very popular time for a family getaway abroad, and we would usually see British travellers searching on Skyscanner for destinations such as Canary Islands and Dubai for some short-haul winter sun. 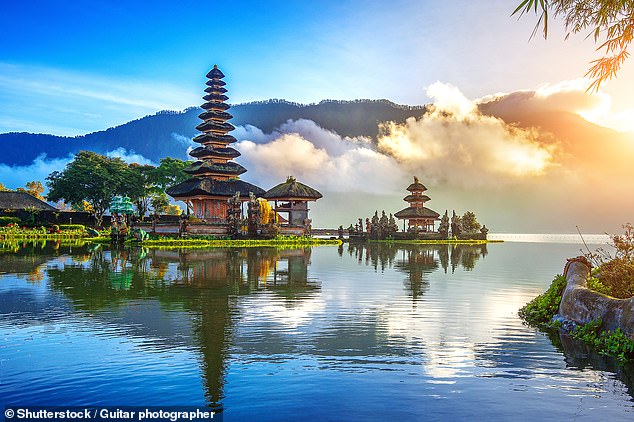 ‘With an ever-changing travel situation, interestingly we’re seeing a highly responsive travel community start to dream of bucket list trips again with attention instead turning to destinations further afield such as Bali and Bangkok.

‘Historically travel bookings – and flights in particular – have often been notoriously inflexible. However, the events of the past year have forced airlines and hotels to take a more flexible approach, coupling amendable bookings with extremely attractive pricing.

‘This seems to be fuelling a new mindset among British travellers and we have seen a noticeable increase in interest around flexible bookings. Bookings which fall under these policies are highlighted on our site, clearly showing travellers how to book travel that can be adjusted easily if needed, without incurring extra costs.’