What a turn-around. On our previous visit five years ago, there was little positive to report about Oakley Court.

It was a corporate monstrosity with ugly added wings, all in need of salvation — and it has come to pass.

Built in 1859, this imposing Gothic mansion sits in 35 acres overlooking the Thames upstream from Windsor (the Queen once dropped in to witness swan upping, the annual census of unmarked mute swans — which all belong to her) and has been the setting for TV shows and films such as The Rocky Horror Picture Show and Tommy Steele’s Half A Sixpence. 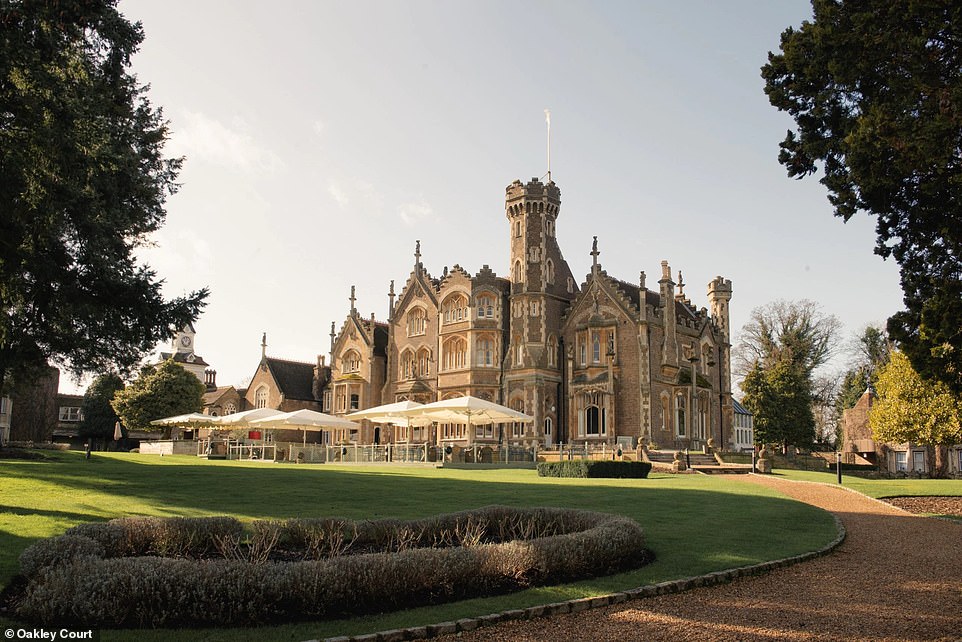 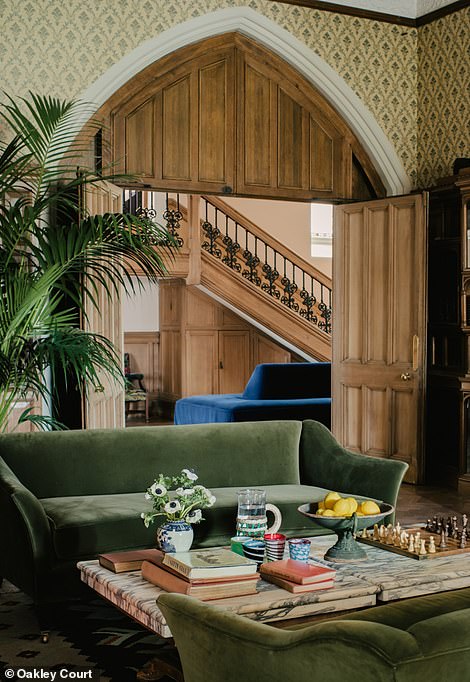 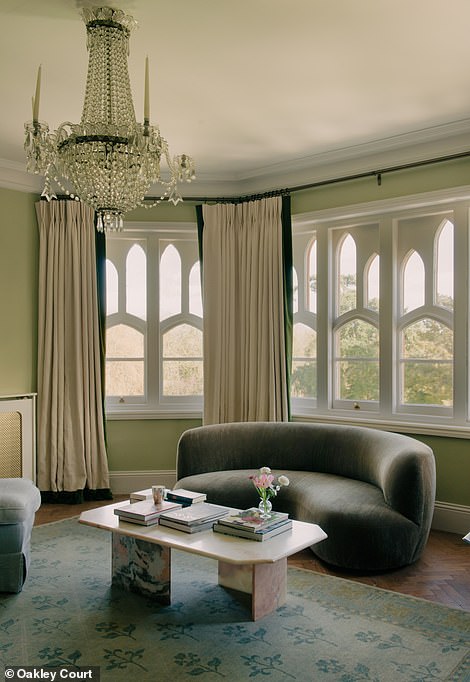 The Inspector admired the sitting rooms (left and right). A fortune was spent on the hotel during lockdown and a ‘rebranding exercise’ is now in progress

During lockdown, a fortune was spent on it and a ‘rebranding exercise’ is now in progress, says one of the young staff, most of whom wear white T-shirts and are unfailingly cheerful.

Hence the link-up with Soho House, which has arrived in the form of a pop-up in the Summer River House across the main lawn, with a trendy tent, restaurant and bar, sun loungers, fire pits and DJ sets.

Almost half of the 100 or so rooms have been refurbished. 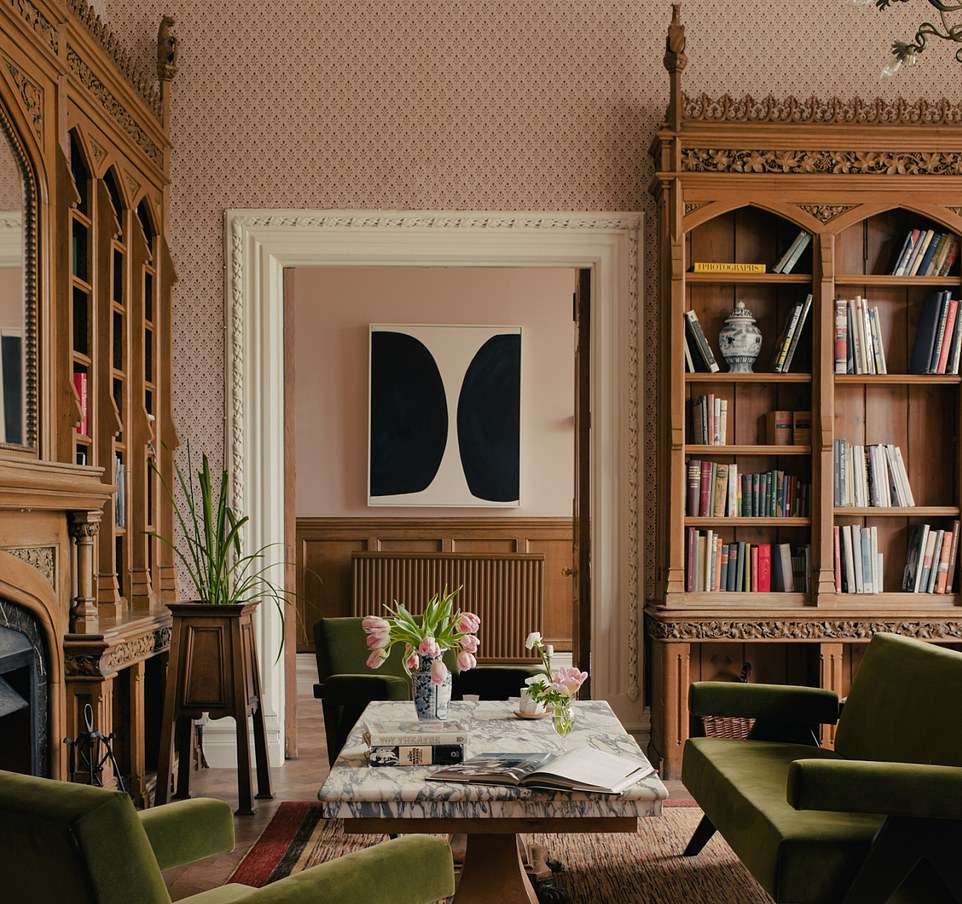 The Inspector writes: ‘It was a corporate monstrosity with ugly added wings, all in need of salvation — and it has come to pass’ 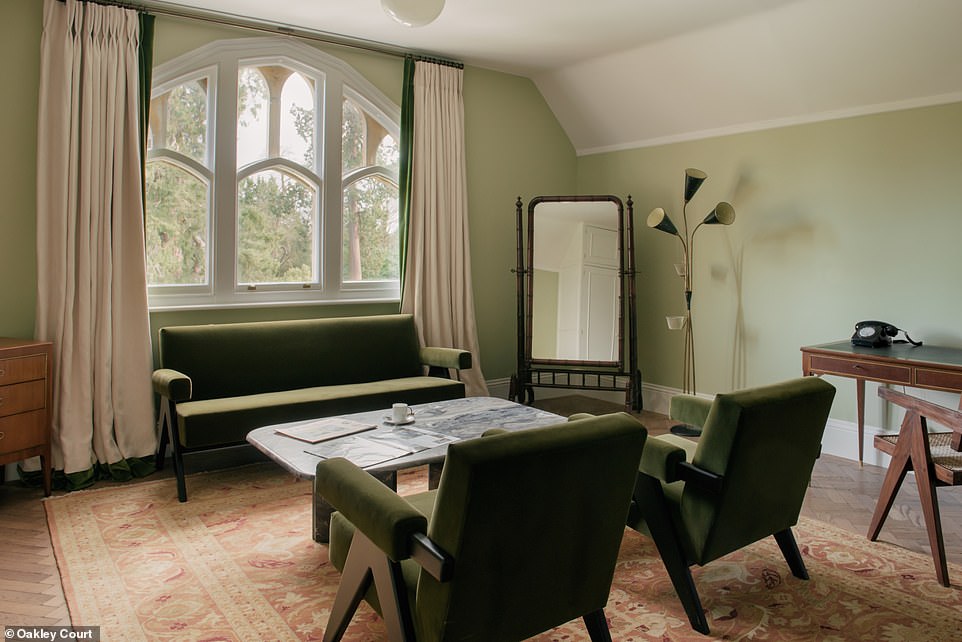 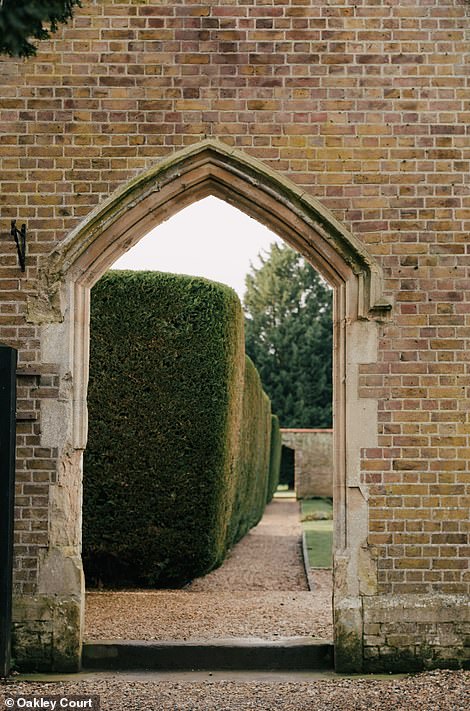 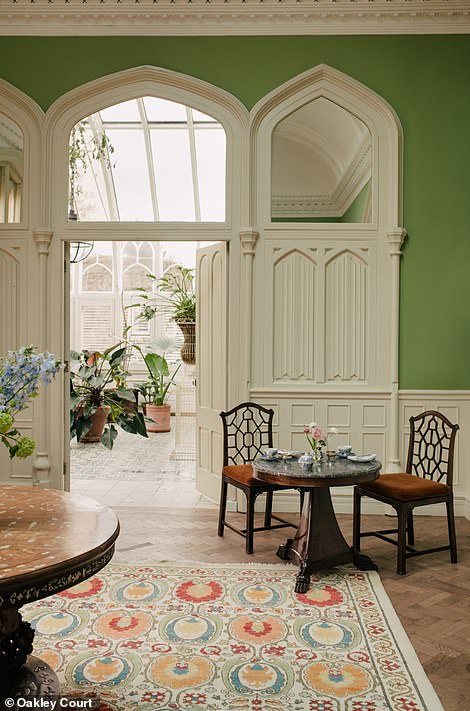 The Inspector found there was ‘little positive to report about Oakley Court’ upon his last visit, but was impressed by its makeover. There is talk that an outside swimming pool will be fitted on the grounds in the coming months

Last time, I overlooked the car park even though the hotel was almost empty; on this occasion I am billeted with a river view, albeit after paying a hefty £325 for the privilege — and that’s without breakfast.

There is a touch of Soho House in the room, too: bare wood floor; drinks tray with cocktail shaker, ice bucket and bottles of ready-mixed Negroni; Roberts radio; complimentary soft drinks in the fridge; a picnic hamper with posh crisps and jelly babies.

In the coming months, a spa will be added and there is talk of an outside swimming pool.

We like the sitting rooms (one with a Japanese theme) and conservatory— especially the tables dressed in crisp white cotton spilling out onto the terrace.

It’s not quite warm enough to eat alfresco, so instead we adjourn to the Parlour restaurant.

Its all-day menu is enticing, with options to share, pizzas and some ‘premium bites’ such as 30 grams’ worth of King’s Platinum caviar for £84.

Oakley Court is a work in progress — but already it shows what some love and lots of money can achieve.