One of the marvellous things about living in Australia is that in most states, throughout winter, one can still enjoy a swim in the ocean – albeit a much shorter dip than in the heat of summer.

While many of us are rugged up with the heater on at home, a two-minute dip will certainly remind you you’re alive.

We asked some notable water-loving Australians from around the country about their favourite local spots to swim, surf and shock themselves awake throughout winter. 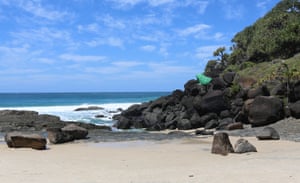 “My favourite winter beach would have to be Froggy,” shares Stephanie Gilmore, the professional surfer who’s – casually – a world champion on the Women’s ASP World Tour seven times over. “It’s at Coolangatta, on the border of New South Wales and Queensland. It’s named Froggy because, well, ever since I was a kid it’s had a rock that someone continues to paint green like a frog. It’s a little cove with boulders and pandanus trees to the south of Snapper Rocks. Because of the most common winter wind direction, it’s often protected, so it’s warm with picture-perfect blue water. The south swells make it a fun bodyboarding wave too. For how crowded the local area is, it’s often a little uncrowded sanctuary. You can feel like you’ve escaped to a magical island.” 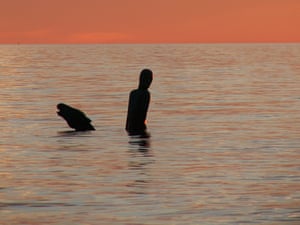 “There is a beach a little bit south from my house in Fremantle called CY O’Connor beach – if you don’t know his story I highly recommend looking it up,” says the Fremantle-based musician Jay Watson, who works with legendary Australian rock acts Pond and Tame Impala, as well as publishing his own critically acclaimed solo music under the moniker Gum. “It’s very underrated as far as Freo and Perth beaches go, in my opinion. There’s lots of white sand, not much seaweed or many rocks and a good clear view of the islands off Perth.”

“When my bones are cold and I feel the solemnity of winter weakening my spirit, I climb down the narrow stairs and open the white picket gate at Kutti beach in Vaucluse,” says Derek Reilly – a journalist, author, co-founder of surf bible Stab magazine and founder of the completely wacky surf site BeachGrit.com. “It is the length of a couple of Olympic swimming pools with maybe 20 metres between the fine mansions on its southern haunch and the water of Port Jackson. It has all the elements of a private beach, the $15m-dollar houses, most with boat sheds, making some afraid to approach. It isn’t. Kutti is ours. This beach’s magic is contained in its orientation. Kutti faces north, which means in the middle of a sunny July day the glare is so bright it hurts to keep your eyes open and while the rest of the city is shivering at Bondi, Kutti can be blazing hot. Relatively speaking, of course.” 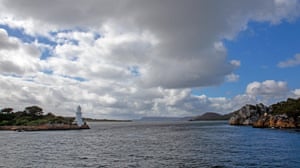 The globe-trotting fashion photographer Simon Eeles has shot for the best culture titles around the world, including 10, Buffalo Zine, Interview and Vogue – frequently on location at a far-flung beach. He hails from Tasmania. “The best winter beach in Tasmania, for me, is Macquarie Heads on the west coast,” he says. “Tasmania is cold in winter, but the west is incredibly wild – the weather, people and environment. This beach is slightly protected and beautiful when the air bites. For me it represents the Tasmania I love this time of year: hard and bizarre.” 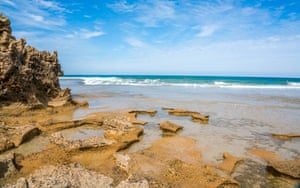 “My favourite spot since taking up standup paddleboard surfing is Point Roadknight, near Anglesea on the Great Ocean Road, about half an hour’s drive from my home in Lorne,” says the legendary surfer Gail Couper, a retired school teacher whose record of winning what was formerly known as the Bells Beach Contest 10 times remains unchallenged. “It doesn’t matter which season; it’s always fun. The added bonus is that it’s a point wave, which I’ve always preferred.” 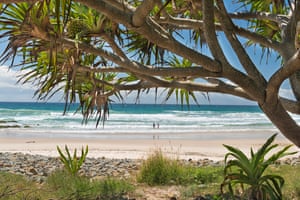 At 21 years of age, pro surfer Soli Bailey has already made history as the fourth surfer to win the Volcom Pipe Pro: a competition that only Kelly Slater, Jamie O’Brien and John John Florence (all legends of the sport) had won before him. “I love surfing my home beaches around Byron,” he tells Guardian Australia. “It’s hard to put it down to one beach but if I had to pick I’d say Broken Head. It’s pretty awesome to be able to surf out the front of home – walk down on a fresh winter morning, catch a few waves, then have a hot shower and brekky.” 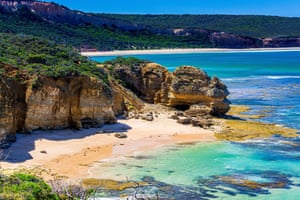 Caroline Clements knows good beaches. With her partner, Dillon Seitchik-Reardon, she documents the best swimming spots around Australia for their website (and now book) Places We Swim. “If you are brave enough to swim at the beach during the Victorian winter, it’s hard to beat Addiscot beach at Point Addis, just east of Anglesea. High red cliffs and outlying reefs protect this stretch of sand from most wind and swells, making it ideal for an ocean swim or a paddle on the longboard any time of the year. When we are feeling full Wim Hof, we go for a nudie dip at the far end, which is clothing-optional.”

Want to know the best beach for winter swimming? We spent a year travelling around Australia looking for the best places to swim and have to admit that the most impressive beach in the country is not Whitehaven or Hyams, it is the base of Jim Jim Falls in Kakadu National Park. Winter is the perfect time visit the Northern Territory and the only season for swimming in Kakadu. Look for a beach downstream of where Jim Jim Creek plunges 200m down Arnhem Land Escarpment to deposit sugar-white sand on the banks below. Clear green water is so fresh and sweet on the lips that it is almost impossible not to drink it by the mouthful as you swim. #placesweswimNT

“We spent a year travelling around Australia looking for the best places to swim and I have to admit that the best beach in the country is not the Whitehaven or Hyams, it is the base of Jim Jim Falls in Kakadu national park,” says Clements, whom we’ve quoted twice here only because she couldn’t help recommending a number of swimming destinations. “Winter is the perfect time to visit the Northern Territory and the only season for swimming in Kakadu. Look for a beach downstream of where Jim Jim Creek plunges 200m down Arnhem Land Escarpment to deposit sugar-white sand on the banks below. Clear green water is so fresh and sweet on the lips that it is almost impossible not to drink it by the mouthful as you swim.” 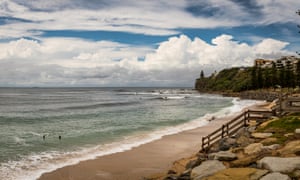 “Growing up on the Sunshine Coast I have so many beaches I love,” explains Simon Thornalley, the founder of Queensland’s Saltwater Eco Tours, which provides sailing experiences in the traditional waters of the local Kabi Kabi or “Saltwater People”. He adds: “However, I am going to go with Moffat beach in Caloundra. It is such a great place to meet up with friends, surf, snorkel, standup paddleboard, or enjoy the sunset or sunrise on the headland. Although it is getting busier each year, it still has a slow beachy vibe that won’t ever be lost. Moffat beach also makes for an amazing surf break through winter. Sheltered from the winter breeze by the headland, there is a consistent long surf break … Plus after a surf there is no shortage of quality cafes to warm up with a delicious coffee!”