Struggling to find a UK holiday? Take to the water and let your troubles float away with a break on a yacht or canal boat

Summer is made for messing about on the water.

And while accommodation on British shores is filling up fast, there are still berths on boats up for grabs – whether you hire your own canal boat or opt for a cabin on board a yacht.

ON TOP OF THE WORLD IN THE STREAM IN THE SKY 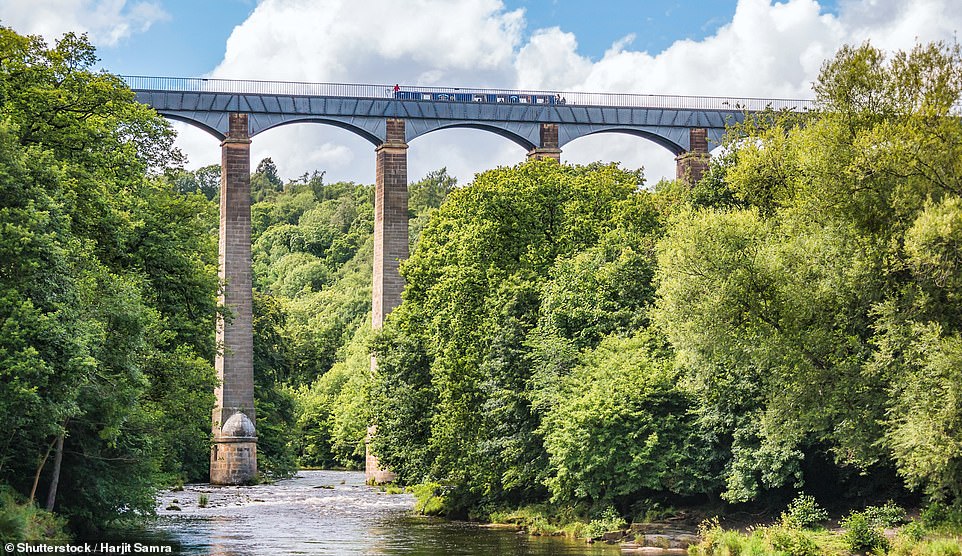 On a canal boating holiday with Drifters you can float across the Pontcysyllte Aqueduct in North Wales, pictured

Float across the Pontcysyllte Aqueduct in North Wales and the 11 miles of the Llangollen Canal that were given Unesco World Heritage status for being a ‘pioneering masterpiece of engineering’ by Thomas Telford. Dubbed the ‘Stream in the Sky’, the aqueduct has 18 metal and masonry arches. A three-night weekend in August for four costs from £1,399, excluding fuel (drifters.co.uk).

For picturesque scenery, try the Mid-Worcestershire Ring, a 21-mile loop that can easily be completed on a short break. There are 33 locks to navigate, and take time to explore Worcester, the final resting place of King John. Three-night breaks in the summer cost from £1,499 for six or £1,599 for eight (abcboathire.com).

CATCH A KETCH AROUND POLDARK COUNTRY 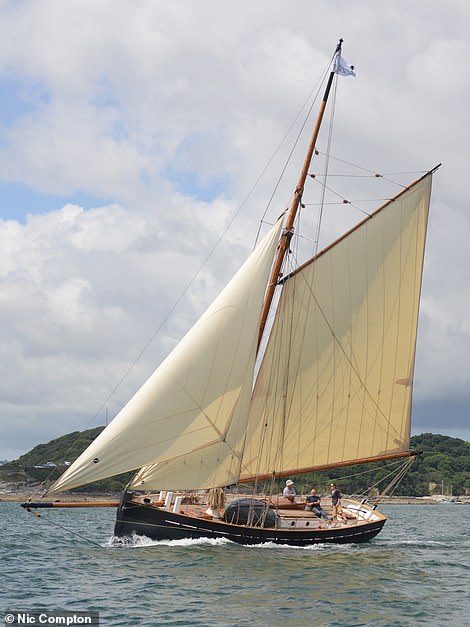 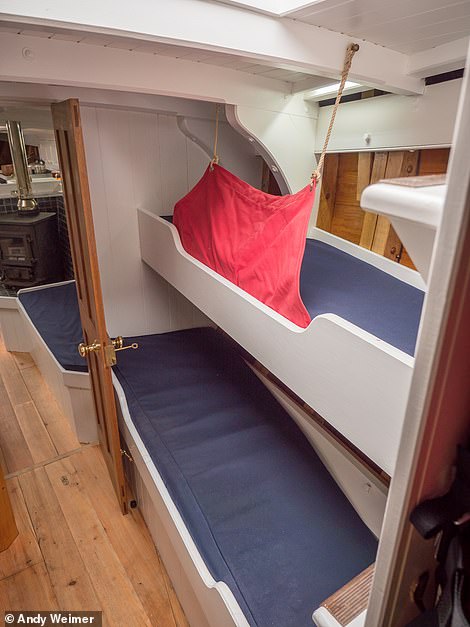 If you prefer to charter a whole boat, Venture Sail Holidays has skippered ships available, including the Westcountry cutter Unity (left, with one of its bedrooms pictured right) 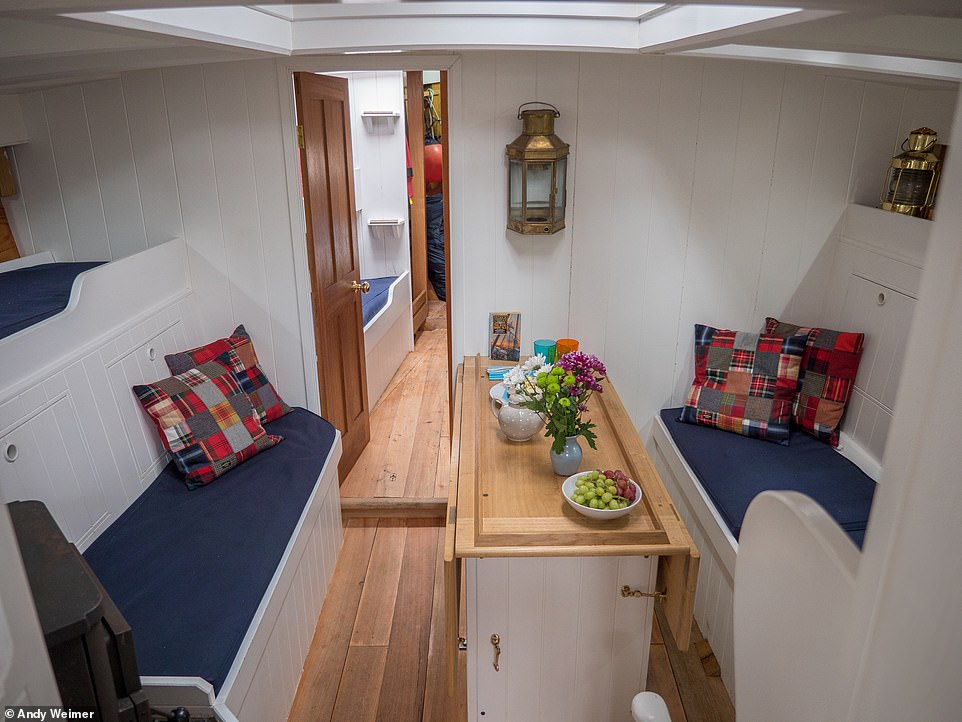 A week for four on Venture Sail’s Unity costs from £4,800, including all meals. Pictured, the boat’s dining room

Think Cornwall will be too crowded this summer? See it from the sea instead, channelling your inner Poldark and starting out from the pretty St Austell Bay harbour of Charlestown on the south coast on a Cornish ketch or schooner. A three-night voyage of the Cornish coast, taking in Fowey, Falmouth and the Helford River, among other places, costs from £375pp, including meals, while a five-night voyage around the Isles of Scilly costs from £725pp (charlestown-harbour.myshopwired.co.uk).

If you prefer to charter the whole boat, Venture Sail Holidays has skippered ships available, including the Westcountry cutter Unity. A week for four costs from £4,800, including all meals (venturesailholidays.com). The company also features trips with single berths.

ROYAL LINKS ON THE COAST WITH THE MOST 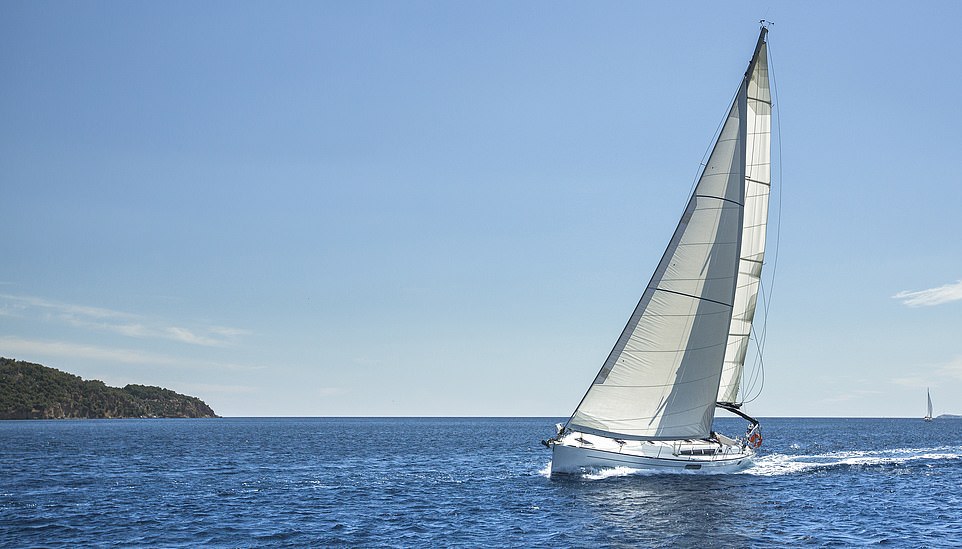 Make a splash: Sail the Solent with yacht charter company Fairview Sailing, which is based in Hamble 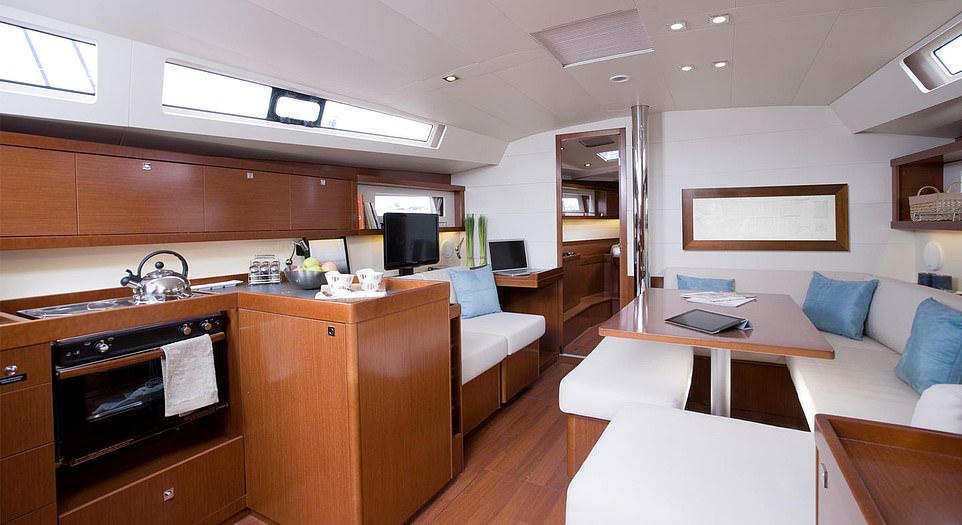 The interior of an Oceanis 45 yacht, available to rent via Fairview Sailing. A skipper can be hired for £250 a day for those who prefer a more relaxed voyage

Sail the waters made famous by the annual Cowes yachting regatta on the Isle of Wight, taking in Queen Victoria’s Osborne House, the circular forts surrounded by water, and the Needles rock formations off the coast. Or sail along the Dorset coast, taking in the natural archway of Durdle Door and dropping anchor in lovely Lulworth Cove. Yacht charter company Fairview Sailing, which is based in Hamble, has availability in the summer, with seven nights from £2,789 for six to eight people in three cabins. A skipper can be hired for £250 a day (fairviewsailing.co.uk).

Click&Boat, the Airbnb of the nautical world, has weekend or week-long availability. A six-berth boat with two cabins, based in Poole Harbour, can be rented for five days in the summer from £1,228, plus £200 a day for a skipper. At the other end of the scale, a skippered 54ft 12-berth vessel, with four en suite cabins, costs from £4,259 for five days in summer (clickandboat.com).

HAVE A WHALE OF A TIME IN SCOTLAND 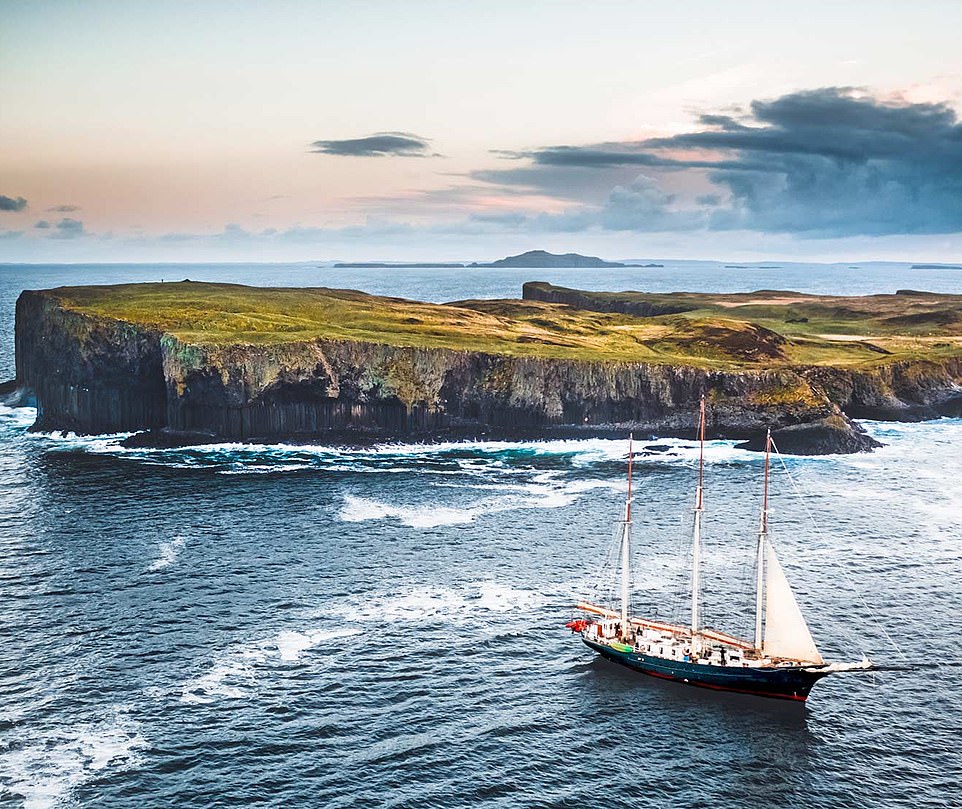 Explore some of Scotland’s more remote gems aboard a Venture Sail Holidays tall ship (pictured), departing from Mallaig on the north-west coast 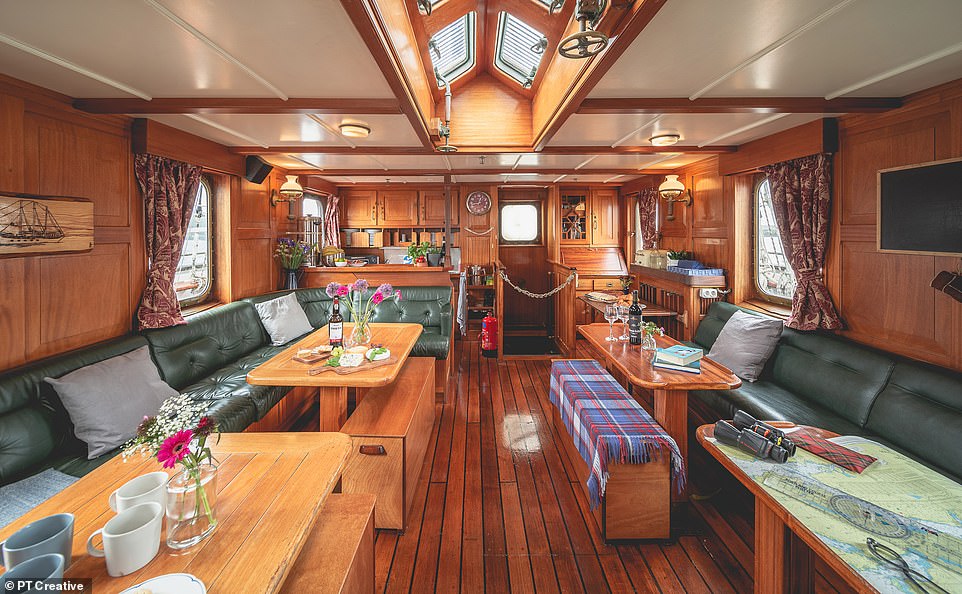 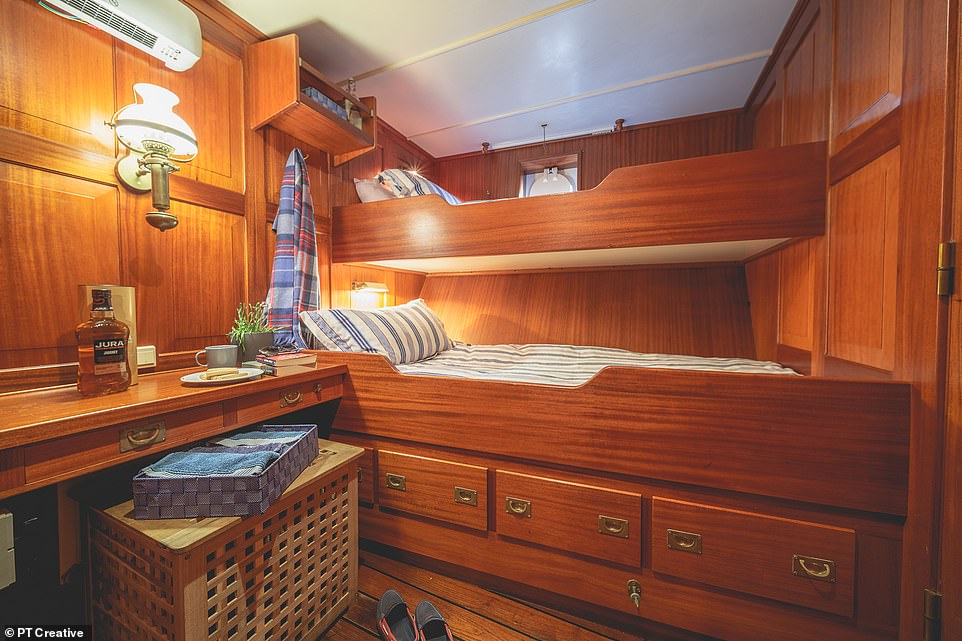 A week in August on Venture Sail Holiday’s tall ship costs from £1,533pp, including meals

Learn to sea kayak in Scotland on a new five-day trip that’s been added in August, in the beautiful surroundings of Loch Torridon and ending with a trip to Kinghorn Island, with its resident seal colony. Five days, starting on August 13, with accommodation in a bunkhouse and including breakfast, lunch and some dinners, costs from £875pp (responsibletravel.com).

Alternatively, take in the same area on a less active break aboard a tall ship, departing from Mallaig on the north-west coast. Explore Kinloch Castle on the island of Rum, the Singing Sands on Eigg, and try to spot basking sharks, minke whales, porpoises and even orca in the waters off Muck. You’ll also see Barra and Kisimul Castle, scenically set in the bay surrounded by sea, and North and South Uist, with their white powder beaches. A week in August costs from £1,533pp, including meals (venturesailholidays.com).

Take a canal boating holiday to another level on a Falkirk to Edinburgh return trip, starting in the world’s only rotating boat lift, which raises vessels 115ft from the Forth and Clyde Canal to the Union Canal. The route includes the 690-yard-long Falkirk Tunnel, which was blasted through the hillside so that the canal didn’t flow through the land of Callendar House, and Scotland’s largest aqueduct at Avon. A week for five people on a two-bedroom boat, with space for a dog, costs from £1,899 in July – diesel is extra and costs about £10 a day (black-prince.com).

CRUISE TO THE CITY OF DREAMING SPIRES 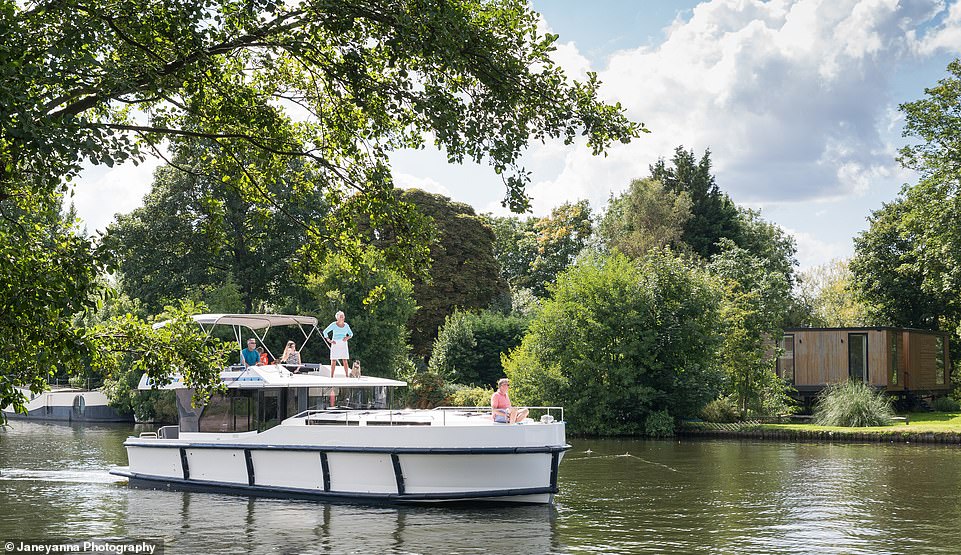 With Le Boat, you can captain your own motor cruiser along the western section of the River Thames 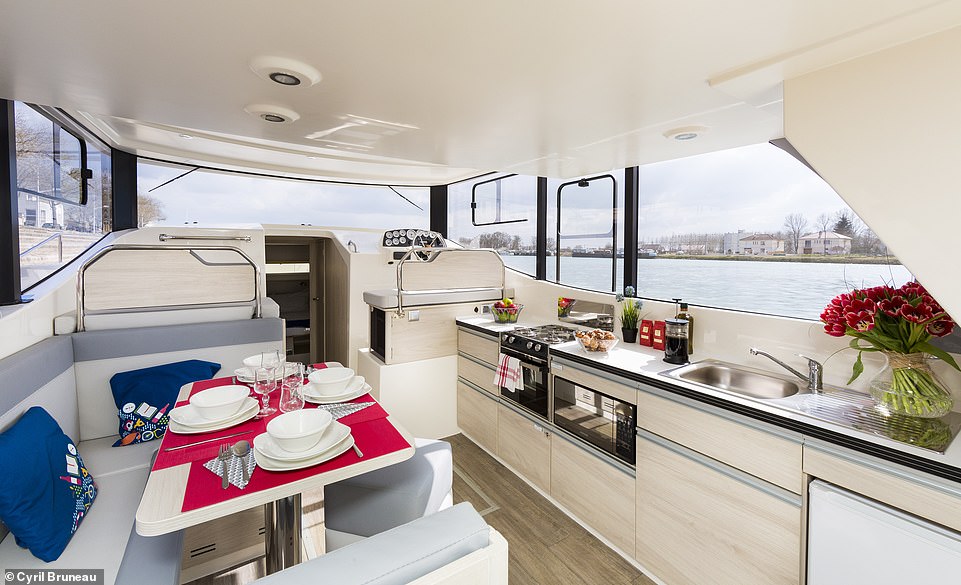 The homely interior of a Le Boat motor cruiser. Seven nights costs from £1,459 in a boat for three, or up to £3,109 in a boat sleeping eight

Captain your own motor cruiser along the western section of the River Thames, where moorings are easy to find. Starting and ending at Benson in Oxfordshire, it’s a six-hour putter to the dreaming spires of Oxford. Head in the other direction for the same distance and you’ll reach Henley-on Thames, home of British rowing. Seven nights costs from £1,459 in a boat for three, or up to £3,109 in a boat sleeping eight (leboat.com).

Landlubbers who prefer to return after a day on the river to a comfortable hotel room should take a look at The Runnymede on Thames, which is just ten minutes from Windsor.

You can head out on one of the hotel’s fleet of boats and take a picnic for fun on the water before returning to soak in the outdoor hot tub, where you can carry on watching life on the river float past.

B&B doubles this summer cost from £190 a night, with boat hire from £45 an hour for electric boats, or £100 an hour for diesel-powered craft that take up to 12 guests (runnymedehotel.com).