Tropical Storm Hermine forms in in Atlantic near Canary Islands

Tourists in the Canary Islands have faced a chaotic Sunday after over 100 flights were cancelled due to stormy weather. Storm Hermine has brought heavy rains to the islands with bad weather expected to last until Monday.

At least 62 flights were cancelled from Tenerife North Airport while 23 were cut from La Palma.

Around 20 flights were cancelled at El Hierro Airport, eight at Lanzarote and four from La Gomera.

Rainfall flooded streets across the islands and some roads were blocked by fallen trees. 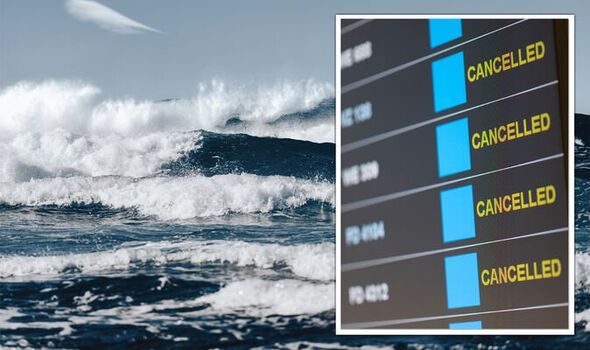 The red warning is in place until at least midnight on Sunday while the Government has closed schools on Monday.

Storm Hermine is expected to move closest to the islands between 11pm on Sunday and 11am on Monday.

El Hierro is offering accommodation to tourists who are unable to leave the island after a cancelled flight.

One tourist tweeted: “When you’re on Gran Canaria and there’s the worst weather since the past 10 years and your flight is now supposed to go over 15 hours later and it’s not even for sure.”

Twitter user ‘Marky’ tweeted: “Coming to the Canary Islands on the weekend of the first tropical storm in decades was a great decision.”

Another tourist ‘@giraffeonastick’ said: “The weather in the Canary Islands is akin to Glasgow.

“The rain is pouring, it’s flooding as storm Hermine is hitting Gran Canaria the hardest.

“I don’t think I’ve ever been more ready to go home. Unfortunately we have a late flight and have to sit around the hotel all afternoon.” 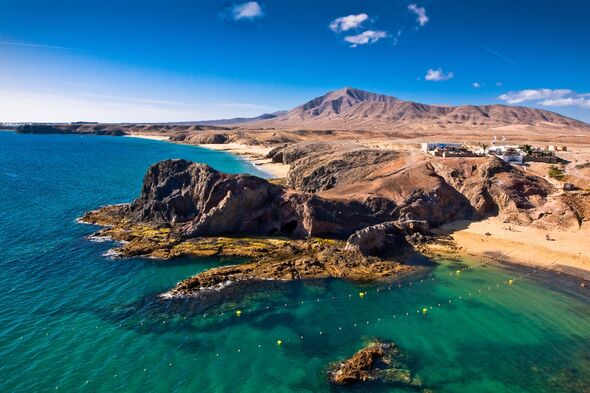 The emergency services have attended over a hundred incidents in the Canary Islands caused by heavy rainfall.

The President of the Canary Islands advised people to show “prudence” during the storm which has brought intense rains.

He asked people to stay indoors and avoid travelling around the islands. All outdoor activities have also been suspended.

He said: “The storm is behaving as we expected. It’s heading northwest, with the core bypassing the islands, so it is likely that on Monday we can deactivate the maximum alert.”

Waves could be up to four metres high on Monday, according to weather expert David Suarez.

Tourists are advised to exercise caution and remain inside during the worst of the stormy weather.

They have been asked to check the status of their flight if they are due to leave the Canaries on Sunday.

Tourists should contact their airline for more information if their flight has been cancelled due to the storm.