In the first flush of the pandemic, millions of British travellers tried to be reasonable. With holiday hopes dashed and airlines and travel companies facing ruin, they agreed to accept vouchers instead of refunds.

But now a great many say their benevolence has backfired as they are confronted with a nightmare maze of unexpected charges and hurdles when they try to use them to book new breaks.

Some of those who are trying to rebook breaks are being charged unexpected extras or being hit with complex rules that make it difficult to redeem those vouchers. Restrictions on what they can be used for hinder like-for-like replacement of the original holiday. Many are particularly aggrieved because they were denied any choice by their provider, even though consumer regulations entitle them to claim a full refund.

Martyn James from the consumer complaints website Resolver, said: “It’s outrageous that people who chose to help airlines by taking vouchers are now being told they can’t redeem them for cash if they can’t or aren’t able to use them.”

He said: “There’s a real sense of anger about the behavior of certain airlines, given the problems with customer service and ignoring of refund rules that took place when lockdown began. If the industry wants to tempt us back on the planes, it needs to play fair.”

British Airways was among a number of airlines to remove the refund option from its website in March, persuading passengers they needed to apply for vouchers instead.

Initially, these could not be redeemed online and passengers were directed to a phone line which frequently cut out owing to demand. The airline later began to issue online vouchers and now allows customers to convert up to three vouchers into one mega voucher. This can be redeemed via the website, but only after applicants have phoned the busy helpline to acquire it.

However, none of its vouchers are valid for extras such as reserved seating or checked-in baggage. They can’t be transferred to other passengers and can’t be used to pay the balance of previously booked trips. 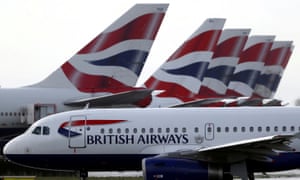 One BA customer writing on the MoneySavingExpert website told how she had spent almost two hours on the company’s site and phone line trying to rebook a cancelled break.

She said she had almost £100 left after redeeming her voucher, but had to pay £40 separately to reserve seats on her new flight, while the outstanding balance was put on a new voucher.

Another BA customer, Christine Grieve, said the website had refused to accept her voucher code when she attempted to book replacement flights. She was directed to call a number which was never answered and eventually footed the bill herself.

BA sent her a new voucher that can be used online after the Guardian got in touch, but said it could not be applied retrospectively and would have to be used for a future booking. 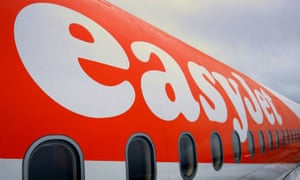 EasyJet also removed the refund option from its website and insists consumers redeem vouchers through the same channel used to request them. This means vouchers requested over the phone can only be redeemed by phone and only one voucher can be used for each booking.

One customer, Peter Bunbury, was assured that the process was “hassle-free” when he accepted a voucher in lieu of a refund. “Now I find that I have to phone customer services to arrange the flights and have wasted an hour trying in vain to get through,” he said.

Another, Georgia Beattie, struggled to use her voucher on the easyJet website and saw the price of the flight double to £120.

She spent four hours trying to get through to customer services and eventually paid the fare herself. She has since been unable to get her voucher refunded.

On its website BA has a long section on the ins and outs of redeeming the vouchers, including details of what they can and cannot be used for.

It explains that some of the vouchers need to be used by phone, and warns customers: “Call volumes are extremely high at the moment due to the unprecedented circumstances so please bear with us if it takes some time for us to help with your booking.”

Customers who booked through travel agents have also faced problems. Clare Morris tried to use a voucher worth £448 to buy tickets through the online agent Mytrip.com after flights with the Polish carrier Lot were cancelled. 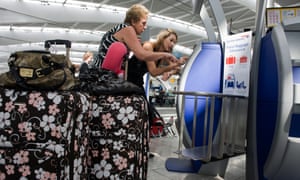 She found flights costing £311 and tried to rebook, but she was told she was not able to buy them with her voucher. After calling the agency she was quoted £636 for tickets.

“I’d been informed that a voucher was my only option,” she said. “The flights I want to book cost £137 less than the original fare and whenever I question the supplement the call centre agents hang up on me.”

Mytrip told the Guardian that, under the airline’s rules, vouchers could only be used in the same booking class as they were originally bought for or in a higher booking class.

“As such, when the customer found lower priced tickets, in a lower booking class, for the same trip, we were unable to honour these,” it said.

It said its agent had made a mistake in refusing a refund. Morris disputed that the flights were in a lower class, but has now been repaid the original fare.

Another holidaymaker, Stephen Colgan was told by his travel agent, Voliamo, that he would have to accept a voucher when his flights to the US were cancelled in April.

His Voliamo account was credited with £1,811 which he recently tried to use to make a new booking.

However, when he tried to buy tickets he was told he would have to pay an additional £466, even though the new fares were cheaper than the original fare. Voliamo did not respond to a request for a comment.

According to the Association of British Travel Agents (Abta) customers are entitled to exchange a voucher for a refund if it does not cover the cost of a new reservation.

“If customers have booked through a third-party agent, the agent may choose to charge a fee on top of the original fare, but this should be made clear at the time of booking,” said the Abta spokesman Sean Tipton said.

“Agents should not make additional charges on top of the new airfare when customers use a voucher to book a replacement flight with their original airline. Customers always have the right to go direct to the airline for a refund, even if booked through a third party.”