The Queen is no stranger to world travel, having flown an estimated 42 times around the entire world during her reign. However, it was her first-ever overseas voyages in 1947 that perhaps revealed some of her most unexpected behaviour.

Channel 4 documentary, The Royal House of Windsor, reveals archived footage of her first overseas journey to South Africa with her father King George VI, the Queen Mother and her sister, Princess Margaret.

As part of a PR move, the Windsors decided to allow the media to cover the voyage in great detail, welcoming onboard BBC Radio as well as a newsreel cameraman.

Thanks to this, footage emerged of the Queen and her sister in a way Britain has never seen them before, exploring their freedom as young women.

“This was the first trip abroad that the princesses had ever made. 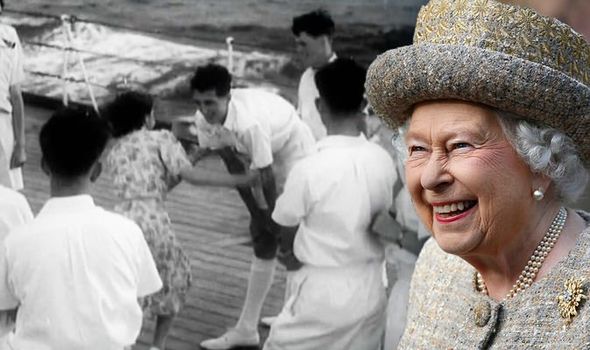 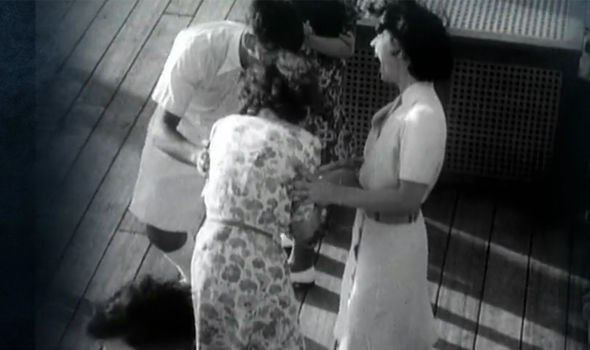 “They’d been terribly cosseted, carefully brought up, and now they were getting a taste of freedom,” explains Historian Dr Piers Brendon.

One of the most unexpected, sweet moments shows the 20-year-old Queen playing and almost flirting with some of the young sailors on board.

The documentary states that the two princesses were the only young women on board the ship of around 1,700 young men for around three weeks.

The black and white footage shows the Queen, dressed in a summer dress and sandals, playing what appears to be a game of tag where she dodges some of the shipmen and runs between them.

A BBC spokesperson describes the scene, saying: “The princesses, for example, are here seen enjoying deck games in company with a number of the ship men. And when I say enjoying a mean just that. Well, you can see for yourselves.”

In an interview for the documentary Historian Sarah Gristwood comments: “You see the princesses playing around with the young officers in a way we almost never actually see. Elizabeth, she’s almost playing like a child.”

Indeed, the Queen herself seemed to be enjoying being in the presence of the men. 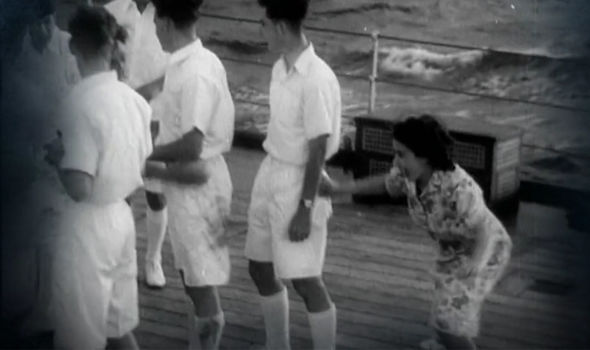 In a letter written to her nanny on February 15, 1947, she wrote: “There are one or two real smashers and I bet you’d have a wonderful time if you were here.”

Along with fun and games, though, the journey would be a huge point of learning for the Queen.

The tour would launch the young Elizabeth onto the world stage as the next in line for the throne.

During the journey, the king took full advantage of this time to instruct his daughter. 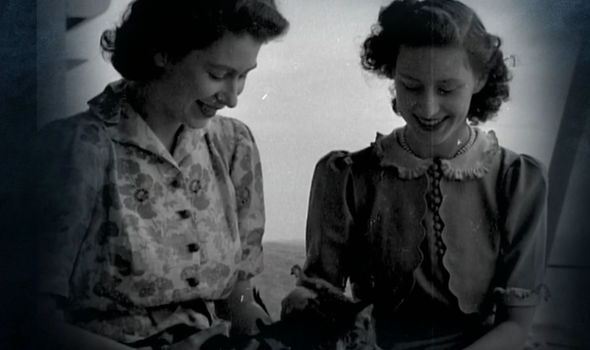 Sir Malcolm Ross, Former member of the royal household: “She learnt so much from her father.

“On that long voyage to South Africa, there was an awful lot of sitting beside her father being instructed in the art of kingship or queenship.”

Since then, throughout her 67 years serving the Monarch has been on an impressive 42 expeditions that saw her circle the globe.

The figure was calculated by royal historian Kate Williams who says it was the introduction of air travel that “revolutionised Queen Elizabeth’s role.”