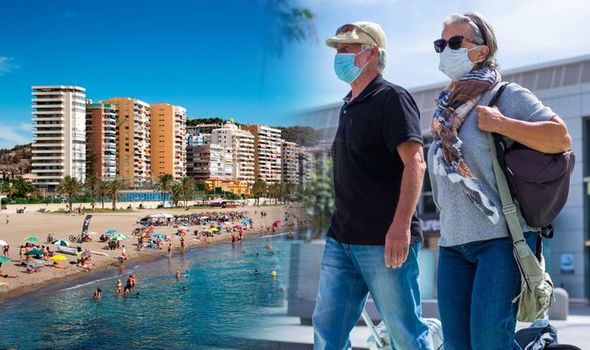 Spanish Prime Minister Pedro Sánchez made the announcement this afternoon. He said the tourist sector needs to prepare for the upcoming season.

He said: “The hardest part is over. We are seeing light at the end of the tunnel.

“Now the epicenter has moved to other parts of the planet, as is happening, for example, on the American continent.

“The response of the Spanish people has been formidable. Everyone has fulfilled their mission and they came together to deal with the epidemic.”

When it comes to foreign travel, he said: “We must begin to restart economic activity.

“Some of these sectors are hostelry and tourism, which have a fundamental role in the creation of employment.

“The moment has arrived. I’m announcing to you that there will be a tourist season this year and I invite all tourist establishments to start to prepare from today to restart their activity in a few days from now.”

He said tourism in July would be in “in safe conditions.”