The Inspector is impressed by his stay in a theatre-inspired room at a ‘flamboyant’ London town house hotel (but at around £600 a night, he says that it’s ‘special occasion territory’)

Never mind the cost of living crisis — hotel prices in London are crazy, especially at the plusher end of the market.

There are two such gilded offerings on Sloane Street: The Cadogan, part of the Belmond group, and, closer to Sloane Square, Beaverbrook Town House, the little sister of The Beaverbrook in Surrey.

The latter was once the home of Lord Beaverbrook, the media baron who entertained everyone from Elizabeth Taylor and Laurence Olivier to Ian Fleming and Winston Churchill. 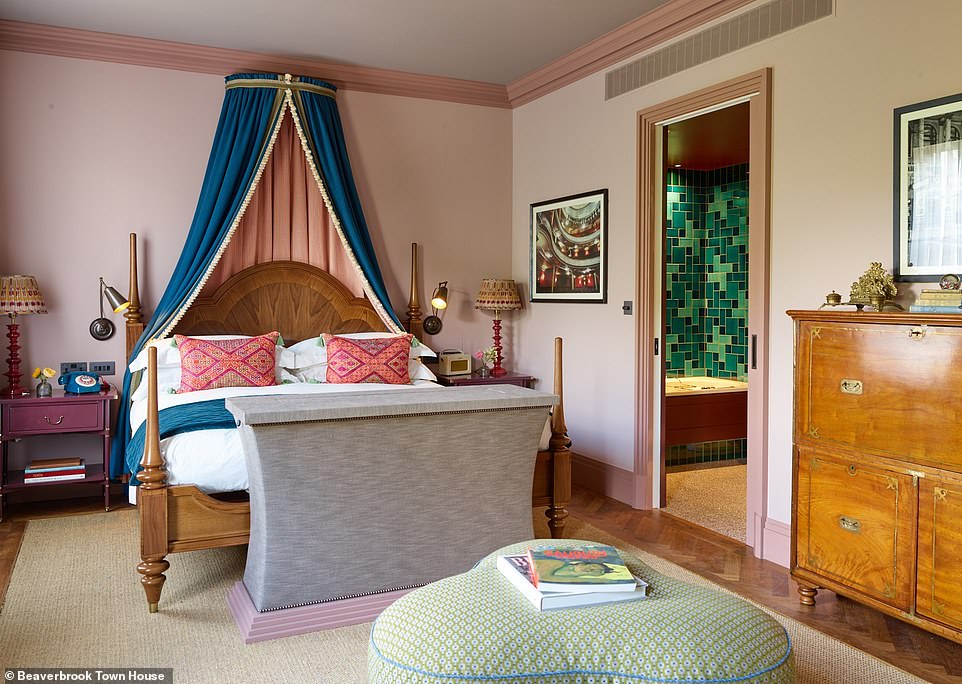 The Inspector checks into Beaverbrook Town House on London’s Sloane Street, the little sister of The Beaverbrook hotel in Surrey 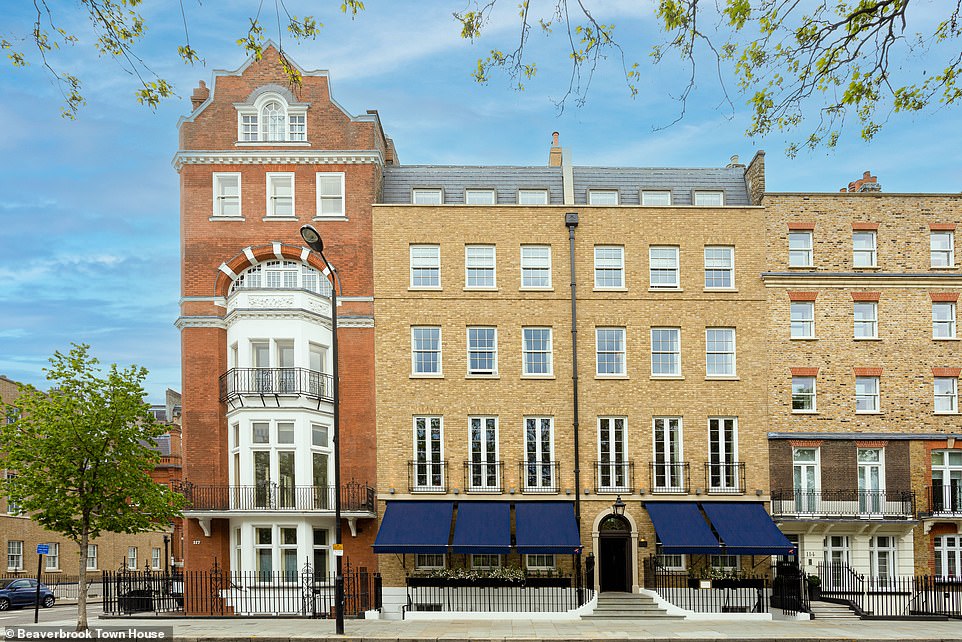 The property (centre) was once the home of media baron Lord Beaverbrook, who was known to have entertained Elizabeth Taylor and Winston Churchill, among other stars

The former is more formal, and more expensive; the latter playful, with a slinky bar and flamboyant interiors. Modern British, I would call it.

But let’s be clear: you’re unlikely to get a room at the Beaverbrook Town House for much less than £600 and, if you eat in the Japanese restaurant, add a further £150 to £200. It’s special occasion territory.

All 14 suites are named after a London theatre. We’re shown to one on the first floor, which is determinedly cheerful and luxurious but it looks out at a brick wall — albeit one with a carving on it to lessen the harshness. 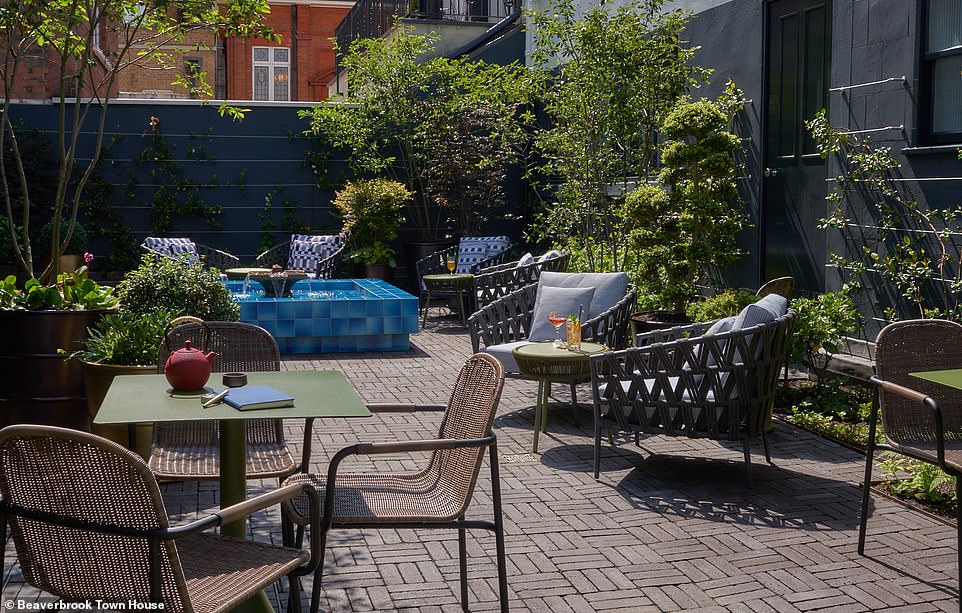 You’re unlikely to get a room at the Beaverbrook Town House for much less than £600, the Inspector reveals, adding: ‘It’s special occasion territory.’ Above is the hotel’s courtyard 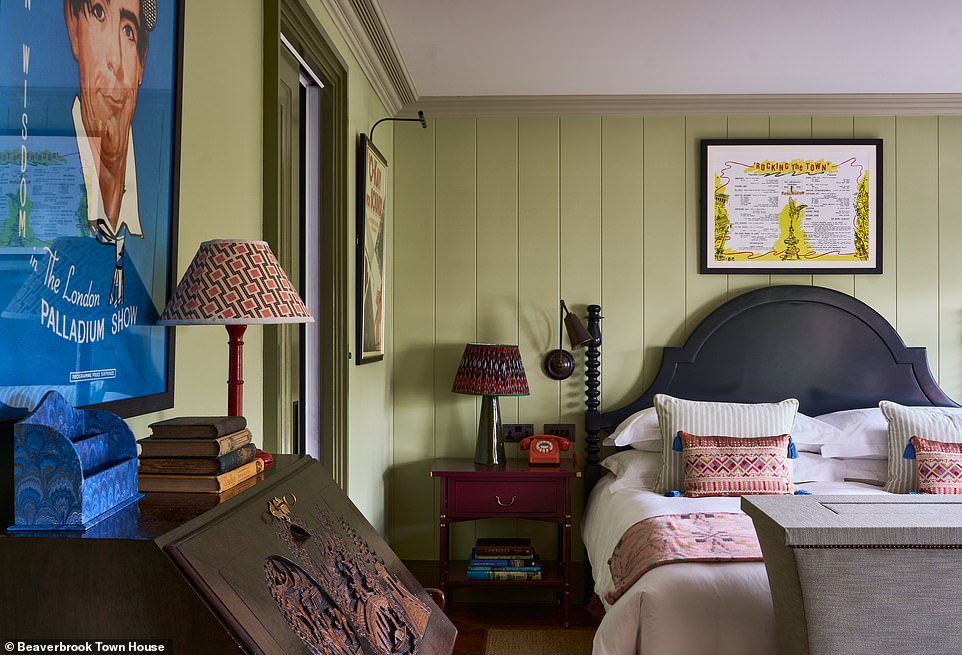 The Inspector’s Palladium room, pictured, features a ‘mini cocktail trolley, a velvet sofa and various garish posters advertising past shows at the Palladium’

‘I don’t want to be difficult but it would be great to see some sky,’ I tell the receptionist.

So she shows us to a room on the third floor called the Palladium, which is a hundred times nicer.

It has three sash windows overlooking Cadogan Gardens, a mini cocktail trolley, a velvet sofa and various garish posters advertising past shows at the Palladium.

A sliding door leads to a gorgeous, green-tiled bathroom with a proper big tub and a separate, huge shower.

We love it. I couldn’t live with such bursts of colour long-term, but for a night in this part of town it’s a joy. 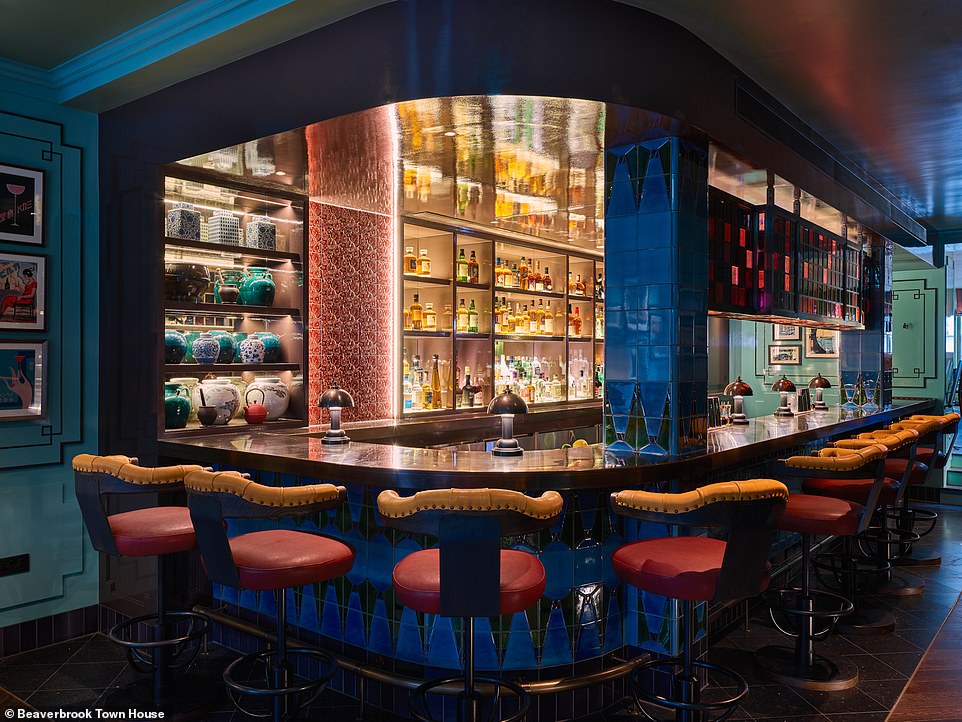 The Inspector describes the hotel’s Sir Frank’s Bar, pictured above, as ‘slinky’ 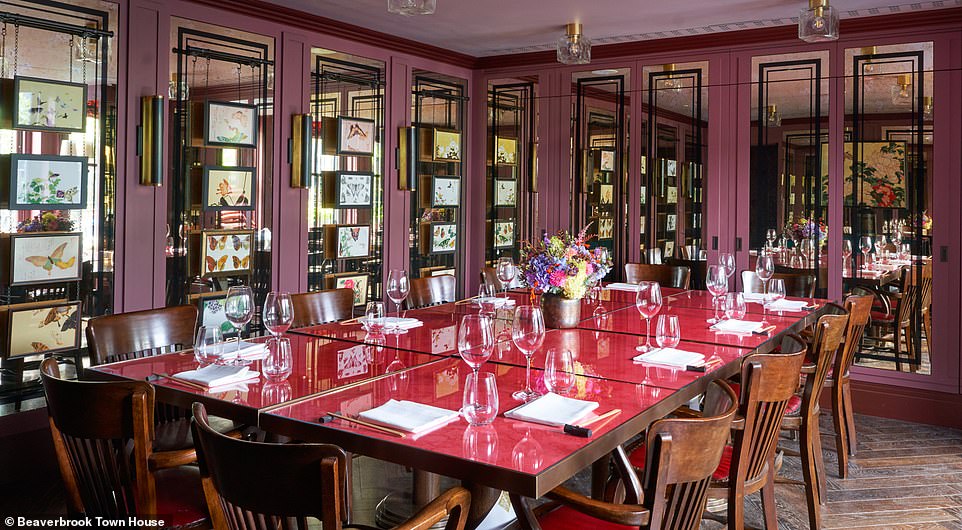 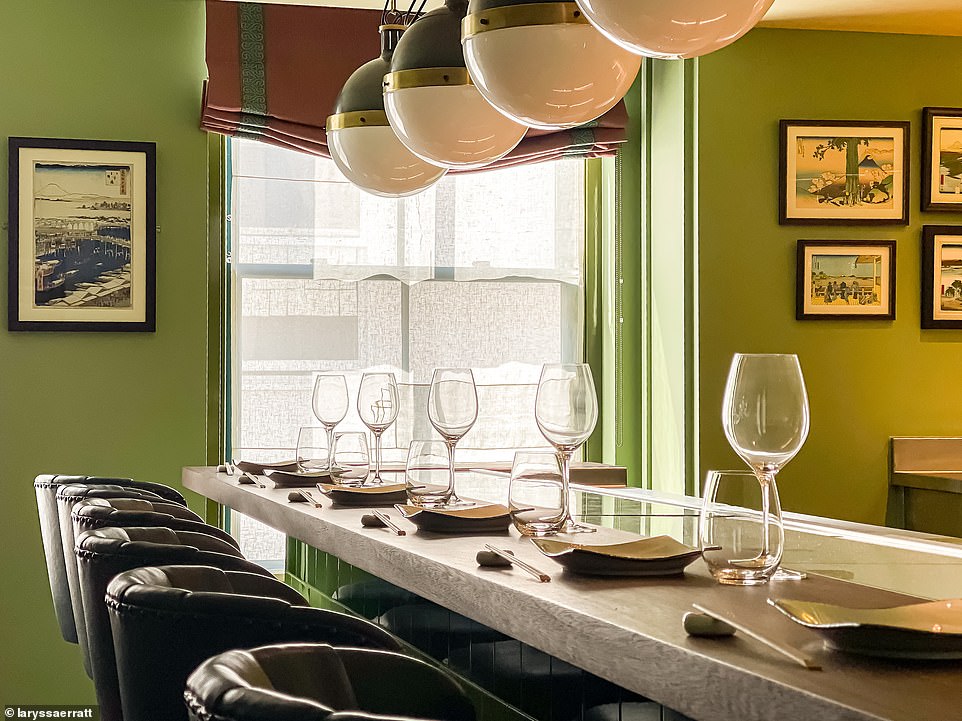 You eat in the Fuji Grill or don’t eat at all — although a member of staff says a bar menu selling posh burgers and such like will be introduced some time in the future. Sooner rather than later in my view.

We spend a small fortune on our Japanese dinner but still go to bed feeling under-fed.

We expect more of the same at breakfast, but in fact the full English is properly full and beautifully presented.