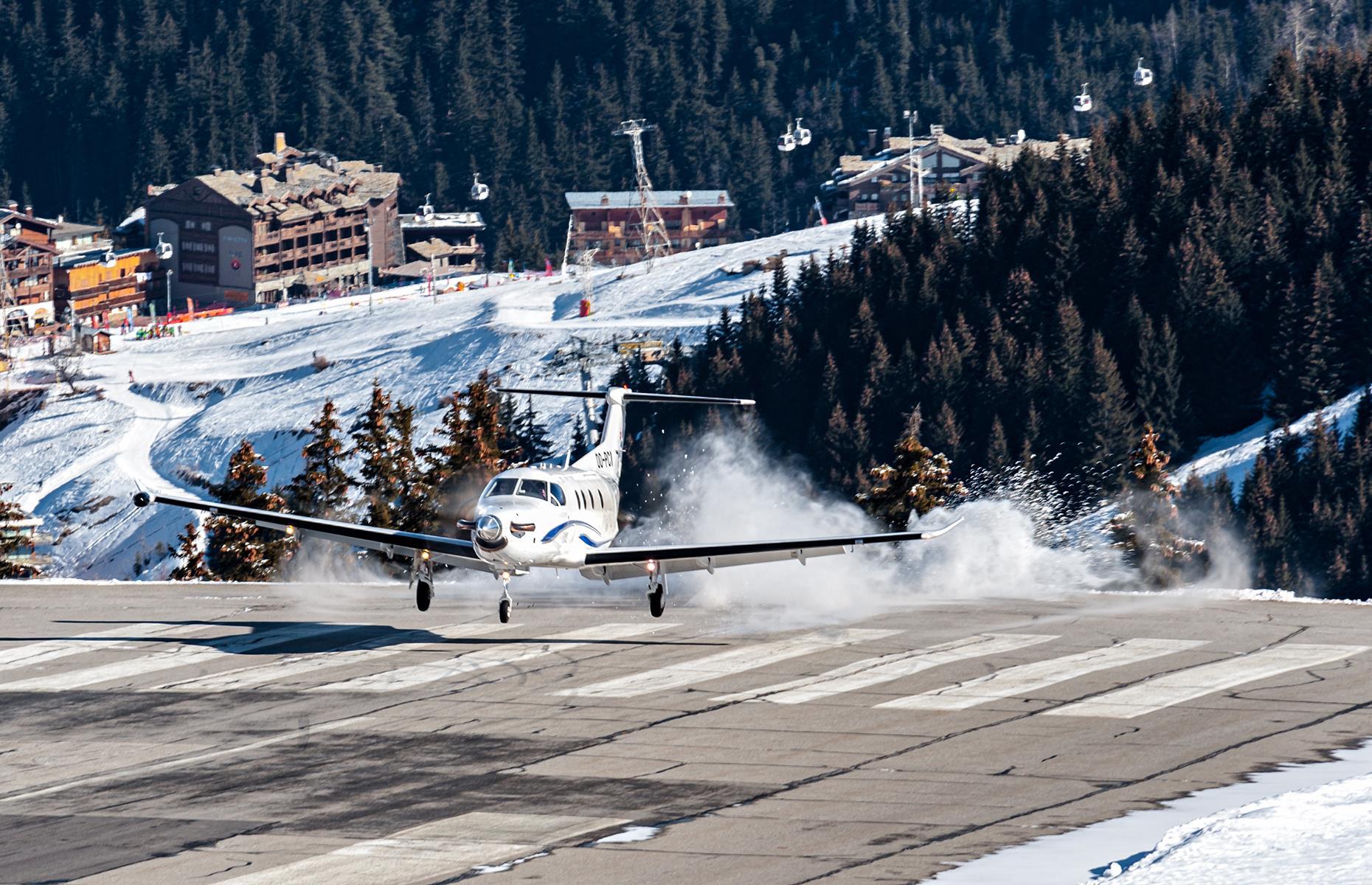 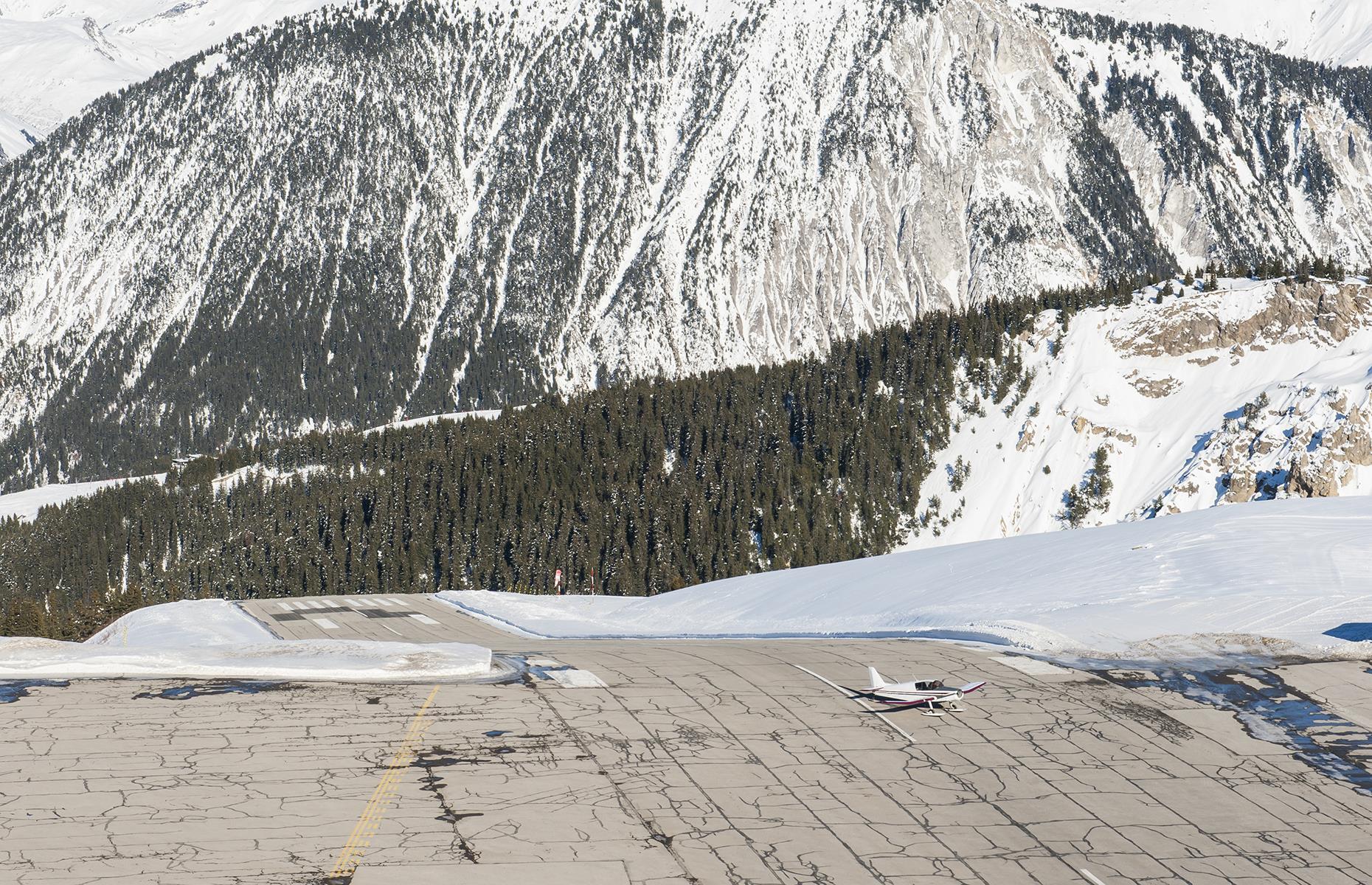 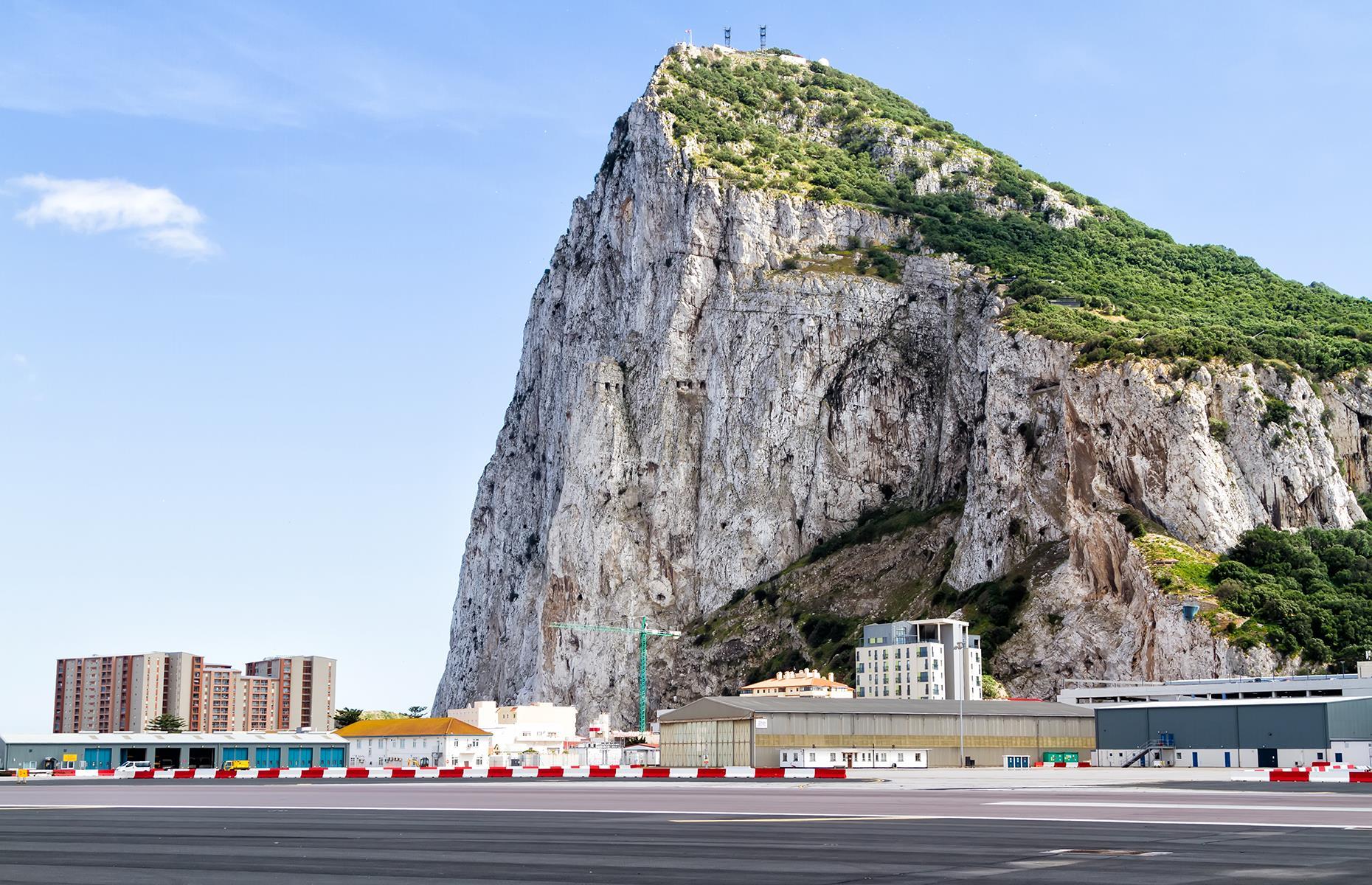 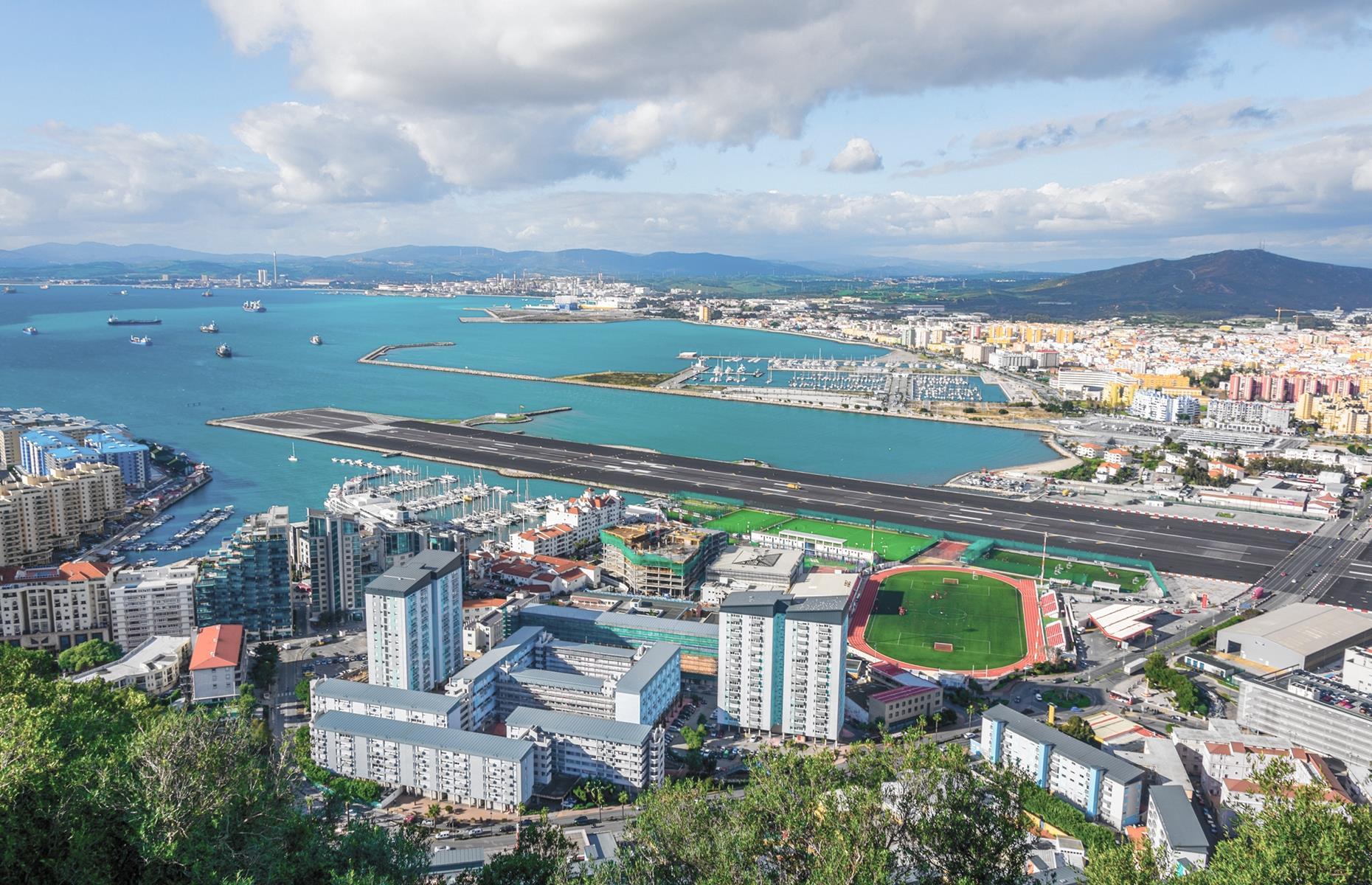 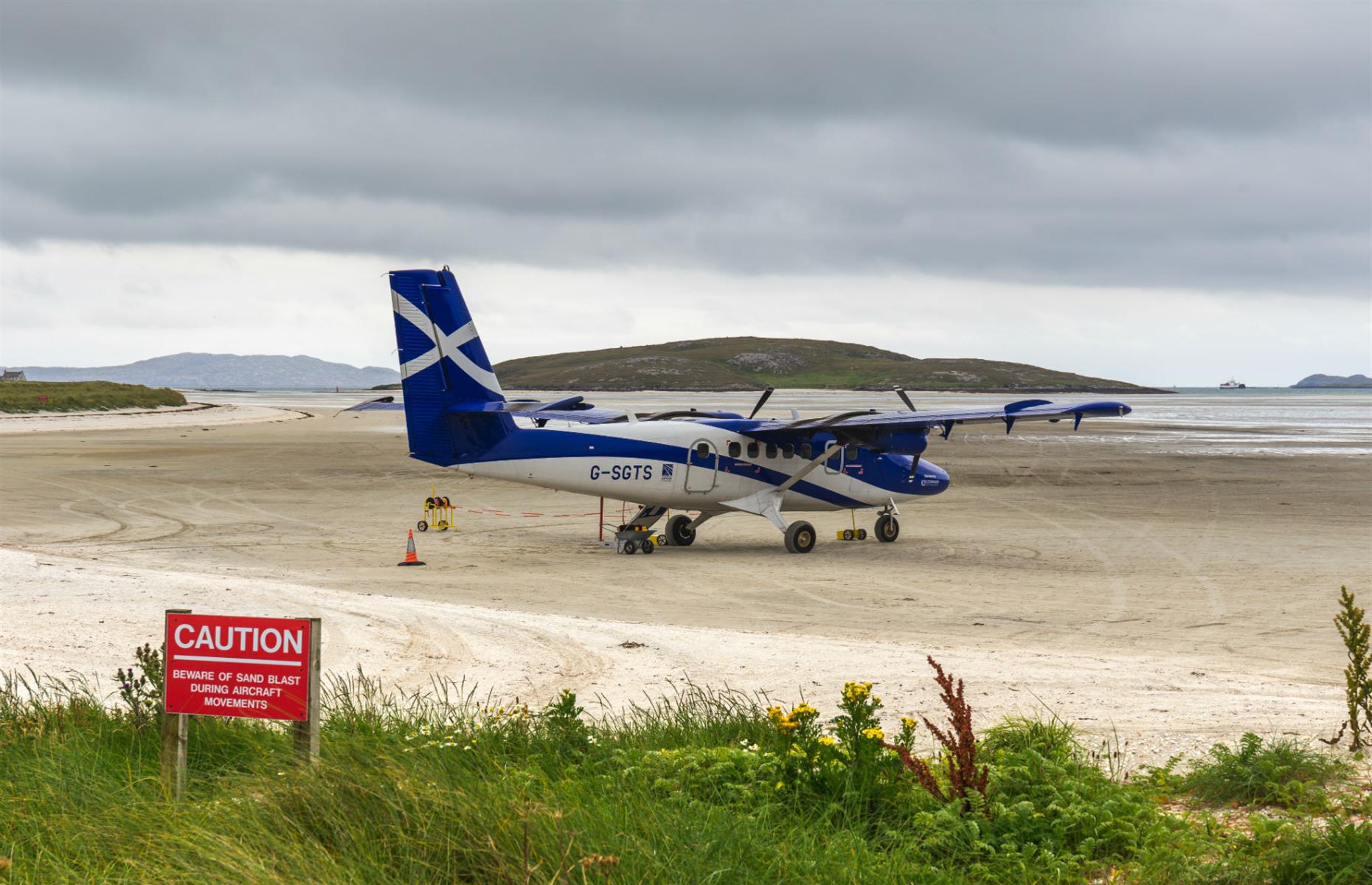 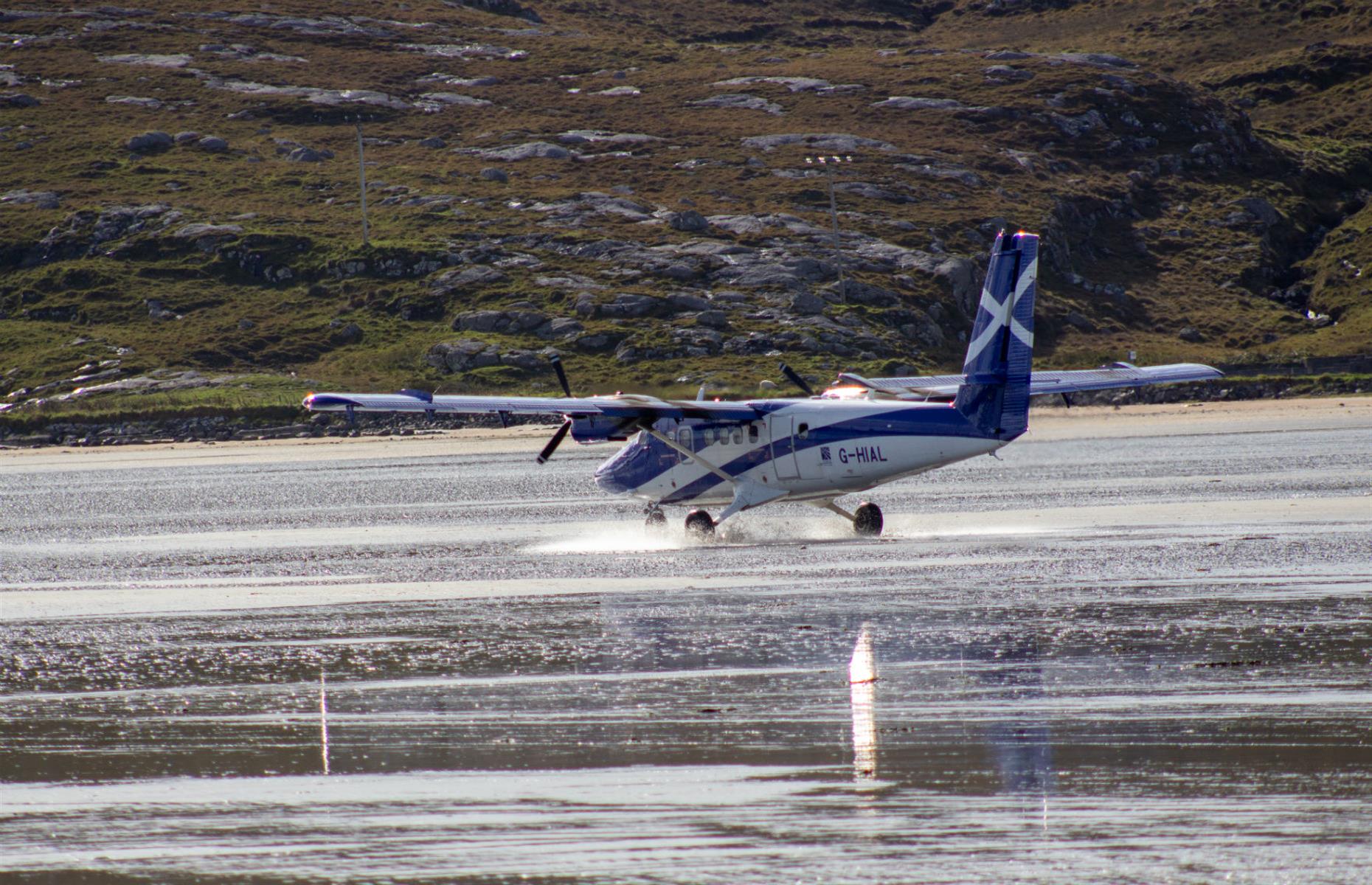 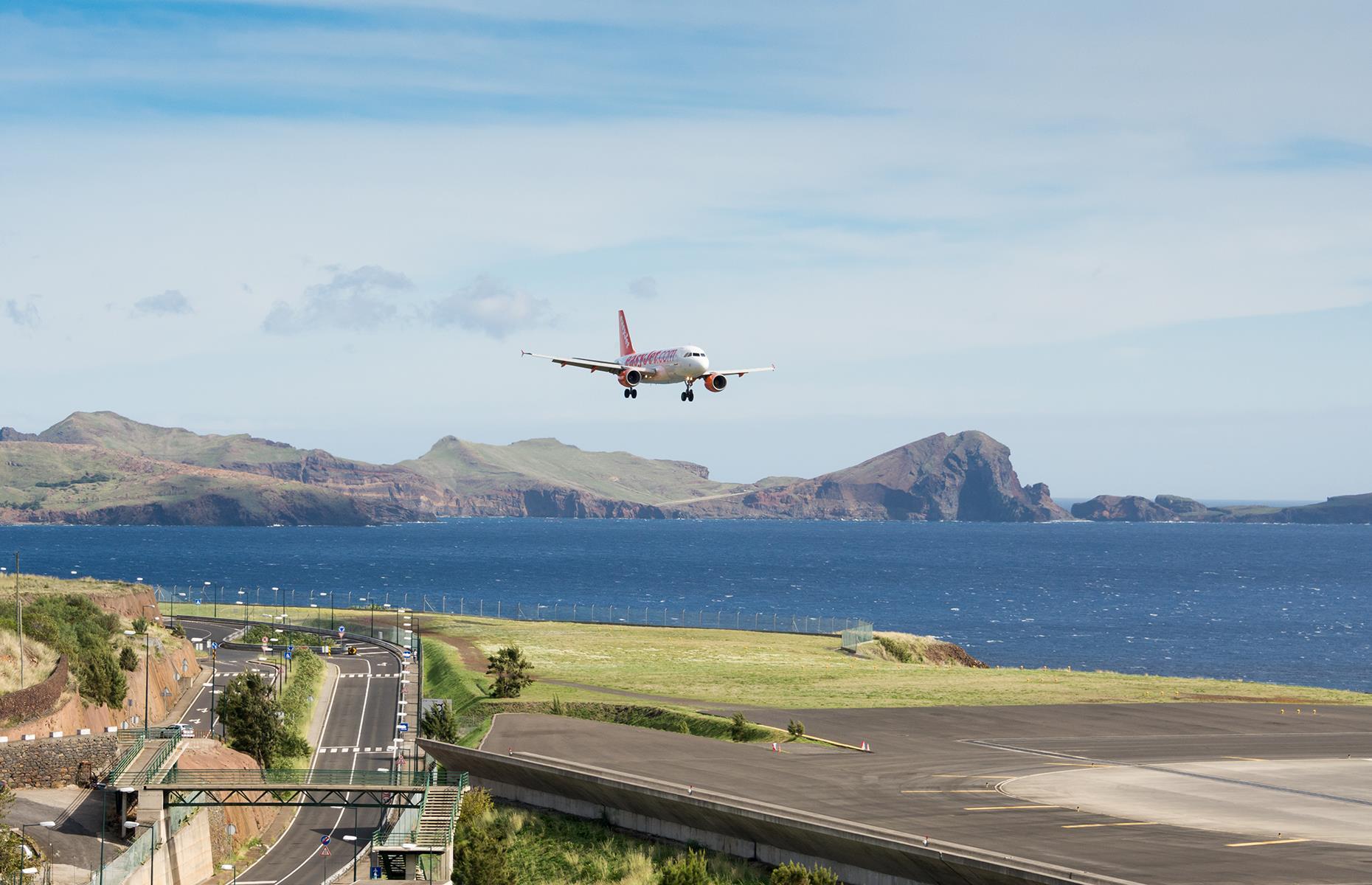 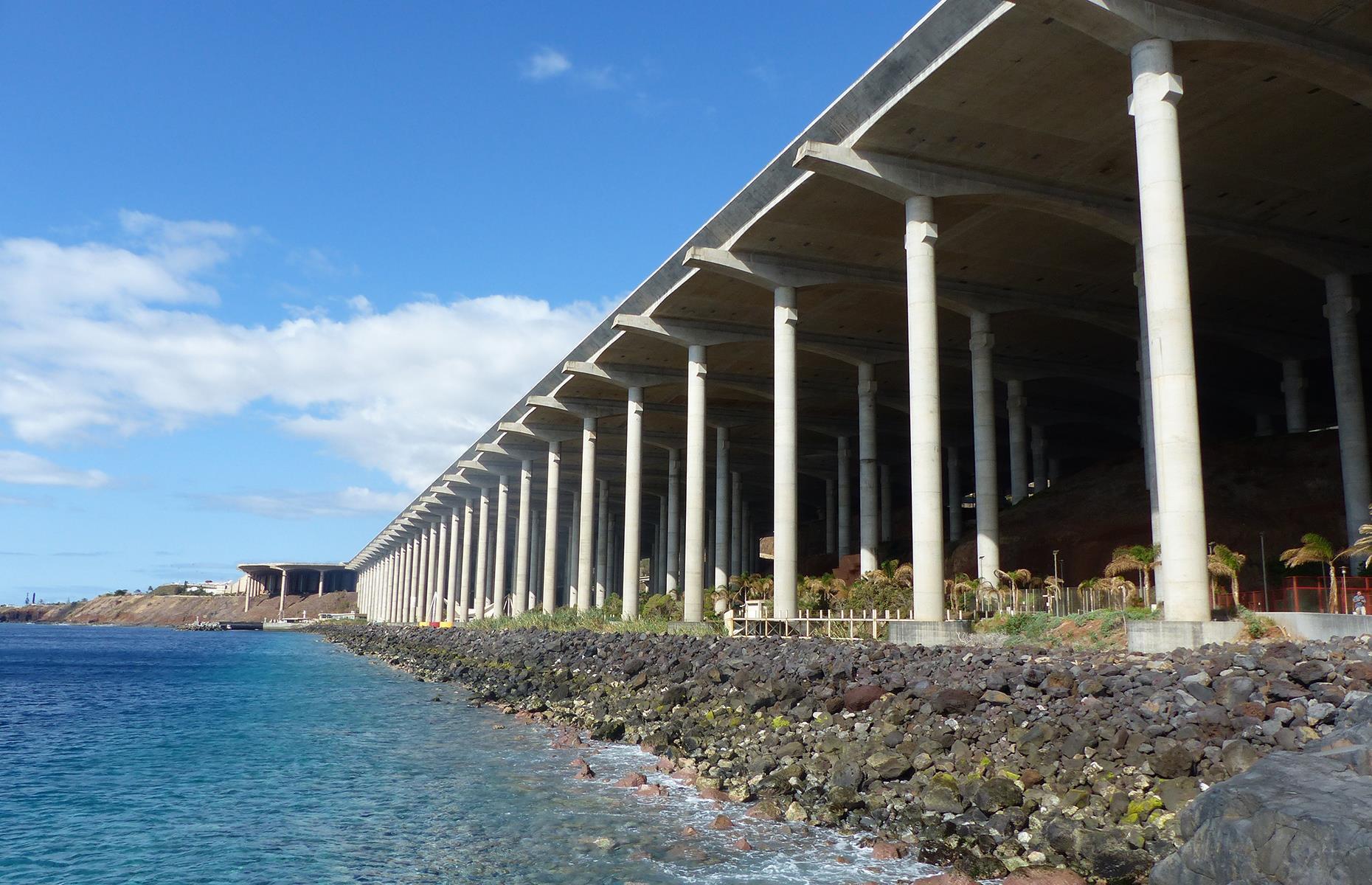 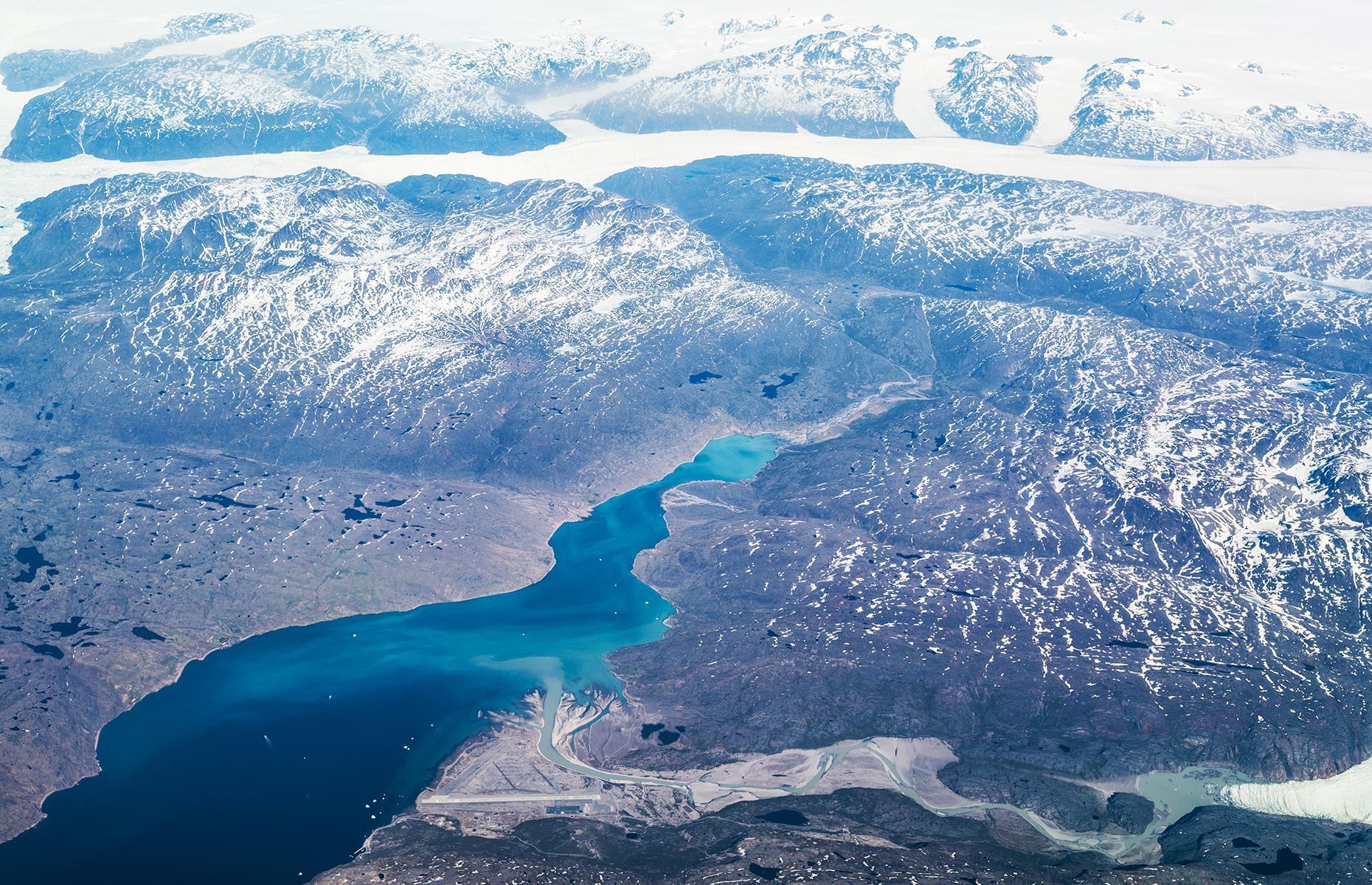 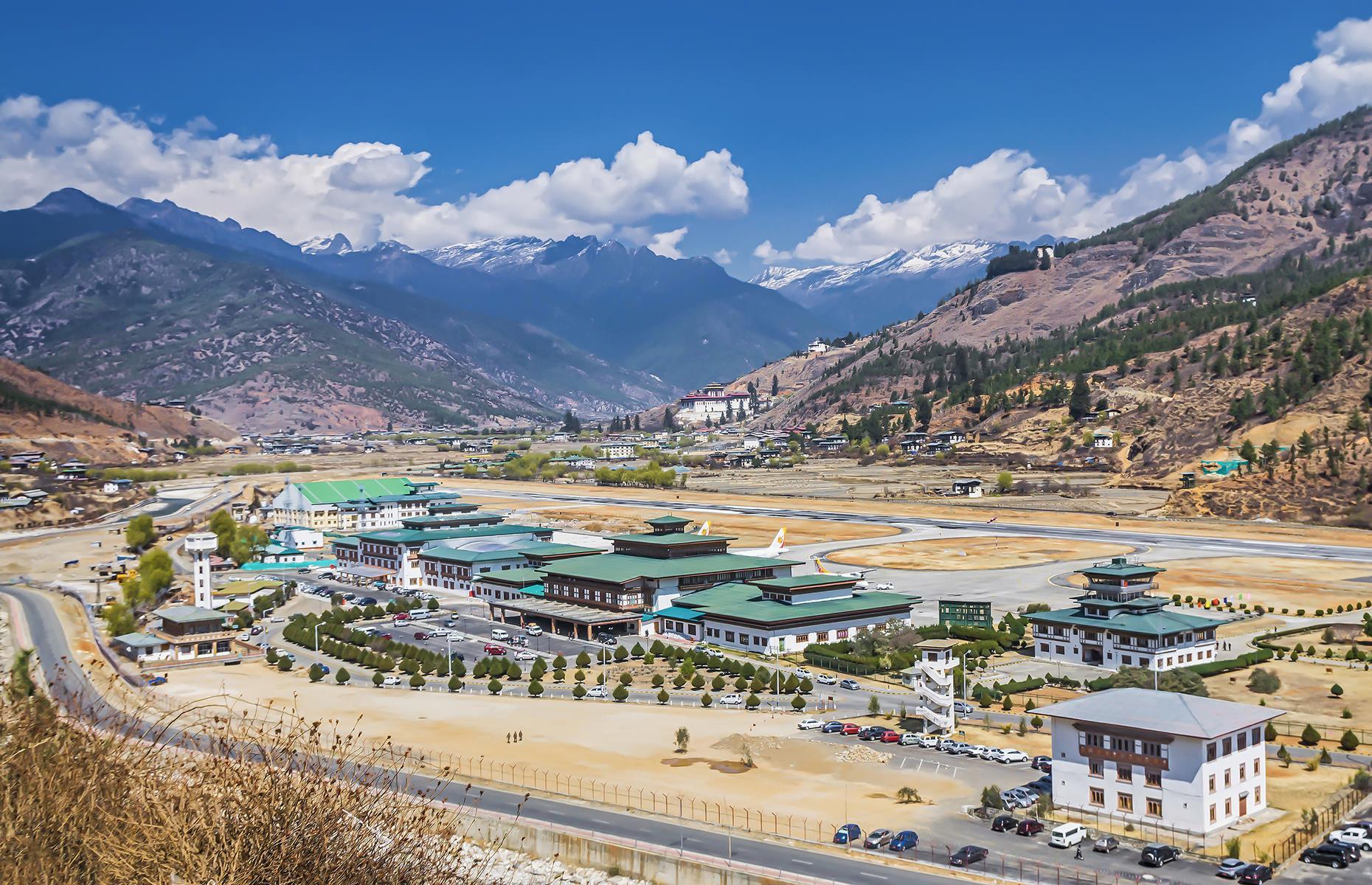 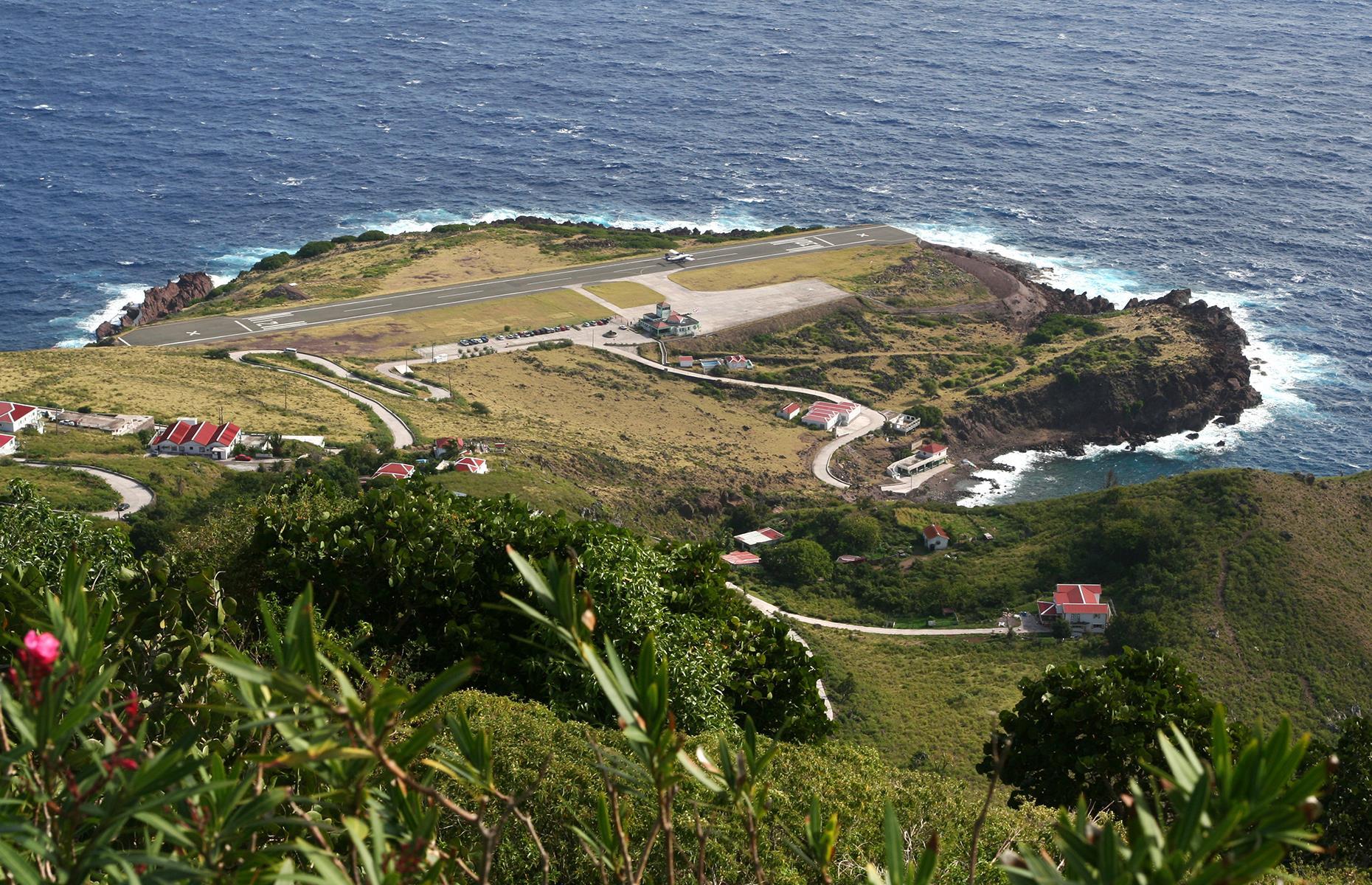 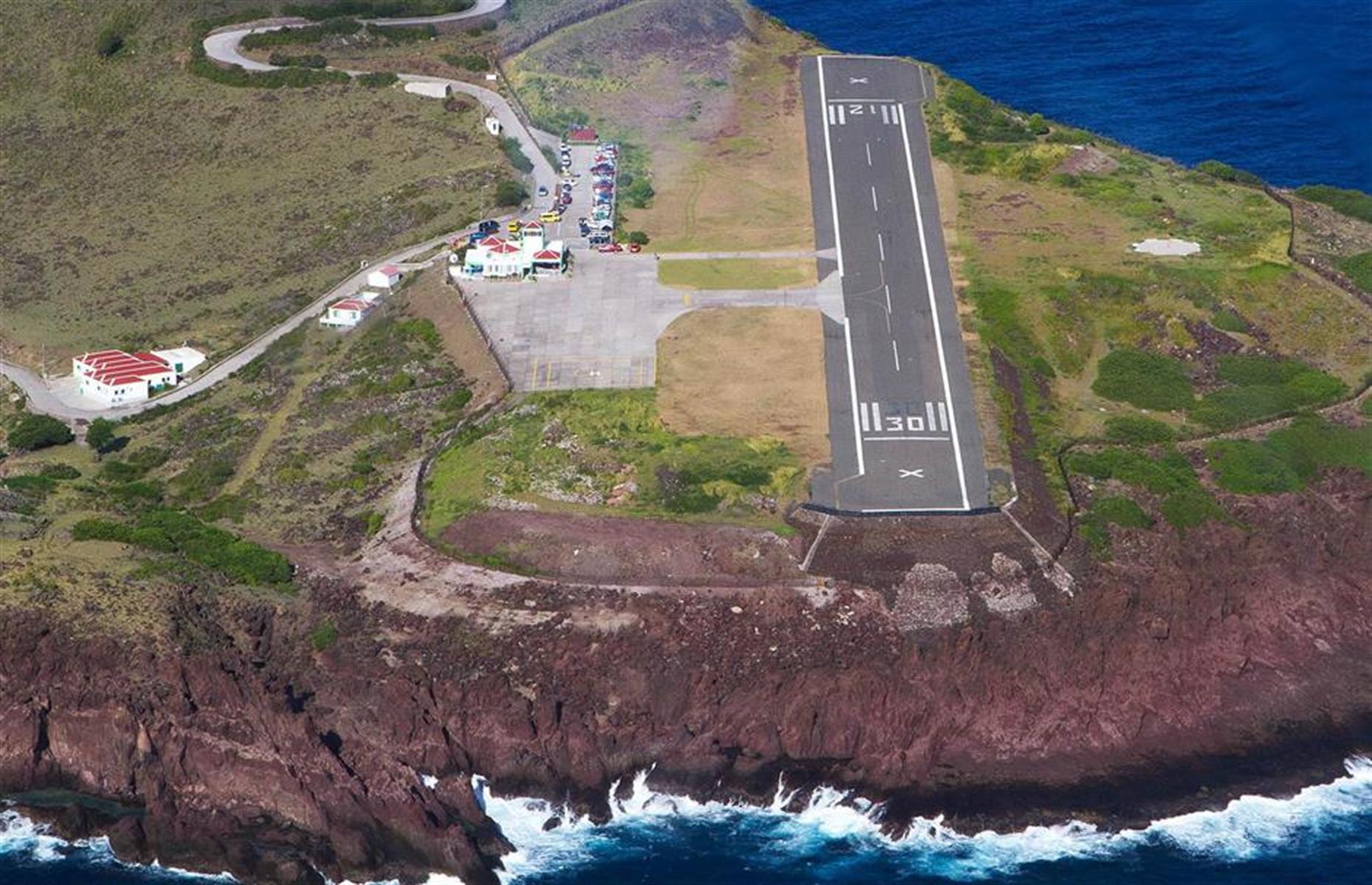 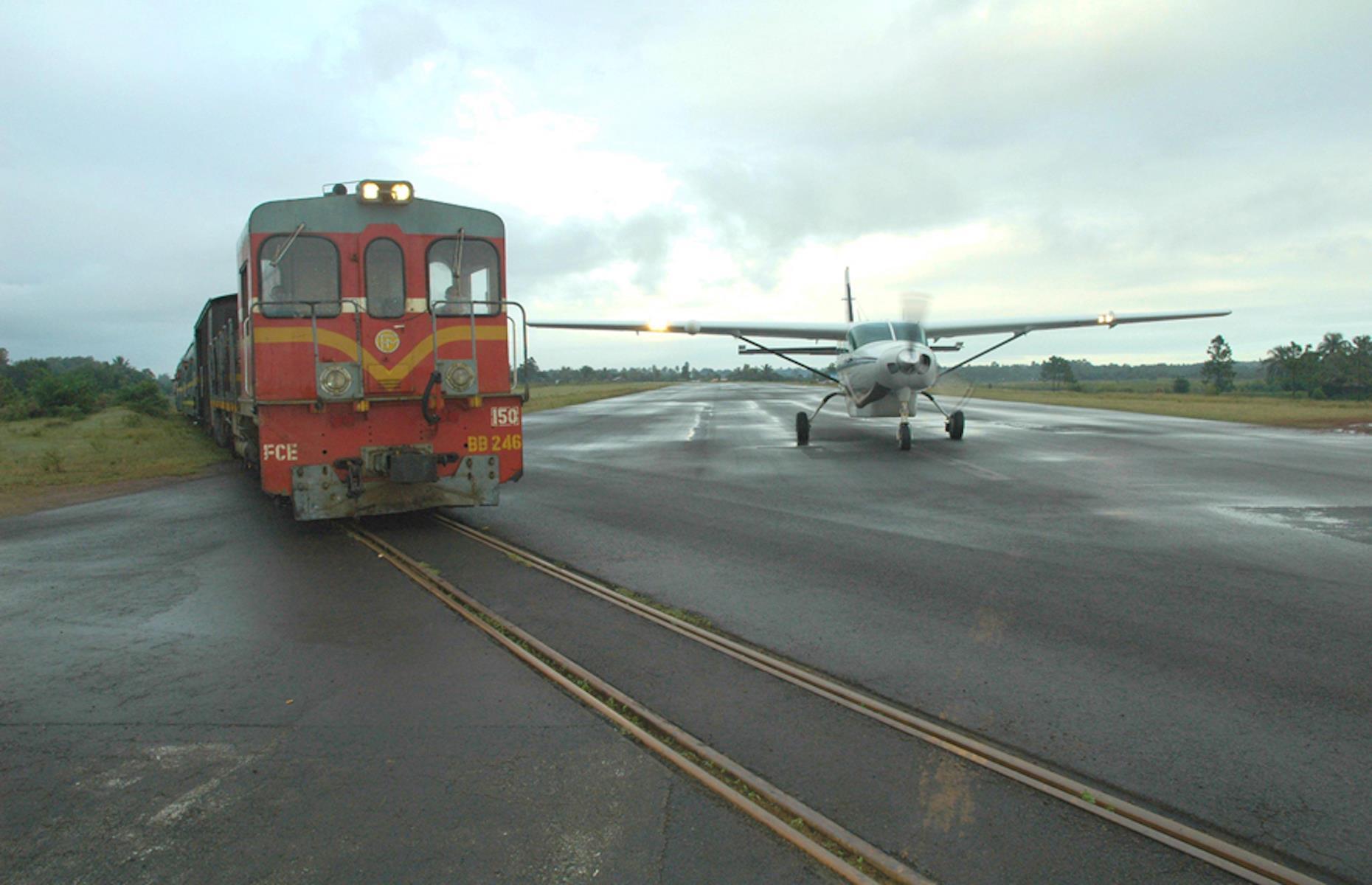 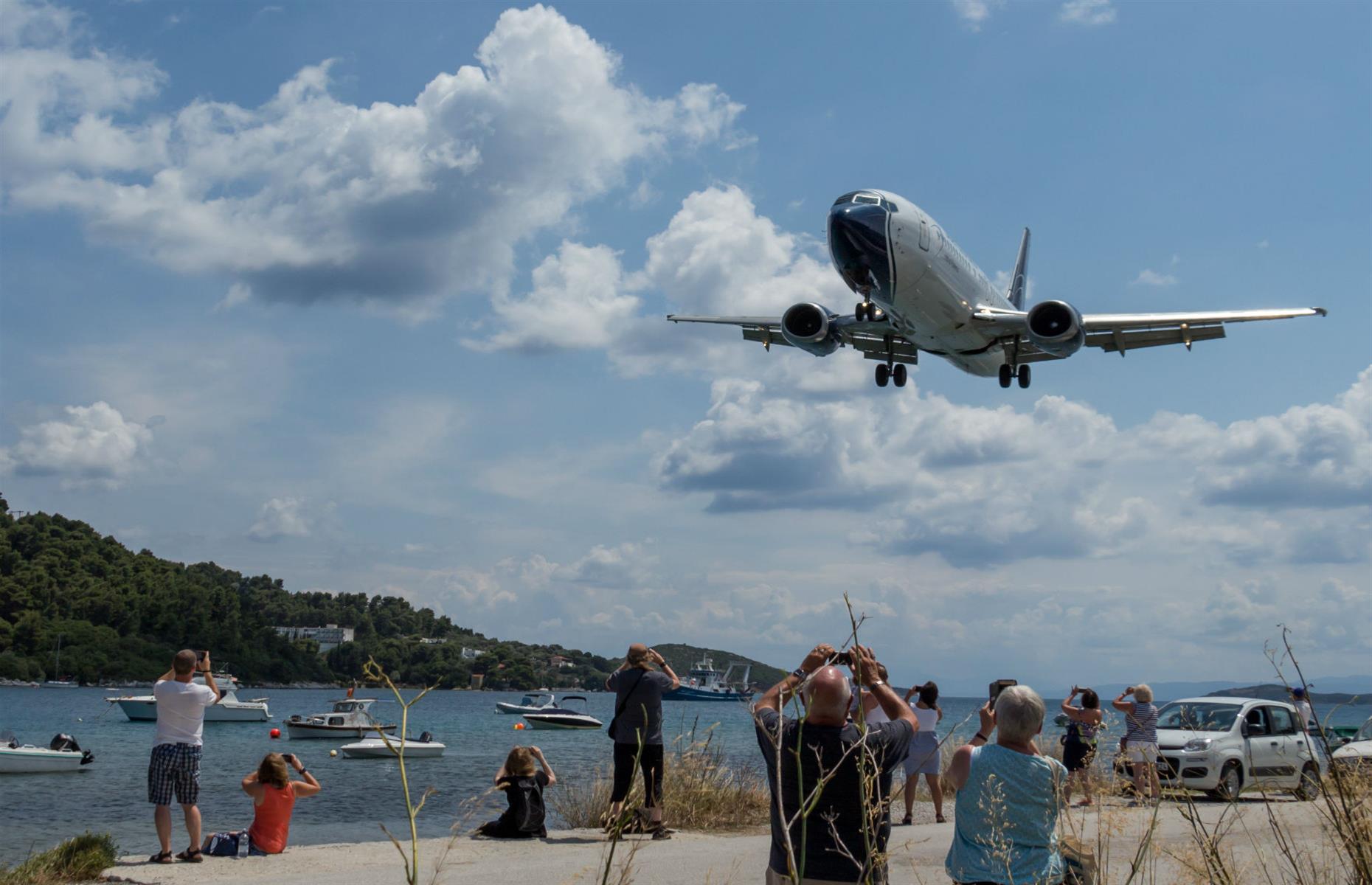 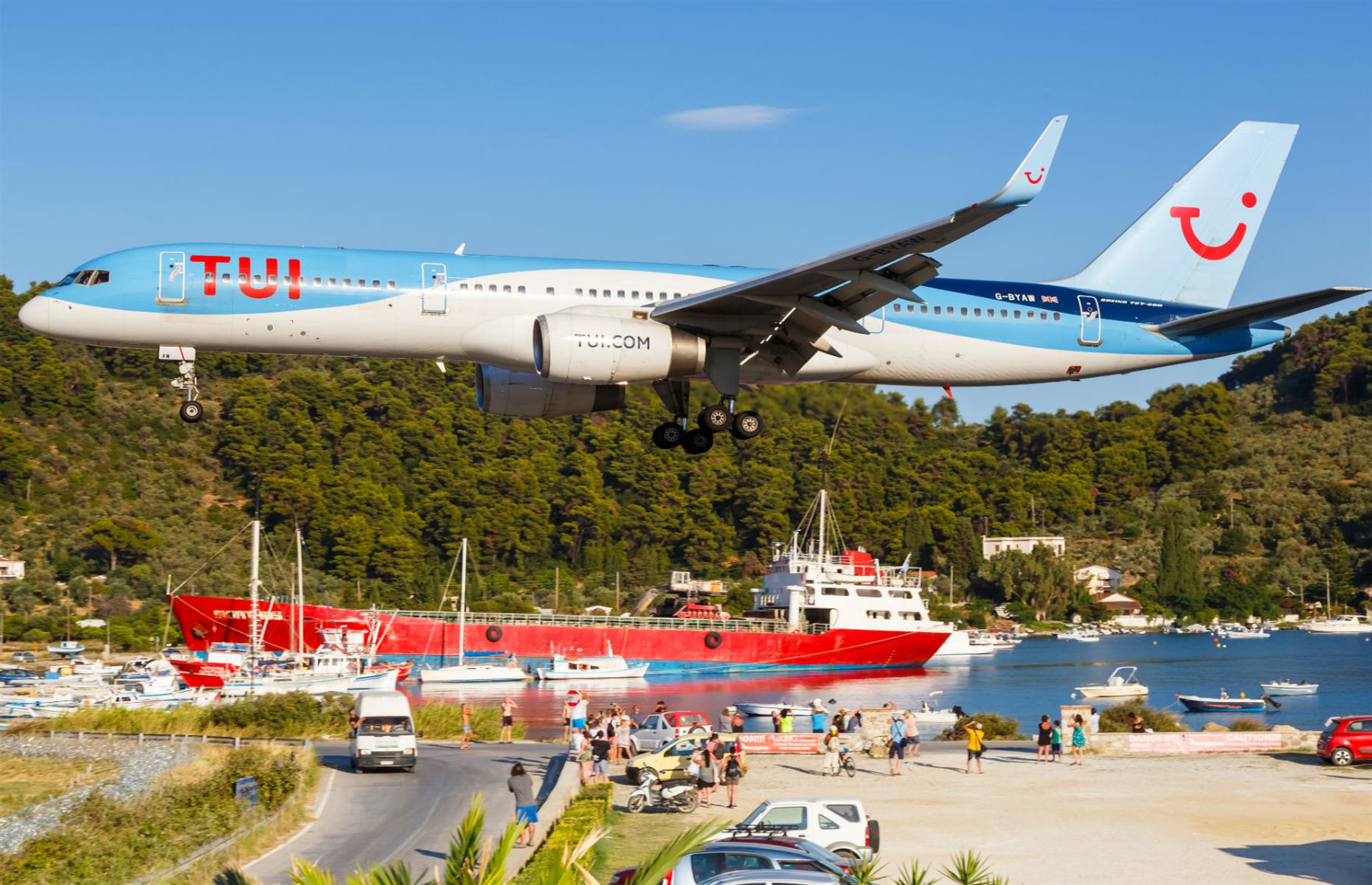 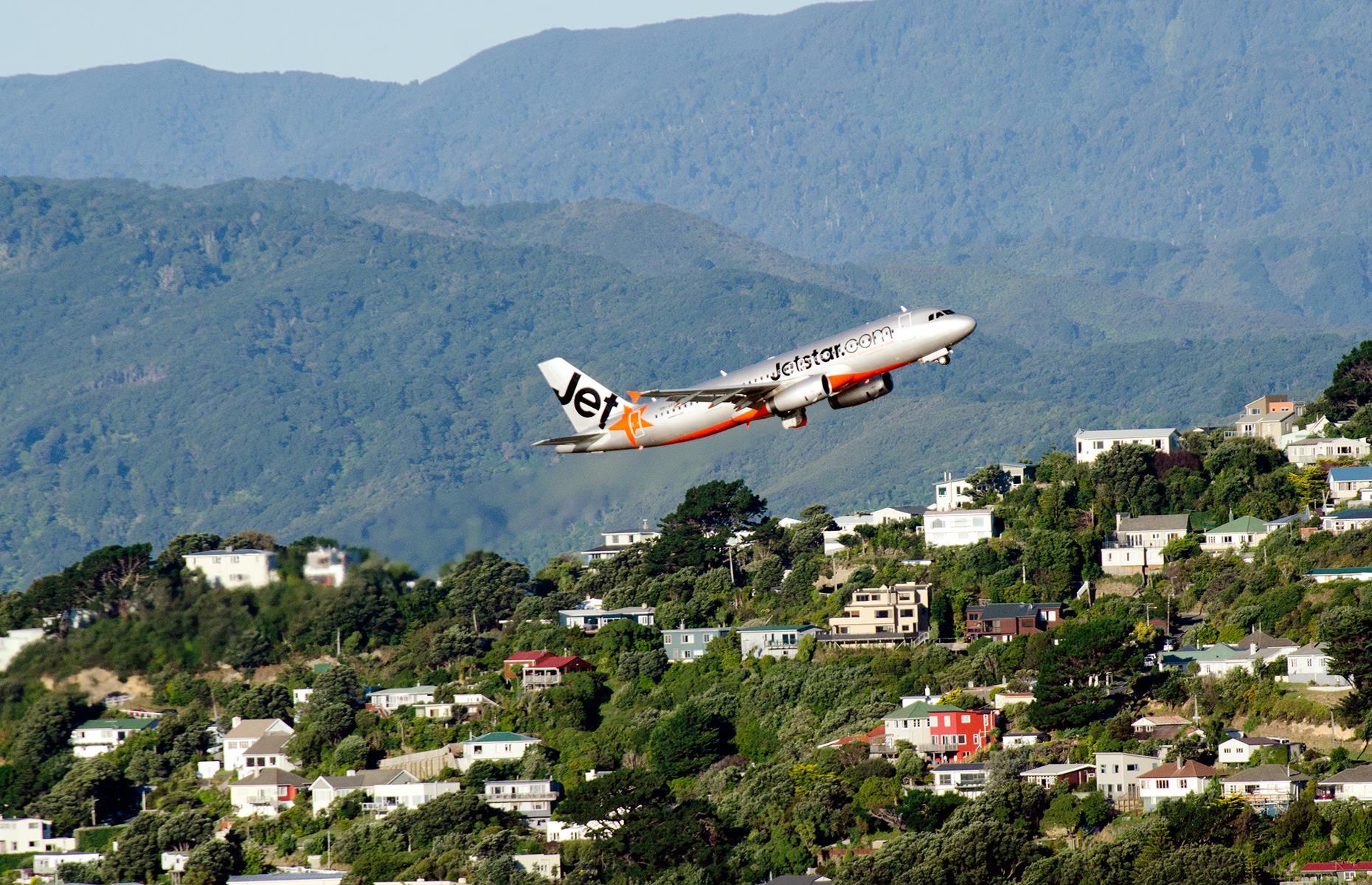 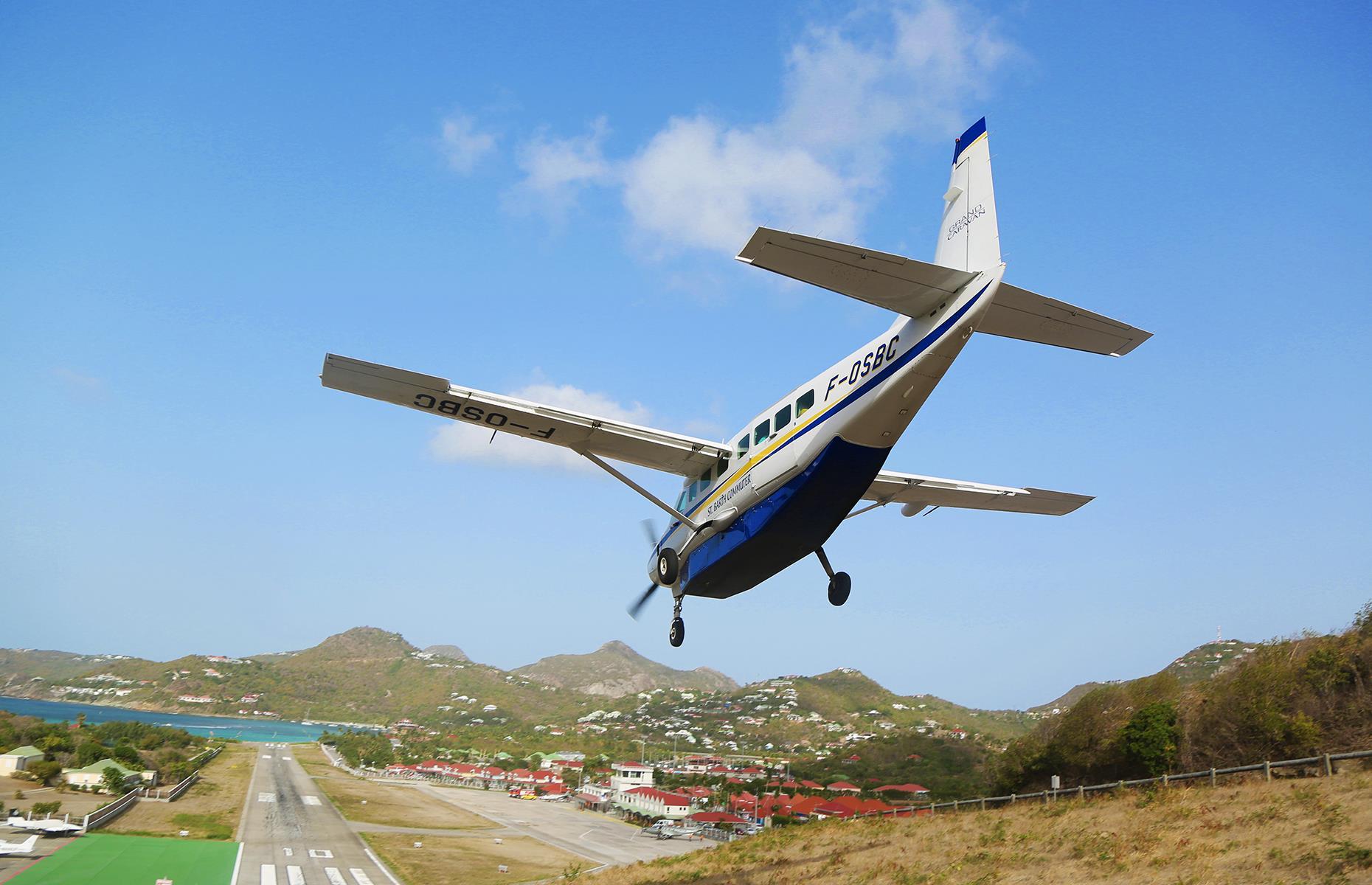 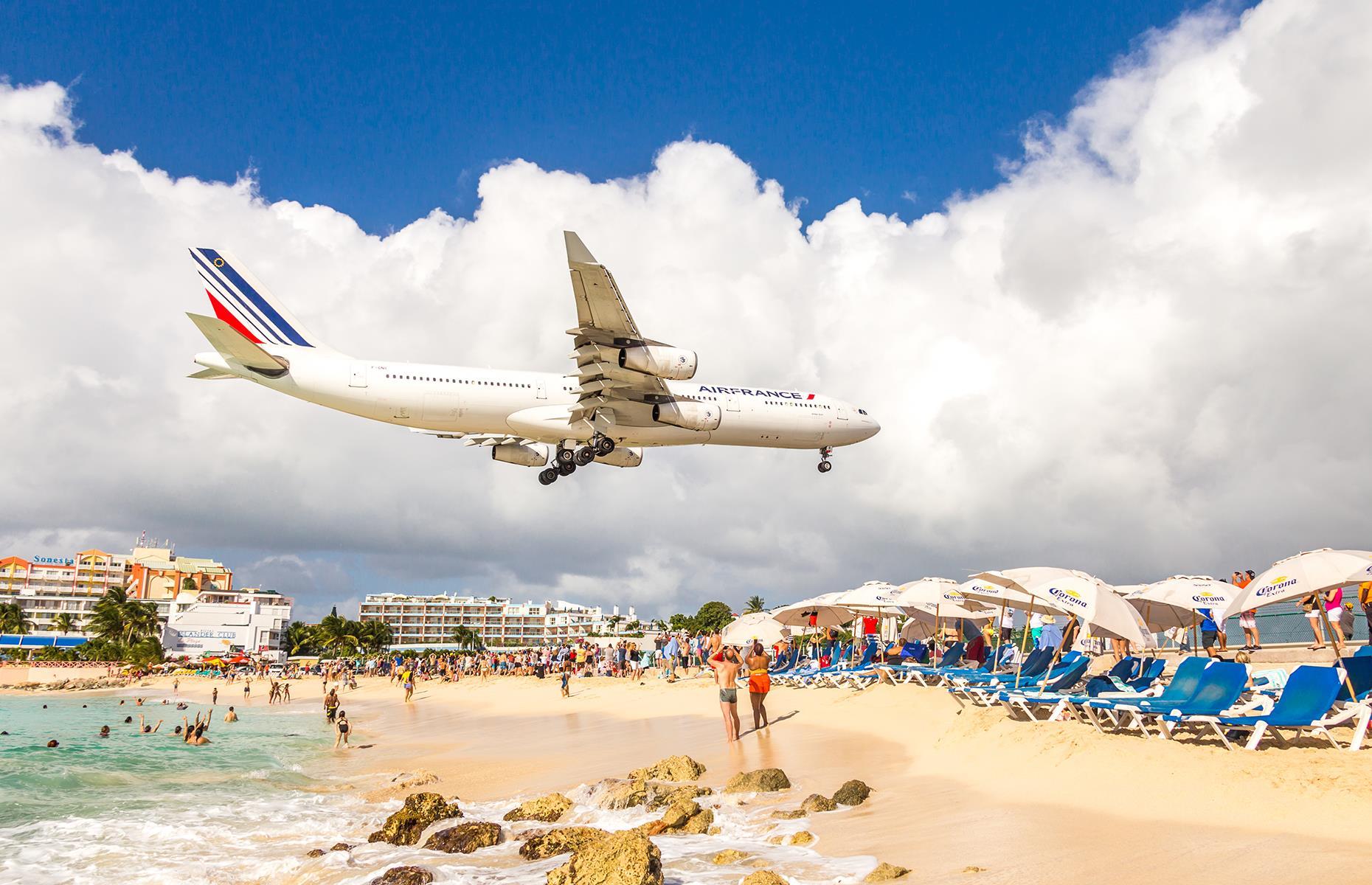 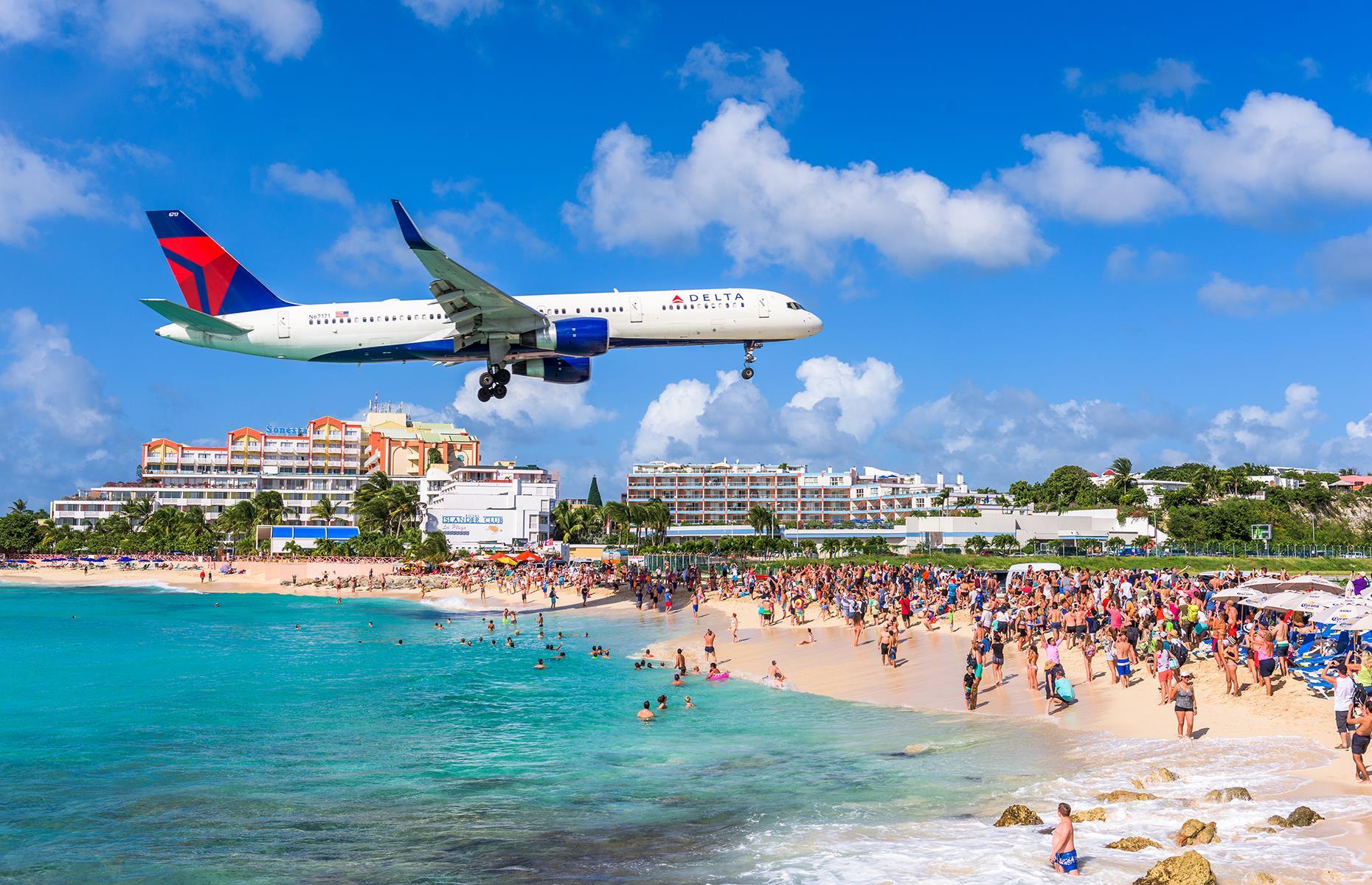 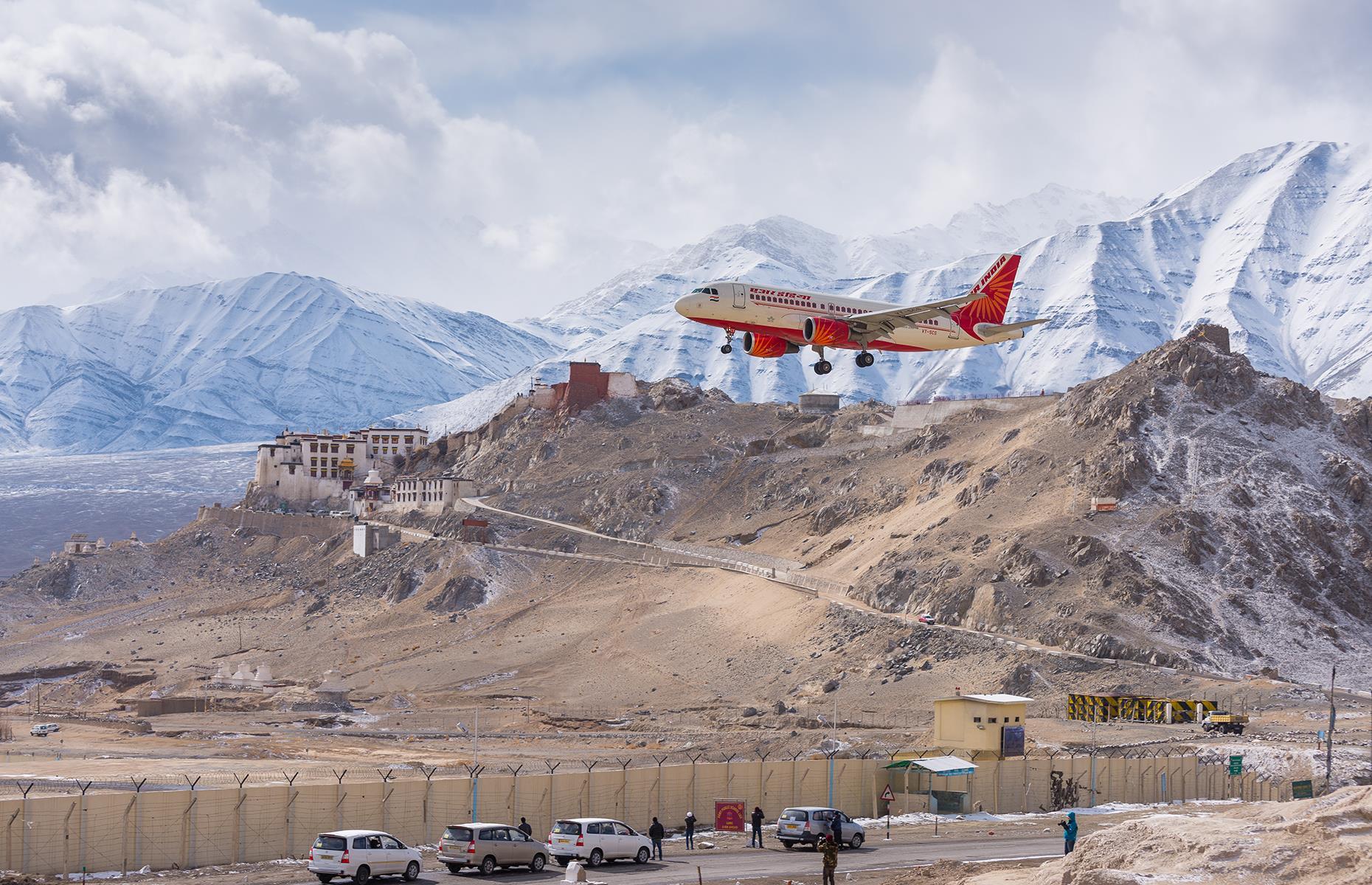 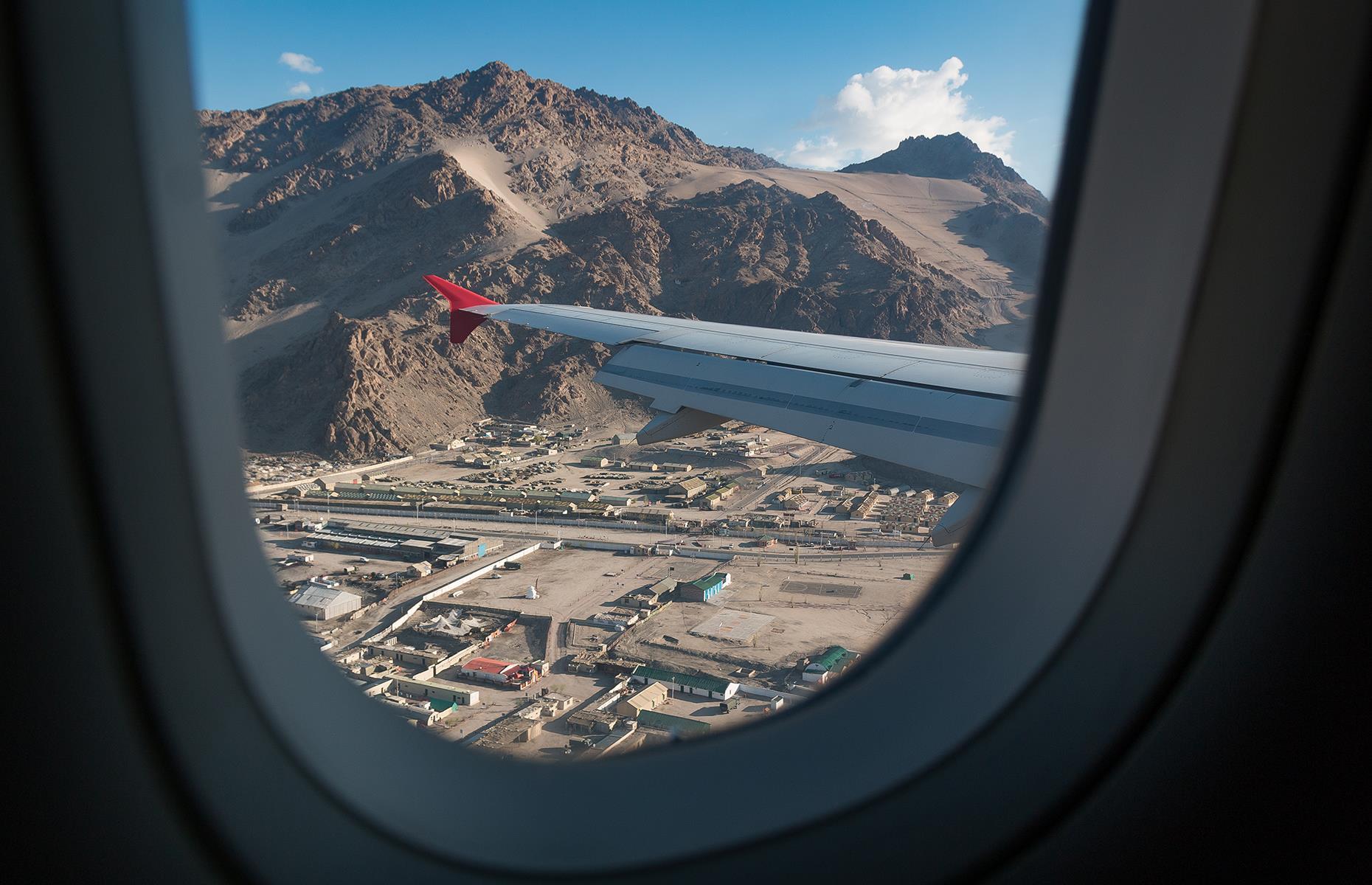 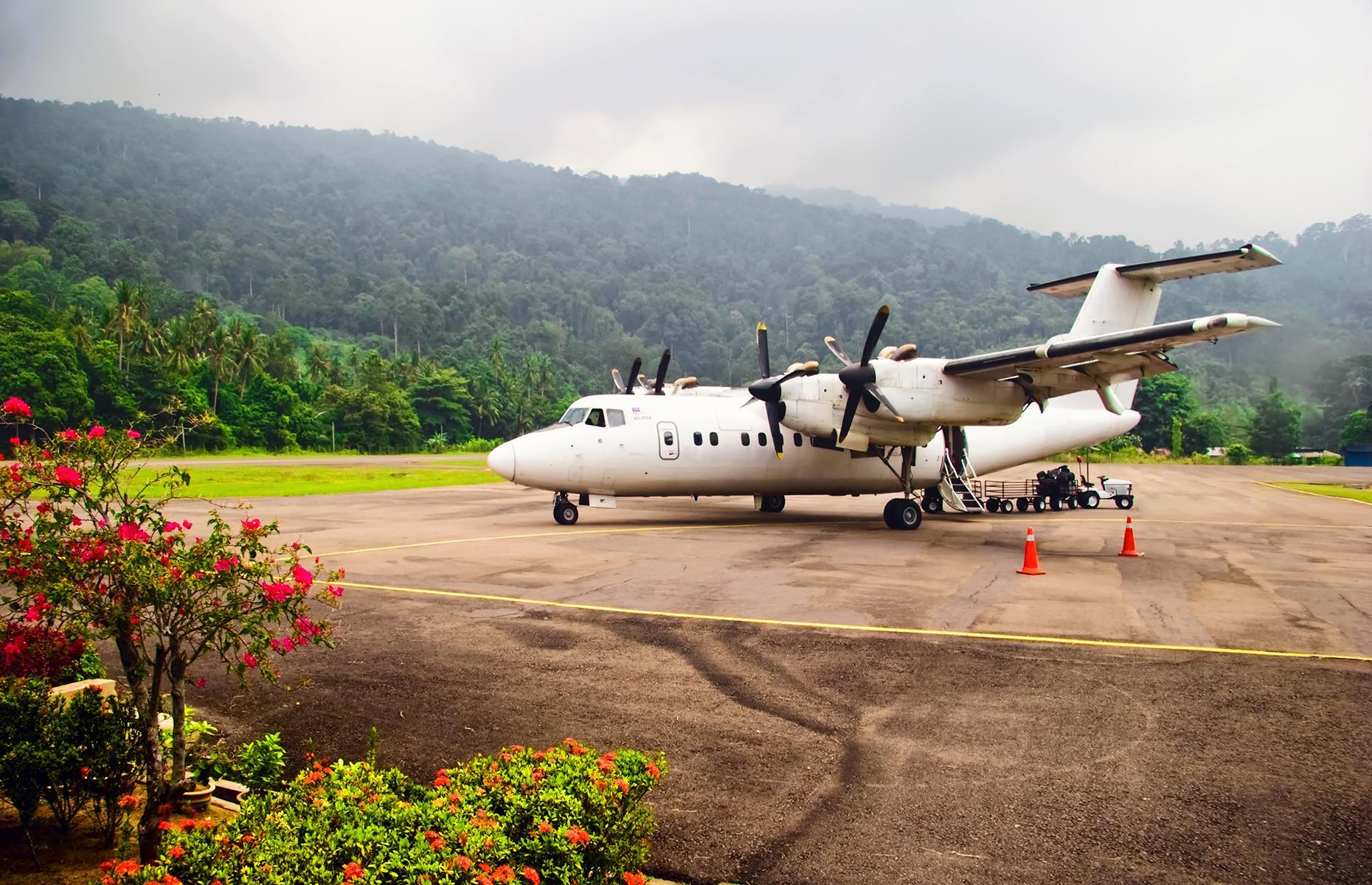 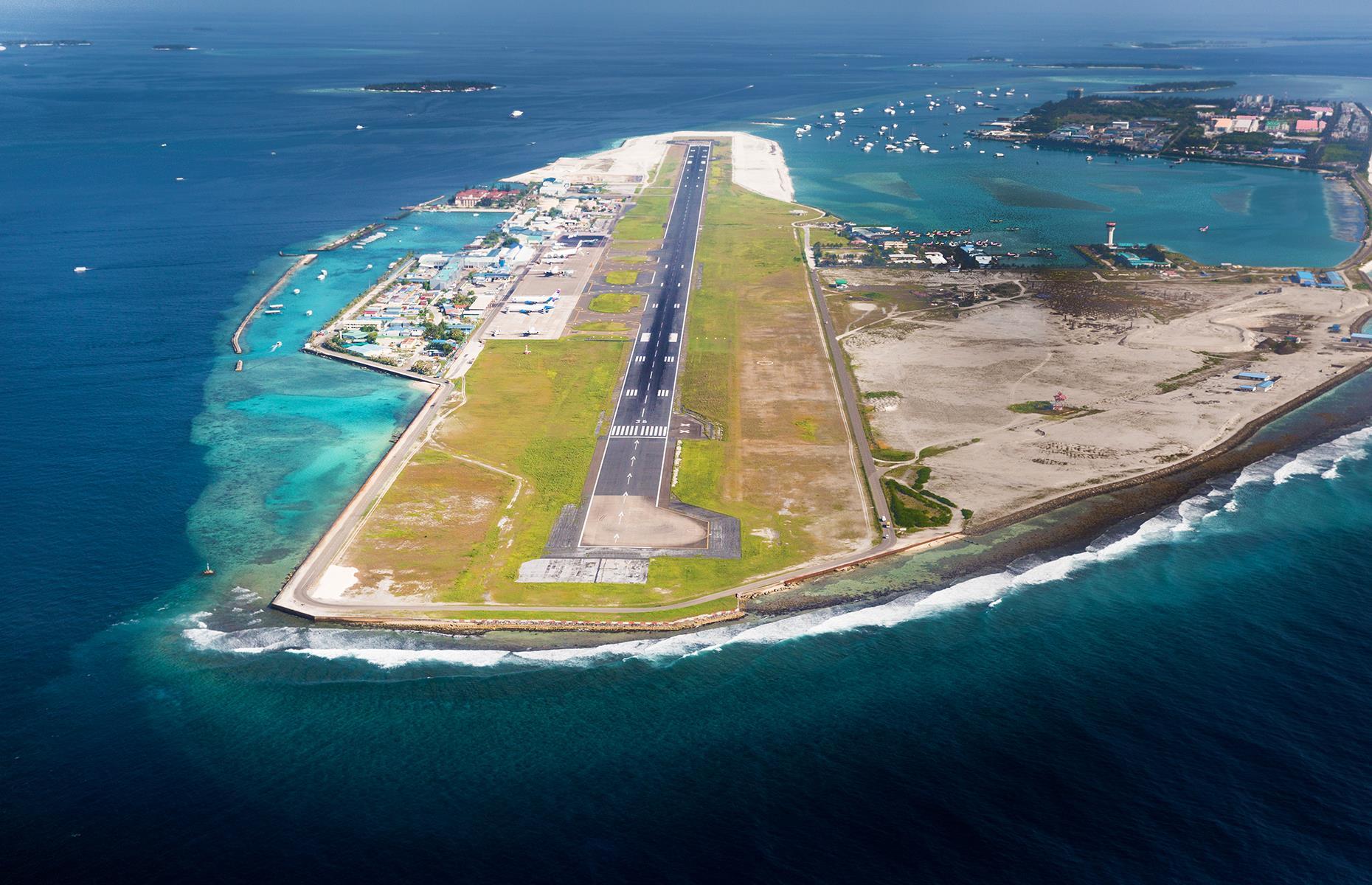 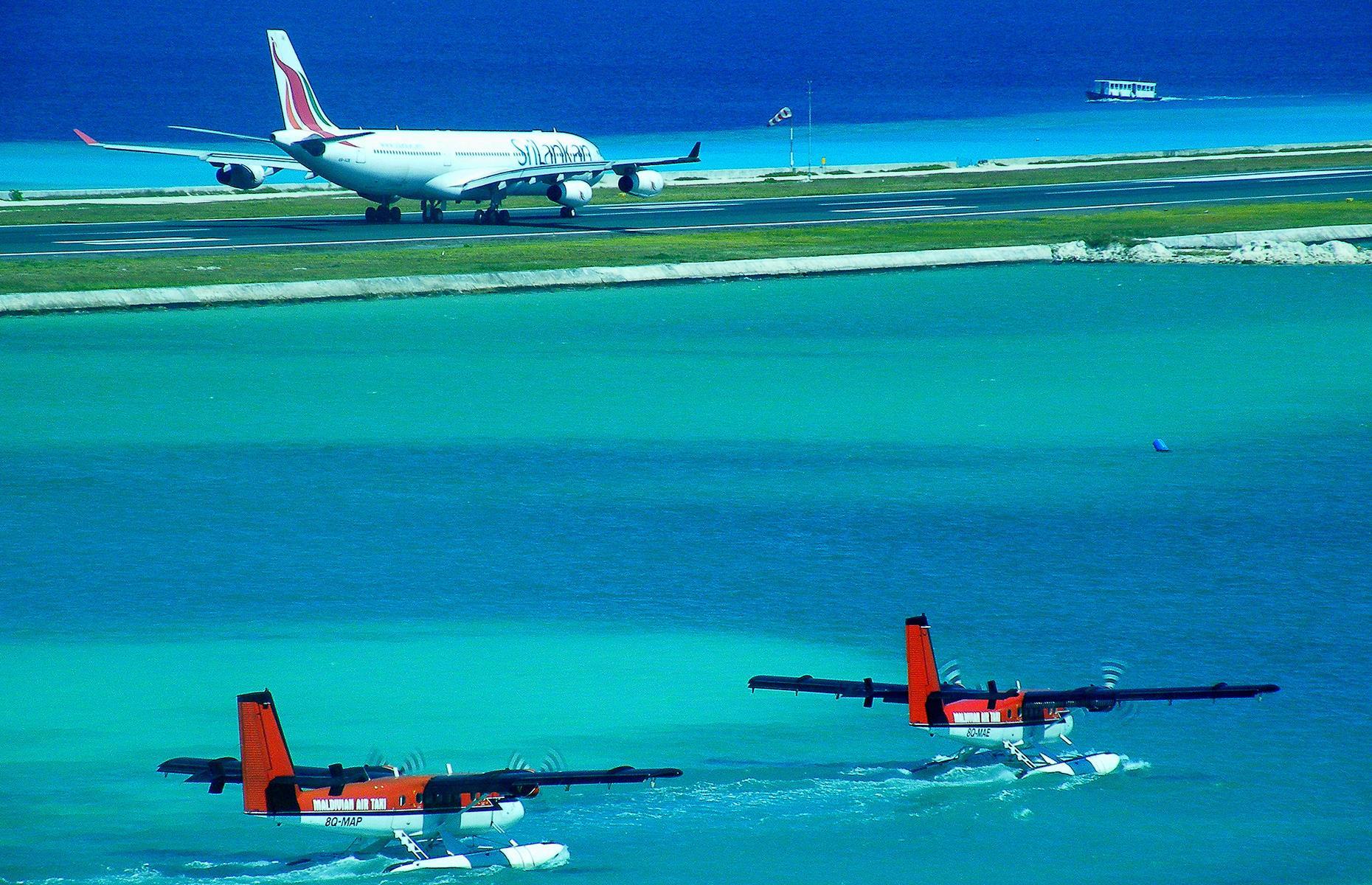 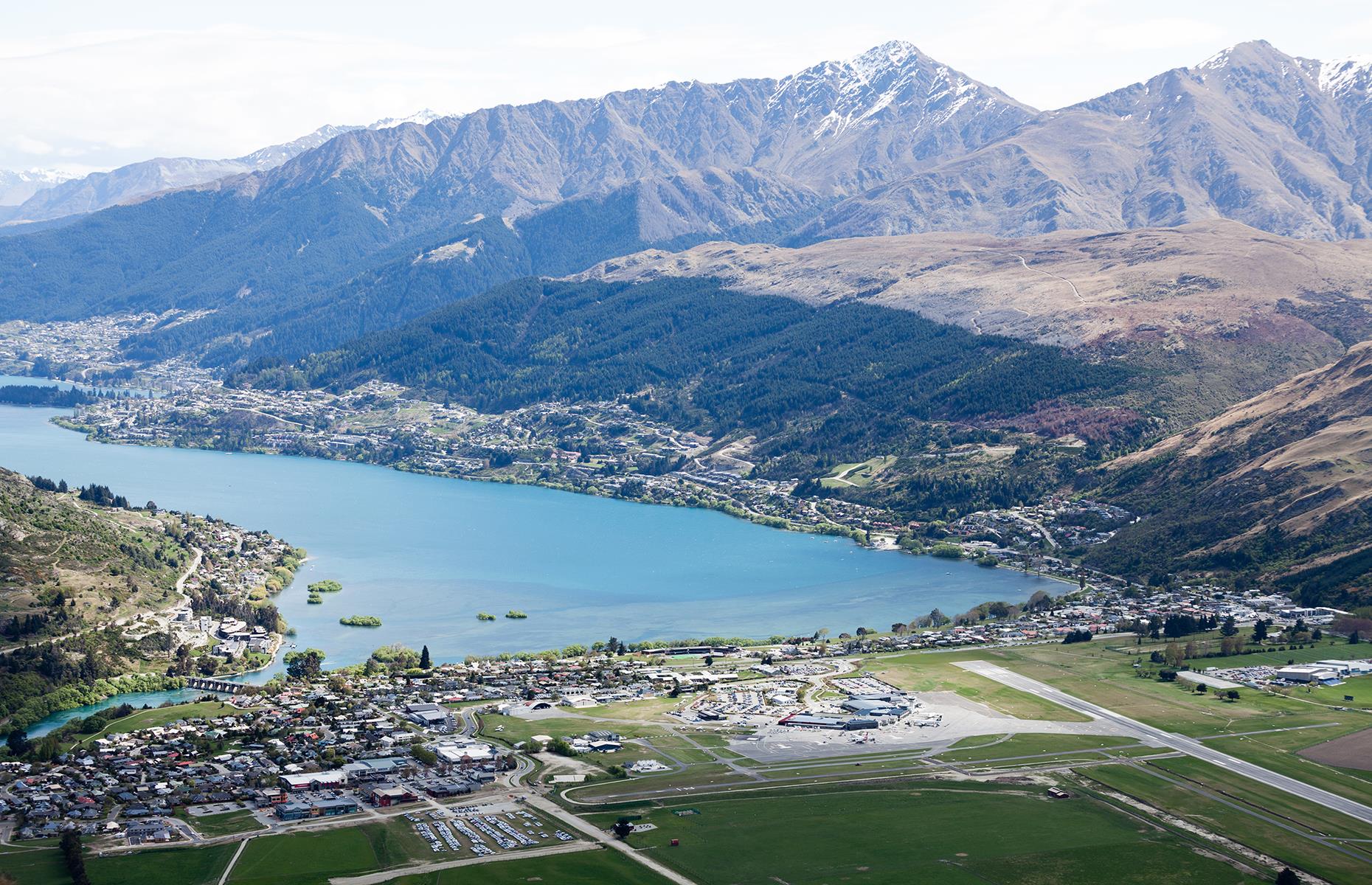 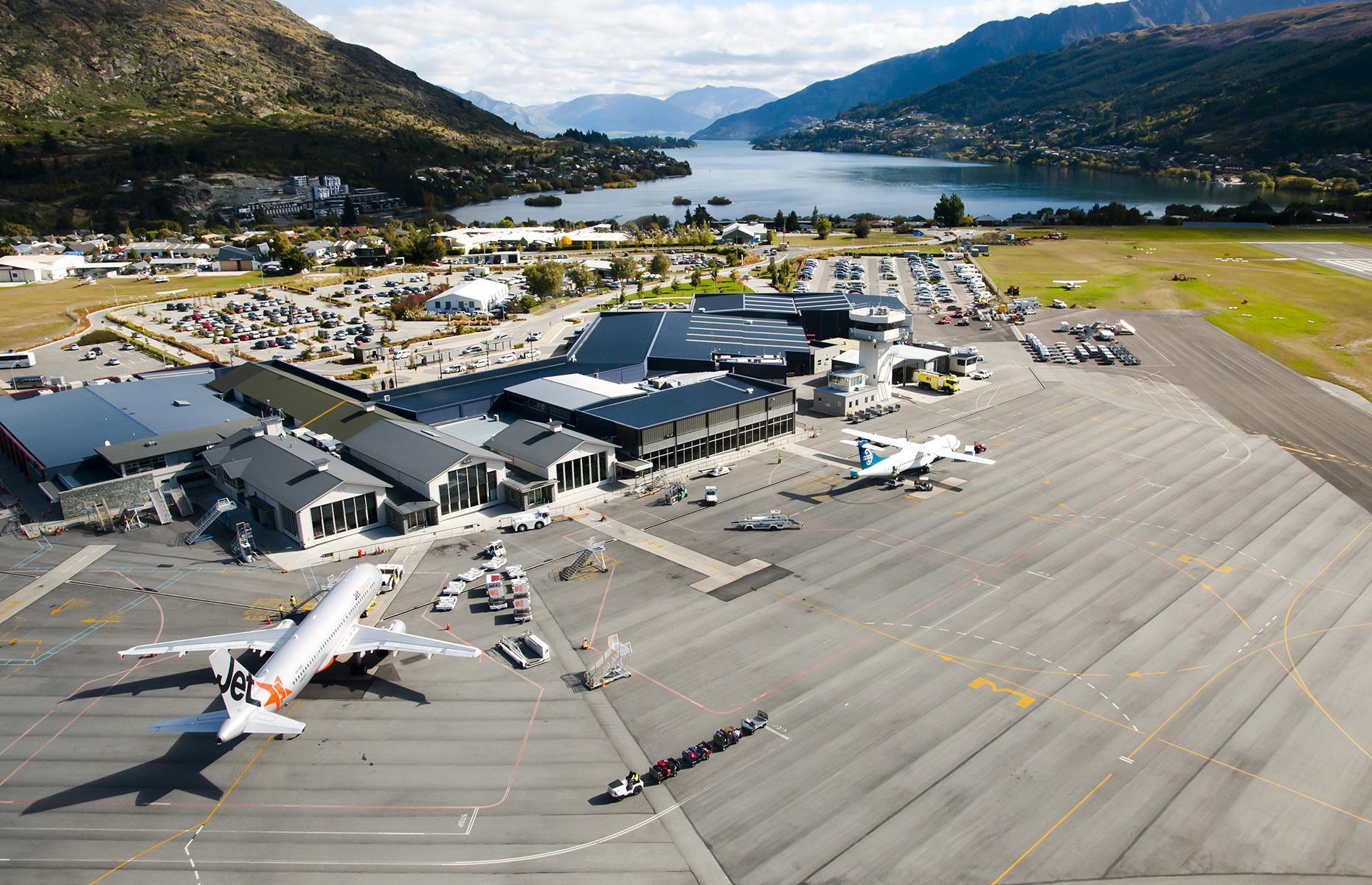 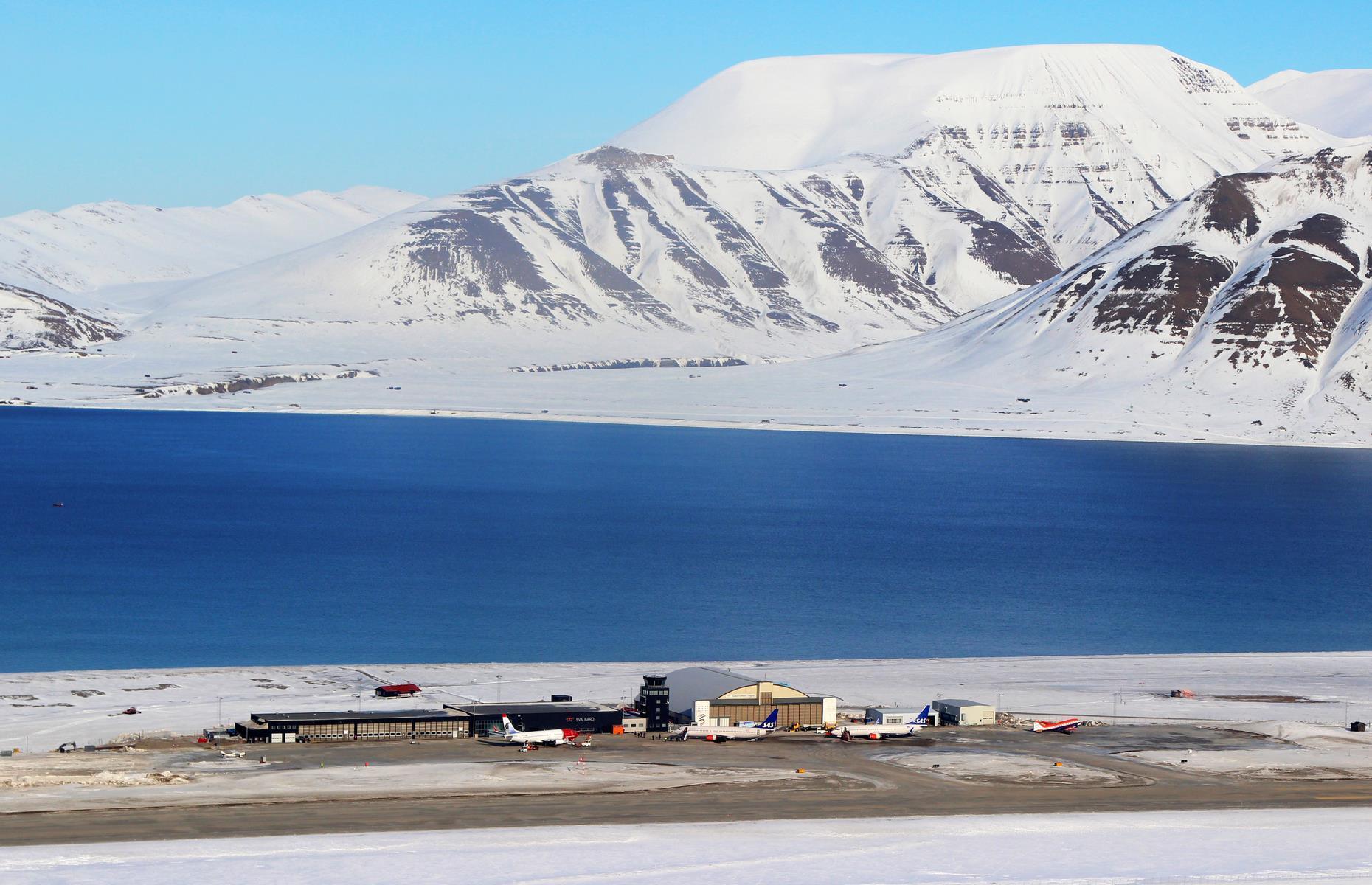 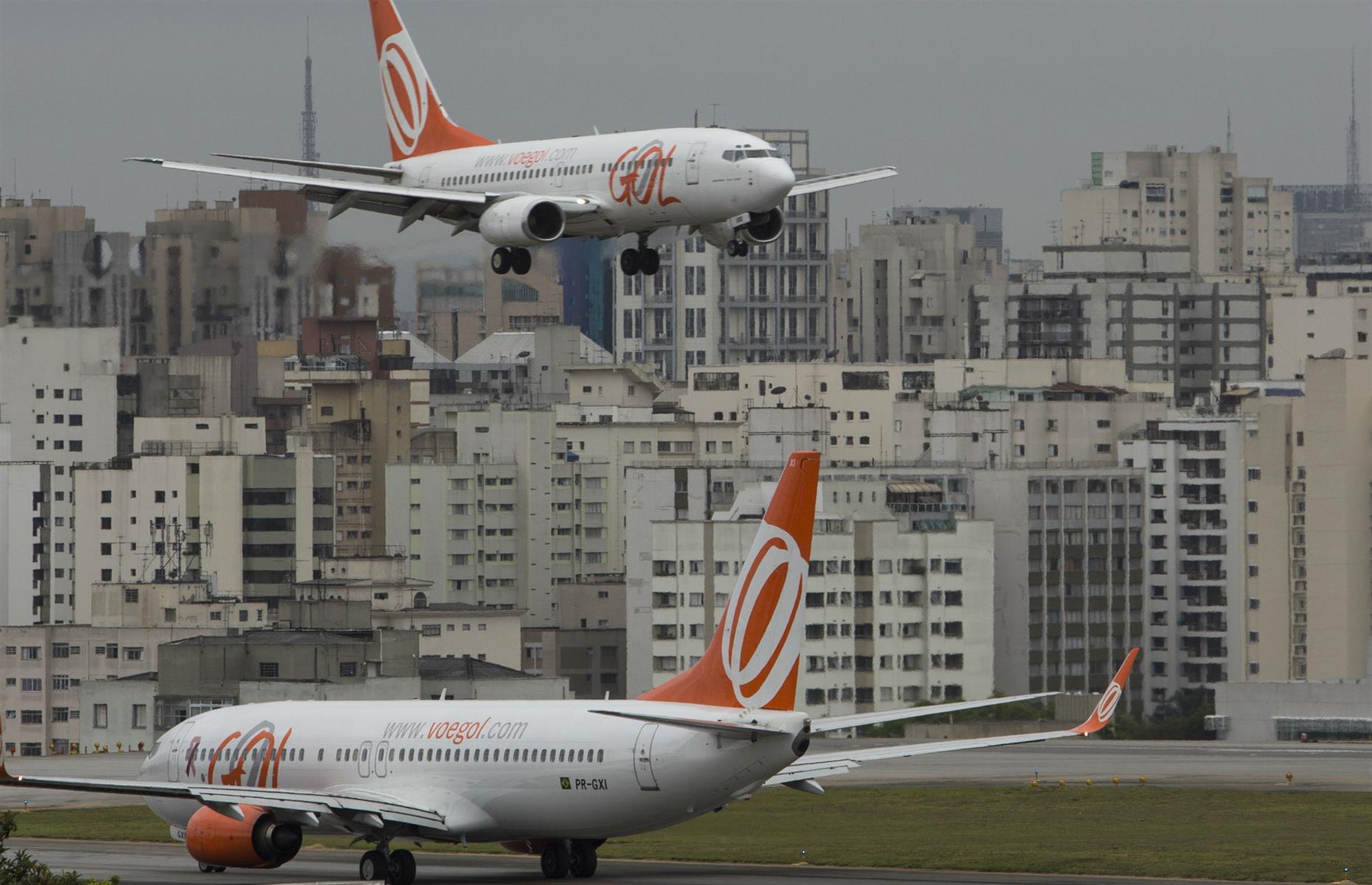 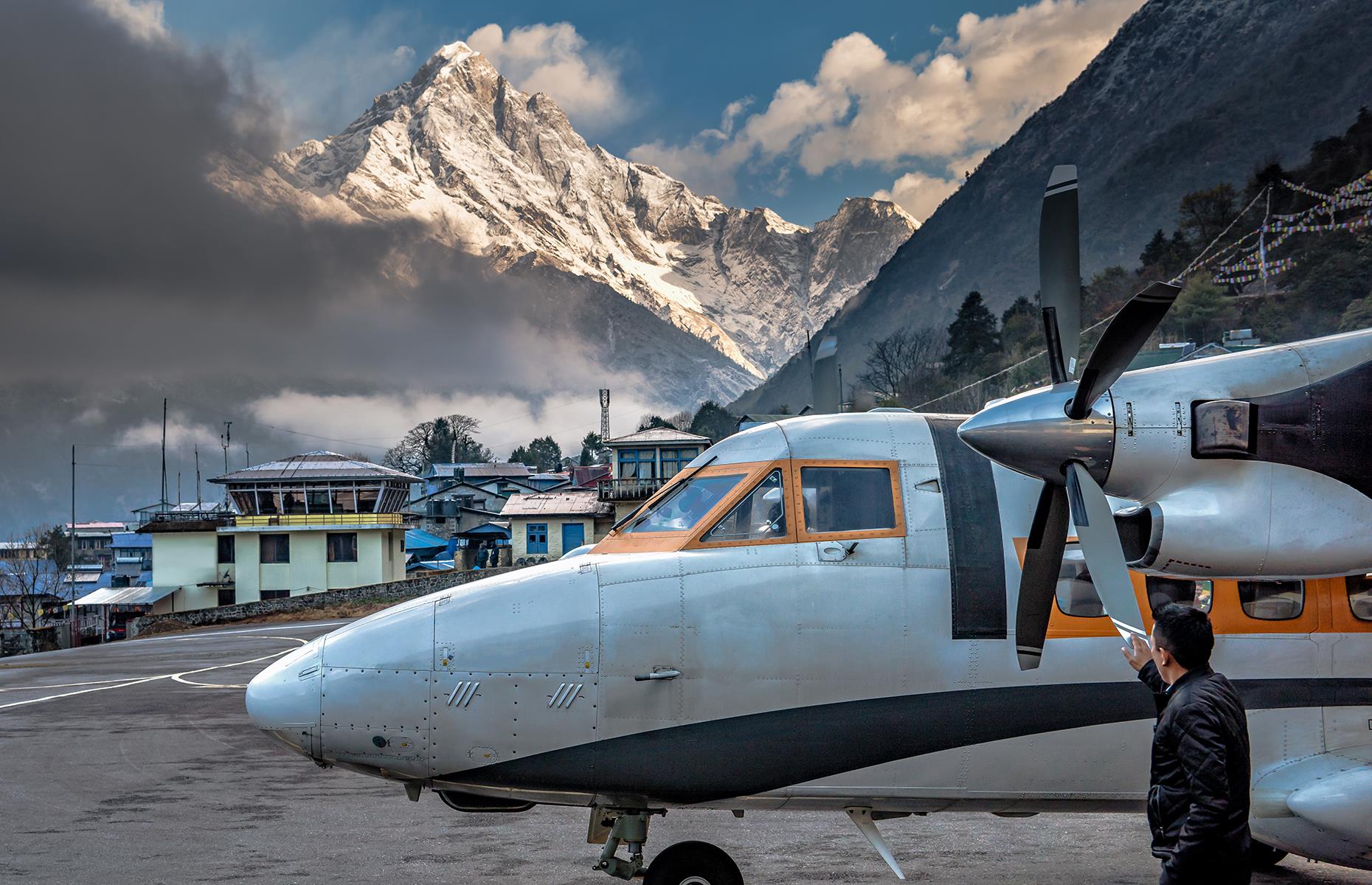 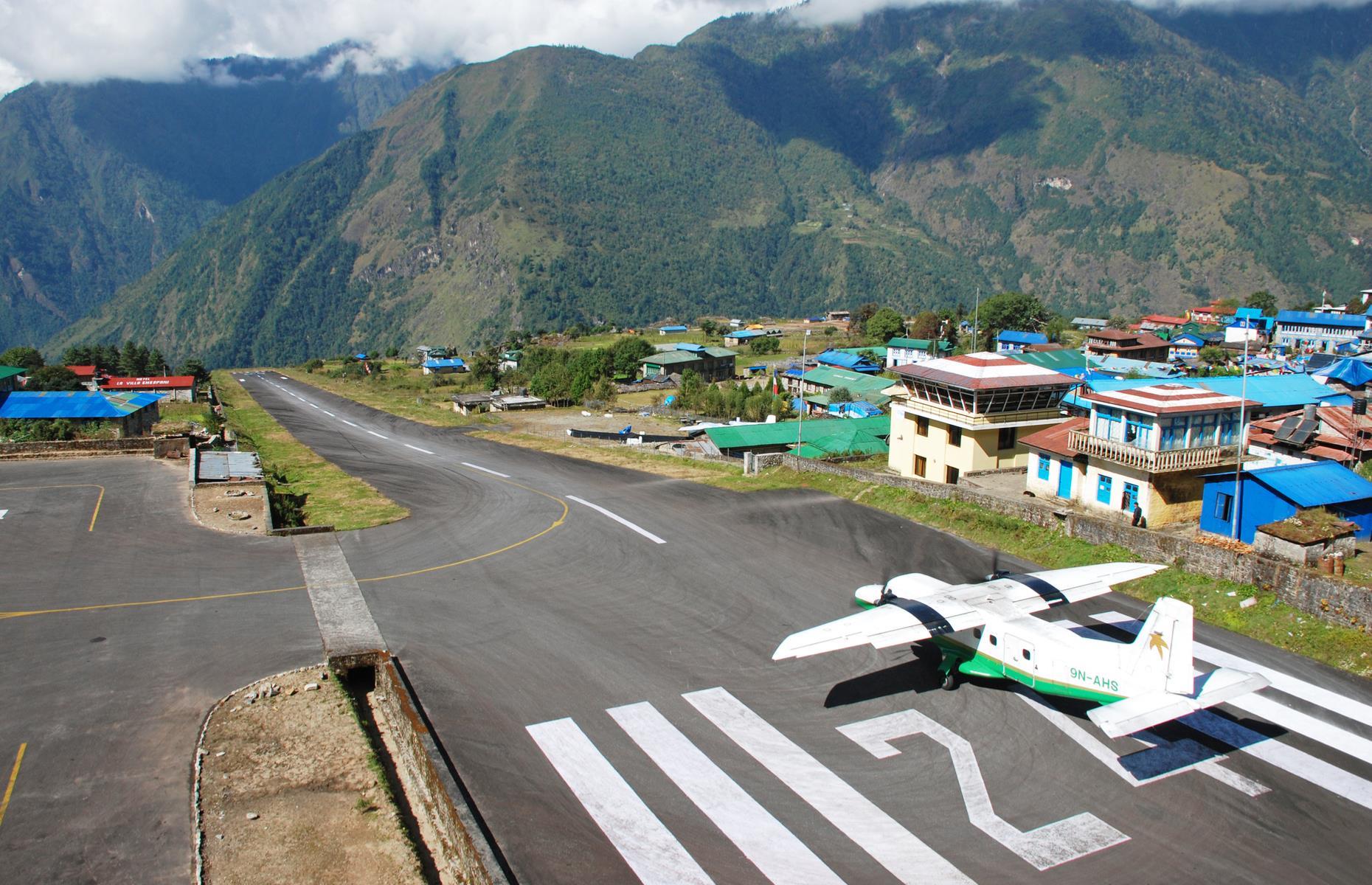 The runway is sloped upwards to a gradient of 18.66% – the highest gradient in the world no less – and, owing to its proximity to the ski resort and passing skiers, it’s probably just as scary being on the ground as in the plane.

The airport on the tiny island of Barra in the Outer Hebrides, off the west coast of Scotland, is the only place in the world where scheduled flights land on the beach.

Owing to Madeira’s increasing popularity as a tourist destination, the runway has been extended several times to accommodate larger aircraft. Instead of reclaiming land, though, the runway was built on stilts and partly covers the Atlantic. The fierce crosswinds, combined with its proximity to nearby mountains, sometimes makes for a heart-stopping few hours (yes, plural!) of hovering at 14,000 feet (4,267m) waiting for the extreme conditions to subside.

Located in a valley at 7,300 feet (2,225m) above sea level and surrounded by lofty peaks reaching 18,000 feet (5,486m) high, planes must take a tight line through a narrow gap in the mountains – in daylight hours only – to reach the runway that’s only visible moments before landing. It’s no surprise, then, that there’s only a handful of pilots worldwide who are trained sufficiently to do this. Rather them than us!

However, those that dare board a helicopter or turboprop planes (the only aircraft allowed to land here) from sister isle St. Maarten will be wowed with incredible views of the volcanic island. The flight is only 12 minutes but they will be some of the most memorable of your life.

Take a look at the world’s coolest airports

No, you’re not imaging it: that is a train you see chugging across the runway of this little regional airport in New Zealand. In fact, it’s the Palmerston North–Gisborne Line, which crosses straight through Gisborne Airport on the east coast of the North Island, making it the only airport in the Southern Hemisphere with a railway line crossing the main runway.

Planes fly so low over a nearby beach and public road that those sunbathing or in traffic can probably see what the passengers had for their meals. The surreal experience attracts plane spotters from all over the world to congregate. Dubbed ‘the St Maarten of Greece’, in reference to a very similar scene on the Caribbean island (see later in this gallery), it’s even scarier for the passengers looking out of their windows.

Forget your comfort teddy to hide behind as you dodge the peaks, though – hand luggage is forbidden. Airport security is incredibly tight up in this region of India and passengers have to comply with much stricter checks than usual.

They built these amazing airports then abandoned them! Take a look

Terrifying yet beautiful at the same time, passengers are usually more worried about the onward journeys to resorts made by seaplane. The tiny aircraft can safely carry a maximum of 15 passengers but it’s the taking off and landing on water that freaks most people out.

While the descent is stunning, landing here can literally take your breath away as the tips of the plane wings appear to touch the side of the snow-capped mountains above the edge of Lake Wakatipu. If the plane overshoots the runway, it could end up in the fjords.

Surrounded by the icy wilderness of the Svalbard archipelago, this airport is the northernmost commercial airport in the world, and what makes it scary? The fact it’s built on permafrost (it’s insulated though). There are no runway lights either, so only flights during the daytime are permitted – which is fine until you realize that in the winter months, the sun doesn’t really rise here.

Not only is this São Paulo airport a scary spot to land, but it’s also dangerous. Famed for its risky runways that are often accused of being the slipperiest in the world due to its lack of drainage grooves, leading to standing water, the airport is located in a dense built-up area of the city meaning planes have to negotiate a way of avoiding the high rise buildings. Passengers feel like their plane is scraping the top of the skyscrapers as they come down to land.

If you’re planning on visiting Everest Base Camp, the chances are you’ll need to go via this mountain landing strip. The approach through the snowy peaks is a challenge for only the most experienced pilots and landing requires precision accuracy so as not to slam into the high mountain at the end of the runway. There are no second chances here…

Needless to say, it’s not a journey for the faint-hearted, with a mountain at one end of the runway and a 1,000-foot (304m) sheer drop at the other. Taking off isn’t any less hairy: the runway is only 1,729 feet (527m) long. Sometimes, this unique airport has to close briefly during the morning due to strong southwest winds which whip around the area.