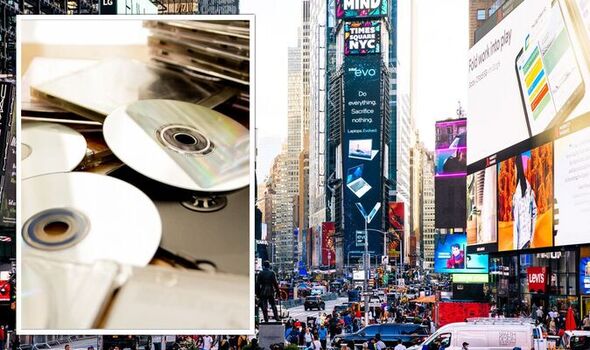 Tourist scams are common all over the world as scammers try to take advantage of holidaymakers. Tourists have been warned over a common scam in the USA.

On Reddit, one tourist said: “There are some people who hand out their mixtapes to you and then demand money for that.”

Another tourist said: “Someone tried to do this with me. I didn’t want to, I don’t have a CD player to begin with, and then the dude screamed at me for not taking the CD and not giving him money.”

In popular tourist areas such as Times Square and the Las Vegas strip, scammers may try a common CD trick.

The scammer will hand an unsuspecting tourist their CD or mixtape and the tourist may assume it’s for free.

However, once the tourist has the CD in their hand, the scammer will often demand money and may become angry if the traveller refuses.

Another person said: “Happened to me in Times Square. One guy started talking to me and before I knew it, there were 10 of them demanding a donation. I tried to give the CD back but they got aggressive quickly.”

Tourists are advised to never take an item they don’t want as they may be charged for it or get in a difficult situation.

If they are handed a CD and the situation escalates, travellers should stay in a public area and ask for help from passersby.

Another tourist said they had been hit by a taxi scam and warned other travellers to take care.

They said: “I was recently scammed by a taxi driver in a tourist area of Florida. He shut the metre off when he realised we were tourists and overcharged us by a lot.

“I think it’s more important to be aware of our surroundings regardless of where we are. Anything can happen anywhere you go. I try to use the Uber app just to avoid the taxi scam.”

Taxi scams are fairly common all around the world and tourists are usually more likely to be targeted.

Tourists can avoid the scam by checking that the metre is working before getting into the taxi.

They could also use apps such as Uber which will tell tourists how much the journey will cost beforehand.

Tourists can also check out the quickest route using a GPS app to make sure the driver isn’t taking them on a long detour.

A US resident warned: “People intentionally bumping into you while carrying something like a liquor bottle or food and it breaks.

“They then flip out and demand money. Be aware of your surroundings and not glued to your phone.”

Tourists may be asked to pay for something after the scammer intentionally breaks it by bumping into them.

It’s important to stay alert in a new destination and it’s a good idea to carry valuables or documents in a flat money belt or leave them at the hotel.

If tourists are the victim of a scam they should contact the police or ask their accommodation provider for advice.