In late September, the DOT proposed requiring airlines and all sellers of air travel to reveal baggage fees, change and cancellation fees and any family-seating fees at the same time base ticket prices are revealed. Airlines editor Robert Silk spoke recently with Stewart Alvarez, president of the Travel Technology Association, which represents OTAs, metasearch sites and GDSs, about the proposal. 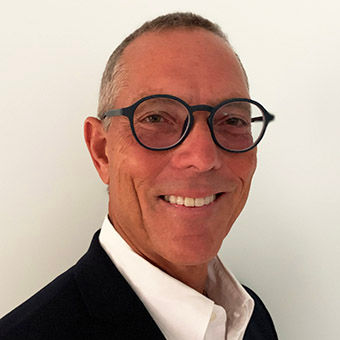 A: The primary thing Travel Tech and its members have always supported is transparency for consumers. I think the core of what the department and the administration are trying to address is really to make sure that the consumer has access to all of the relevant information for their trip.

Q: Are there any elements of what they’ve put forward that concern you?

A: Always, when you have a broad rule like this, where the regulator is trying to address certain things, we want to make sure that things are addressed in the most effective, efficient manner for the industry using best practices and industry standards. When you deviate from that it could potentially present challenges on the implementation side. And so for that reason we are actively reviewing all the aspects of the rule and what the department is proposing so that we can weigh in to make sure that things are done in a manner that is most effective for the industry.

Q: One potentially complicated portion of this proposal is the requirement to disclose what it might cost for a family traveling with someone age 13 or under to sit together. There isn’t just one potential price. The cost at any moment on a particular flight could depend on what row of seats the shopper chooses, for example. Could that be a challenge for the OTAs, metas and GDSs?

A: I think this is where we will be providing comments to help the department structure the rule in a way where it would make sense. If you are doing an initial search, you also have to differentiate between an airline website, which is single-carrier display, versus an OTA, which is multicarrier display. In a multicarrier display, you could very well have carriers that don’t have bag fees, don’t have seat fees, therefore the fare is what you’re going to pay, versus others that charge different prices, whether it’s the carry-on, first bag or second bag but also which seat on the plane you occupy. And in order to determine that, you have to pick the flight. You can’t do that with six different flights on the screen.

Travel Tech members always want to focus on the consumer and making sure that they’re presented with all the options that are available to them. Here, with the department’s goal of enhancing transparency, so long as our members get the information, it will be presented. And we’re used to presenting multicarrier displays. So if you have six airlines, and they all have a different type of policy for seats, assuming that we go and use existing industry standards and best practices, I think that we’ll be able to take the complexity out for the consumer.

Q: Could it actually be easier for your members to standardize displays because the regulations will spell out precisely what airlines have to put forward?

A: I don’t know that it’s that clean, but yes, if it was that clean that the airlines had to provide everything. If you look at the obligation on seats, it’s only for a specific demographic. It’s for families traveling with children under the age of 13, which really begs the question: What about everybody else who’s traveling? Don’t you think they want to sit together? If you’re traveling with your 15-year-old or 17-year-old, I assume that they’d want to sit next to you, as well.