Staff wearing face masks, temperature checks and hand sanitizer at every ride: What Walt Disney World might look like when it reopens

Guidelines have been drawn up that offer a glimpse of what Walt Disney World might be like when it reopens.

The Florida resort has been shut since mid-March as a result of the coronavirus crisis and there is no indication when it will welcome guests again.

But when it can admit visitors once more they will step into a world of magic, plus face masks, temperature checks, social distancing and hand sanitizer dispensing points at every ride. 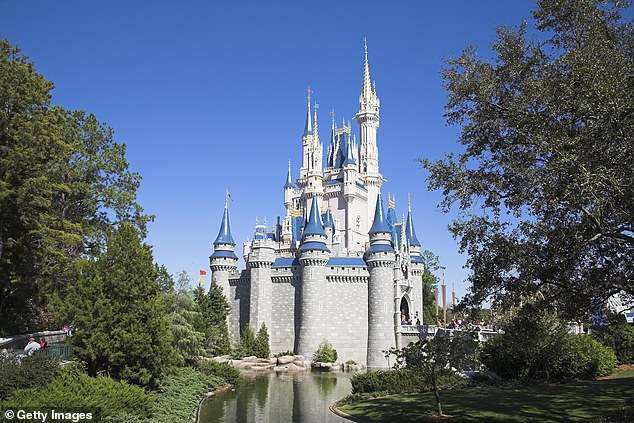 That’s according to guidelines drawn up by the Orange County Economic Recovery Task Force, which has been charged with plotting the Florida area’s route to normality.

The plan would include specific rules, which could be implemented at large-scale theme parks in the area, such as Walt Disney World and Universal Orlando.

In phase one of the reopening, parks would only be permitted to run at 50 per cent capacity and tape markings six feet apart would be required to show where guests would have to stand in lines, reports Disney news site WDW News Today.

All employees at the parks would have to wear face masks and undergo temperature checks with any staff recording a reading of 100.4F/38C or above sent home.

And staff with flu-like symptoms would be required to stay at home, as would any employees over the age of 65.

Touchless hand-sanitizer dispensers would be required at ticket gates, turnstiles and the entrance and exit of every attraction.

If all goes well and coronavirus cases in the area continue to decrease, phase two of the reopening will begin and parks will be allowed to run at 75 per cent capacity.

The task force has also laid out guidelines for the reopening of hotels and restaurants, which would also affect Walt Disney World. 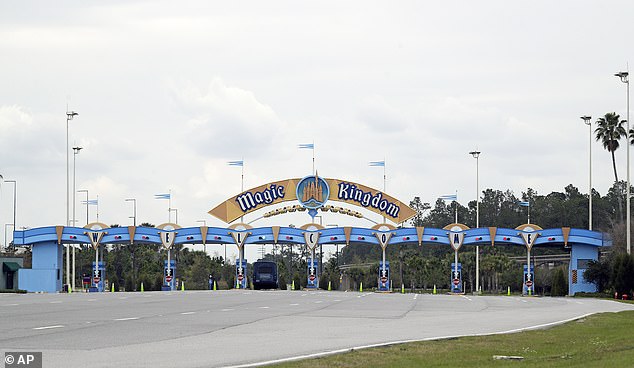 Measures would include limiting housekeeping services, room service only being delivered to hotel room doors, the use of mobile check-in where possible and no self-service food on offer.

In restaurants, menus would be disposable, hand sanitizer would be available on entry and takeaway orders would be encouraged.

All of the guidelines set out in the task force’s report are open to being revised as the pandemic progresses.

Last week, it was reported that Disney’s theme parks might not open again until 2021.

This month, the Walt Disney Company announced it had ceased paying 100,000 staff to save $500million a month. The five-week shutdown has impacted more than 50 per cent of its workforce.