On April 27, 2020, over a dozen states began relaxing business restrictions and loosening stay-at-home orders that had been in place to stem the tide of COVID-19’s spread. After approximately six weeks in lockdown mode, many stir-crazy Americans may look to travel right away.

Andy Slavitt—former Acting Administrator for the Centers for Medicare and Medicaid Services (CMS) under the Obama administration who rebuilt healthcare.gov and currently serving as a senior advisor to the Bipartisan Policy Center as a member of its Future of Health Care Initiative—told Forbes that states’ partial re-openings shouldn’t be taken as an “all clear” to start traveling again.

Slavitt’s predictions throughout the pandemic have reportedly proven him to be ahead of the curve, as he’s advocated for stricter measures and relief packages for healthcare workers and pushed for more COVID-19 testing to be made available since the crisis’ early days.

His advice for would-be travelers: “Don’t ask yourself ‘Does my governor think it’s safe?’ or ‘Do the politicians allow me to do it?’ That’s a hurdle that you’ll be able to jump over more quickly than the real question you want to ask yourself, which is ‘Can I do it in a safe way?’”

Today the United States passed a milestone of one million confirmed COVID-19 cases in the country, but studies strongly indicate that this official count represents just a fraction of the true number of cases occurring in the U.S.

Amid a shortage of test kits, testing has largely been reserved for seniors and at-risk individuals who’re displaying symptoms.

WebMD’s recent survey found that 93 percent of Americans who came down with symptoms over the last 30 days did not get tested and that nearly 40 percent of those who did present for testing said they were denied because they didn’t meet the testing criteria. 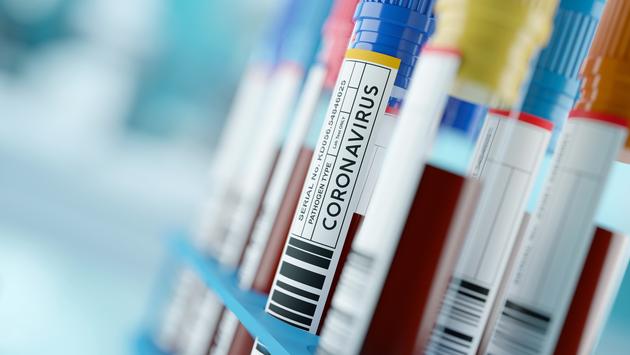 “If you can’t test yourself, you should really think about whether you should be traveling, given the fact that you could have the virus and be asymptomatic,” Slavitt said during a recent ProPublica webinar. “This isn’t just about you getting sick. It’s about you interacting with someone who interacts with someone else who visits their grandmother in a nursing home. If you could test and say, ‘I’m reliably negative,’ that’s another story.”

The Centers for Disease Control and Prevention (CDC) offers some advice and outlines COVID-19 considerations for those thinking of traveling within the U.S., among which is the major question of whether there’s community spread of the coronavirus occurring either in your destination or where you live.

“But, again, how are you going to tell that unless you’re testing?” Slavitt posited in a Forbes interview.

The US already has the technology to test millions of people a day | MIT Technology Review https://t.co/LJSksRGYnV

As the travel industry prepares for a hoped-for return to normalcy over the coming months, major hospitality companies like Marriott, Hilton and Airbnb are launching enhanced cleaning and disinfection protocols to boost consumer confidence when it comes to booking future accommodations. Still, Slavitt called these pandemic-prompted measures “essentially the bare minimum” and “not necessarily enough.”

Slavitt’s overall prediction for the travel industry is that it may not see a real rebound until widespread testing becomes a reality. Given that the public has sacrificed their daily lives for over a month for the sake of self-isolating, people may want proof that they’re safe stepping outside their door. “If people know that half of the people who have COVID-19 are asymptomatic, and they also know that no one’s testing,” said Slavitt, “people are going to be much more reluctant to travel.”

As part of that near-term scenario, Slavitt also foresees that testing requirements implemented by airlines would go a long way towards restoring consumer confidence in flying. “They’re going to start saying, ‘Okay, everybody on the flight is going to have to have taken this five-minute test and gotten a negative, and worn a mask.’”